HOLLY Willoughby wowed fans when she showcased her never-ending legs as she was pictured leaving a friend’s birthday at 3am over the weekend.

The This Morning presenter has relied on a combination of gruelling workouts and a very surprising diet when it comes to achieving her enviable pins, according to her celeb pals. 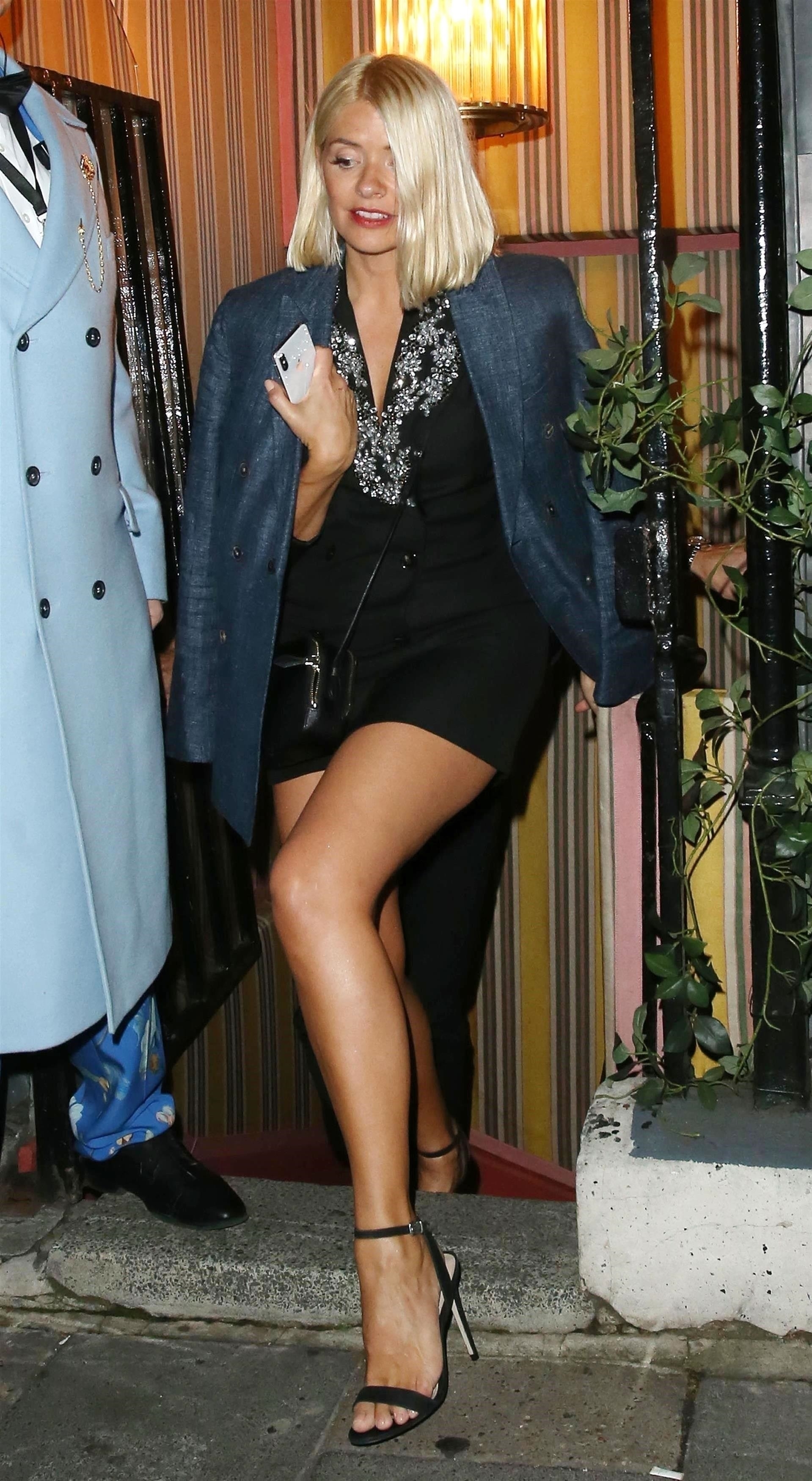 And her hard work certainly didn’t go unnoticed by fans who have gushed about her “gorgeous” legs online after she stepped out in a pair of leg-lengthening sandals and a black mini-dress on Saturday.

Holly, 38, is famously tight lipped about her diet and fitness, previously saying “it’s personal”, and claiming “people get obsessive” with it.

However, her celebrity pals have previously let slip some of her keep-fit secrets, including her love of kickboxing and Pilates.

Here we reveal how Holly got THOSE killer legs… 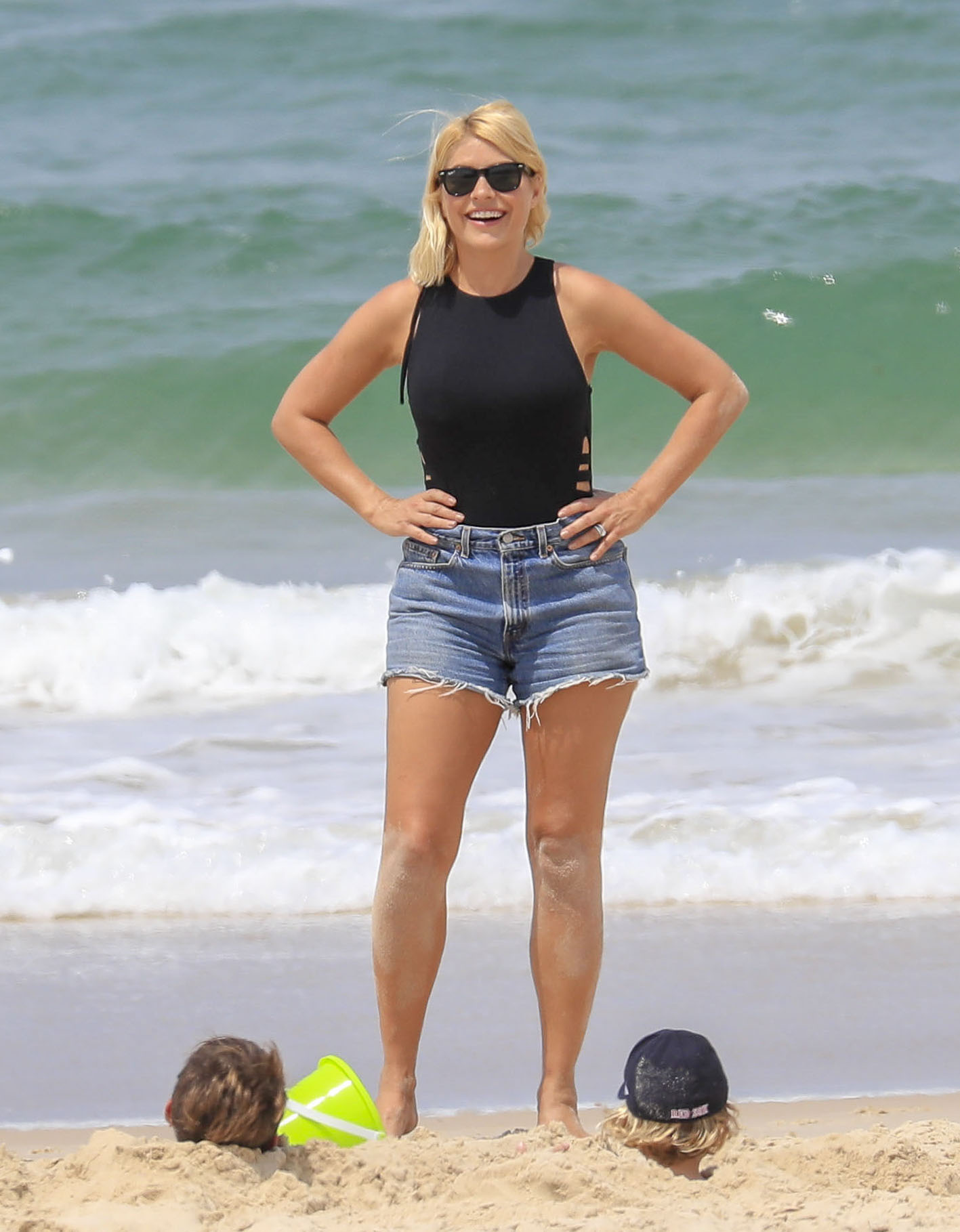 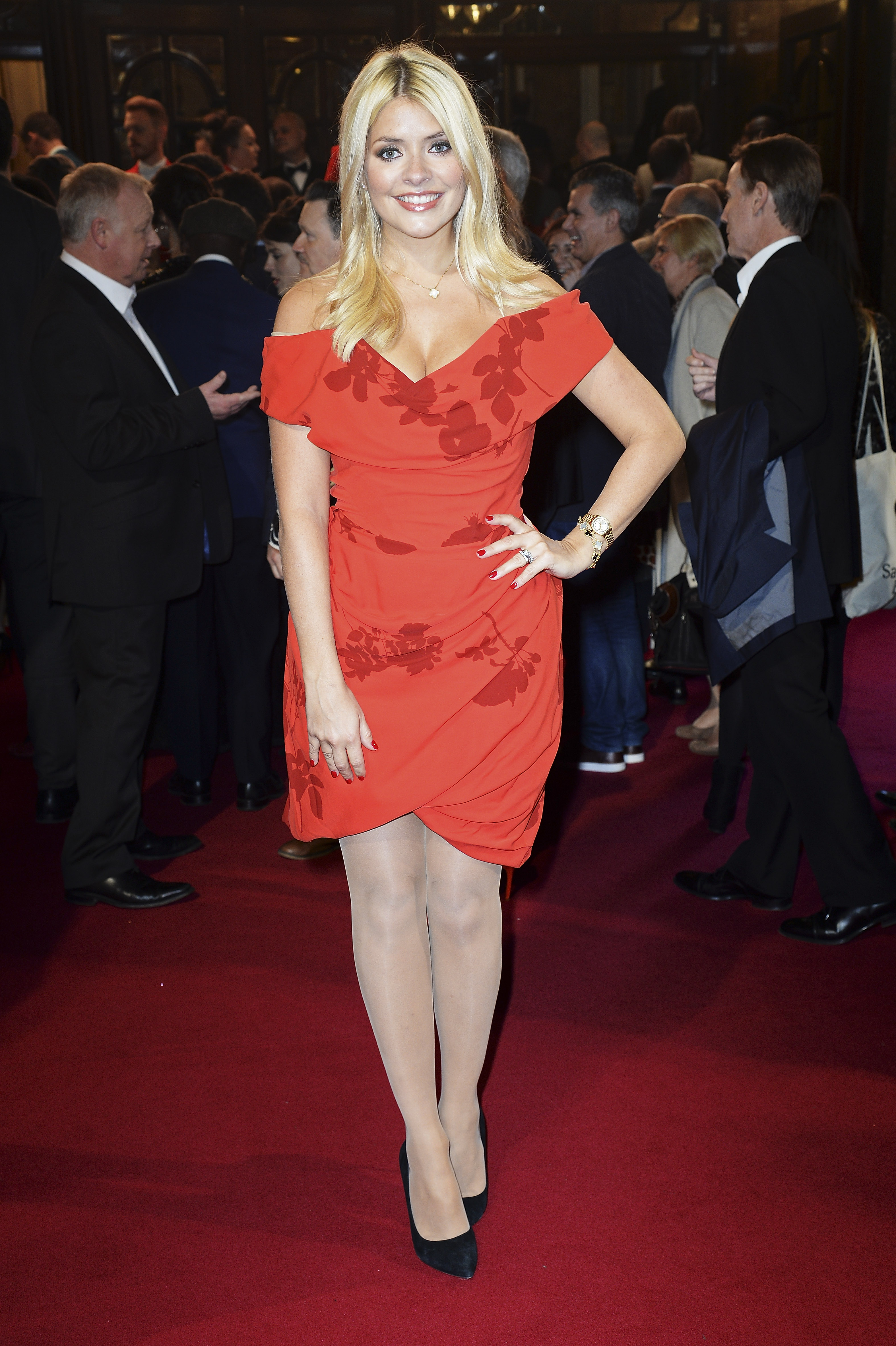 After she gave birth to her eldest daughter, Belle seven years ago, the new mum took up Pilates.

It was the perfect exercise for the busy mum as she could train at home with Lynne Robinson – with one to one sessions costing £60 an hour.

Lynne previously told The Sun: "I worked with Holly for several months, teaching her privately at her home once a week. 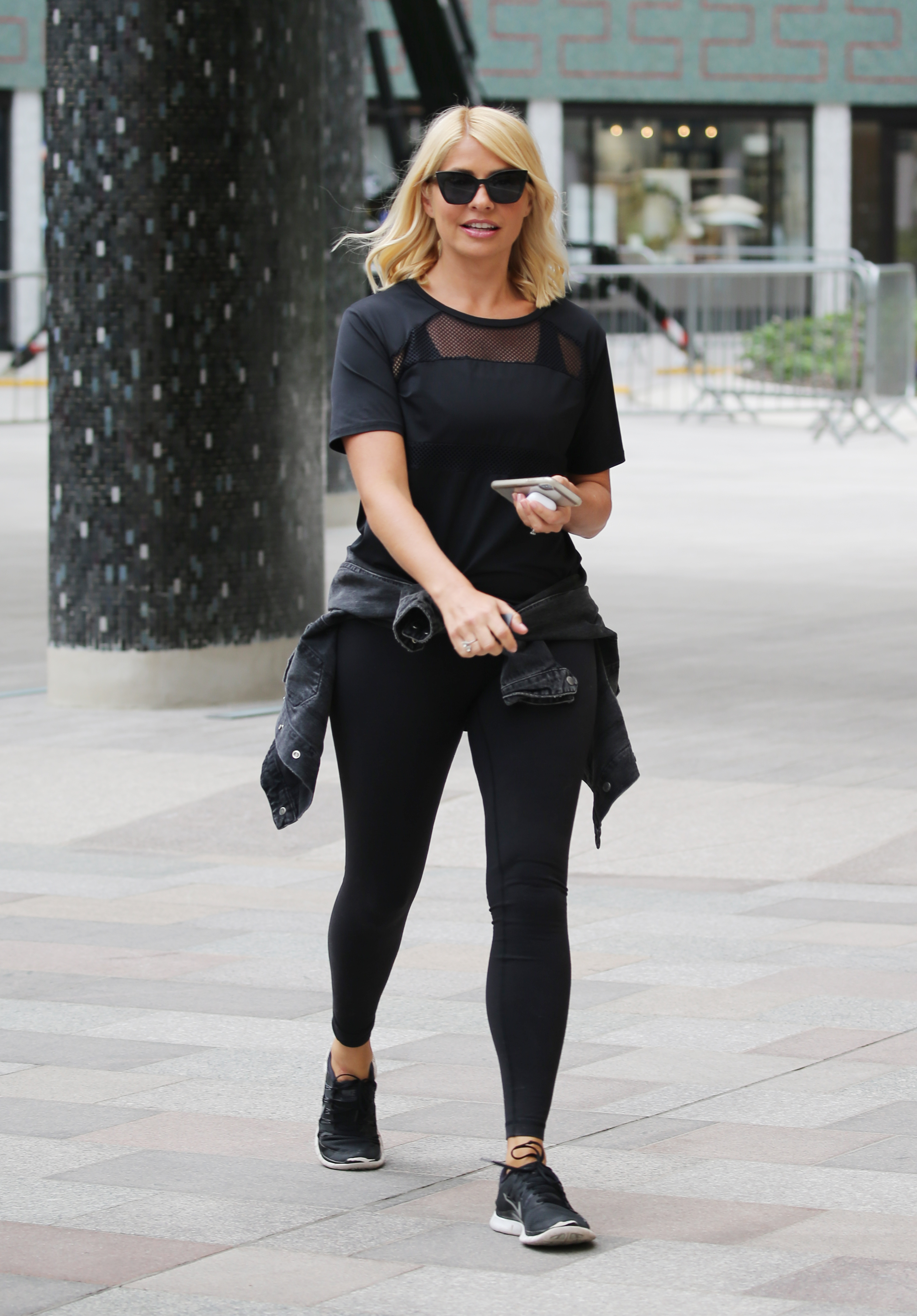 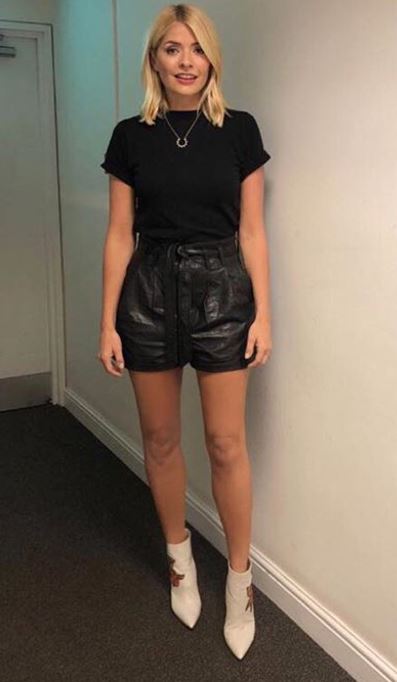 "Holly had postnatal mat work classes which concentrated on strengthening and toning her core".

Lynne also told the Daily Star that Holly’s workouts were no different to her average client.

She explained: “A celebrity workout is no different to a normal workout. Our focus is usually on toning the whole body so that they look (and feel) good 24/7 and 360 degrees!”

Certain Pilates moves like the bridge, side kicks and leg circles help to build up long and strong muscles in the legs. 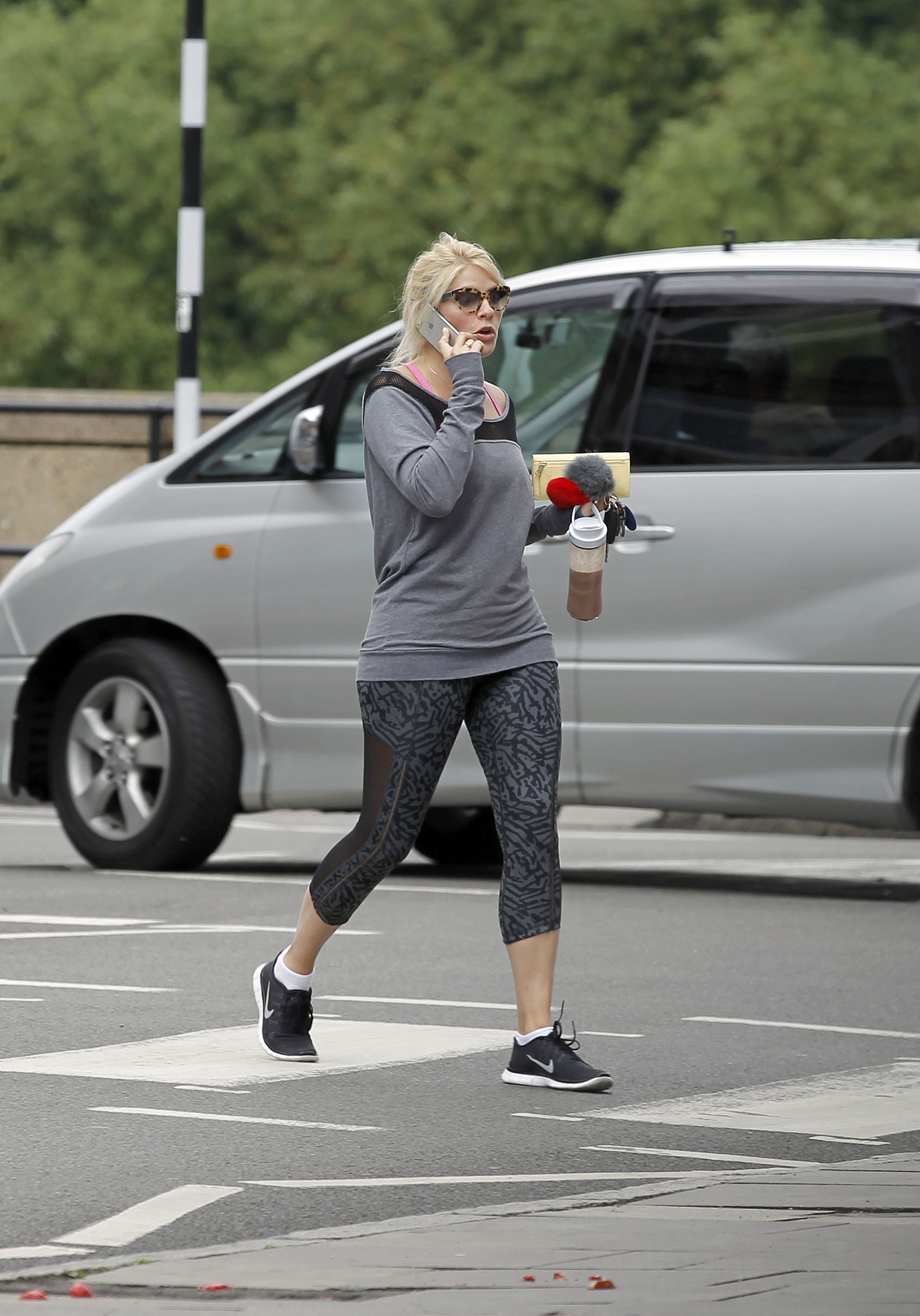 Holly also maintains her amazing legs with boxing classes, which can burn 300 calories every 30 minutes.

Typically costing £60 for a one-to-one session, the discipline works out the whole body, but is also great for leg-specific moves.

Slipping and rolling moves work your legs as perfecting a punch starts from your legs and works up.

Celebrity Juice host Keith Lemon let it slip in an interview that he knows how Hols manages to keep fit.

He said: "I’ve heard a rumour that it’s some sort of boxing." 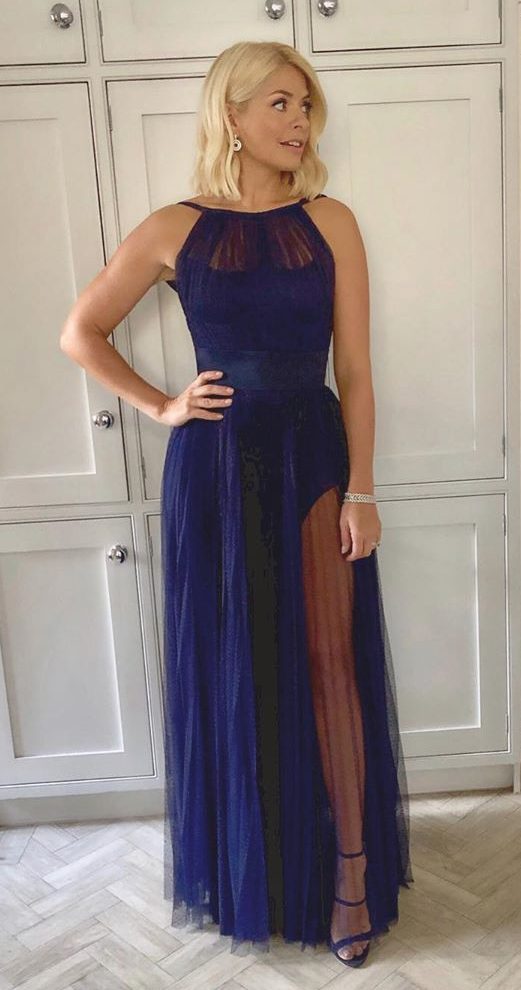 A source told Fabulous Online that Holly sticks to a relatively low-carb diet, mainly eating chicken and fish, served with lots of vegetables.

Holly is adamant that her lifestyle should be all about compromise and she regularly posts on social media about her vices, which include calorie-laden cheese fondues and champagne.

And it is this healthy approach to her diet that will help her to maintain her shapely pins.

According to Healthline it is important to eat enough calories to build muscle and maintain strength in your legs.

This is the best thing he’s ever done for me… ?

While you catch many celebrities lounging by the pool, Holly is more of a water baby and can regularly be seen taking a dip – something that is known to help tone legs.

Whether she is frolicking in pools with co-host Philip Schofield on their joint family holidays or taking the plunge in the Portuguese sea – Holly is never afraid to get her hair wet and take a dip.

Swimming can help to tone and define your legs.

Experts recommend wearing flippers to build up resistance in the pool and using a kickboard float in order to focus your energy on your legs in the pool.

The presenter is conscious of her status as a role model and avoids talking about her diet having previously told Prima she "doesn't want to encourage eating disorders".

“I try not to focus too much on my appearance. As long as I’m being healthy, that’s good enough for me," she explained.

In other fitness news, we revealed how you can lose weight fast by setting a calorie limit for each meal not day, according to experts.

And we revealed how you can blast belly fat by eating more of these five foods.

Kelly Ripa, 49, Cozies Up Close To Hubby Mark Consuelos In Off The Shoulder Ball Gown At The Oscars

When was Prince Louis born? His full name, weight and birth details for Kate Middleton and William's third child

I NEVER Wear Crop Tops, But These 3 Outfits Have Me Re-Thinking My Entire Life

Conspiracy theorists think this WWI-era photo is of Elon Musk