JAMIE and Jools Oliver are a very rare couple in showbiz – they are the ones who met before finding fame, and have managed to withstand all its pressures to stay together, and build a happy family.

What makes this achievement all the more remarkable is that they were teenagers when they met. 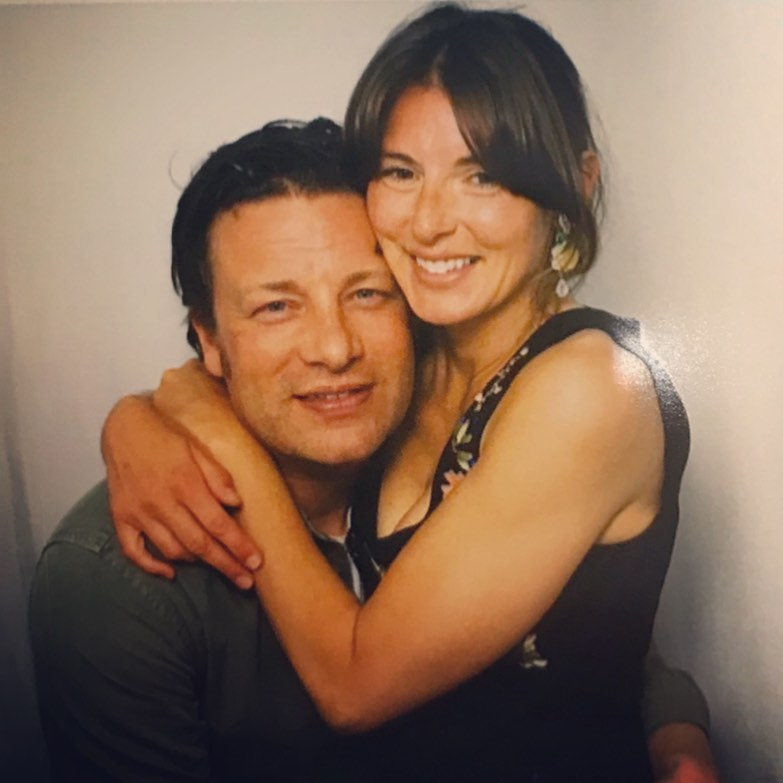 Jools – her real name is Juliette – had joined Newport Free Grammar School near Saffron Waldne aged 16, and when 17-year-old Jamie came back to see his old mates, she was struck by how much everyone loved him.

Earlier this year, she confessed, “He was really popular. I thought, 'I want a bit of that! I want to see this Jamie Oliver character!' We went out one night and that was it."

It could have all ended in tears, because that night was a double date in a souped-up Ford Fiesta, which Jamie drove into another car. 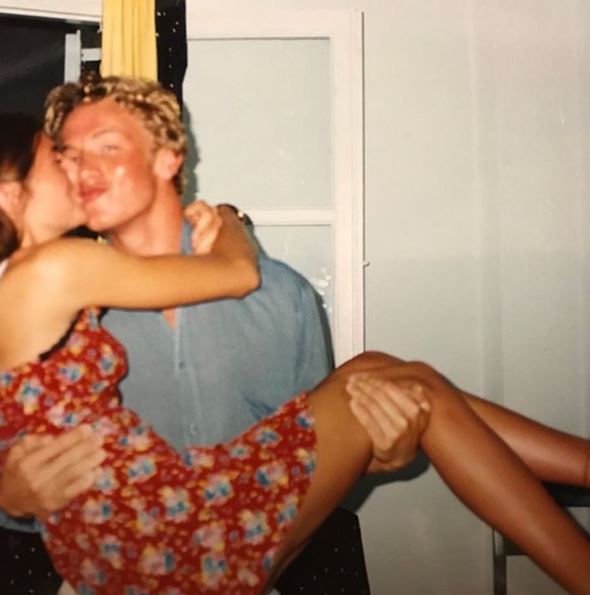 “[Jools] felt sorry for me. She thought, ‘The way he drives, he needs support in life’,” the chef has admitted.

Now, a source close to the couple has revealed the dynamics that have held their relationship together for nearly 30 years – and tells Fabulous although Jools, 45, has more or less “kept out of the limelight” while Jamie, also 45, has become increasingly famous over the years, she has “much more influence on the relationship than it appears from the outside.”

Our insider adds, “It’s not just that she supportive of him, and sorts everything out at home with their five kids while he gets on with the business side of things – she’s actually the force behind Jamie and his stratospheric success.”

Both Jamie and Jools are famously down-to-earth, and that’s one of the reasons they’ve been able to survive the fame that was thrust on them. 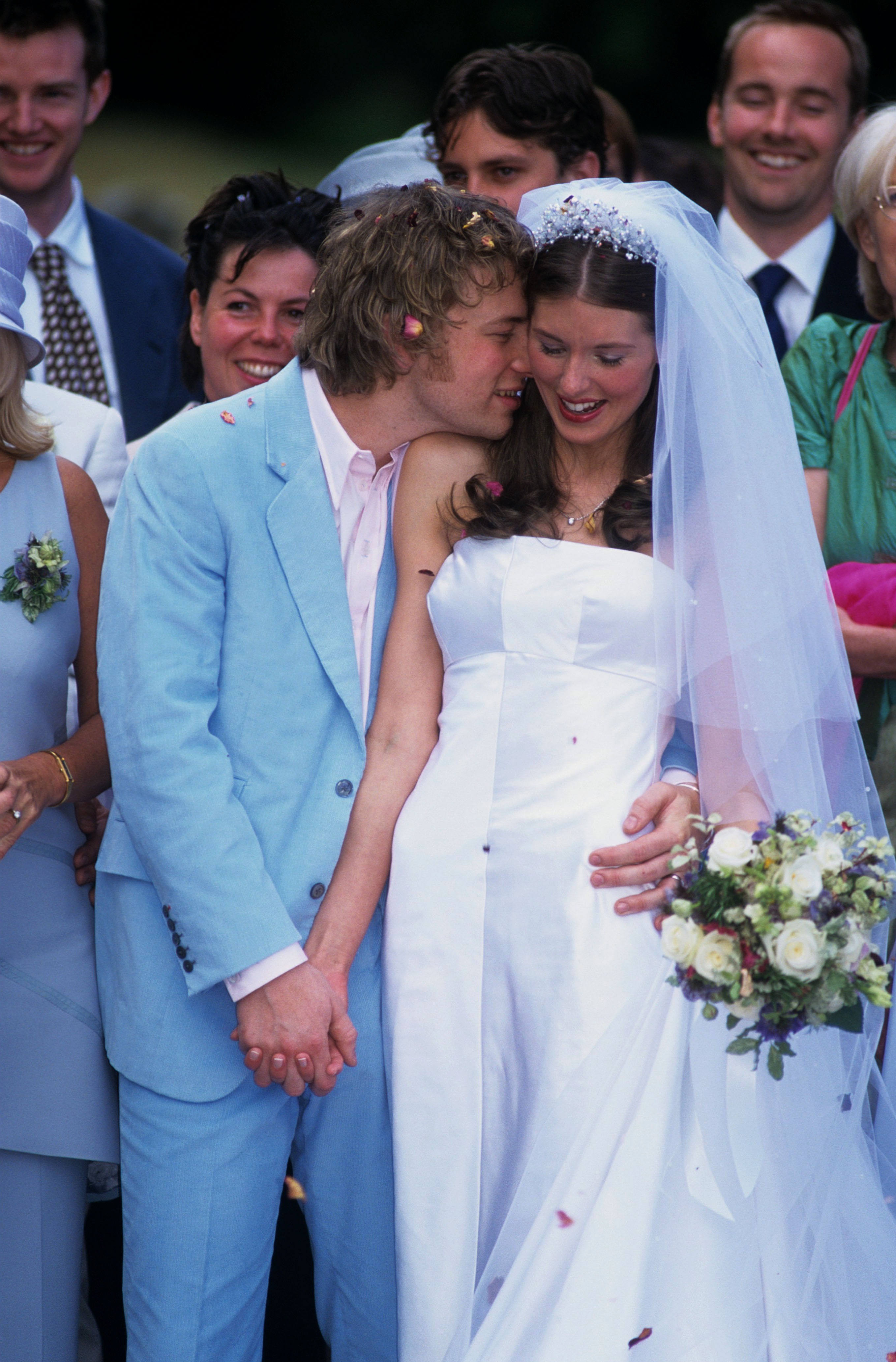 Unlike many celebrities, Jamie was spotted by chance.

He was working at The River Café in Hammersmith when a TV series was made about the restaurant, and producers spotted the potential of the cheeky Essex boy.

Our source says, “He’s very personable: warm, and full of energy and ideas. He’s naturally charismatic in a relatable way, and that came across immediately. He was a cheeky lad, and a potential goldmine.”

He was given his own series, The Naked Chef – and the rest is history. From banning turkey twizzlers to now being at the forefront of the nation’s fight against obesity, Jamie has made sure he’s famous for much more than his ability to cook up easily accessible grub. 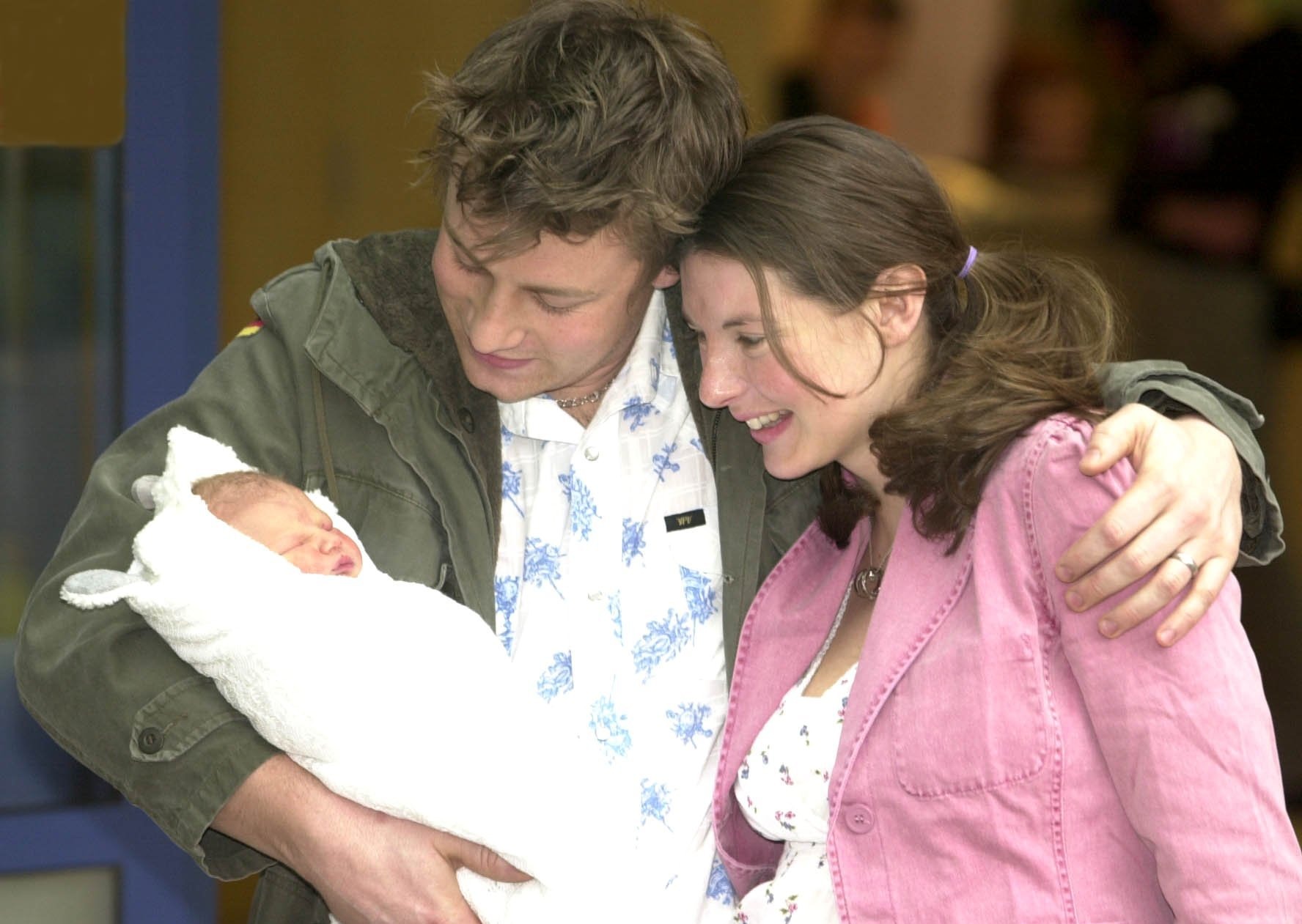 Meanwhile, former model Jools has been at home – formerly Primrose Hill, then Hampstead and now Essex – looking after their five chlldren, the first of whom, Poppy Honey, arrived two years after their wedding at All Saints Church in Rickling, Essex, in June 2000.

Jamie has said of his wife’s natural parenting skills, “Until she became a mother, I never understood… she’s a mum and that’s her world,” while Jools has confessed, “I knew I didn’t want a career but wanted to do what my mum did, bring up children.”

So it’s no surprise that so many have followed! As well as their oldest, Jamie and Jools have Daisy Boo, 17, Petal Blossom, 11, and long-awaited boys, Buddy Bear, nine, and River Rocket, three.

Unsurprisingly, that makes for a lively household. 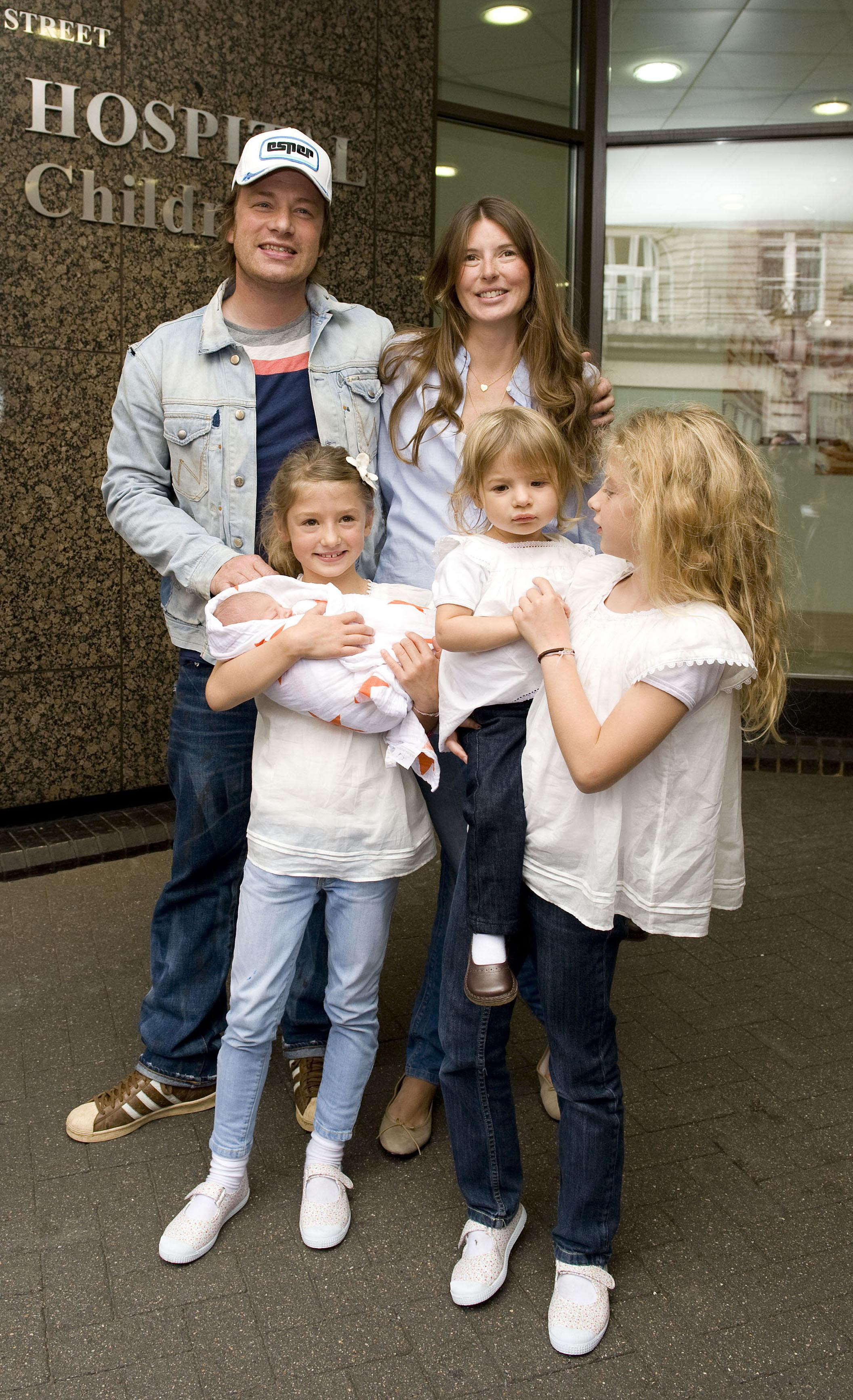 But although the pair have had some help over the years, they want their kids to have as grounded an upbringing as they did – after all, Jamie grew up helping his mum and dad out in their pub – which means Jools has mostly taken the strain.

Our source says, “Jamie always talks about how important his children are to him. He and Jools are both of the opinion that they don’t want their kids to be brought up with silver spoons in their mouths, as they had humble origins.

“They want their kids to be as down to earth as they were and not take their wealth for granted at all. That is his and Jools’ biggest parenting concern. They don’t want to raise spoilt rich kids.”

What’s more, it rankles with Jamie when Jools is portrayed as a lady of leisure. 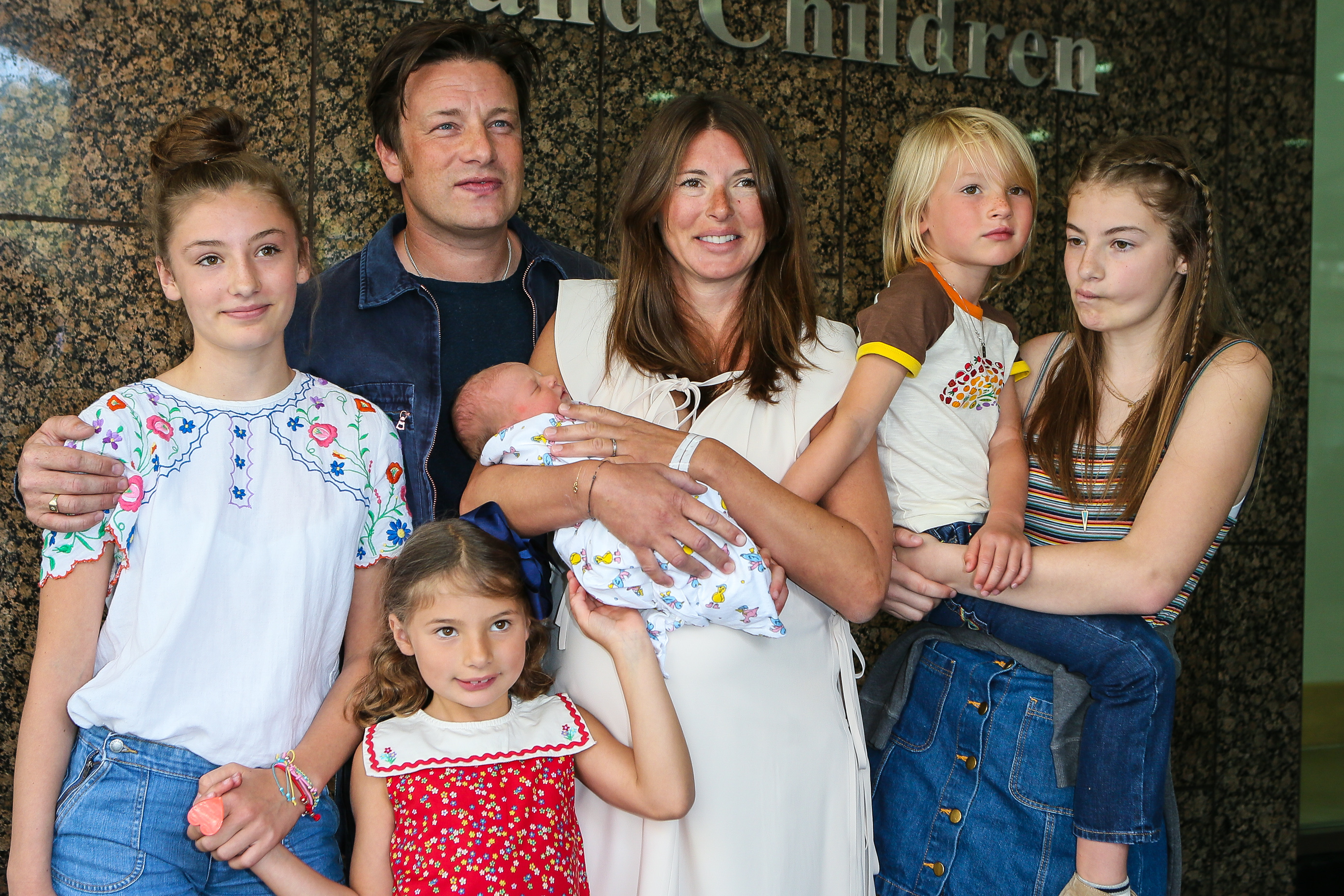 He’s said, “Jools might seem like a lady of luxury, but she works really hard. I try to look after her and be romantic, but sometimes that’s just making her a cup of tea when she’s been busy looking after the kids.”

Although Jamie’s job has often taken him away from the family for long periods of time, when he’s working at his North London offices, one of their relationship rules is that he always makes time for family life.

“He made sure that was built into his diary,” our insider says. 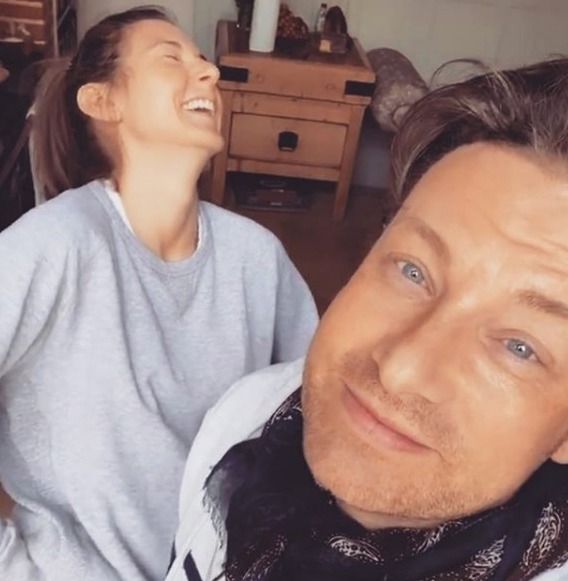 “Although he might not necessarily look it from his cheeky demeanour, Jamie is actually very disciplined,” adds our source. “He might stay for a couple of beers at the end of the day, but there’s always a cut-off point so he can get home. His priority is family and business, in that order. For someone like Jamie, time is money so he’s had to juggle.

“He often has a chauffeur waiting in a Range Rover so that he can get home as quickly as possible to be with Jools and the kids.”

However, despite their successful marriage and happy homelife, there have been some rocky patches in their lives.

Yesterday, Jamie was branded a "hypocrite" for supporting the government's new health campaign to crack down on obesity – as as viewers claimed he has put on weight himself. But Jools has been there to support him through it all. 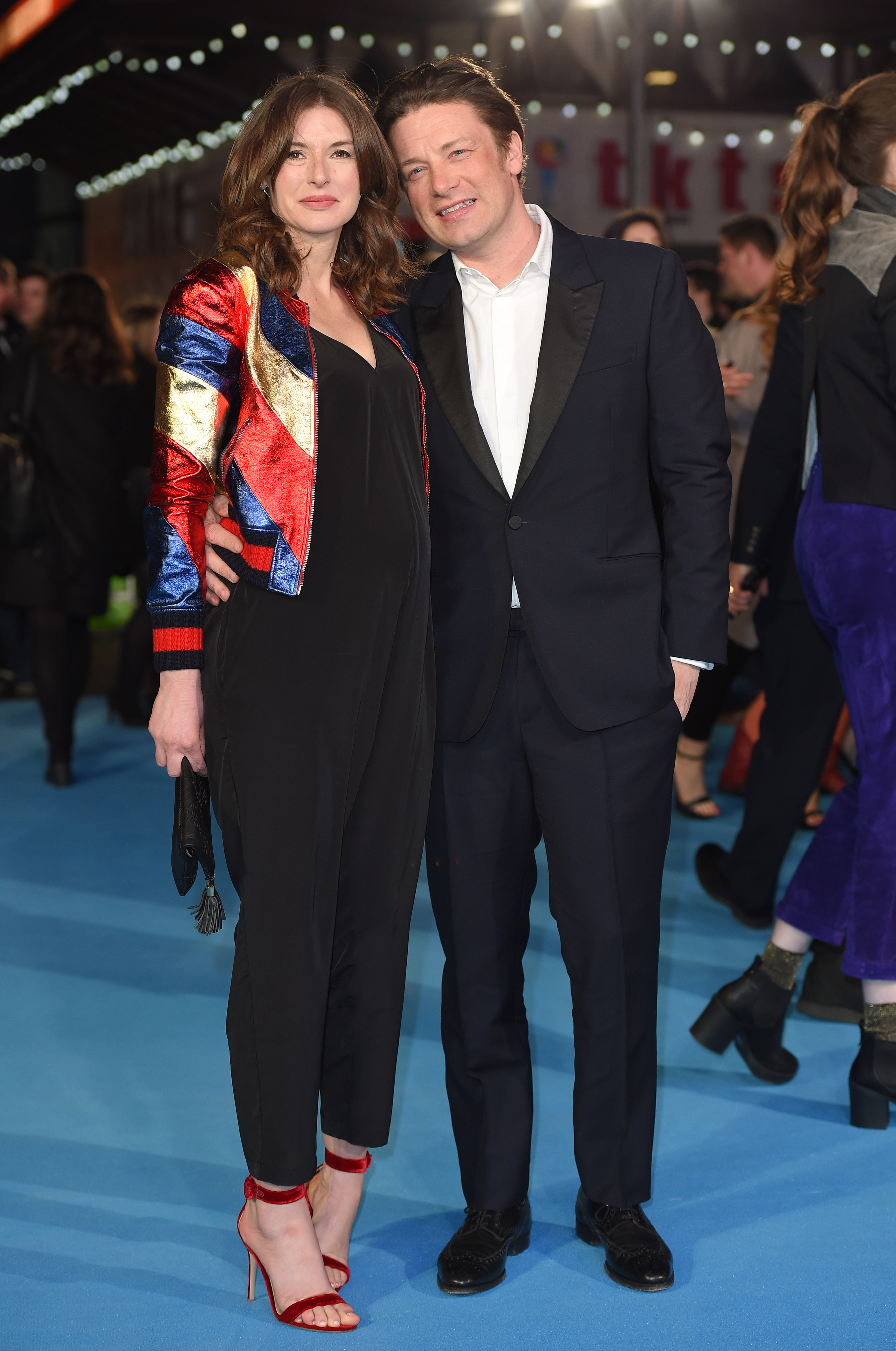 In recent years, Jamie’s business has had a rough ride, after his Jamie’s Italian chain went into administration.

The finger of blame was pointed at his brother-in-law Paul Hunt, the husband of Jamie’s sister Anne-Marie and the CEO of Jamie Oliver Ltd, who was appointed in 2014.

The couple live around the corner from the Olivers’ £6million country pile in Finchingfield.

“The tension for Jamie has always been balancing being an entrepreneur with ethics with the allure of making money. He’s always wanted to stay true to his values, while expanding the business,” our insider reveals.

“Jools was fully supportive of his decision to hire Paul as she’s as much as believer in keeping things in the family as he is.

Although he might not necessarily look it from his cheeky demeanour, Jamie is actually very disciplined. He might stay for a couple of beers at the end of the day, but there’s always a cut-off point so he can get home

Plus her concern has always been that Jamie doesn’t take on too much, so when Jamie’s Italian first came into being she was worried. Paul joining the business seemed the perfect solution.

“But the reality is Paul is a bit of a plonker. It’s unfortunate that family and business got mixed up.”

There’s no doubt that the couple will overcome these hurdles, however. There are still plans for a sixth child – Jools recently revealed she had a miscarriage in lockdown – although she says, “I am very happy and I am pretty full up at the moment as it is.” 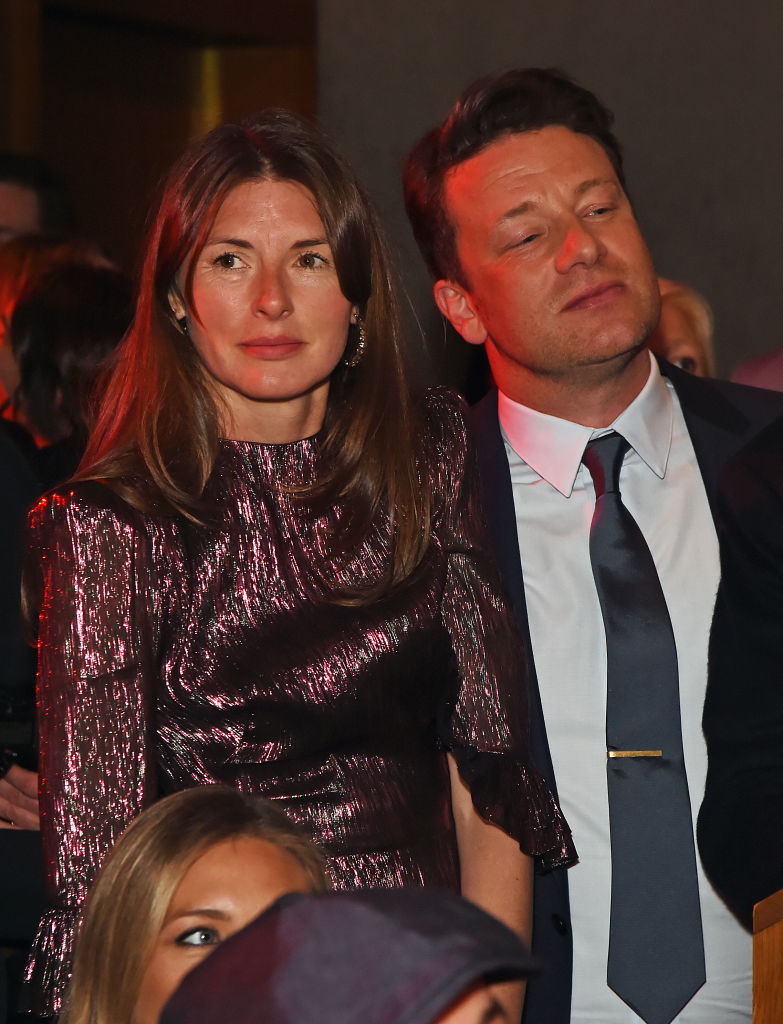 They were set to renew their vows after twenty years of married life, but the pandemic put paid to that.

However, lockdown has given Jamie the chance to spend more time with the wife and kids, even though he jokes, “She is as mad as a hatter, won't stop cleaning but she's a gem and a good girl."

The reality is, our source says, that Jools is Jamie’s “anchor point”, adding, “At the end of the day, he’s doing all this for her and their children.”

For more celebrity stories, Mrs Hinch said that her job as an influencer is ‘exhausting’ and she has ‘never worked so hard in her life’.

And we took a look inside the glam life of Romeo Beckham’s model girlfriend Mia Regan, from luxury holidays to style & humour to match Victoria.

Plus these are the clues Meghan Markle’s ‘friend’ Lainey Lui could be secret source behind bombshell Royal book.

Blending the Beauty of Culture and Fashion: Milan Mathew on Honoring Her Desi Heritage

Yes, Jason Sudeikis Will Be Wearing Another Hoodie to SAGs