Home » I collect stray hair out of the shower & off the floor & turn it into extensions, it takes 8 months but it’s worth it

THIS woman has been collecting her stray hairs for months to create homemade hair extensions.

The Tiktok user, who goes by the name cocolee379, has racked up over 3 million likes on the video, and people can’t believe how much hair she has collected so far. 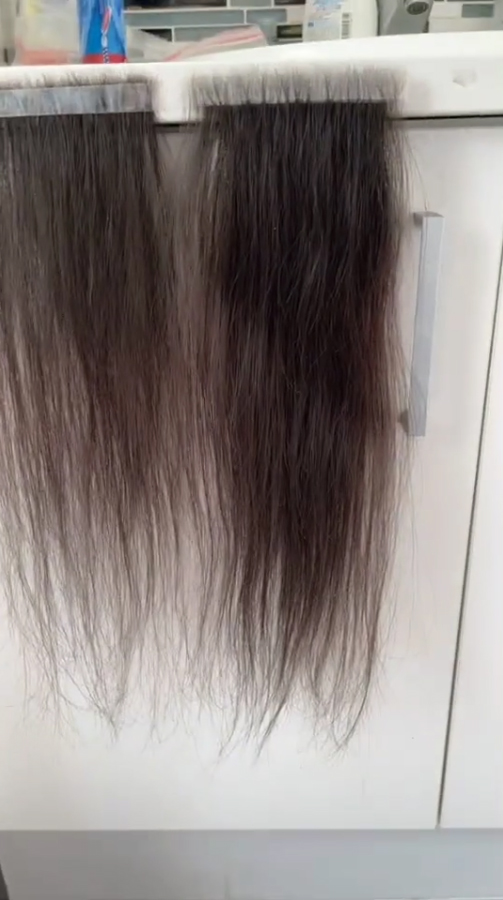 Since she began the challenge in August, every time this woman has seen one of her hairs lying on the ground, stuck to the shower, or attached to her clothes, she carefully picks it up.

She even makes sure to check less obvious spots for fallen hair – like her car interior, which collects a surprising amount of hair.

The strands then go into a zip-lock bag, and when enough has been collected, this Tiktok user sticks the hairs one-by-one onto strips of adhesive tape.

Lined up on her bathroom sink unit, this woman’s DIY hair extensions look both impressive and alarming. 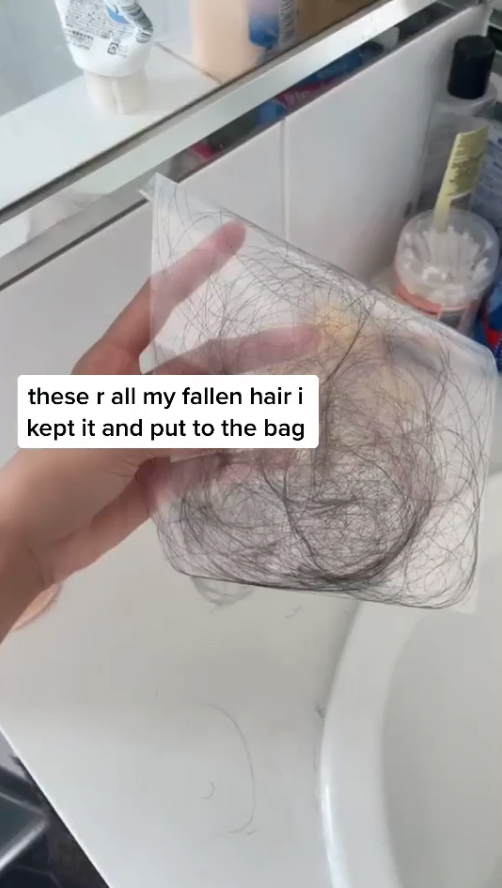 The job isn’t as simple as just collecting the hair, though.

This woman also cares for her homemade extensions, combing them regularly to make sure they stay sleek, smooth, and tangle-free.

The Tiktok user hasn't finished her extensions yet, so they're not in proper condition to be clipped into her hair for long periods of time.

However, she has demonstrated what she'll use the extensions for in a recent video, putting the DIY hair pieces in place to show how they'll look on her head. 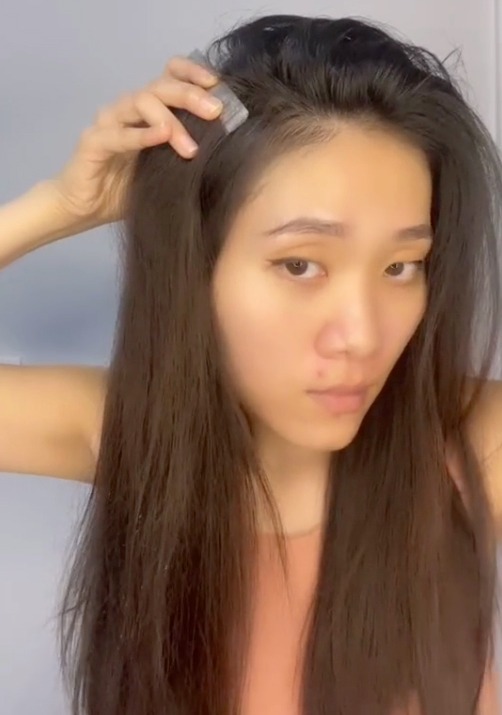 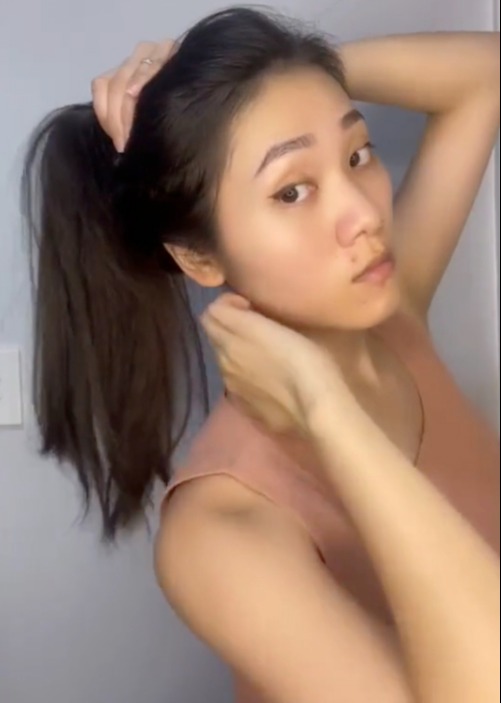 The video has racked up over 21 million views, and commenters can’t believe their eyes.

“Imagine going to someone’s house and this is in their bathroom”, said one stunned commenter. 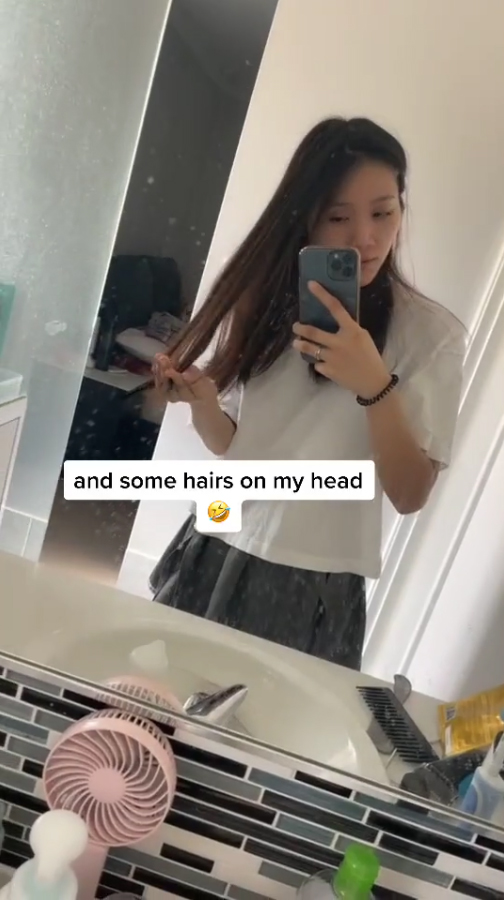 Another wrote: “What is the point of this? Not being sarcastic, I’m genuinely wondering why people do this?”

Some viewers, however, wanted to try out the technique for themselves.

“I need to start doing this too. I lose a lot of hair”, wrote one commenter.

“Wow I should really try this”, wrote another.

We shared this woman's top tips for how to go a week without washing your hair – without getting greasy.

Previously, an expert hairdresser revealed why you MUST look down during a trim.

Meanwhile, this shopper claims Primark’s £12 hairdryer is just like the £239.99 Dyson version.