MATCHING TATTOOS can be a great way for siblings to bond and offerareminder of how much the relationship means to each other.

However, one woman has gone viral on TikTok after her and her sister decided to get matching tattoos that went horribly wrong. 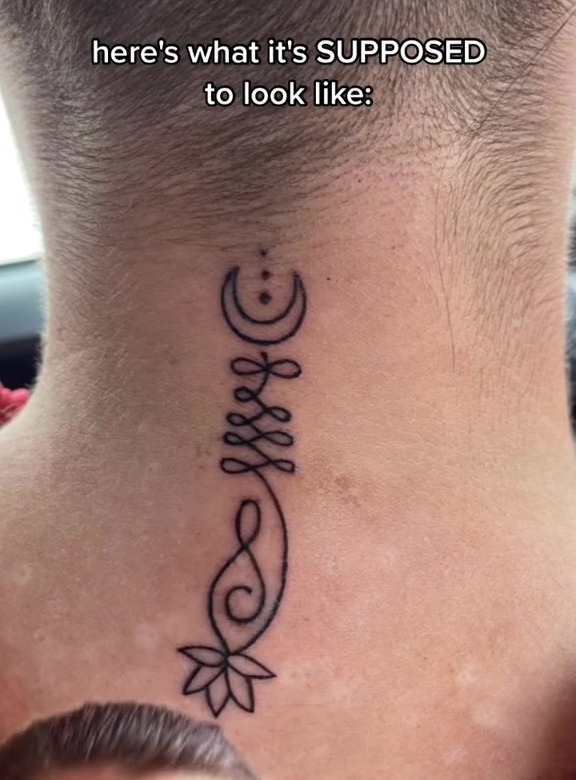 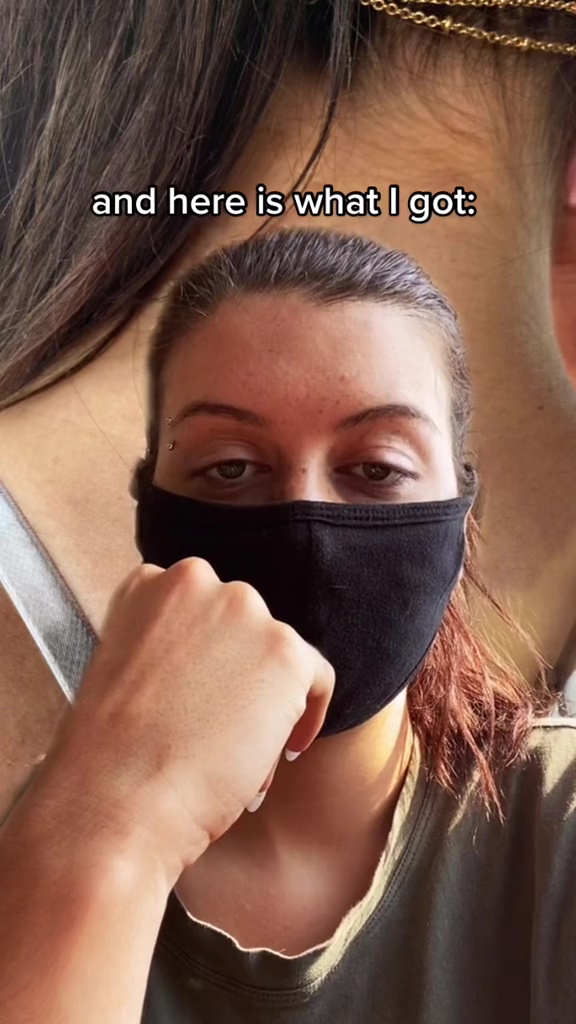 The woman posted the video to her TikTok account, redaces93, where it has been viewed over 800k times.

The 28-year-old revealed how she had designed matching tattoos for her and her sister which they went to get together.

She said the experience went horribly wrong and that she was super p****d by the results.

In the video, she explained that her sister's tattoo came out perfectly, and showed how the tattoo was supposed to look like.

The tattoo, which is placed on the back of the neck features a moon, infinity symbol and intricate line detail with a lotus flower at the end.

She then showed how her tattoo came out, although it did follow the design there were some inconsistencies with the overall design.

Most read in Real Life 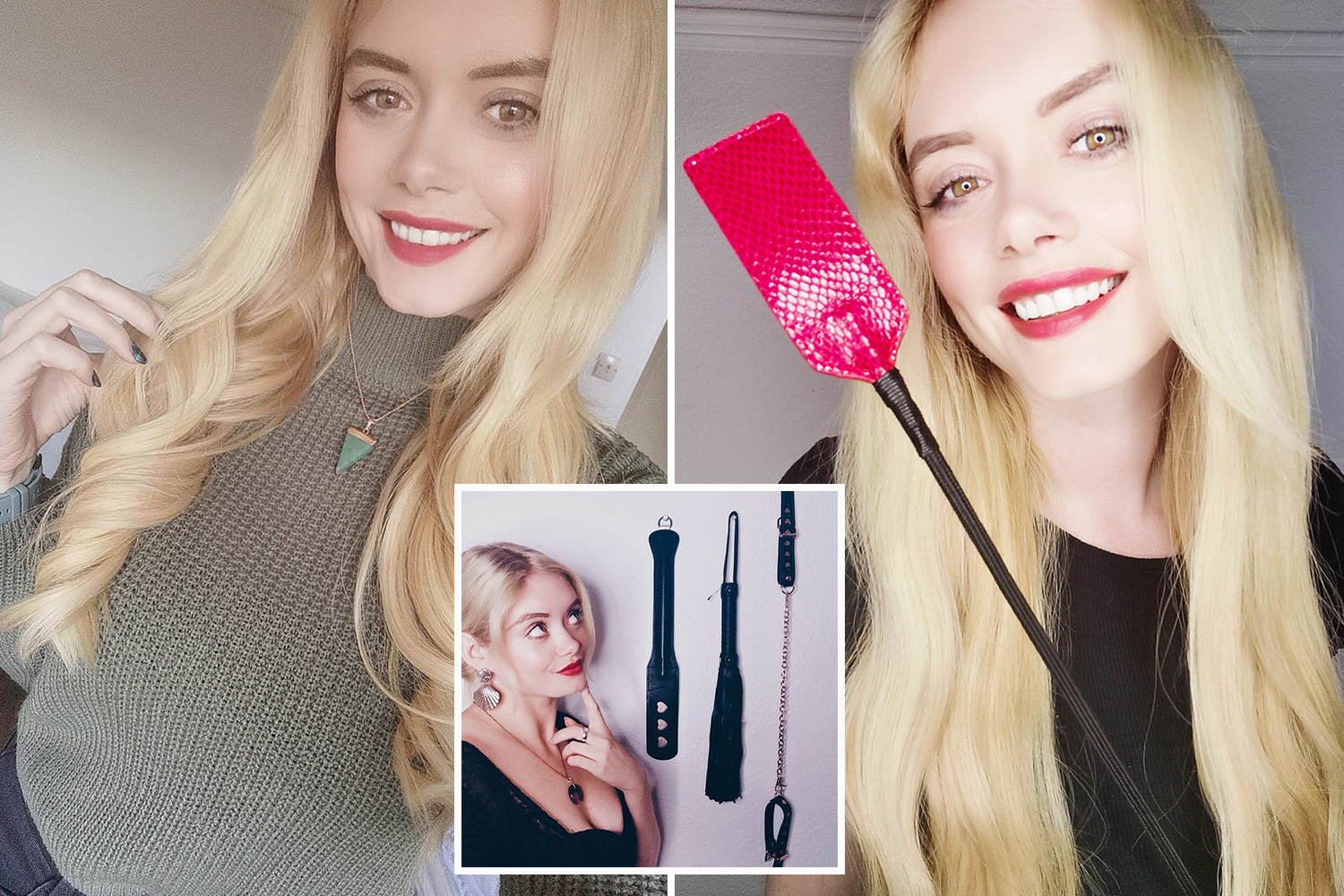 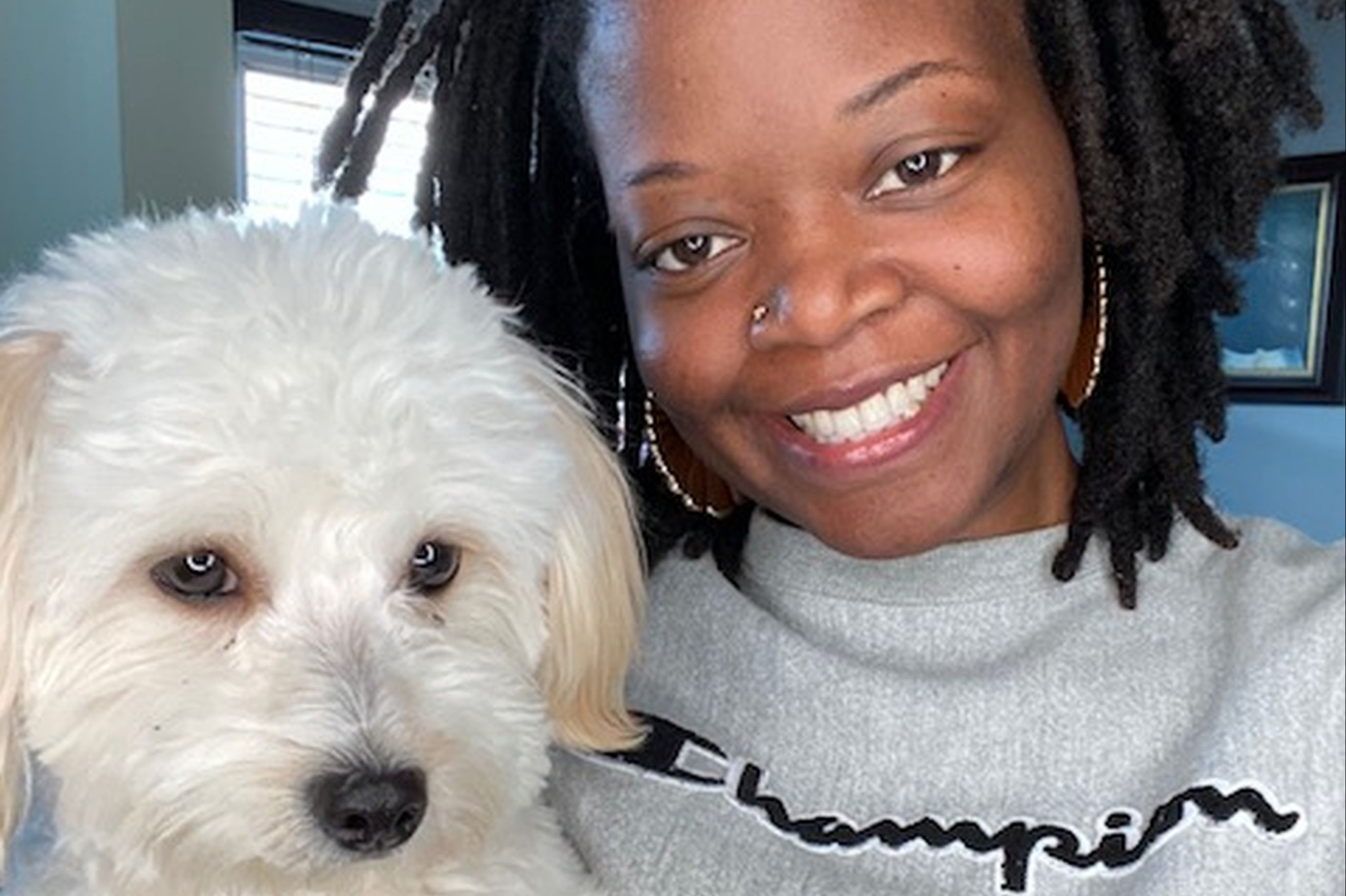 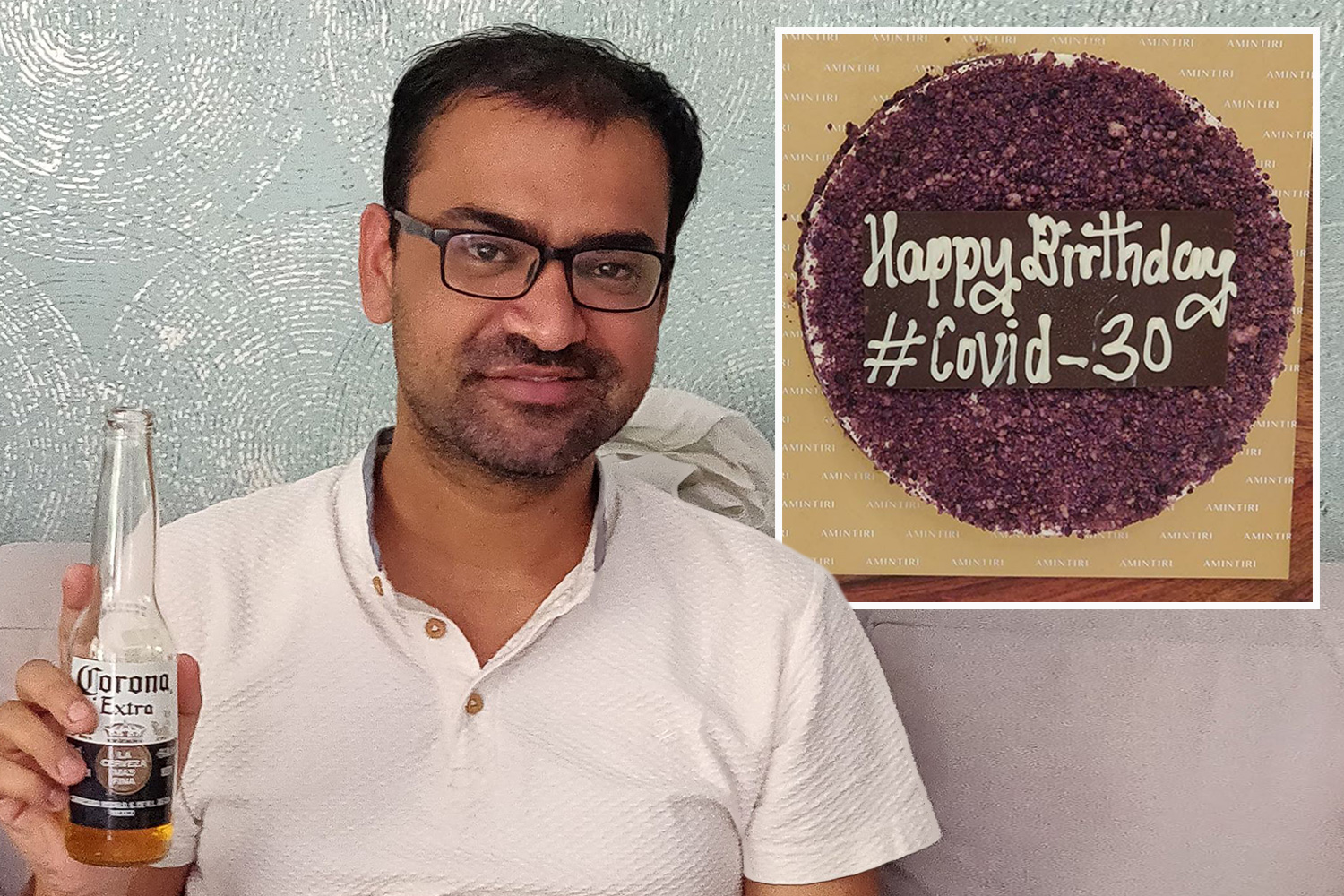 I love my unique name, but people think it's a joke

In the caption she said the artist blamed it on 'tattoo blowout' which is when the tattoo artist presses the ink too hard into the skin, but the woman said she thought his lack of skills was too blame.

The woman said she did get her money back for the tattoo, which looked like it had been freehanded rather than the artist following a template.

She said she was livid but that the artist did not seem to care and asked users if she could fix the tattoo without getting laser removal.

In a later video she gave a side by side comparrison of what the tattoo should like and what she got.

She claimed that some of the shapes were crooked and that the line detail differed in thickness, she also said she had a tattoo from the same arist previously which turned out great and couldn't understand why this one turned out so badly.

She also wrote that he did use a stencil of her drawing but that after he was done it looked like he had not followed the stencil lines at all.

Some users claimed they couldn't see anything particularly wrong with her tattoo, one wrote: "I'm so confused, They look similar if not the same to me? Am I missing something or?"

"I can’t see what’s wrong help me see it." Commented another.

But other users could see why she was unhappy; "People in the comments "they look the same, am i blind?" yes. yes you are."

Another user said: "Oh, I see. The artist seems inexperienced and so the design came out shaky and disproportionate. Sorry girlie." 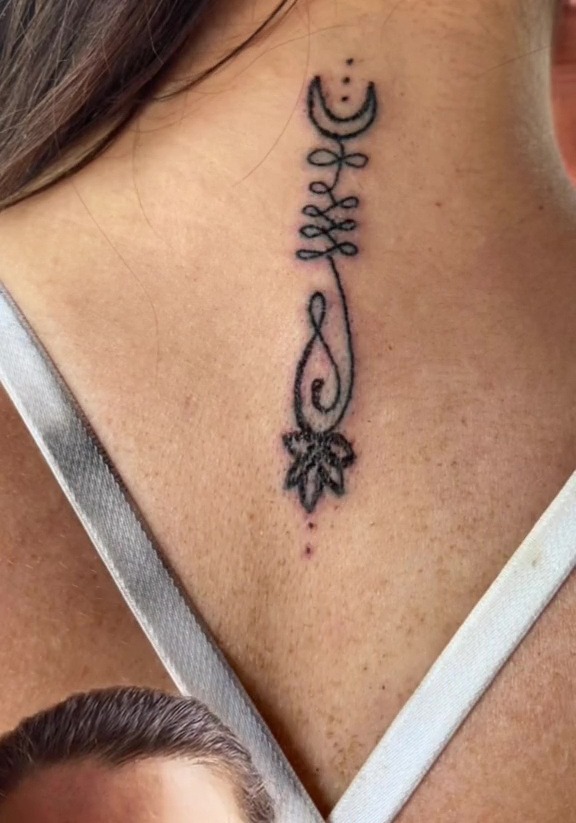 For more bad tattoo stories, check out how this woman let her boyfriend do his first tattoo on her which she can luckily get covered.

Plus, I got eyes tattooed on my legs, they are so bad I'm shaming myself.

Meanwhile, I wanted Abba lyrics tattooed but got the words wrong, it's put me off tattoos forever.