A MUM-TO-BE shared a video of her applying a full face of make-up while in labour so that she was fully glammed up to greet her new baby.

TikToker Lae Harris uploaded the clip that showed her in her hospital gown with nurses attending to her as she put on the cosmetics. 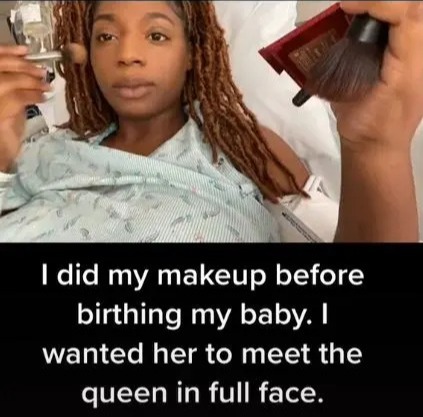 At one point she briefly paused to have her blood pressure taken by clinicians before continuing with the application.

The TikToker explained that she was 8.5cm dilated at the video was recorded.

Lae can be seen putting on foundation, contouring, eye make-up including false lashes and lip gloss.

It's fair to say that the end result is very queen-like as she looks ready for the club rather than the delivery.

The short clip was uploaded with the comment: "I did my make-up before birthing my baby. I wanted her to meet the queen in full face."

Fans were quick to praise the mum for her dedication.

While another said: "This is proof we don't do our makeup for the boyz."

An Icon? I think so.

And a third commented: "Bestie did full face while her meow meow expanding by a human being; if this isn't power then I don't know what is."

The impressive video has been viewed more than 8.6 million times and has accumulated more than 32.8k likes. 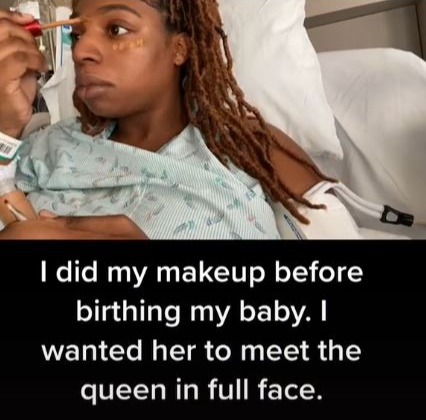 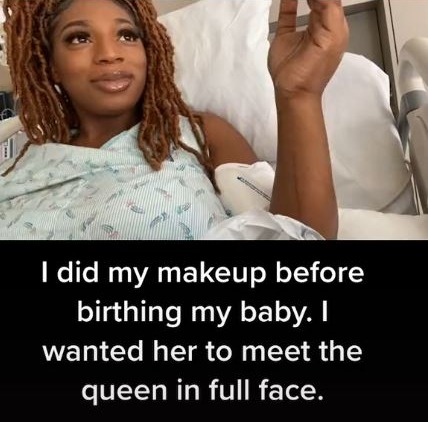 In other news, a mum who "never leaves house without make-up" applied a full face of slap while giving birth.

And previously we told how a One Born Every Minute mum gave birth wearing full goth eyeliner.

Plus we reported how a mum-to-be who wanted to live stream the birth of her second child on Facebook was left disappointed when she was told there weren’t any hospital beds available.

These Amazon Sandals Are So Comfortable, They're Like Hugs For Your Feet

Sophie, Countess of Wessex shows she is ‘fun and confident’ in ‘royal and family duties’