PICTURE the scene: you're mindlessly scrolling through Depop one day when you spot something familiar.

No it's not a Hollister top you used to love 10 years ago (although that's been happening a LOT recently). 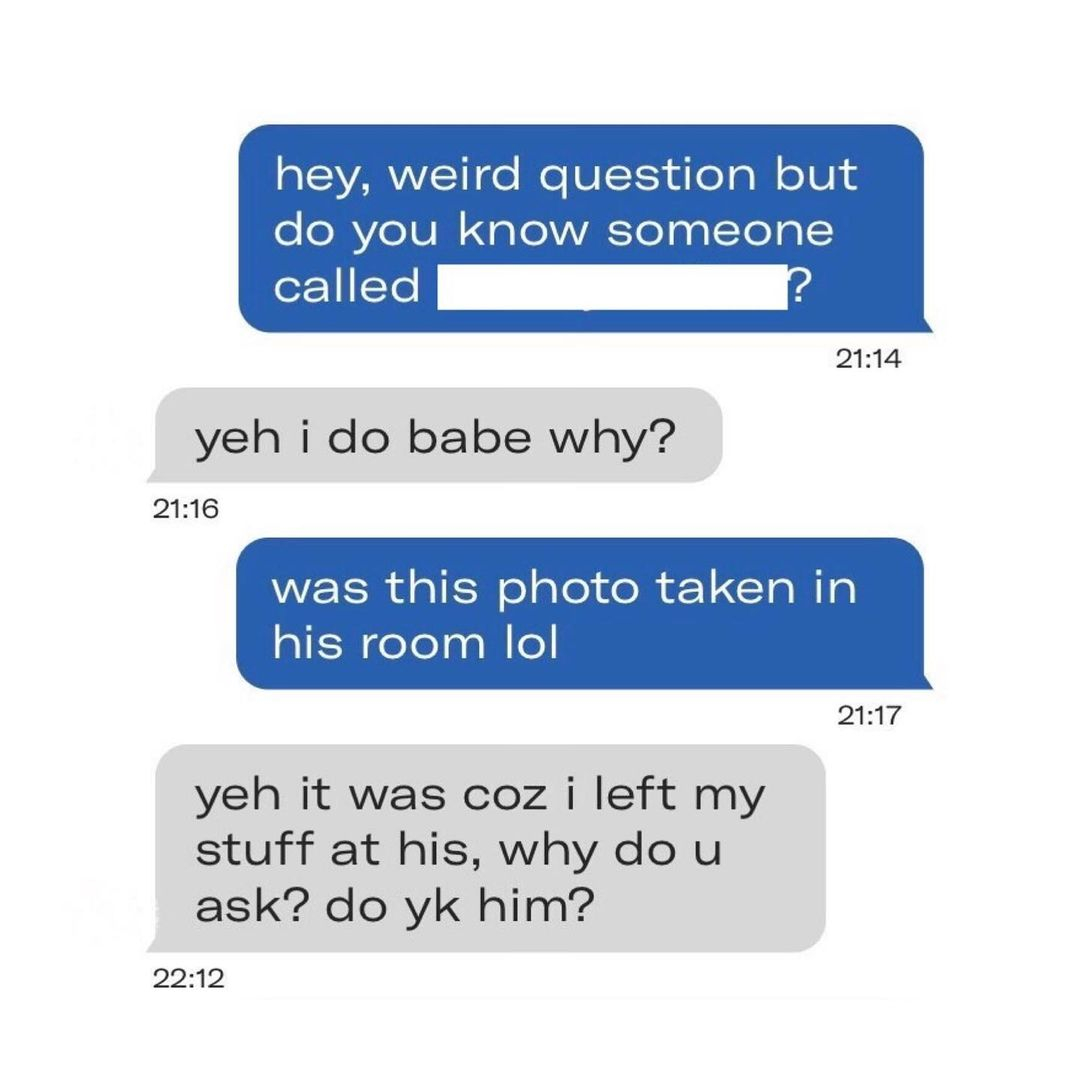 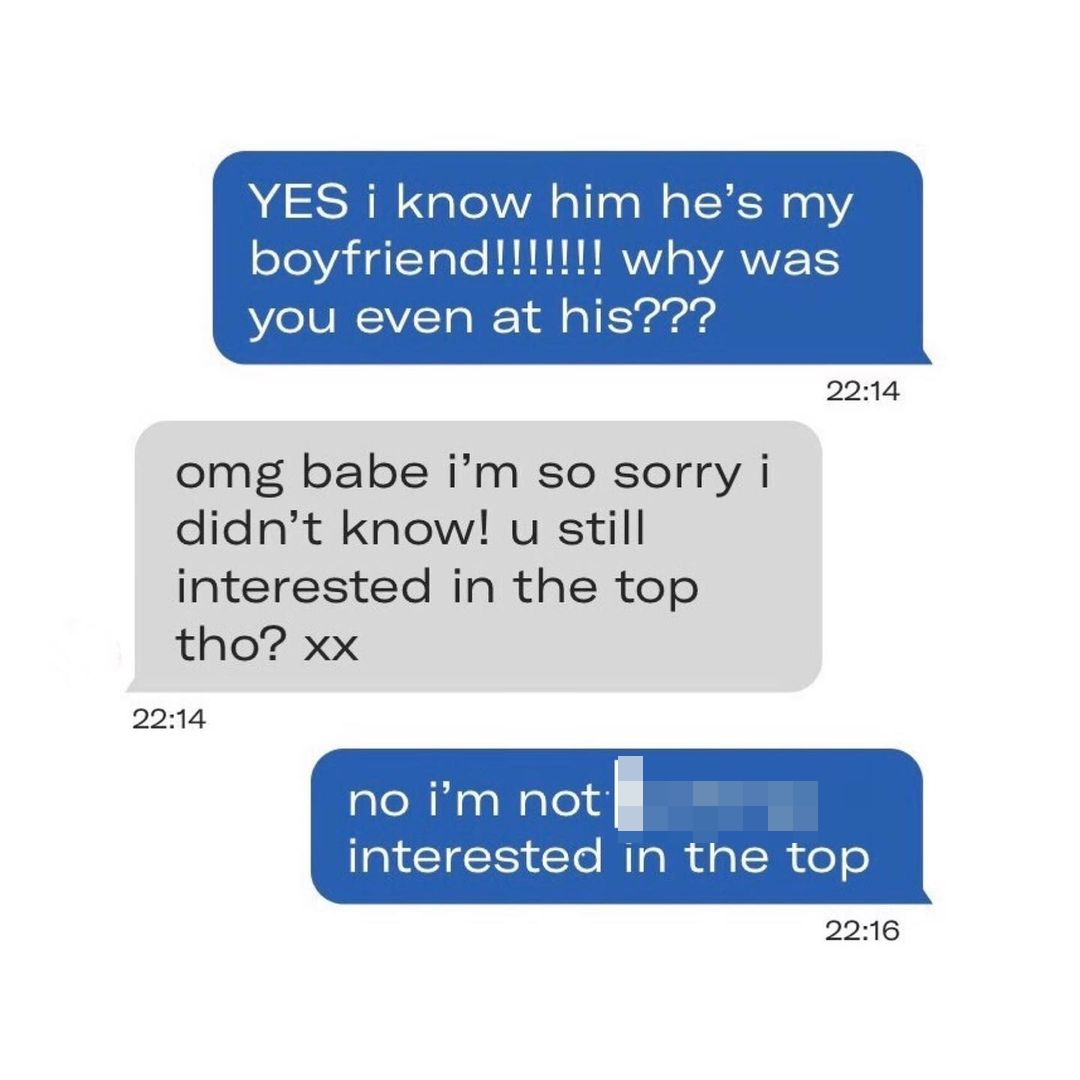 But rather, the background of a photo another seller has posted looks just like your boyfriend's bedroom.

Do you A. confront your boyfriend about it? Or B. message the seller and do some sleuthing?

Well, one woman recently found herself in this exact scenario and decided to opt for option B.

In an exchange posted on the Instagram account Depop Drama, the woman started out by asking the seller straight up if she knew someone by her boyfriend's name.

When she confirmed she did, the bloke's girlfriend asked: "Was this photo take in his room lol."

Still not quite understanding what was going on, the seller innocently replied: "Yeah it was [because] I left my stuff at his.

Naturally, the seller was pretty apologetic and insisted that she was unaware he had a girlfriend.

But still not wanting to miss out on the sale, she added: "U still interested in the top tho? xx"

Needless to say, the woman shut her down pretty quickly and replied: "No I'm not f***ing interested in the top."

The post has racked up over 41,000 since it was posted yesterday and followers were in awe of the woman's dedication to the sale.

"Never stop the hustle," one replied.

Another joked: "I’ll give you a friends and family discount babs!"

"The cheek," a third fumed.

Mimicking the typical reviews you see on Depop, a fourth said: "Buyer was just wasting time. No intention of buying the top. Zero stars." 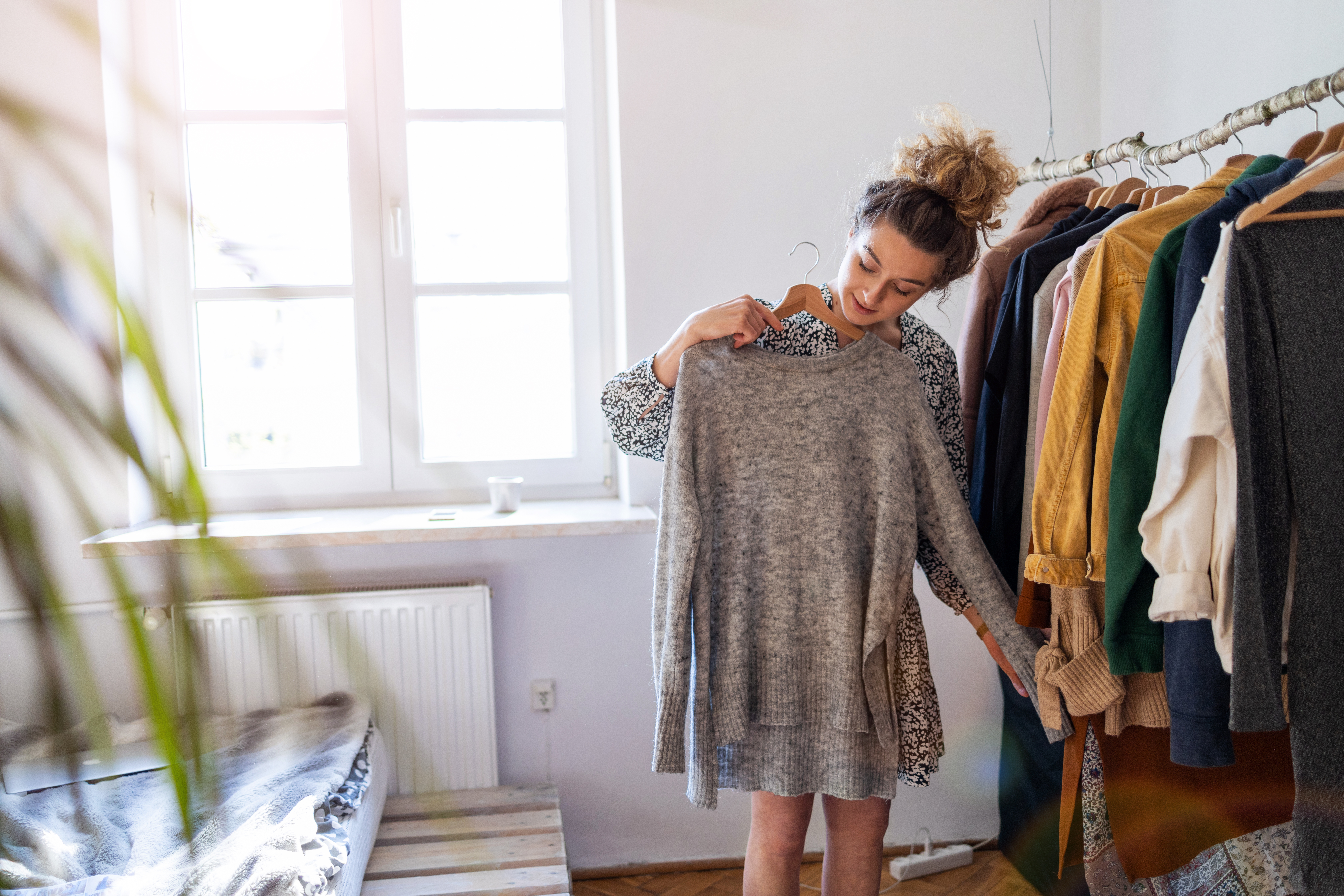 For more relationship stories, this woman's Tinder date left her stunned with a very rude message – so she decided to send a screenshot to his MUM & she replied.

And this woman caught her husband having a cheeky shot in the kitchen but was horrified when she realised what he was drinking from.

Plus this woman thought her boyfriend was cheating when she found a woman’s dress – then she did an Instagram deep-dive and was horrified.