Home » Fashion » I give my man strict marriage rules, such as no female friends or texting women – it makes people angry but I don’t care

A WIFE has revealed how she gives her husband very strict marriage rules, including no female friends.

TikTok user Bailey, who posts under @bmcpher, uploaded a video on the boundaries she has with her partner in their Christian marriage. 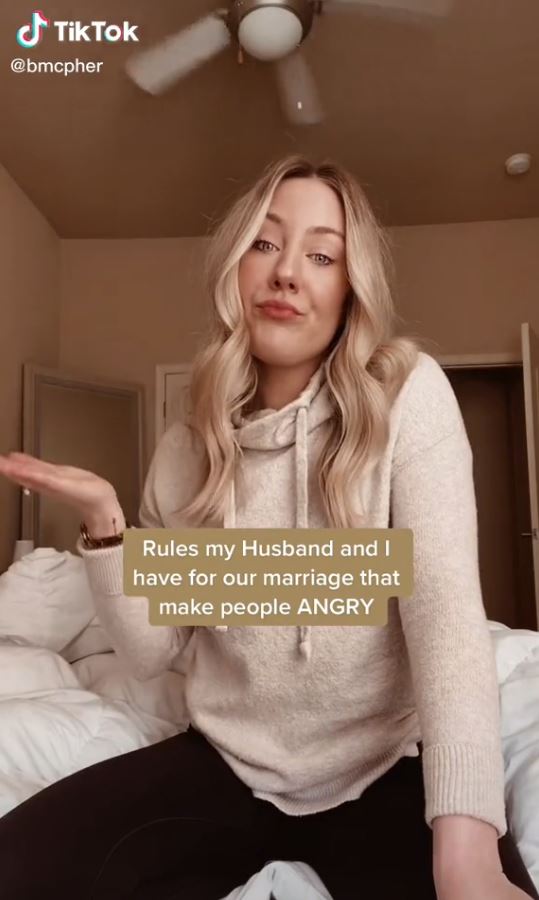 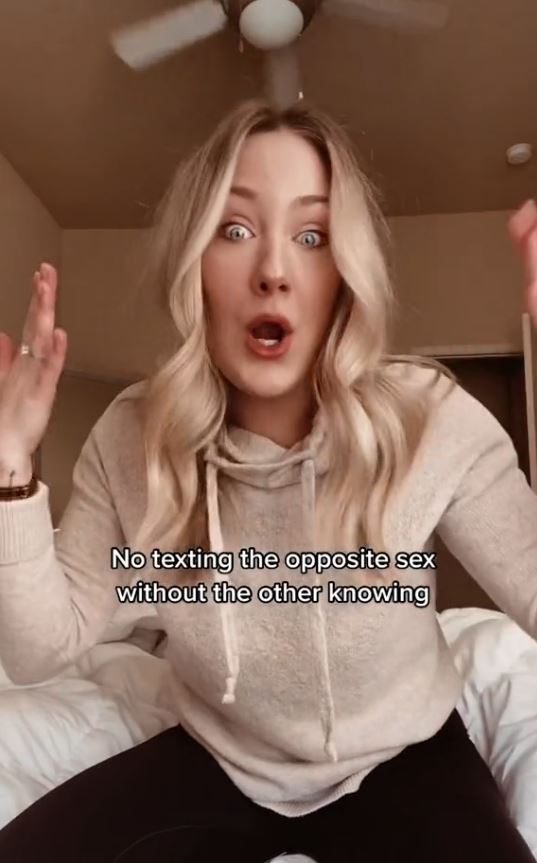 She wrote: “Rules my husband and I have for our marriage that make people ANGRY.”

First up Bailey revealed that the couple have “no friends of the opposite sex.”

Secondly, she wrote that this extends to their work places, and they don’t let each other be around the opposite sex alone.

Finally, she said that they ban “texting the opposite sex without the other knowing.”

And a big rule is that they always put each other first, even above parents.

Her video has racked up over 600,000 views, and caused a big debate in the comments.

Another added: “This just sounds like insecurities tbh”, and a third commented: “Sorry this is absolutely insane.”

However, one said: “I agree with all of these.”

A second wrote: “And that ladies and gentlemen is respecting your partner.”

Meanwhile, a city high-flier reveals he had FIVE affairs in just a few months and doesn't regret a single thing.

And a woman lists the 20 things you should discuss before getting married including what really counts as cheating.