Home » Fashion » I go from a 5 to a 10 when I change from my Mrs. Claus outfit into bikini – people say I’m actually off the scale | The Sun

ONE woman teased viewers with a seasonal outfit switch-up.

Kristy Fox claimed she goes from a five to a 10 when she changes out of her sexy Mrs. Claus look and transforms into a bikini, but people rated her even higher. 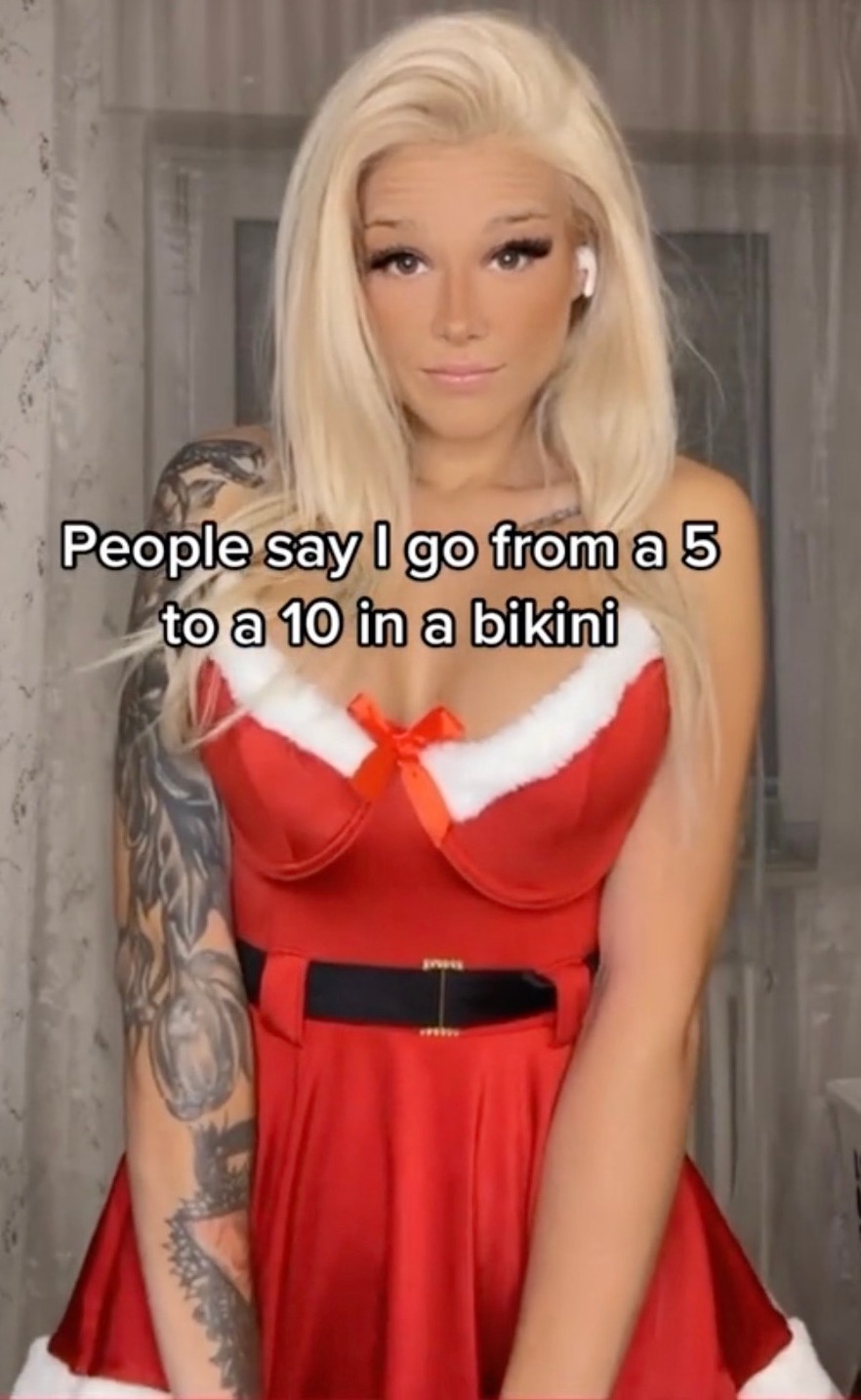 Despite the need to bundle up for the cold weather season, Kristy found a festive outfit with little coverage.

From the queen of winter to a smoking summer babe, the blonde-haired creator prefers to wear little clothing.

But she believes one season's fashion suits her more.

The TikTok teaser posted a transformation video to prove that people think a bikini looks better on her.

The Mrs. Claus costume trim is lined with fluffy white fur, and a big red bow is sewn in the middle of the neckline.

A black belt sinches her waist as she bounces up and down.

Boy, 6, dies after falling into frozen lake in tragedy that claimed lives of 3

Kristy shimmies her shoulders back and forth.

She makes an innocent face before hopping into a black bikini.

This V-cut two-piece exposes her chest and the tattoo that lines her underboob.

Viewers rushed to the comments to lay out their opinions.

"A 15," one generous individual said, while another person disagreed:"I think you look better in the red outfit."

One baffled viewer said: "10 has to be the most outrageous understatement in history no matter what you’re wearing."

Just Like Us! Meghan Markle Wears Messy Bun During Quarantine

Weary mums have realised they can set their phones to wake them up when their baby cries, and it's a total game changer