Home » Fashion » I got a tattoo and people think it’s a shambles – there’s only one mistake and I got a discount, so I don’t care

A MAN  was savaged for his misspelled tattoo but he said the spelling mistake isn’t that bad and he got a discount, so he doesn’t care.

Tattoo fans were left in stitches when the misspelled tattoo was posted into Facebook group That's It, I'm inkshaming. (Actually Bad Tattoos). 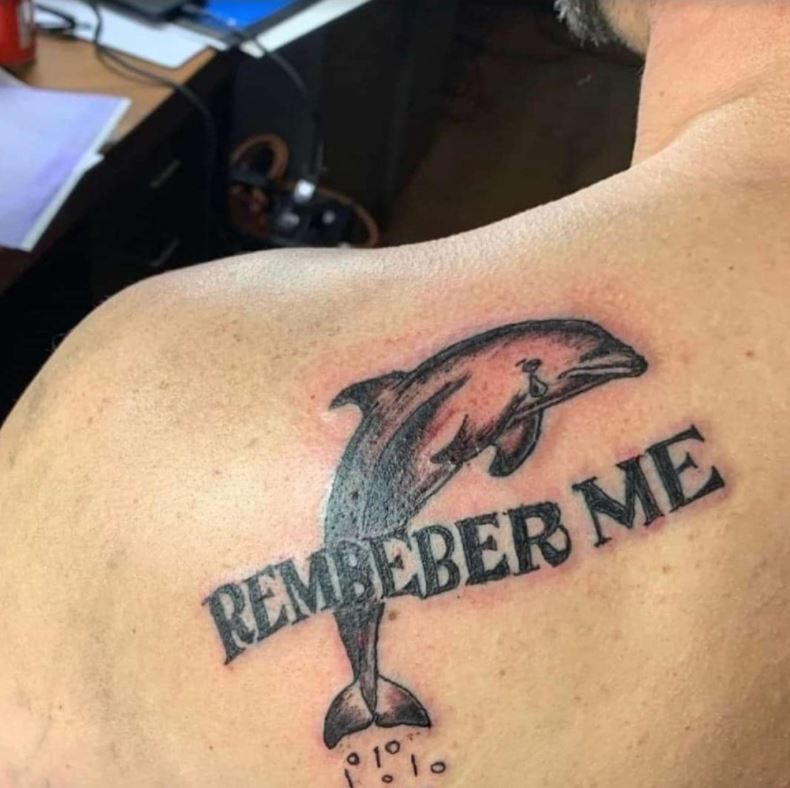 The tattoo depicts a crying dolphin with the words “REMBEBER ME” written in huge block capitals.

Of course, the ink is meant to spell out “REMEMBER ME”, but the man who got the tattoo doesn’t seem to care.

He wrote: “Finally got myself a crying dolphin tattoo! I know, it’s ‘misspelled’ but it’s only one letter so it’s not a big deal… AND I got a discount.”

Tattoo fans couldn’t believe the man was ok with the spelling mistake in his new body art, and they thought it was hysterical.

“This person is somehow both in the denial stage and the bargaining stage of grief at the same time”, joked one commenter, while another said: “I literally want that tattoo for giggles.”

Another sarcastic commenter said: “Guys, it’s ok, he got a discount.”

Others were totally outraged that the artist charged the client any money at all for the work.

“How can the person that tattooed them be so ok with that that they still charged them something, that’s not just a minor mistake”, wrote one.

A second agreed: “I’d want a discount too… like ALL my money back to put towards a cover up.”

A third added: “The fact they aren’t mad about the misspelling completely baffles me. I’d be so pissed off if that happened to me.”

For more fails, check out these housemates, who came up with plan to get deposit back after ruining their carpet – but it’s an epic fail.

Plus, this woman shared her ‘lipliner hack’ for making mouth look fuller but got savaged as some said it’s so bad it should be illegal.

Meanwhile, this girl was horrified as hairdresser accidentally dyed her hair PINK instead of bleach blonde during SEVEN hour appointment.

Camila Cabello's Mom Cuts Her Bangs at Home: 'She F–ed It Up’

Presley Gerber: 'Now People Love to Hate Me' Because of Face Tattoo