A WOMAN has revealed how she ended up in A&E after she attempted to open a bottle of Champagne with her privates – and doctors had to remove the cork with forceps.

TikTok user Hannah Louise Smith shared the horrifying story with her followers, where it has since received more than 170,000 views. 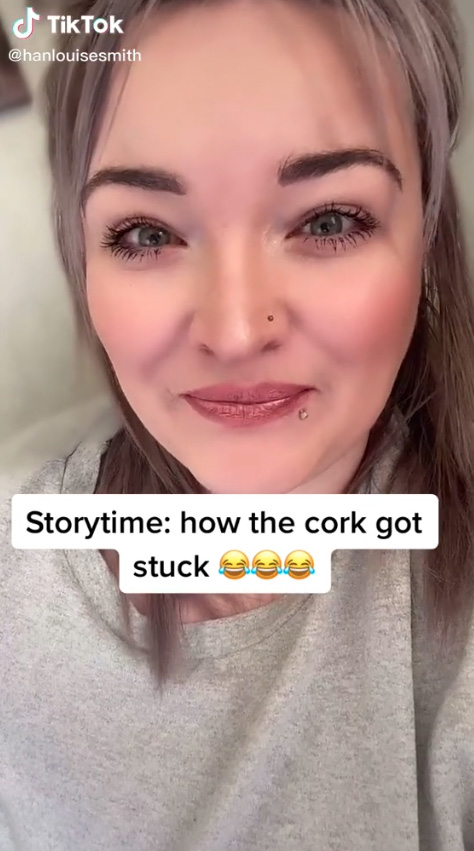 Speaking in the video, she said: “When I was 18, I was messing about with my then partner.

“I decided that I could open a bottle of Champagne with my hoo-hah, obviously we had to loosen the cork a little bit first just to put it in.

“Tight grip, pelvic floor muscles, started to wiggle it out a little bit, then ‘pop.’

“The cork exploded inside me with the force of the champagne.” 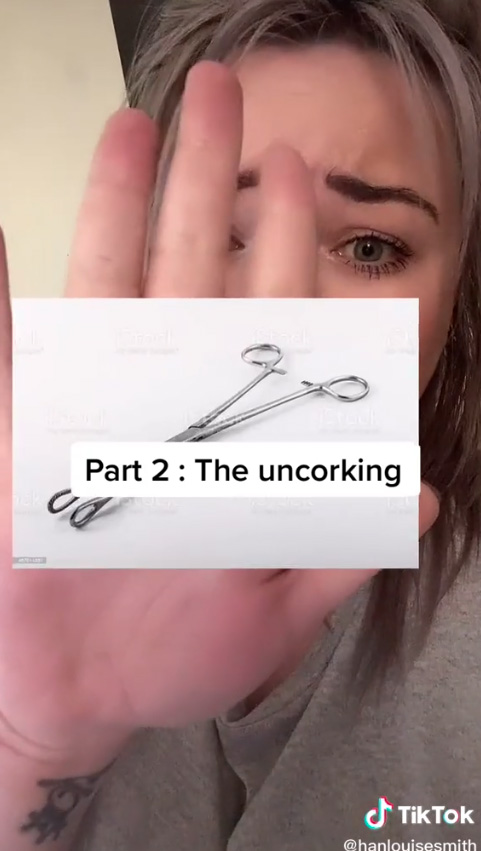 Hannah explained how she was unable to remove the cork herself, and was mortified when she had to ask her mum to take her to A&E.

Continuing, she said: “First part is telling the nurse what happened and could she keep a straight face? No. 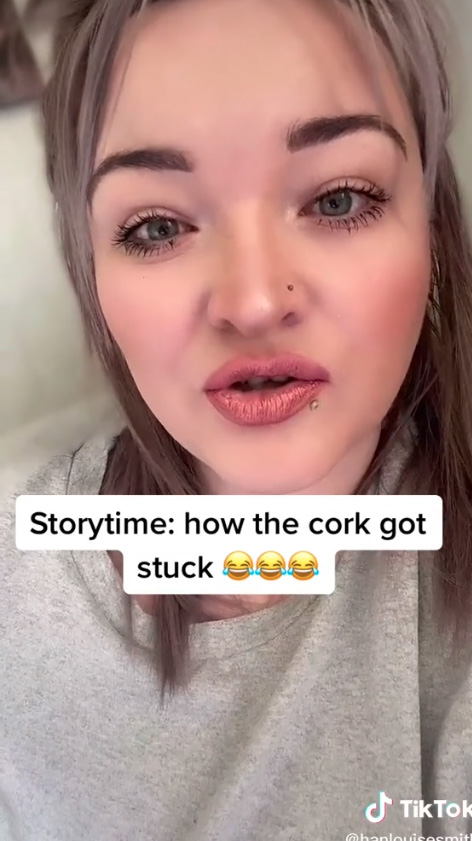 An ultrasound revealed that the cork had travelled towards Hannah’s cervix and doctors were forced to remove it with forceps under sedation.

Hannah’s followers have been left in hysterics over her unfortunate incident, sharing their thoughts in the comments.

One wrote: “My God the pain! I crossed my legs when you said it popped!”

“Thank you, you made my day,” added another, while a third added, “You couldn’t make this up!”

These are the top 10 words people misspell on their CVs, so how many can YOU get right?