A WOMAN picked up her dog from the groomers after some poochy pampering, only to realise that the furious looking little creature, was the wrong dog.

Tykesha Cherry snapped a hilarious photo of "her dog", 10-month-old Lucky, in her car just after he came from the groomers. 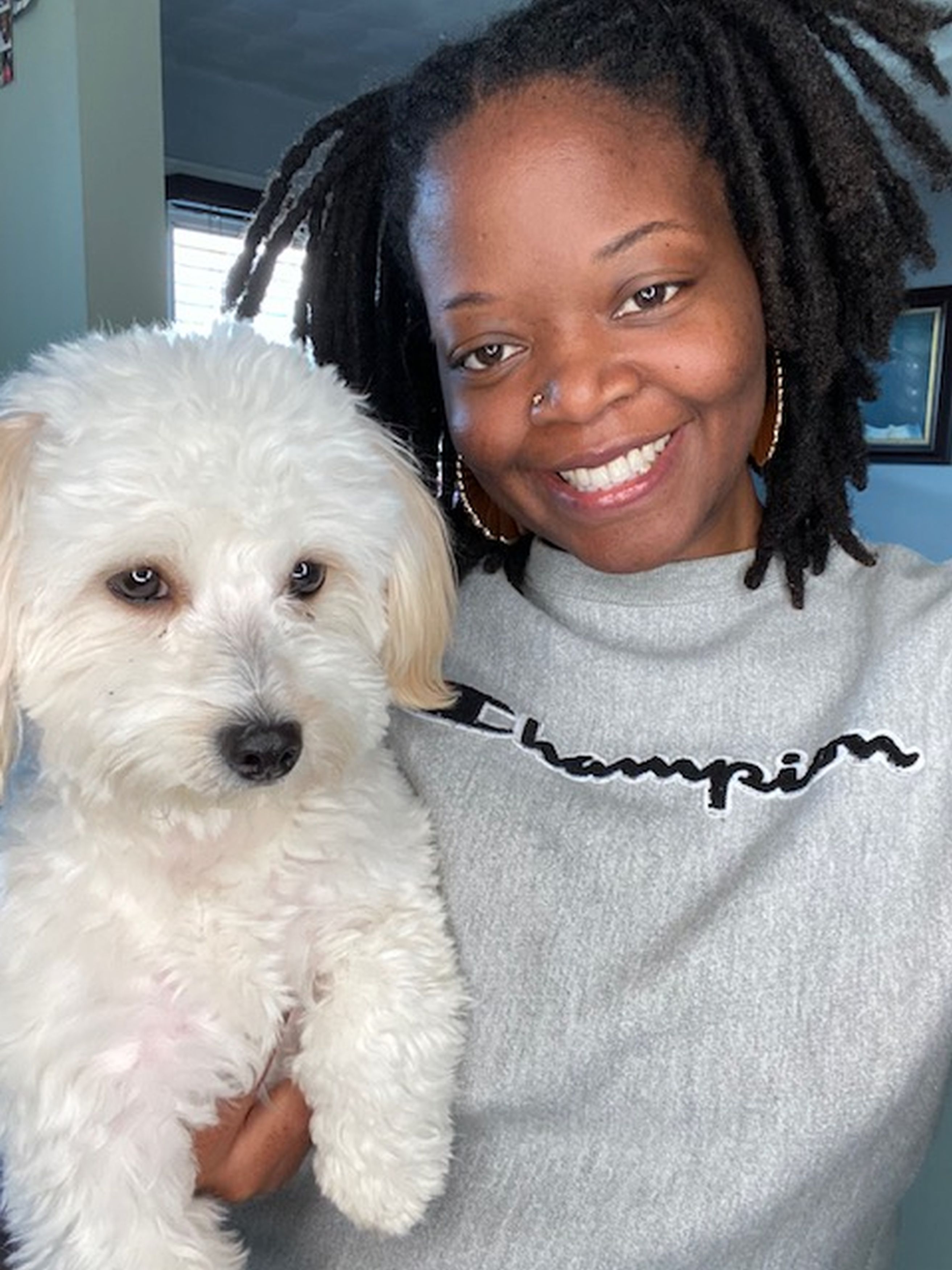 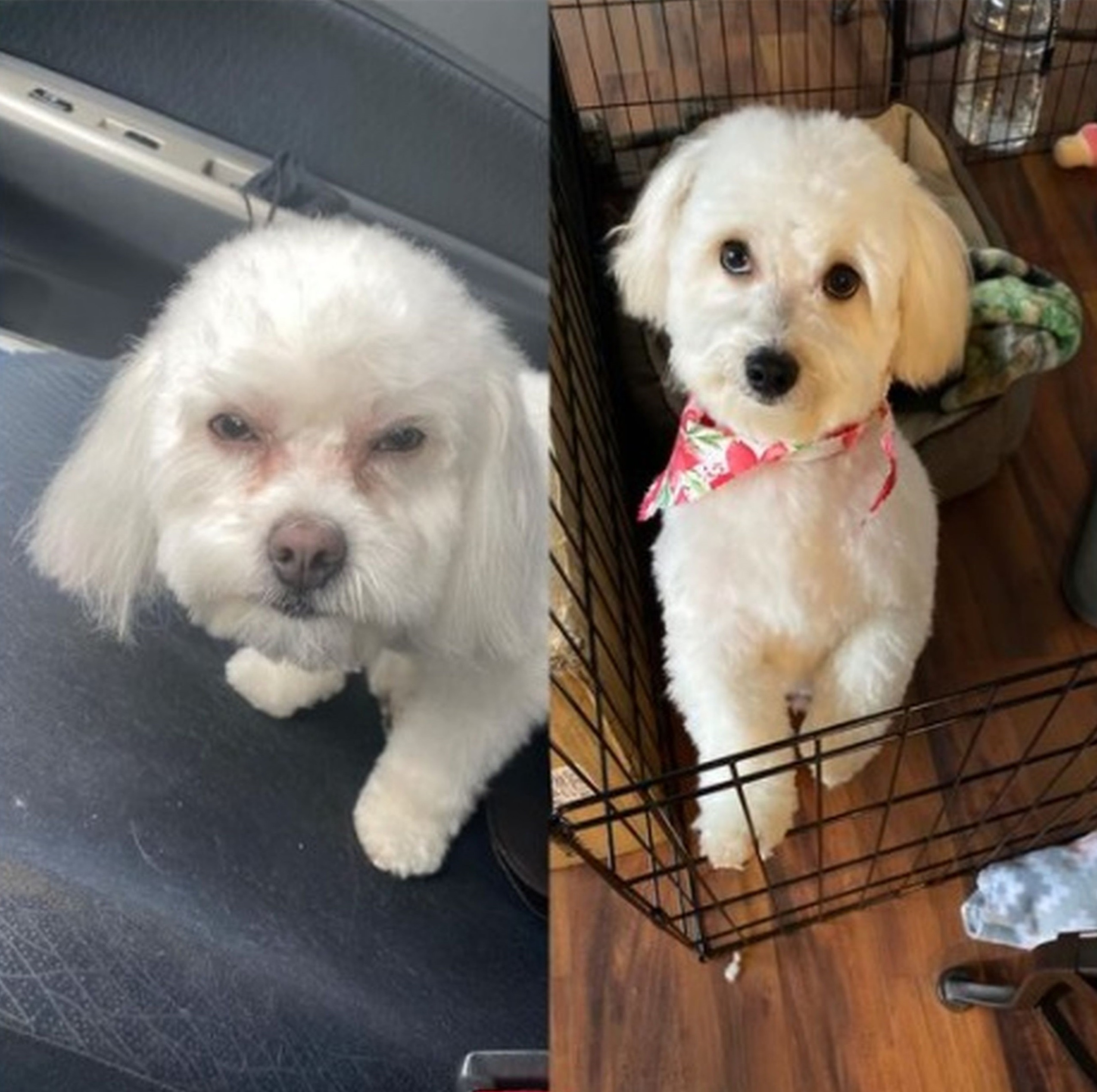 The pup can be seen glaring at the camera suspiciously.

But the 31-year-old receptionist felt compelled to video-call her boyfriend Quinn to try and figure out why her usually affectionate Maltese Poodle looked so shifty.

It was only when she repeatedly called Lucky's name and got no response, noticed differences in his fur pattern and that his usually smooth pink paws were dry that she realised it wasn't him.

Stunned Tykesha raced back into the groomers with the imposter pooch tucked under her arm only for stunned employees to realised they'd handed over a dog called Bentley instead.

Red-faced staff retrieved the doggy doppelganger before handing over the real Lucky.

American Tykesha said: "I went to pick up my puppy, I went in and the lady at the desk said 'Oh, you're here for Bentley?'. I said, 'no, I'm here for Lucky'.

"As she's walking away to fetch the dog, I was dealing with the receipt. I look up, and there's a dog in my face.

"I didn't get a chance to get a good look at him, all I saw was white.

"I go to the car and I put him in. He turned around and I thought: 'He looks so different, am I tripping?'

"When you have the two pictures together, you can see it. I kept calling his name and he just wouldn't turn around.

"When I picked Bentley up, he was jumping towards my neck, like he wanted me to hold him close. I was thinking: 'What's wrong with you? Why do you keep doing that?'

"Lucky has pink paws. Bentley's paws were crusty, like he'd been walking around for a while."

Perplexed as to why Lucky was acting out of character Tykesha rang her boyfriend to get a second opinion before driving home.

Tykesha said: "To make sure I video-called my boyfriend, Quinn, and showed him the dog. He said: 'Uh, he does look different'.

"I told Quinn I was about to start driving and he said: 'Don't. I'm starting to think that isn't Lucky.'

"I was looking at his paws and his ears. I realised Lucky didn't have that weird thing around his eyes. That's when I knew this wasn't my dog.

"It looked like he had eye boogers, I knew my puppy didn't have that."

Horrified at the salon's error, Tykesha raced back to return Bentley and retrieve her beloved Lucky.

Tykesha said: "I jumped straight out of the car and ran back immediately. It was the same woman stood at the door, and she said: 'Hi Bentley!'

"They were shocked, everybody was in shock. I get the mix-up, they're both white, but I thought they'd have tags in the back or something.

"I definitely felt relieved when I was reunited with Lucky. Like what I was feeling wasn’t wrong in regards to him looking different."

Tykesha took to Facebook to vent about the blunder, posting snaps of both dogs.

The post went viral racking up more than 25,000 shares, with Facebook users in hysterics over the hilarious snap of suspicious Bentley.

One person said: "That dog looking like it was bout to f*** you up. Like hold up you not my owner."

Despite the mix-up Tykesha hasn't sworn off revisiting the salon – and even reached out to them after they were "bullied" online.

Tykesha said: "I would go back to them, but it's too soon. I reached out to them the next day because people were bullying them online.

"I didn't want people to do that, that wasn't my intention. I called them and they were very appreciative." 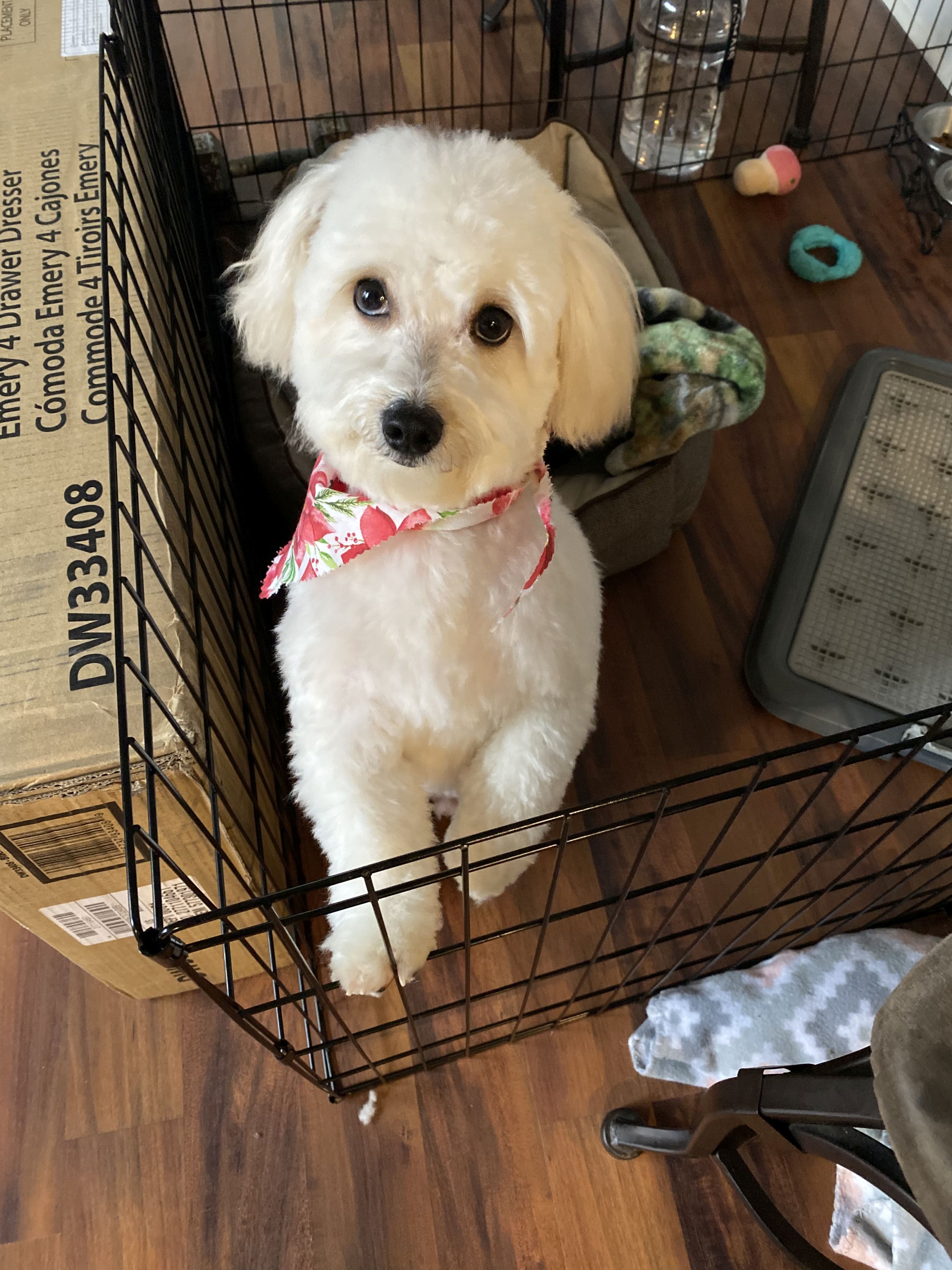 For more pet stories, a warning has been issued to dog owners to avoid walks on the beach after more than 150 pets get sick from "toxins".

Here's how long you should keep cats inside after moving house.

And a professional cat groomer offers their six tips on keeping your moggies looking great.

These Cooling Athletic Shorts Have Over 1,300 Fans — and They’re Only $14 on Amazon