MUM Lucy Livesey was so excited to be a mum – even arranging for a early sex scan at 14 weeks.

So she couldn't have anticipated what would happen next – every parents' worst nightmare. 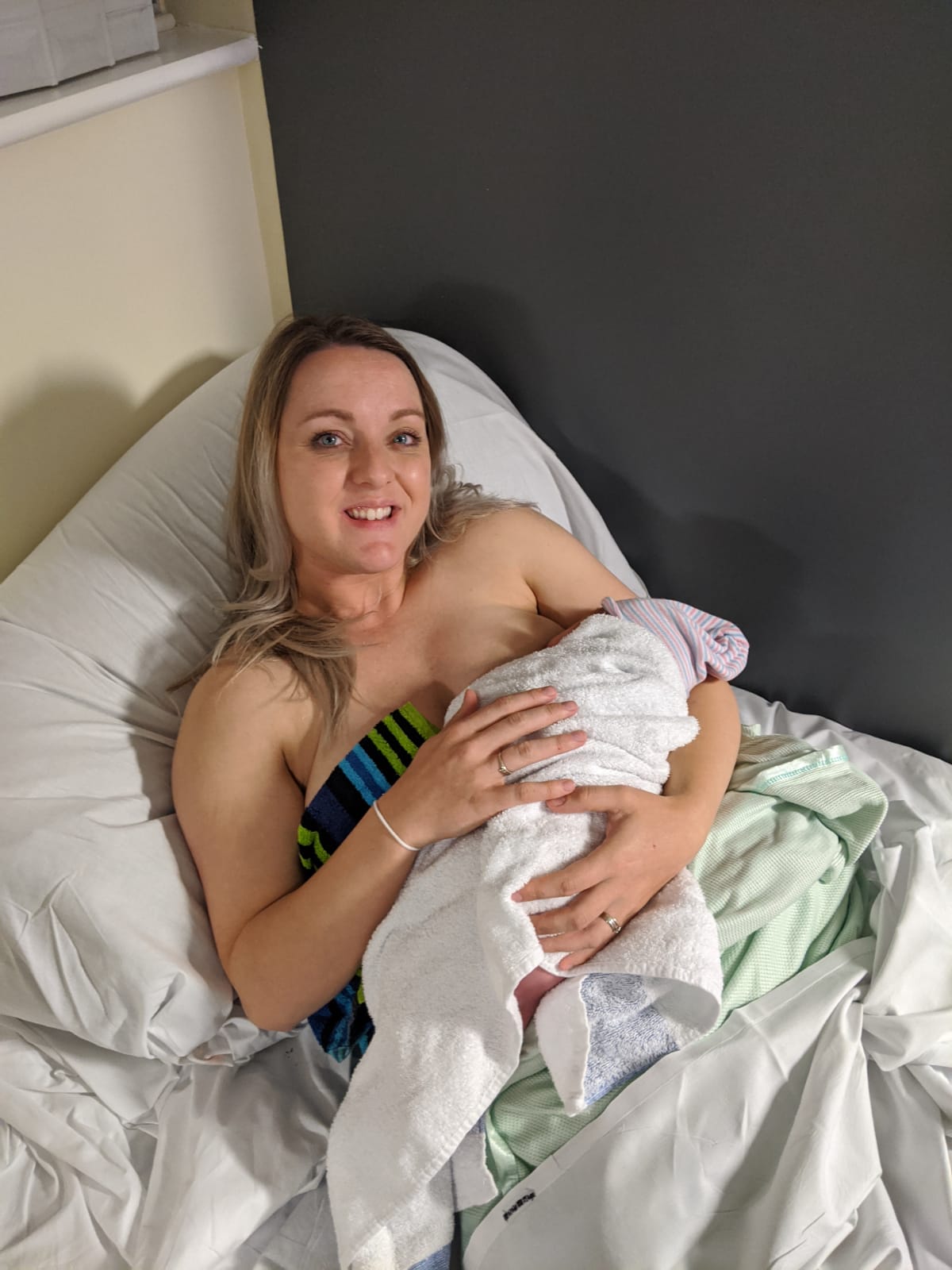 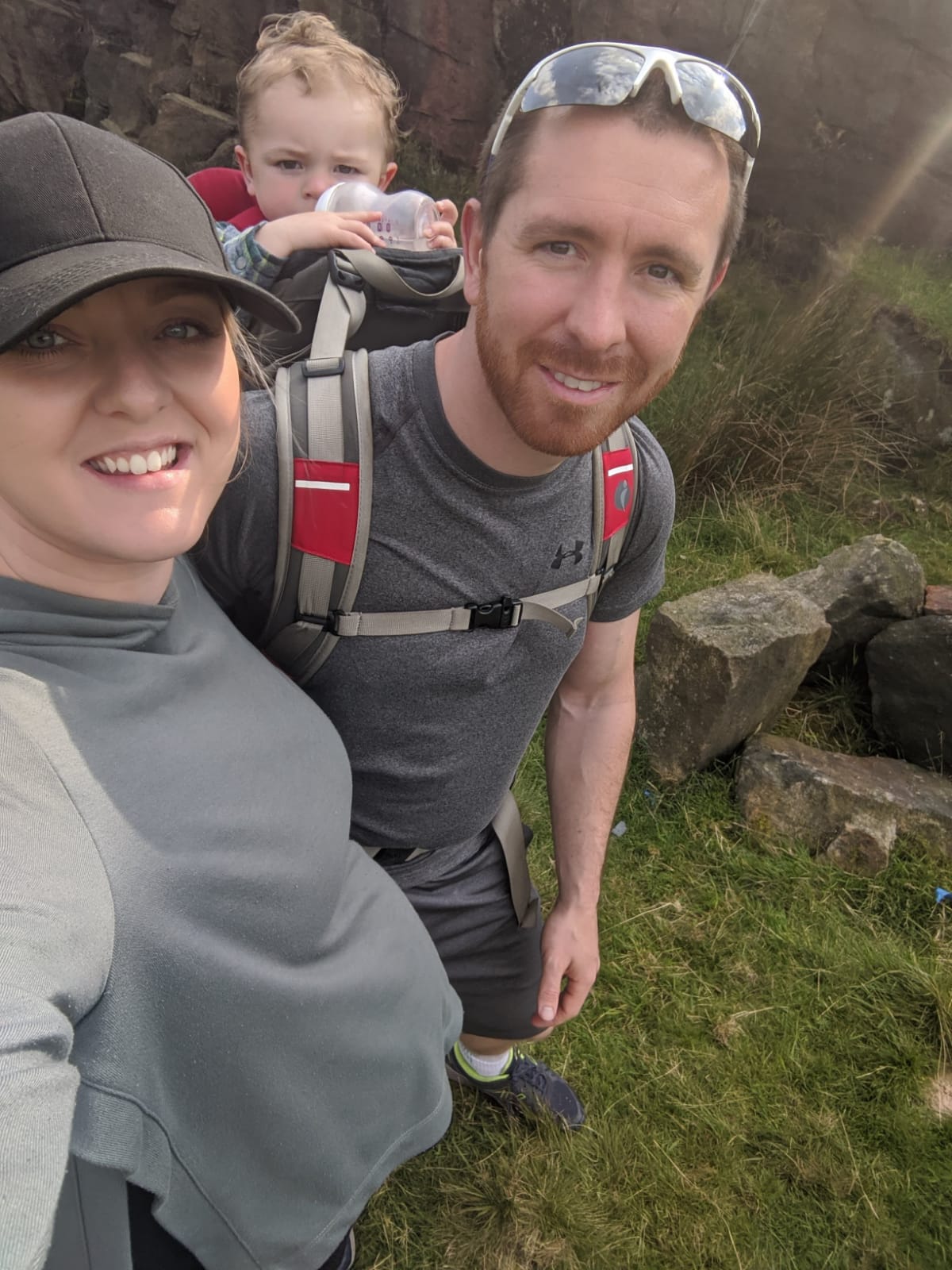 Lucy, from Manchester, learnt her daughter wouldn't survive post-birth and, alongside husband Richard, had to decide what to do.

Now she shares her heart-breaking story with Fabulous:

I WAS always desperate to be a mum – falling pregnant with my darling Ellie was the best thing in the world.

My husband, physiotherapist Richard, now 34, and I were so excited we arranged a private sex scan at 14 weeks.

We had a gender reveal party with balloons – when we found out she was a girl we screamed with excitement.

We were so, so happy. We attended hypnobirthing sessions where we decided we would have a homebirth.

So what happened next was the most heartbreaking thing.

At our 20-week scan at Rochdale Hospital she wasn’t in the right position for midwives to see anything which wasn’t a concern at the time But because my twin brother, Ashely, died suddenly and unexpectedly from an undiagnosed heart defect aged 15 and I had subsequently been diagnosed with heart issues I had further scans just days later.

We were so excited for the appointment , running into the St Mary’s Hospital in Manchester, straight from our hypnobirthing class, desperate to see new images of our little girl and hear her heartbeat.

But there, rather than good news, we learnt her heart had stopped growing and she had only two chambers instead of four.

A consultant told us we had two choices: either end the pregnancy now or wait until she was born, knowing she would die shortly afterwards.

We were told she had no chance of survival.

I chose to end my pregnancy because we were told that she would not survive – I was riddled with guilt, ending the life of the one thing I wanted more than anything.

We went away, just the two of us, to a peaceful forest, where we discussed our options.

It wasn’t an easy decision and I would never judge any parent for making a different one but our doctor told us she would feel less pain at 23 weeks than when she was born.

We were told she had no chance of survival.

So I opted to end my pregnancy so she suffered less, not more – and it was the hardest decision I’ve ever had to make.

Three weeks later at the same hospital where we had learnt she was going to die outside the womb my heart broke as a doctor injected a needle through my stomach into Elie’s heart.

That was for me the worst point: the moment I said goodbye to her.

Hours later on May 11, 2017, I was induced for labour and the next afternoon after a short period of contractions she arrived.

I felt her as she came out, I didn’t cry and I am so proud of that.

That was thanks to the Wise Hippo hypnobirthing course – I had practised mindfulness and it was a peaceful and empowering experience to give birth to my beautiful little girl.

However, I chose not to meet her. It was just too painful. I don’t regret that, I didn’t feel strong enough. I had been so strong throughout – but that was the breaking point.

And I didn’t need to see her – I had felt her kick. I bonded with her from the moment I saw those lines on the pregnancy test all those months before.

I left the hospital the day after she arrived and they had a ceremony for her and the other babies who had passed away.

Later Richard and I had a private service for her at home where we released balloons.

I felt her as she came out, I didn’t cry and I am so proud of that.

I’m a mental health nurse and I felt that I was equipped to deal with my emotions, although I also had therapy.

Nine months later I fell pregnant with her brother Issac, now three, and Noah, now one. They were both healthy, which I was so grateful for, and I was monitored throughout the pregnancies.

Still, their big sister is not forgotten and I believe we made the right decision – it was the kindest thing for her, even though it was so heartbreaking.

I tell them about her constantly. ‘She’s a star in the sky,’ I say.

It’s not just because she was an important part of my life but I also want them to be aware of loss at an early age – it is a natural and normal part of life.

Ellie means shining light which I didn’t realise until later but it is so fitting.

She’s lit the way for so many families who are now faced with the heart wrenching experience of baby loss.

I created the free Ellie’s Gift App which encourages techniques which promote comfort and relaxation, aiming to reduce anxiety during the birth of a baby that has died.

It has quick tutorial videos to help teach families simple relaxation techniques that can help them cope with or prepare for a loss. It has downloadable mp3 tracks and resource tools, such as baby loss birth plans and what to pack in your hospital bag checklist.

You can find the Ellie’s Gift app at https://elliesgift.app/

You can also find on the playstore ‘Ellie’s Gift’ 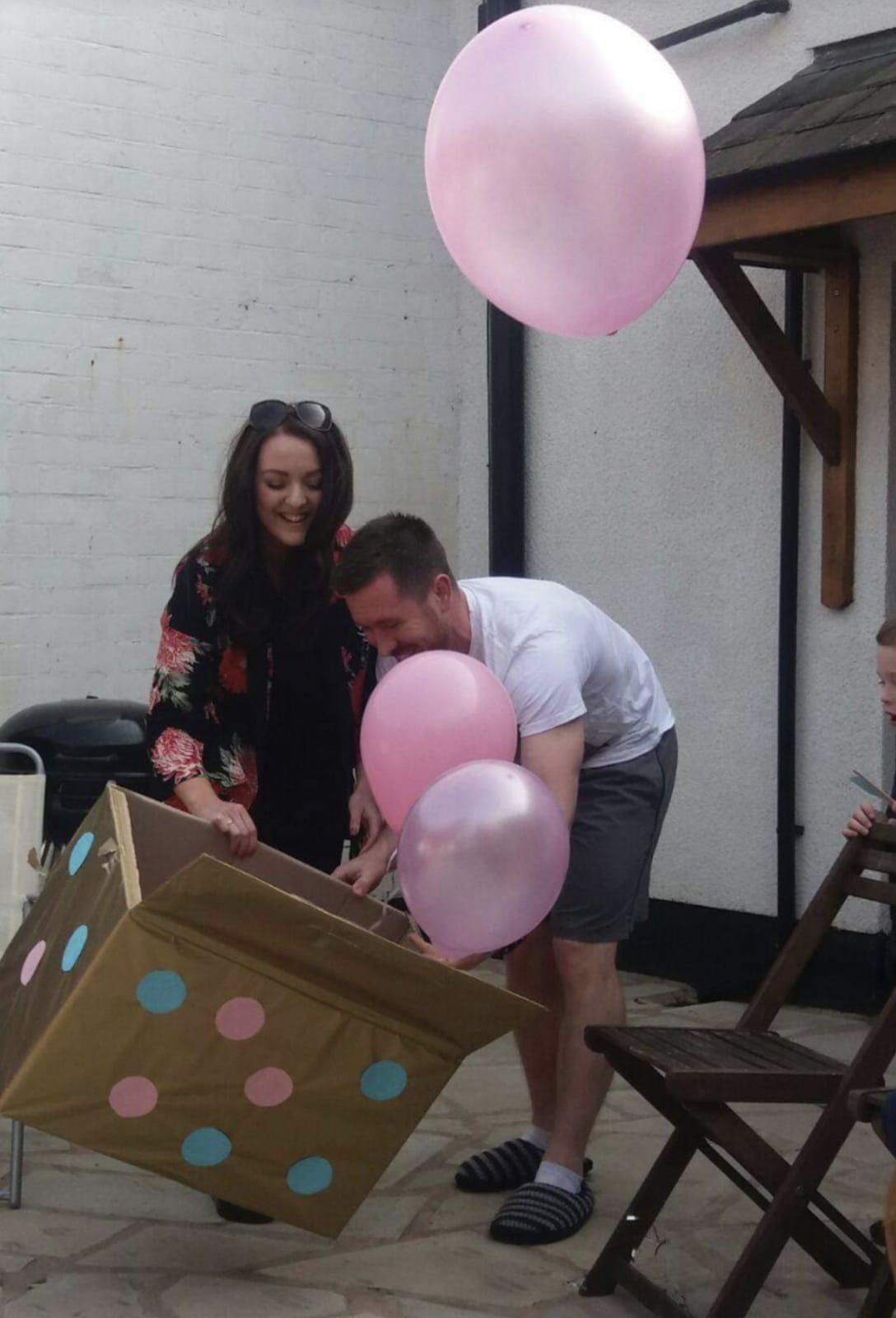 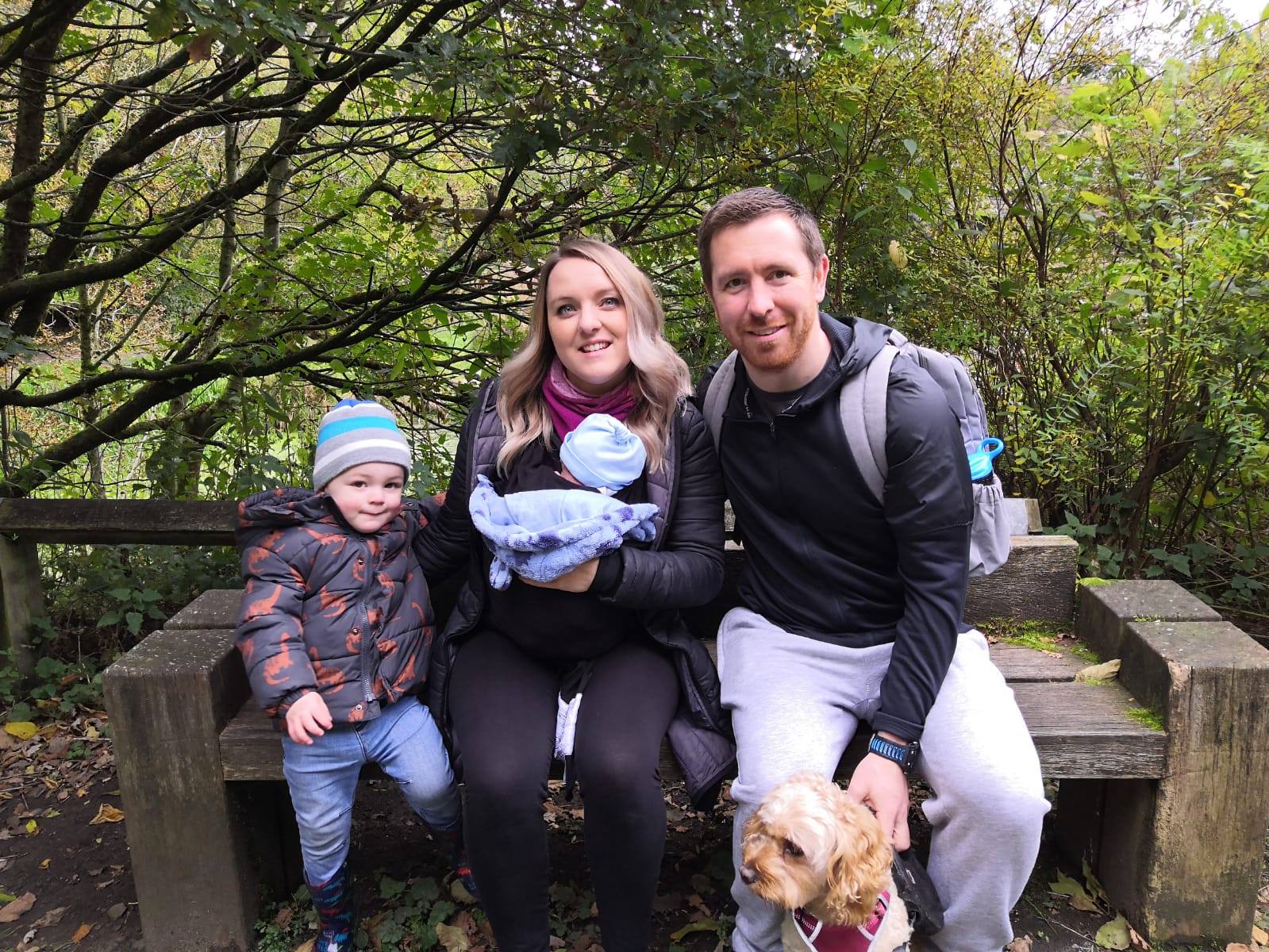 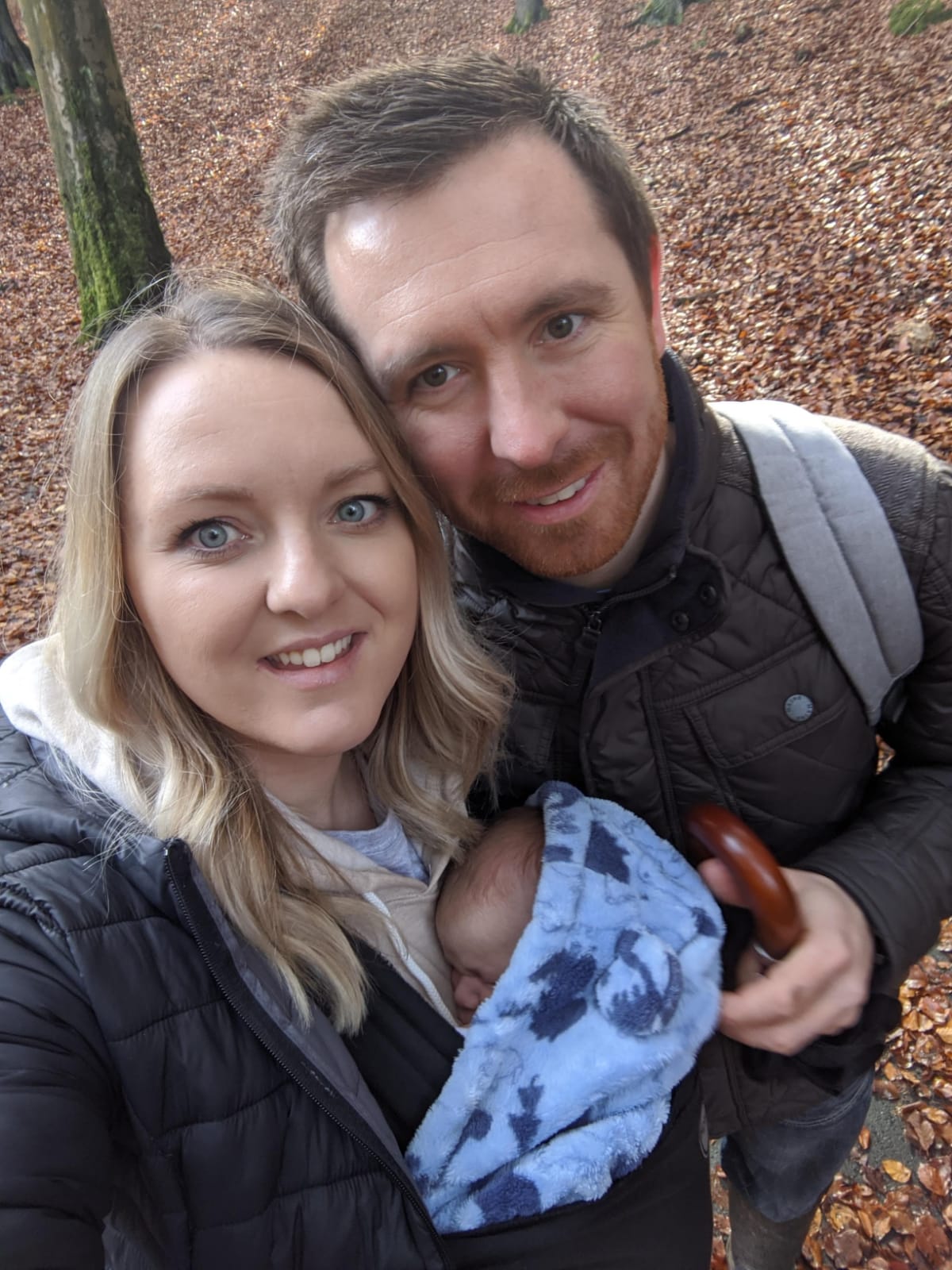 For more news, "There was no aftercare when I had miscarriage", says EastEnders’ Lacey Turner as she backs our campaign.

Plus "I lost four babies and it ripped me apart… it took years to get help".

And a mum asked if she was "unreasonable" to take back hand-me-down clothes from a friend who lost her baby at 6 months pregnant.