A MUM-OF-QUADS got a designer vagina after a "humiliating" two years of wetting herself every single day – just from coughing, sneezing or laughing.

Carla Crozier says her confidence was shattered after the miracle births of the two sets of identical twins – at odds of 70 million to one in 2017. 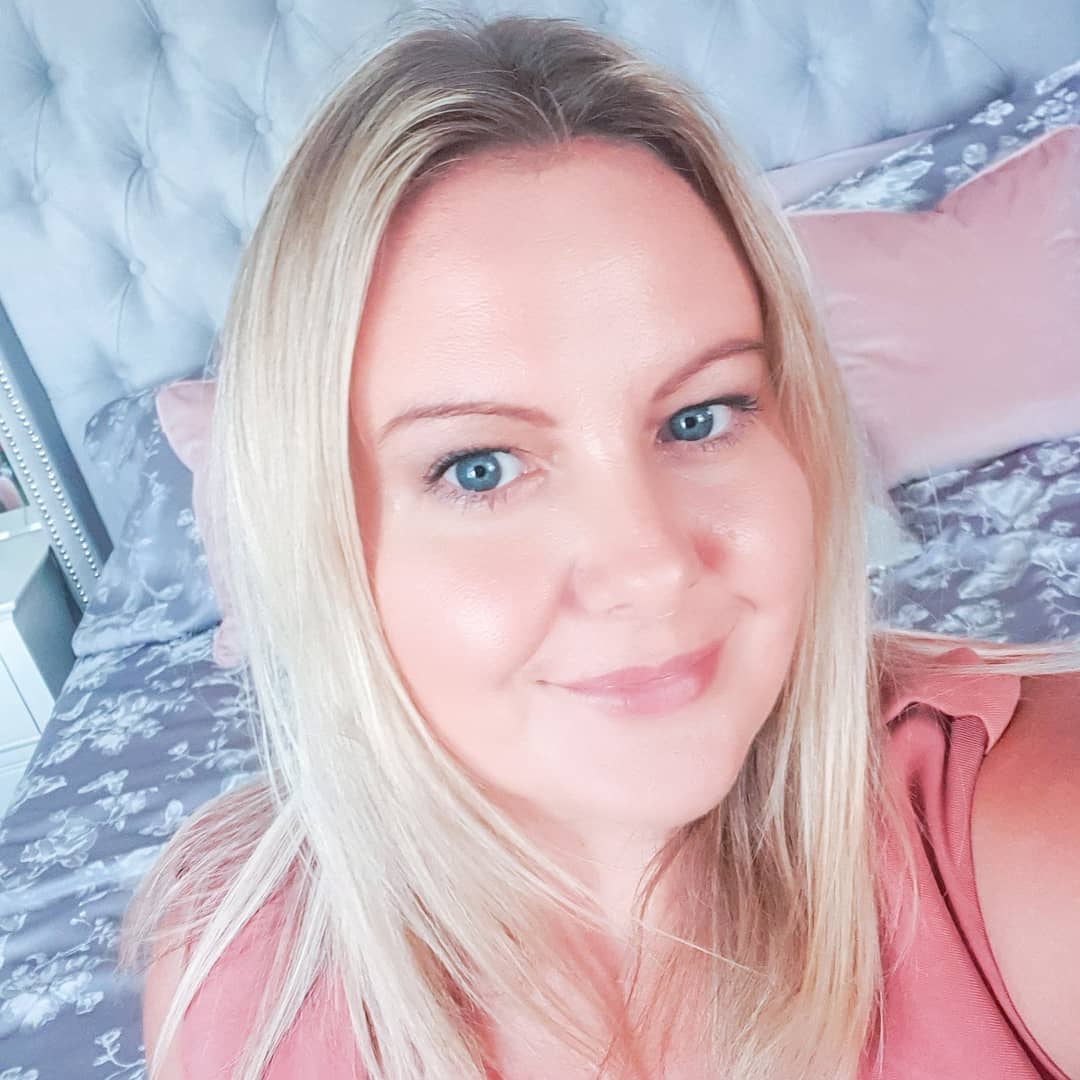 The 38-year-old suffered in silence and quit the gym, because she leaked during aerobic exercises – after having five kids in four years left her with vaginal and bladder prolapse.

Carla even had to make sure her bladder was empty before spraying perfume because it would trigger a sneeze, leading to an accident.

The mum-of-five, who lives in Grays, Essex with husband Paul, 45, was forced to wear panty liners and was heartbroken about no longer being able to jump on the trampoline with her kids.

But since the £3,000 vaginal tightening treatment, Carla says the leaks have completely stopped and her children have been overjoyed seeing her bounce with them again. 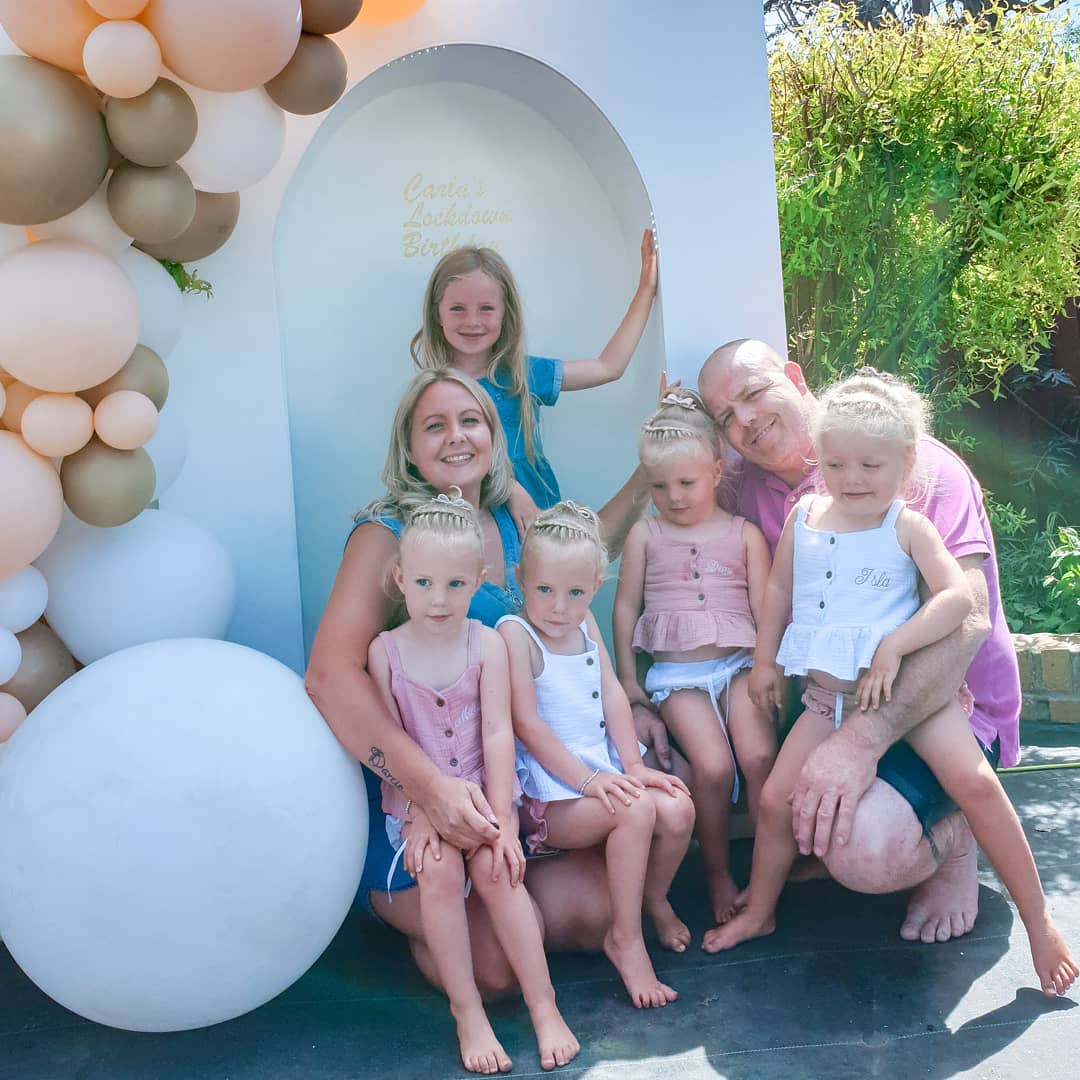 Speaking exclusively to Fabulous, she said: “Wetting myself constantly left me feeling quite depressed. I stopped going to the gym and lost the heart to get fit and healthy again.

“I had to wear a pad and the worst time was when it happened in the gym. I couldn’t do the exercises so I just stood there tapping my shoes.

“I left that day feeling ashamed and I thought I’d never go back.

“I totally lost confidence in myself because I had been excited to join the gym again and have some me time – I didn’t want to be known as just the ‘quads’ mum’ even though they were my number one priority.”

I suffered for nearly two years and didn’t tell anybody. I just thought this was what life was like now. I didn’t know there was help out there

They were born after a final IVF attempt to give Darcie, now six, a sibling.

But in the weeks and months that followed their birth, Carla noticed that she suffered extreme pain when she used the bathroom and was leaking every day. 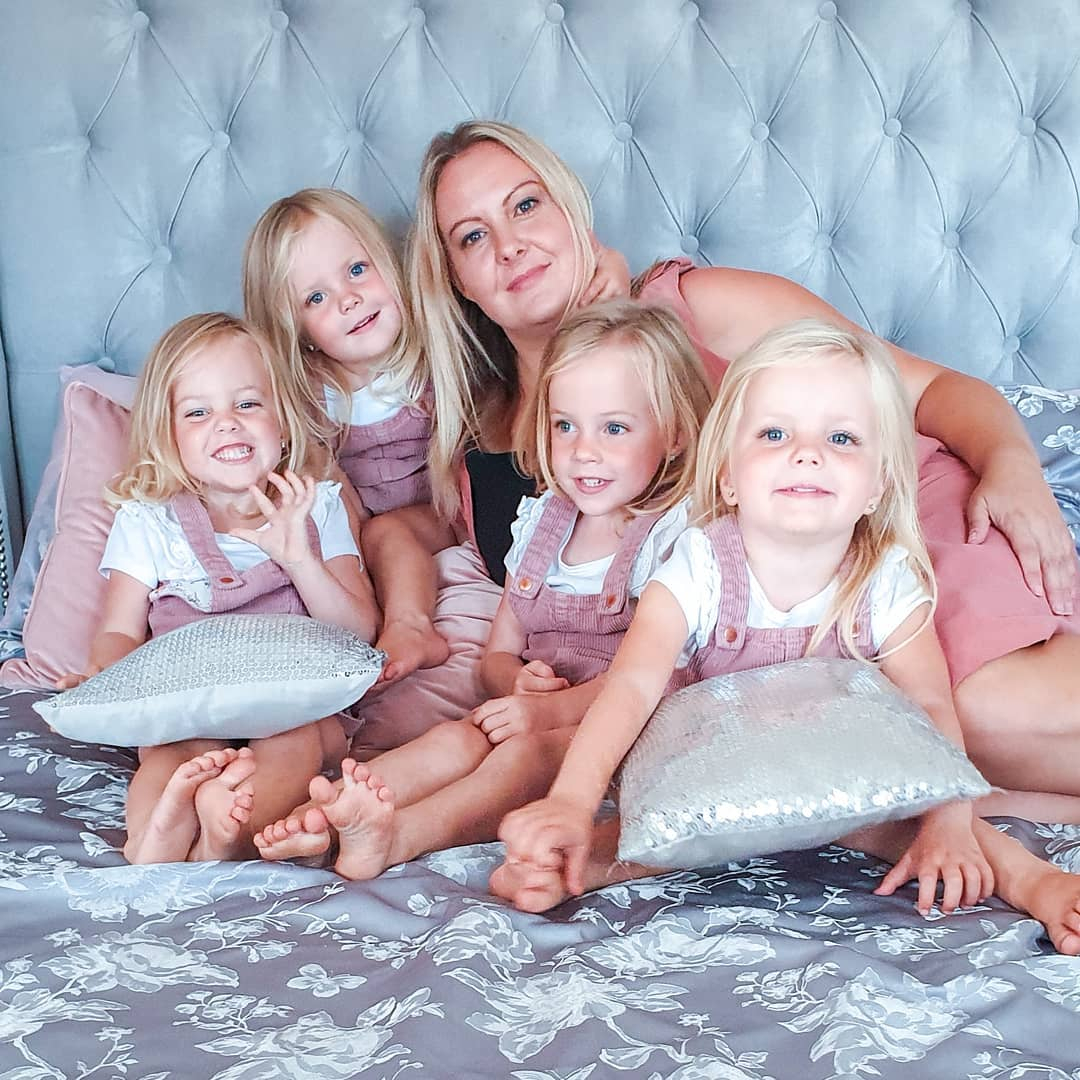 Carla added: “I spoke to my husband about the pain but never about my insecurities.

“I was insecure about my body anyway because having quads ruined what I looked like with all the excess skin across my stomach – but I kept it to myself.

“I would tell Paul 'I can’t do this exercise because I will wet myself'. I would laugh it off and make a joke of it but it’s not very nice at all.

“I suffered for nearly two years and didn’t tell anybody. I just thought this was what life was like now. I didn’t know there was help out there.”

After two hellish years, a desperate Carla visited her GP who referred her to a gynaecologist.

A confused Carla was told her vaginal wall had collapsed because of the weight of her uterus pushing on her bladder and bowels, which was causing the discomfort.

The doctor suggested getting a contraceptive Mirena coil fitted to reduce Carla’s periods and therefore the pain.

Carla had the device inserted into her uterus and noticed a reduction in her periods but she still had no control over sudden leaks and going to the toilet remained difficult.

She then started browsing Instagram to research designer vaginas. 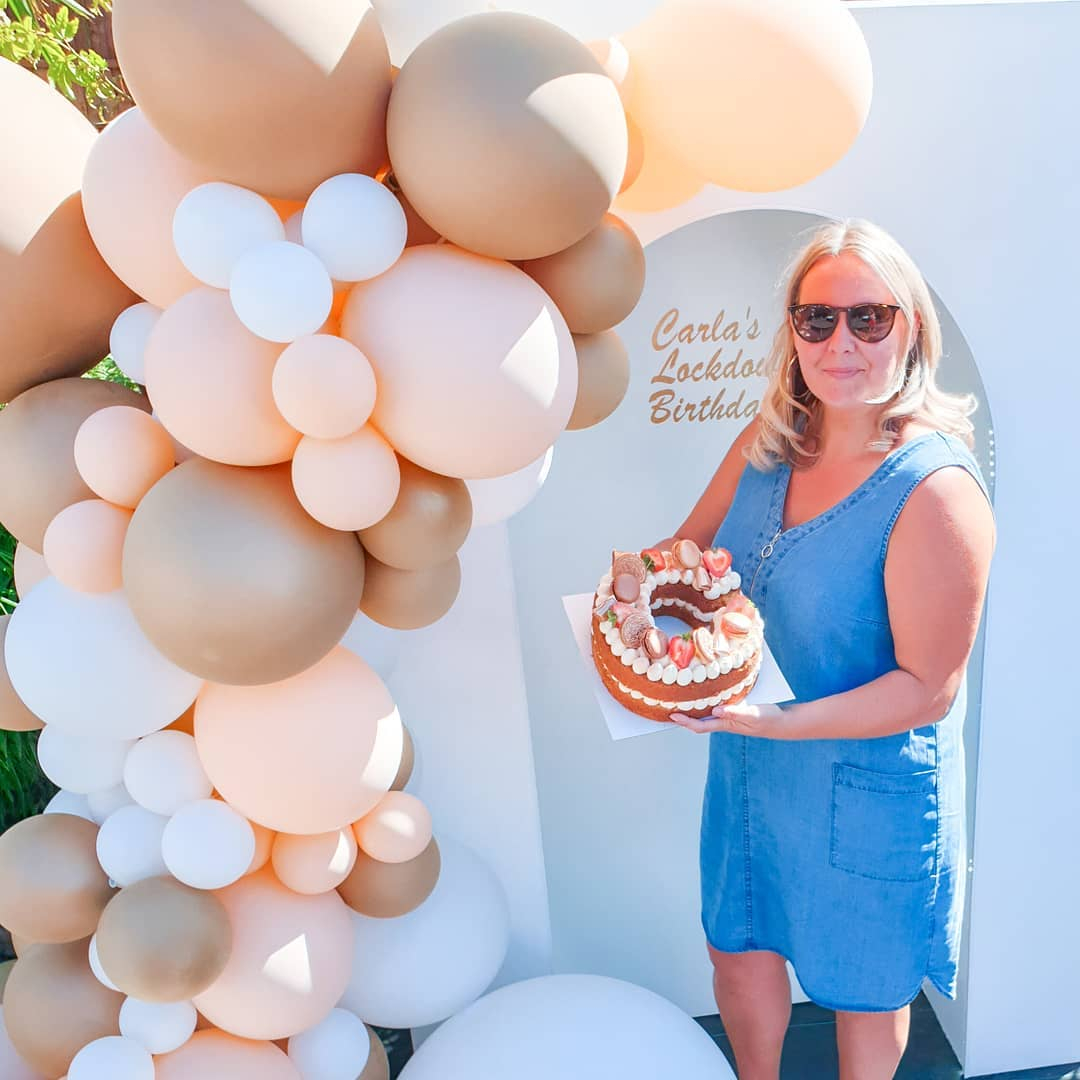 “It was mainly for vanity reasons and I didn’t realise they could actually stop the leaks,” she explained.

Her searches led to a visit to intimate health specialist Dr Shirin Lakhani at Elite Aesthetics in July 2020.

After an examination, Dr Lakhani diagnosed Carla with a cystocele, or bladder prolapse, and an enterocele, or bowel prolapse.

The doctor recommended two treatments – a course of non-surgical treatment involving the Emsella and the Ultra Femme 360 radiofrequence device.

Carla had two non-surgical procedures to tighten her vagina.

"The energy disrupts old collagen fibers and enhances blood flow to encourage the production of new collagen which tightens the vagina.

“The Emsella works to build the muscles of the pelvic floor. During the procedure, patients sit on the Emsella chair fully clothed.

"The electromagnetic fields stimulate the pelvic floor muscles, causing the muscles to contract and release hundreds of times a minute.

"Patients experience 11,400 contractions in a 28-minutes treatment session. The treatment also targets the entire pelvic floor, rather than the 40 per cent which can be activated by consciously tensing.”

Carla has now completed six Emsella sessions and says her whole life has been transformed.

She says her vagina is now neater and tighter and her crippling anxiety over the threat of wetting herself has gone.

The daily wetting herself stopped after just the second of six treatments. 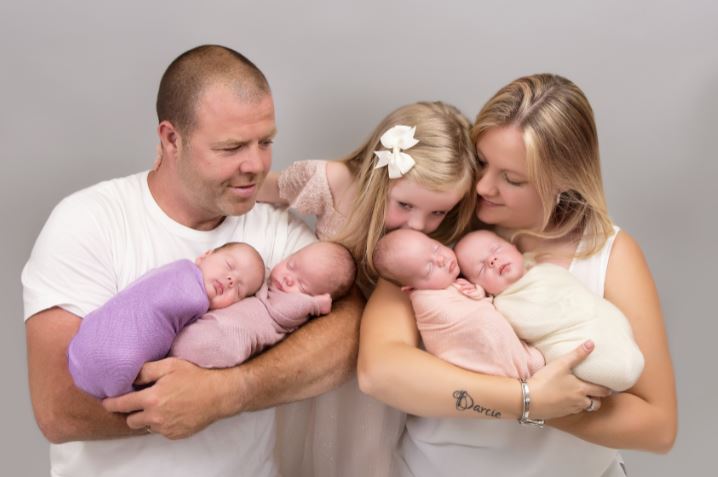 “It’s had such a positive impact on me physically and mentally and so I’m keen to make other women aware of the fact that there are non-surgical treatment options out there,” she said.

“It’s unheard of me being able to jump on the trampoline but now I can. I haven’t had any leaks since the second Emsella treatment and it didn’t hurt at all.

“Now the kids are back in school and I cannot wait to start going to the gym again after I drop them off in the mornings. I feel like I have the real me back.

“I used to walk around feeling like everything was falling out of me but that niggling at the back of my mind has gone – even if I sneeze.”

Boohoo’s New Activewear Collection Is Here and (and 60% Off)