Home » Fashion » I'm a single mum on benefits & childcare costs are crippling me – I want to work, but my credit card debt is piling up

THE cost of childcare is stretching families to the limit – with almost two thirds of working mums barely able to make ends meet.

Women are being forced to re-think their careers, reduce hours, or even leave the workforce altogether because they cannot afford rising bills. 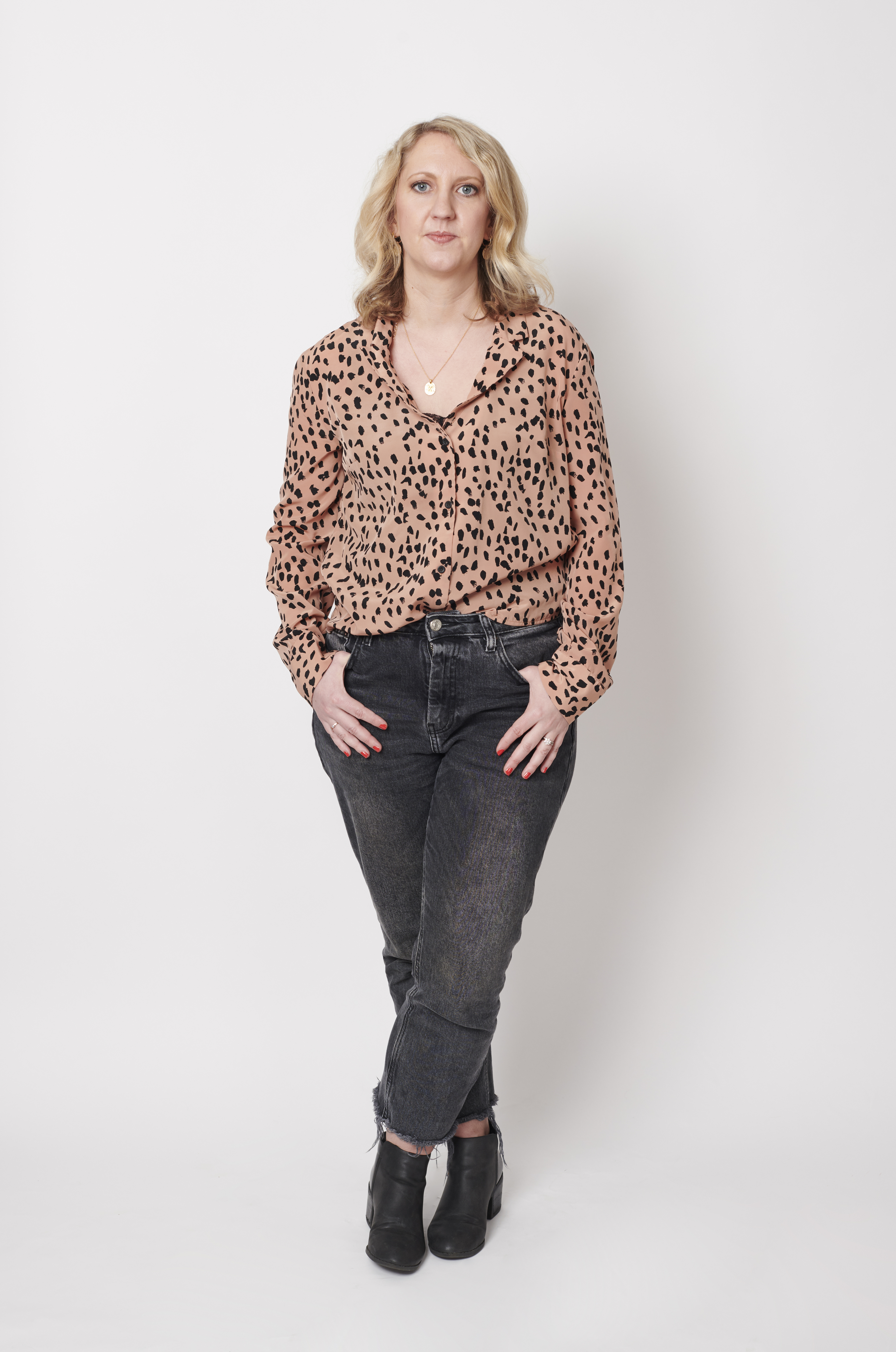 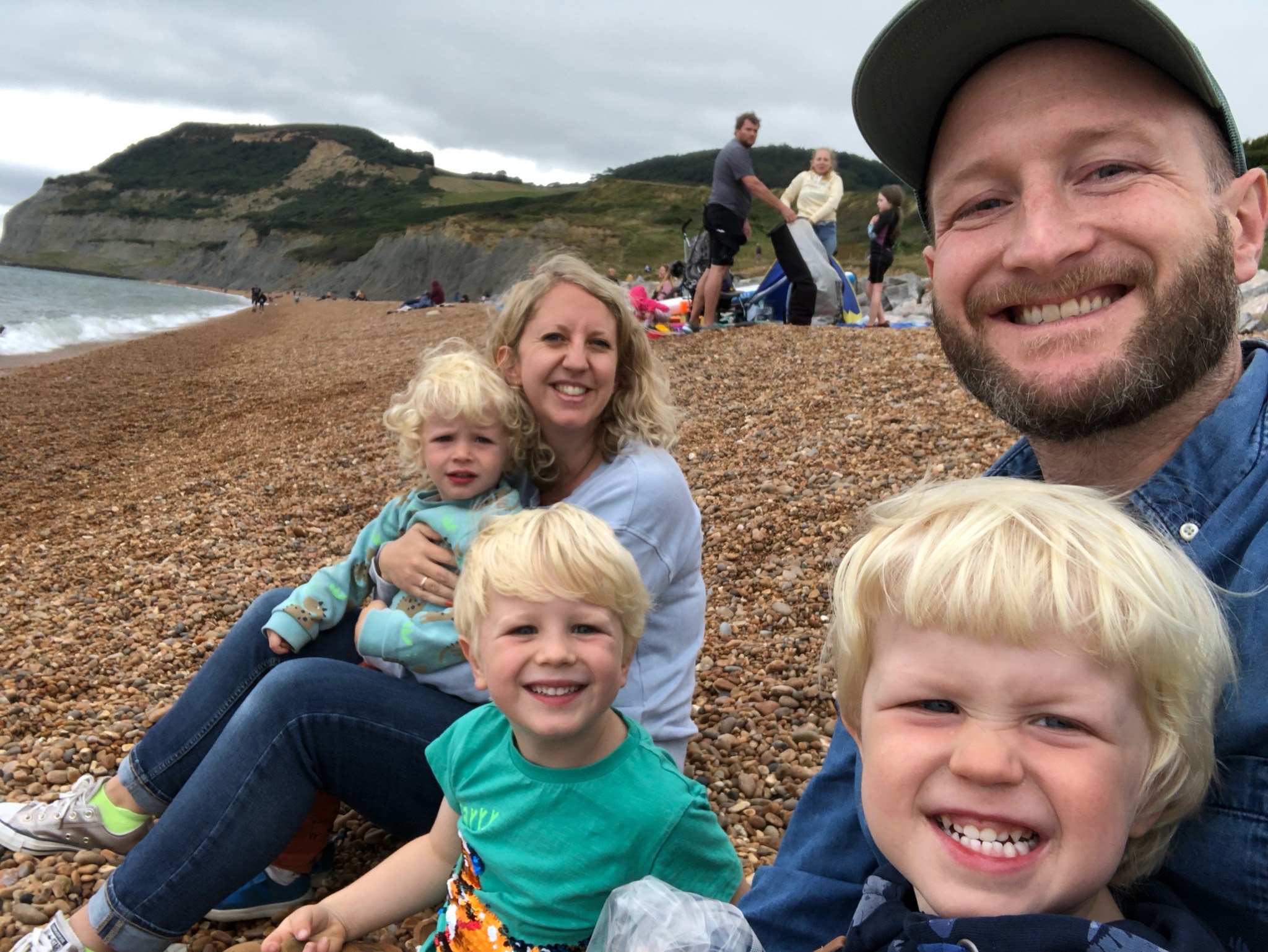 And the situation has worsened during the pandemic as many nurseries have either closed or shut temporarily, due to staff sickness, or have put their prices up.

One third of parents are paying more for childcare than their rent or mortgage with a part-time, 25-hour nursery place for under twos costing ON AVERAGE £7,160 a year, according to a 2021 Coram Family and Childcare survey.

Mum-of-three Katharine Storr, 36, lives in Tooting, South London, where the cost of a part-time place for a child under three is about twice as much as the average household spend on food and non-alcoholic drinks per week which is around £70.

There is nothing left of Katharine’s salary once she has paid nursery fees for her two-year-old twin boys Leo and Cassian, and after-school club costs for five-year-old son Ollie, who attends three times a week.

The writer, who is married to Matthew, 38, a project manager in construction, is a “negative earner” — someone whose income is less than their outgoings.

She says: “Once childcare is paid out of my salary, there’s still £3,600 a year to find. It’s frustrating because I feel like I’m working for free.

In 2018 Katharine was already paying £900 a month to send Ollie to nursery three days a week when she became pregnant with the twins.

She says: “As soon as I found out I was expecting two babies, I was worried about how we would afford childcare for three children aged under three.”

After a stint with a nanny which proved too expensive, they decided to send the twins to nursery, with Matthew covering the £3,600 shortfall.

“I knew that I wouldn’t want to stop working and I had always planned to go back to work. The twins have been going to a nursery four days a week since they turned two.

“We don’t have an extravagant lifestyle, haven’t been on holiday for two years and don’t have any big spending habits.

“We don’t get any financial help apart from £124 a month childcare vouchers through Matthew’s work. By the time all three boys are in full-time school, it makes me feel sick thinking about how much money we’ll spend.

“I have never considered giving up work because it’s something I really value. Home life with three children is full-on and relentless. I also find it quite monotonous so I love to have work as something which is just for me and gives me time and space to use my brain in a different way and keep my career on track.”

While it is 16 per cent cheaper to use a childminder, childcare costs more across the board for those children aged under two.

Prices also vary in childcare settings across the UK. Lauren Fabianski from charity Pregnant Then Screwed, who campaigns on issues faced by pregnant women and working mums, believes an urgent review is required.

A previous petition for an independent review of childcare funding and affordability was closed in November after getting more than 100,000 signatures, but the campaign continues.

Lauren says: “We need to grasp the problems and start working on a solution as soon as possible, which is why we are continuing to ask the Government to commit to commissioning an independent review of the childcare sector.”

Single mum Claire McBride, 31, has fallen into more than £4,000 worth of credit card debt to cover nursery costs for her three children, Daisy, three, Jonah, two, and nine-month-old Dora.

Currently, they are not allowed in nursery until she pays £200 arrears.

Claire, a student and self- employed songwriter, says: “I am desperate to get a good job and provide for my three children.

“But I feel trapped by the cost of childcare. I rely on credit cards and I’ve spent £4,000 on childcare bills.”

Claire is studying for a Master’s course in counselling while raising her three children but she says she is stuck in a cycle of benefits.

She says: “As a student, I’m not entitled to any childcare funding. But I can’t finish my course without completing 100 hours of supervised counselling. It’s a catch-22.

“I live on Universal Credit but it doesn’t stretch to paying for childcare. I receive £95 a week from my university hardship fund but to put my kids into the two days of nursery I need, it costs me £240.

Until Claire of Portrush, County Antrim clears an outstanding debt she owes to her children’s nursery, she is unable to send them back.

"I can’t see how I’ll ever get off benefits. I love my kids and want to treat them to days out at the zoo or nice clothes but I just can’t afford it.
‘Our lifestyle became unsustainable’

“I can’t imagine ever being able to take them on holiday. I feel like every time I take a step forward, I take two back.”

Dawn Fazackerley-King, 36, left with just £41 a month, despite working THREE jobs, after she has paid for childcare.

Dawn, who lives with husband Andrew, 36, a marketing assistant, and their children Isla, four and Maddie, two, in Kesgrave, Suffolk, says: “I earn £8,054 a year and after paying monthly nursery fees of £630, I am left with almost nothing.

“Before the children, I worked full-time as an HR manager. The hours wouldn’t have been compatible with family life and as we were thinking of having a baby, I left.

“In 2017, I qualified as a Pilates instructor and started my own business — then I got pregnant with Isla. By the time I started working again, money was tight. I worked three days a week and put Isla into nursery, which cost £68 per day.

“It was crippling and I had to work evenings and weekends to make ends meet. With a mortgage of £1,100 month, I took on extra work as a teaching assistant in a school. Andrew earned £21,000 which helped with the cost.

“But we had no family nearby to help with childcare and our lifestyle became unsustainable.”

In November 2019, the family moved from their four-bedroom semi in West Sussex to a smaller house in Suffolk, which halved their mortgage, and Dawn found a part-time job in a local school and later moved to working 20 hours a week at a college.

Dawn says: “Moving was a no-brainer because we would be better off. I now work 20 hours a week at a college while both girls go to nursery for 21 hours. As Isla is over three, she gets 30 hours of nursery paid for by the Government. But we have to find £52.50 a day for Maddie because she isn’t entitled to free hours until next year.”

Dawn has also taken on a zero-hours contract at an estate agents at weekends, but she is still only left with £41 a month after childcare is paid.

She says: “It means less family time but we don’t have much choice. We’ve considered me not working, but we both feel that our girls should learn the value of money, and how it’s earned.

“I’ve also worked all my life, and don’t want to stop now. I didn’t realise how many sacrifices I’d need to make when I decided to have children — and I firmly believe women can’t have it all, no matter what people say.”

It isn’t only parents who are struggling. Childcare providers are feeling the strain too as a result of closures that have happened during the pandemic.

A third of local authorities say the number of venues closing their doors has increased, and 39 per cent are seeing a rise in prices.

Although Dawn will feel the impact of price rises, she refuses to stop working.

She says: “This month, the nursery fees increase, which means I will earn nothing after paying the bill. Things will be easier when both girls start school.

“But until then we will have to plough on and try to avoid getting into debt.” 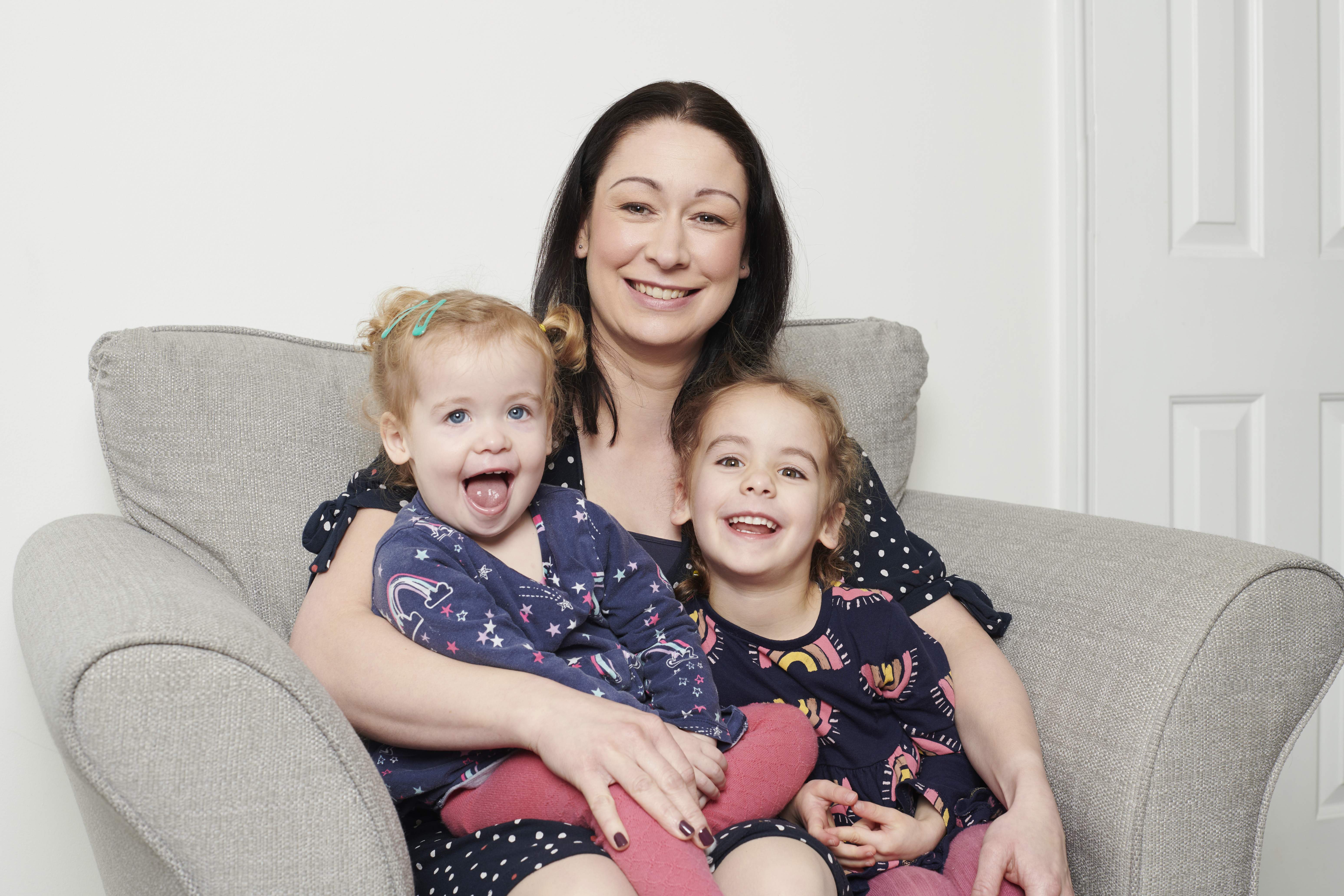 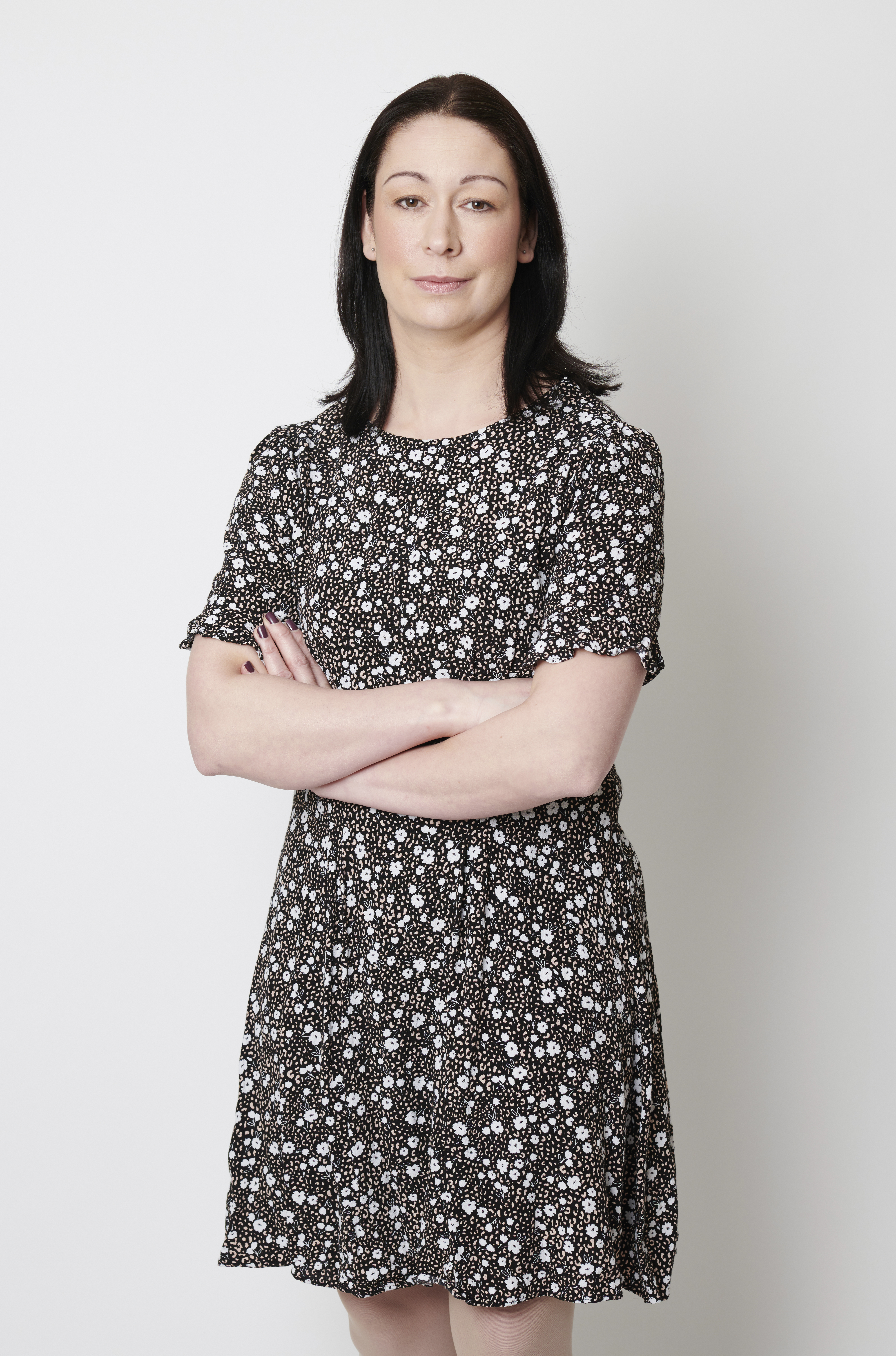 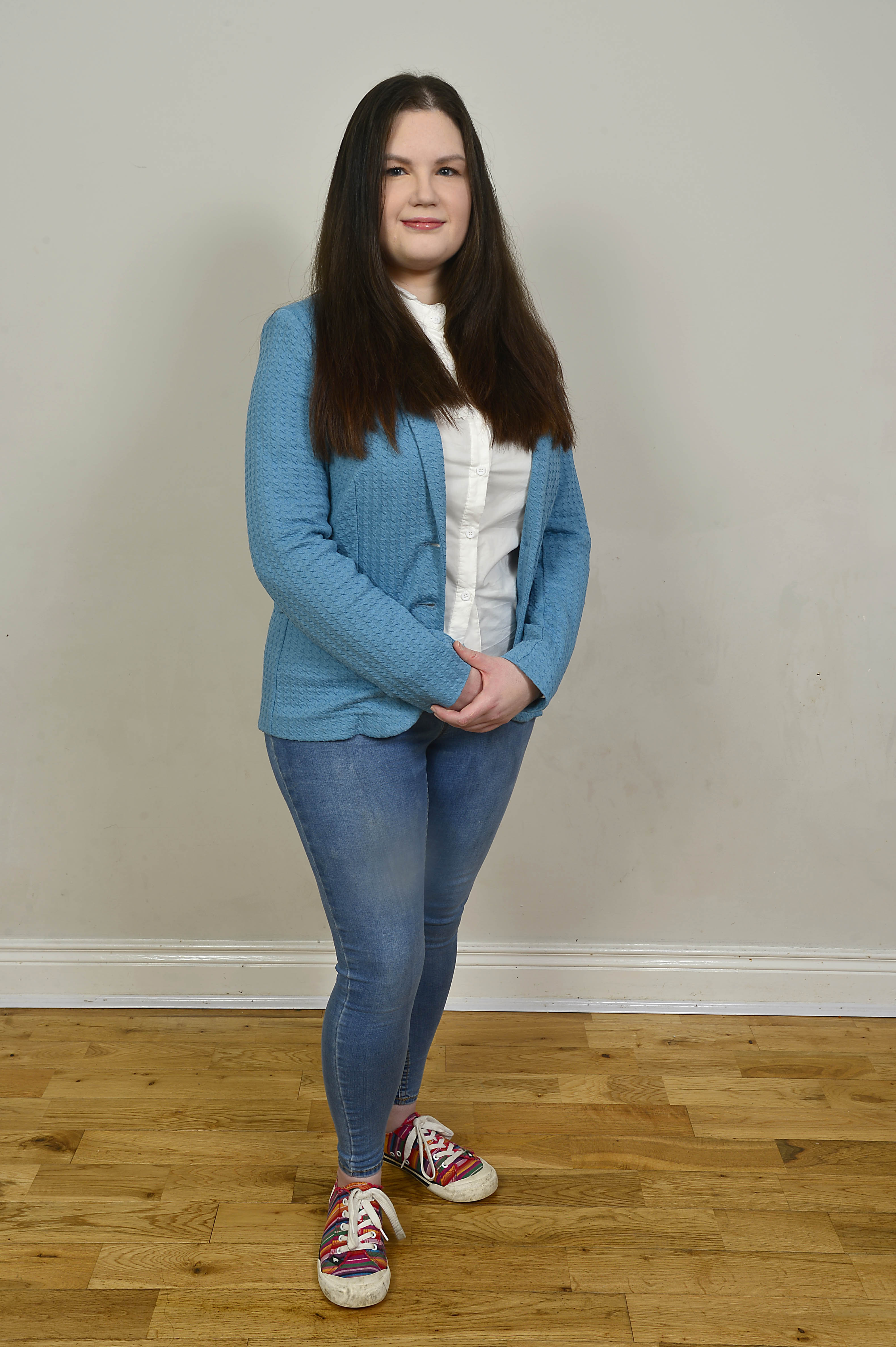 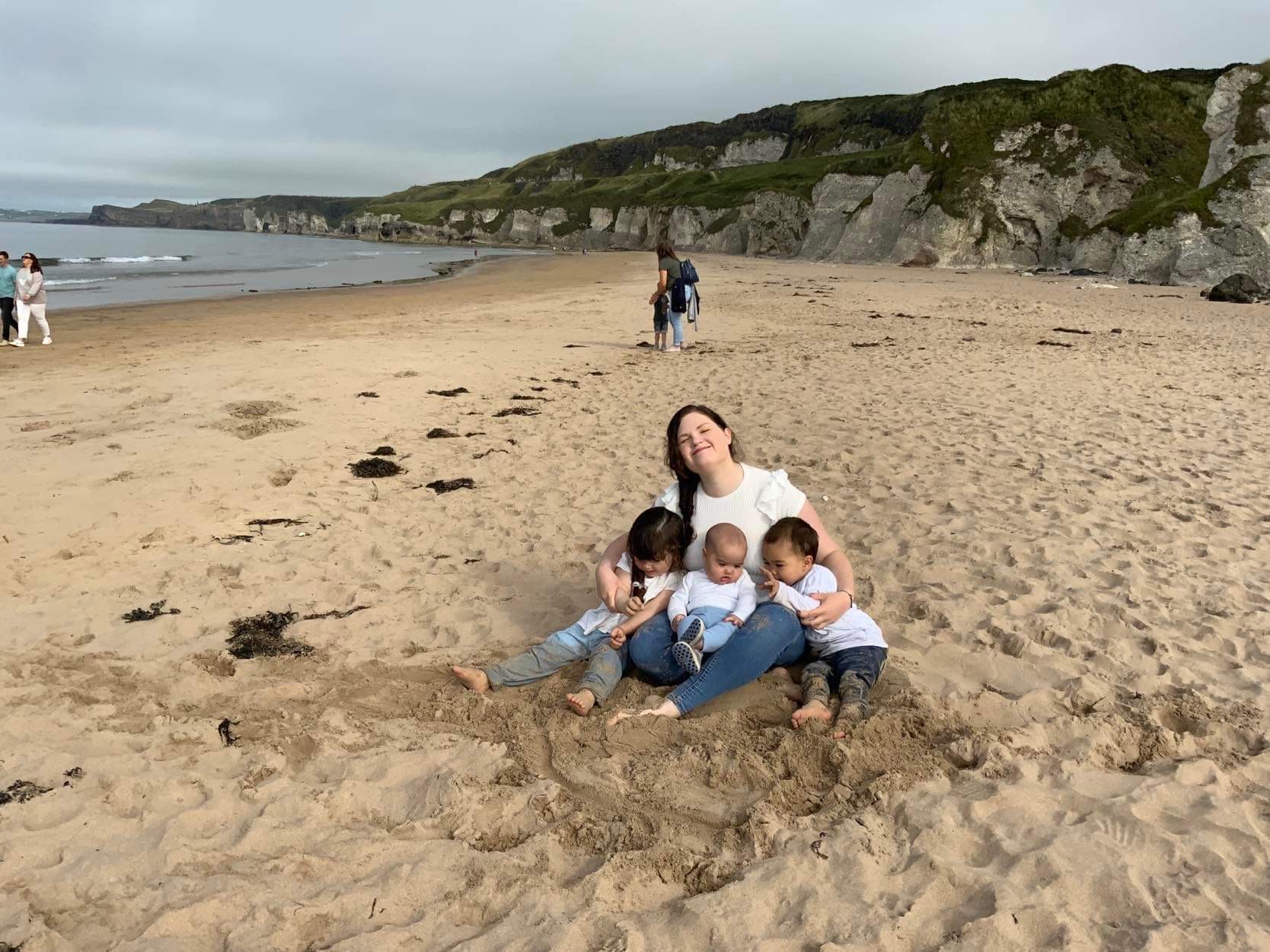 How to keep costs down

PARENTS of children between the ages of three and four can get up to 30 hours’ free childcare a week – if they work and meet certain conditions.

You must earn a minimum of the equivalent of 16 hours a week at the national living or minimum wage and under £100,000 a year.

Even if you don’t meet those conditions, every child between the age of three and four is entitled to 15 hours of childcare.

Check if you are eligible for up to £2,000 tax-free childcare for your child if they are 11 and under. You have to meet certain criteria but if you are eligible you’ll set up an online childcare account for your child and for every £8 you pay in, the Government pay £2 for you to use to pay your provider – up to £2,000 a year. Those with kids with disabilities can claim up to £4,000 and up to the age of 16.

Families with a low income may also get free childcare for two-year-olds. Check gov.uk/childcare-calculator for details.

Check that the childcare setting is registered – using the Family and Childcare Trust website.

Also remember to look for free after-school clubs and classes and if grandparents help out, then encourage them to apply for National

Insurance credit – which will give them a £230 boost to their state pension each year.

And don’t forget to check your benefits. Working tax credit and Universal Credit both have ‘childcare elements’.

To qualify for working tax credit, you and your partner – if you have one – both work at least 16 hours a week. One of you can be out of work under certain circumstances.

For example, if you are entitled to carers allowance.

Kim, Kourtney, and Khloe Kardashian among celebrities with the most 'fake followers' on social media