A MUM has come under fire for revealing she lets her seven-month-old daughter go to bed at midnight.

The mum-of-two, Victoria Yavnyi posted the video on her TikTok account, toriyav, where it has been viewed over 500k times. 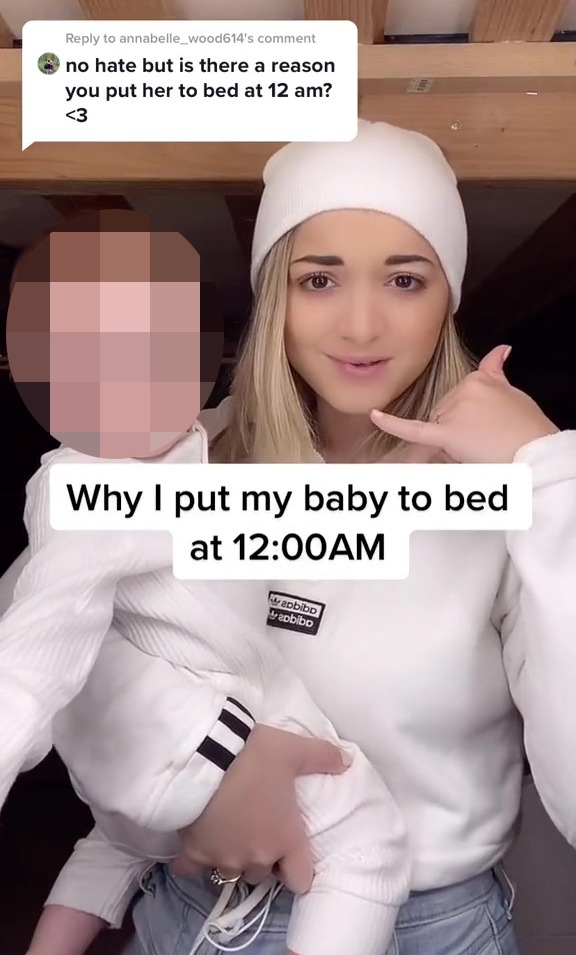 Victoria, 24, who is believed to be from the US stated in a video that she puts her daughter to bed at 12am, which led to some users asking why.

The mum responded in a video and wrote: "I never understood why parents would put their babies to bed at 7pm.

"That just means when they have their full 12 hours of sleep, they would wake up at 7am.

"And us being stay-at-home parents,this isn't very necessary.

"As long as the baby has their needed amount of sleep the time you put them to bed doesn't matter.

"Time is a man-made thing, so she sleeps from 12am to 1pm and that is what works for our family."

Although Victoria stated that this routine works for her whole family, many people disapproved of the idea of putting a baby to bed at 12am.

One user exclaimed: "That is such irresponsible parenting. you are selfish and clearly not ready to be a mum."

Another user commented: "You are setting her circadian rhythms now for the rest of her life, it's not about what is convenient for you."

A third person responded: "So basically you have decided to give the baby a sleep cycle of an unhealthy teen so you don't have to parent for the first six hours of the day."

However, some users defended the mum's parenting method and agreed each family is different.

"I like this idea, I used to always put my first baby to bed late too (9pm to 10pm), I've never had so much sleep in all my life, it was the best!" Said one mum.

Another user agreed, saying: "I work from home and my baby sleeps from 11pm to 11am, it allows me to wake up, clean the house, make all my calls for work and she wakes up right on time for us." 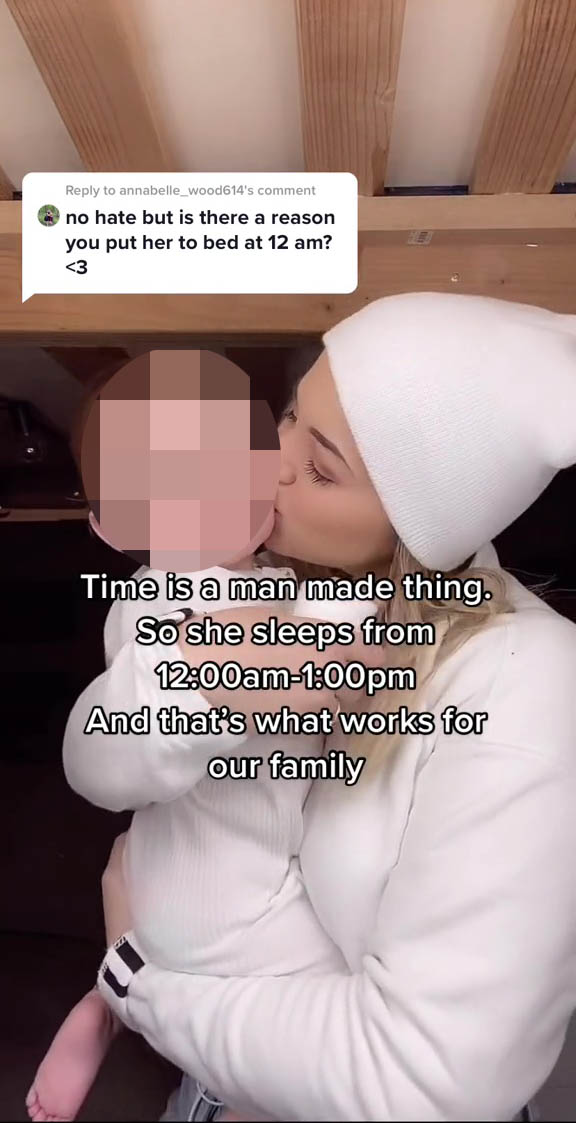 For more parenting news, check out the four things a teacher says you should do before picking out your child's school.

Plus, I cried when we cut my son's hair, it was 24-inches long but he was sick of being called a girl.

Meanwhile, I'm a crunchy mum and will breastfeed my kids for as long as they want, even if they're eighteen.

Tom Ford Will Never Be Caught Dead in Overhead Lighting

Nobody Puts Baby in a Corner — in Fact, Her Whole Wardrobe Belongs in the Spotlight