THEY may be one of the most down-to-earth Royal couples – but when it comes to their interiors, Kate Middleton and Prince William's Kensington Palace home is certainly fit for royalty.

Although the Duke and Duchess of Cambridge have been self-isolating with their three children at their Norfolk home since March, they usually spend the majority of their time at their London residence. 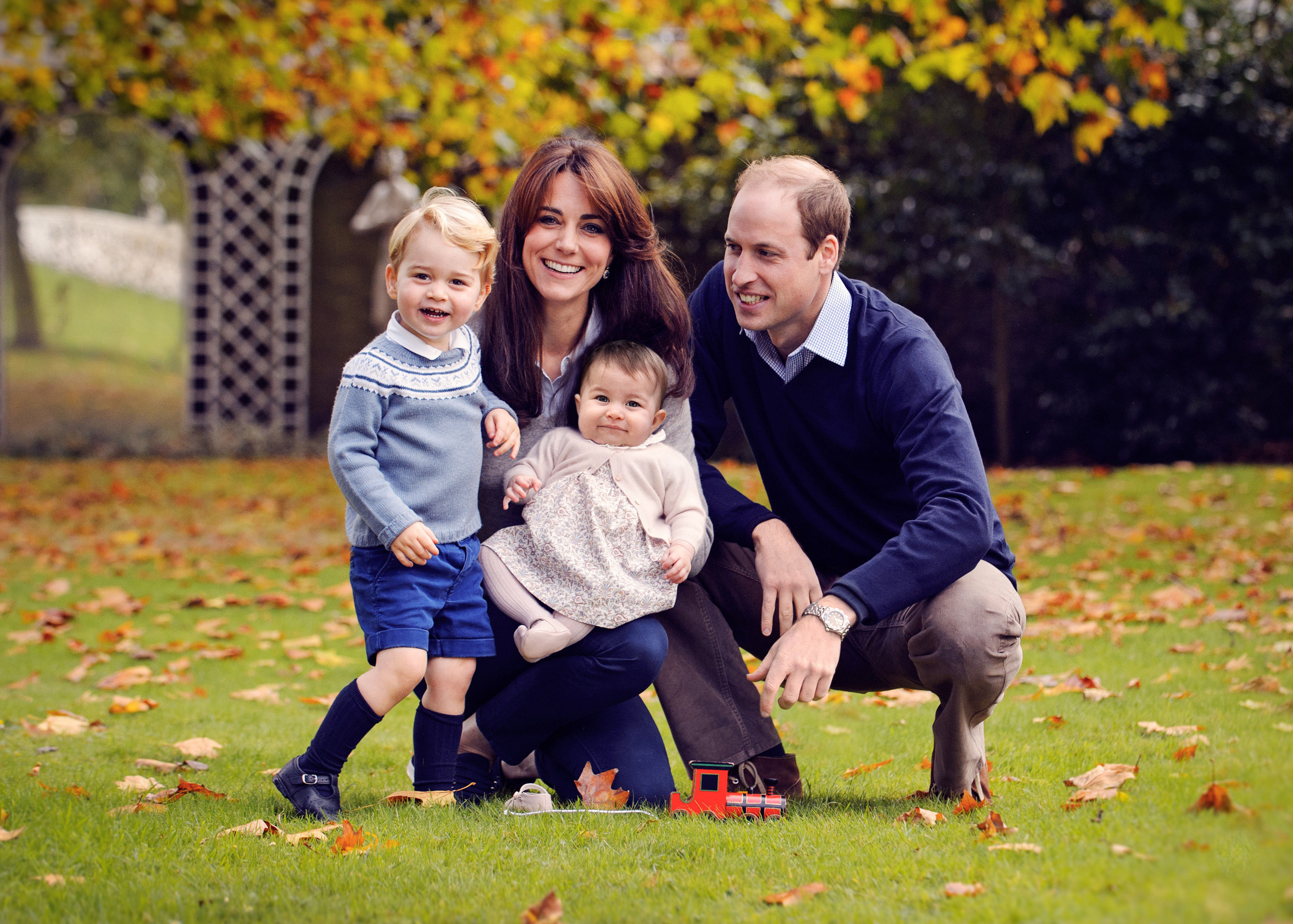 The couple's enormous family home in Kensington Palace is spread over four floors and boasts over 20 rooms – including five reception rooms, three bedrooms, and both a day and night nursery for the children.

In 2013, the couple reportedly spent £3m renovating Apartment 1A – which had been used as office space when the previous owner Princess Margaret passed away.

And while Kate and William rarely share photos from inside their main residence, what we have seen of their home looks like something straight out of an interiors magazine.

When the couple welcomed President Obama and his wife Michelle to their home in 2016, the high-profile couples enjoyed a sit-down chat in Kate and William's perfectly decorated living room. 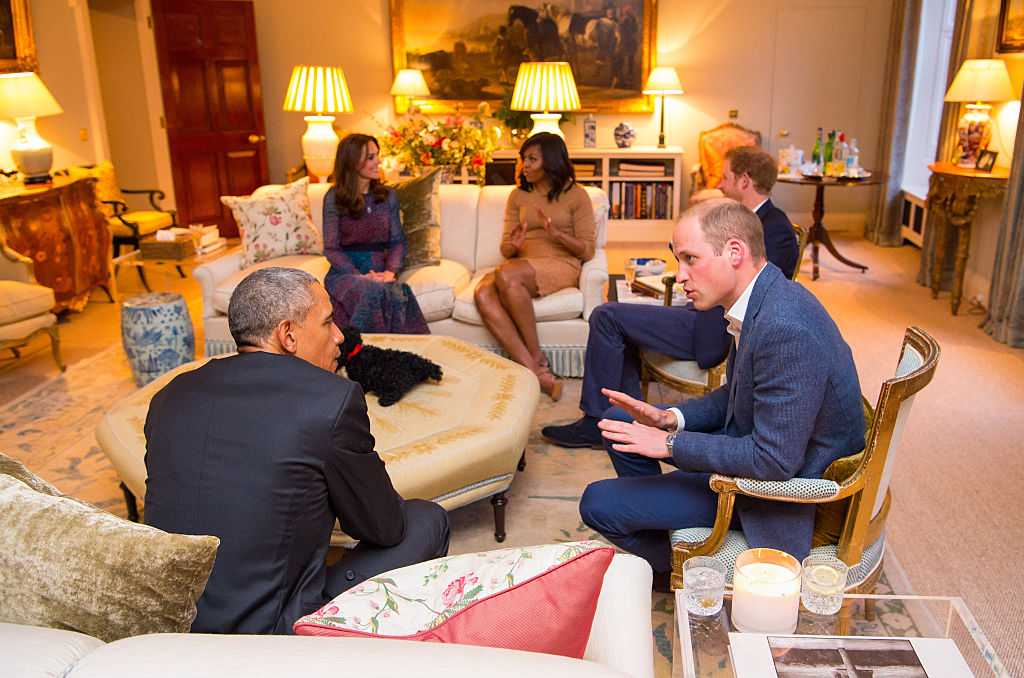 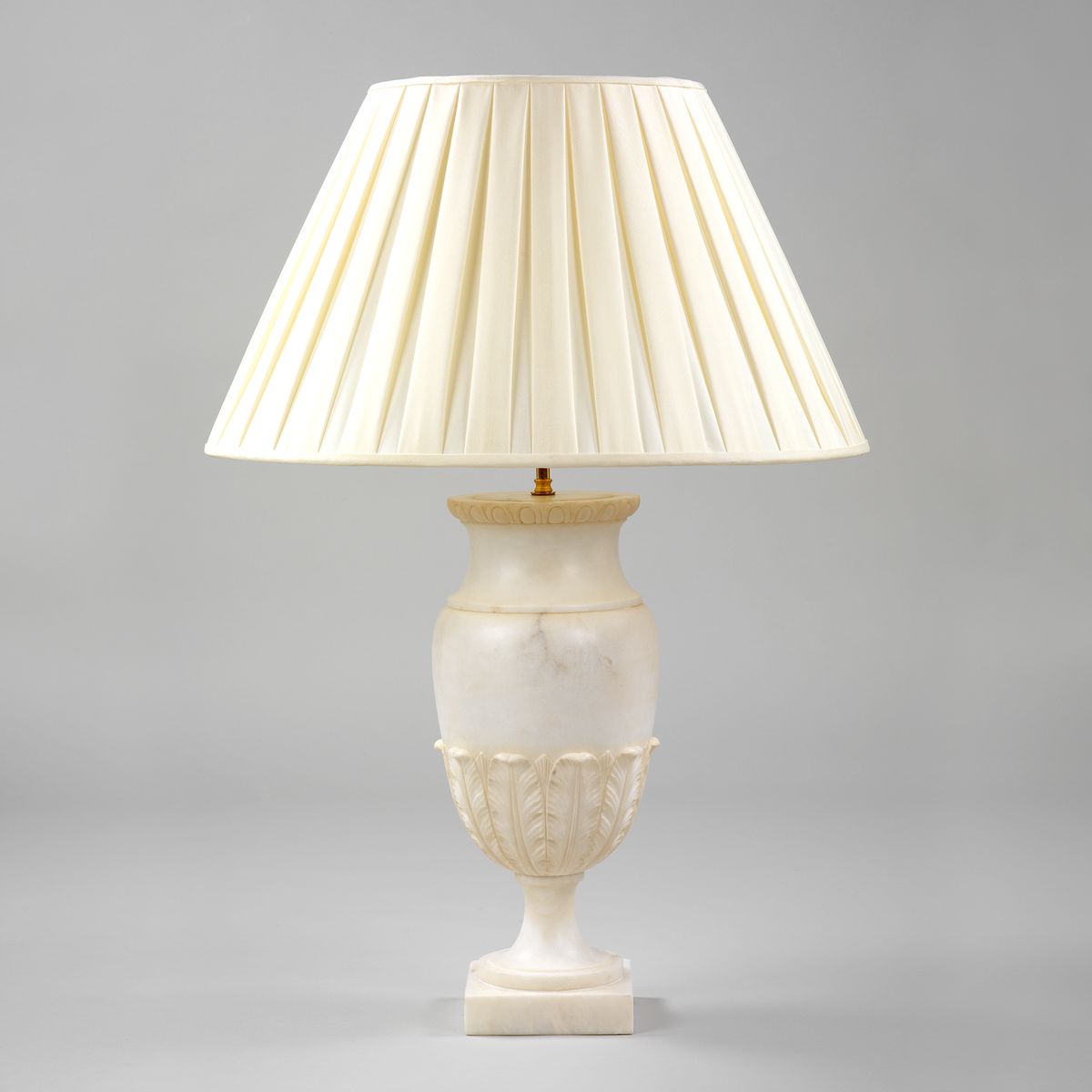 With extravagant ornaments sitting on every surface in the room, the royal couple also have a mix of antique and modern furniture as they pay tribute to Kensington Palace's history.

But if you're wanting to recreate the royal look at home, the couple's exact table lamps will cost you a small fortune.

Behind Kate's chic white sofa – littered with green velvet and floral cushions – is a oak side table with two £900 lamps sitting on it.

Made by high-end brand Vaughan Designs, the marble lamp has intricate feathers carved into the body and a traditional white fanned shade. 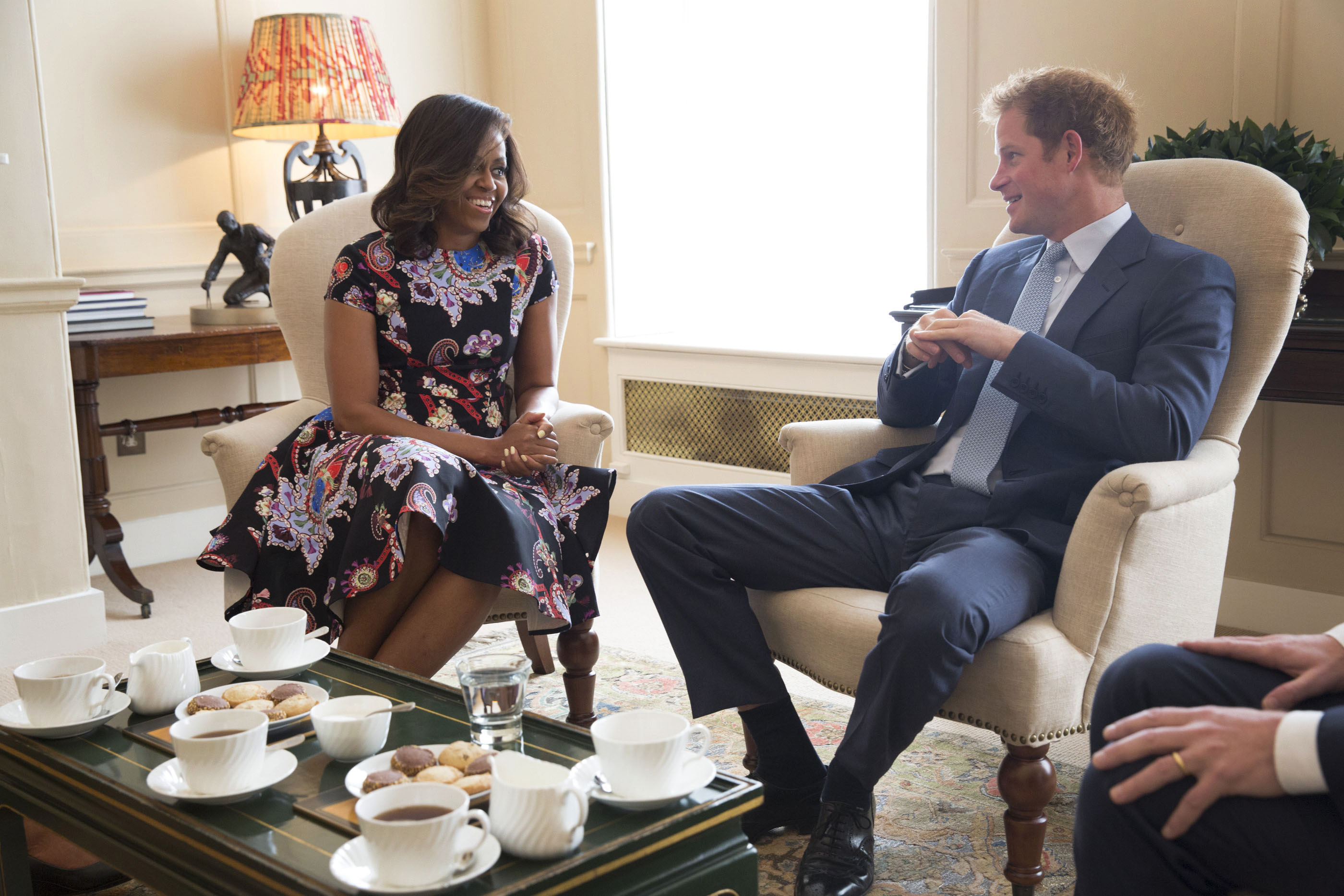 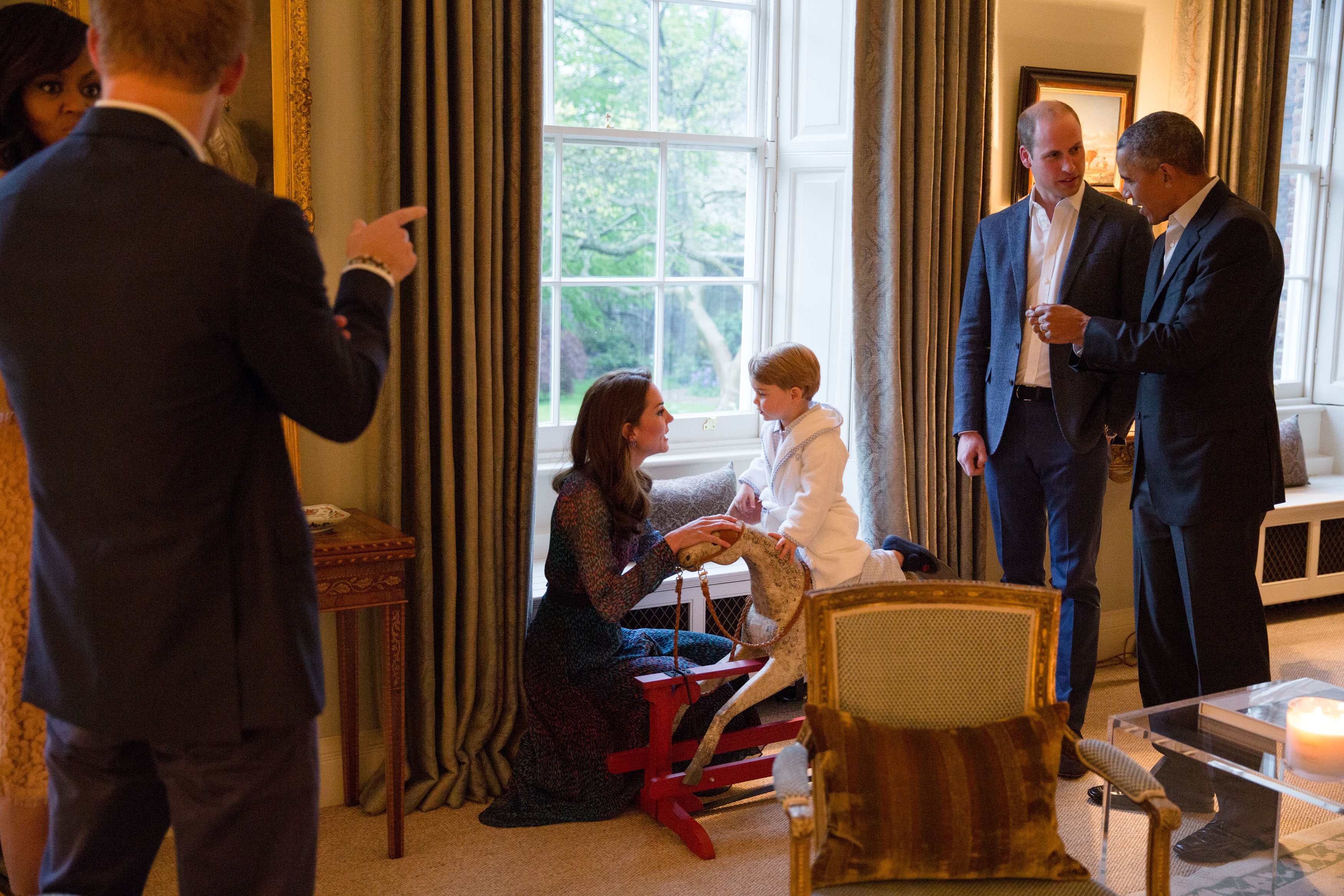 The four-story home – which previously belonged to Princess Margaret – is also decorated with paintings belonging to the Royal Collection and has stunning floor-length green curtains which offsets Kate's neutral furniture.

And just like any family home, the Cambridge household has children's toys scattered about the place – expect they're a bit more luxurious than your bogstandard Lego.

The stunning Victorian-inspired toy was crafted by American toymaker Jackie Wilson and would have cost £1,100, The Oklahoman reports.

What's more, earlier this year Kate and William treated fans to a glimpse of their separate home offices – which are (unsurprisingly) very tastefully decorated and brimming with extravagant ornaments. 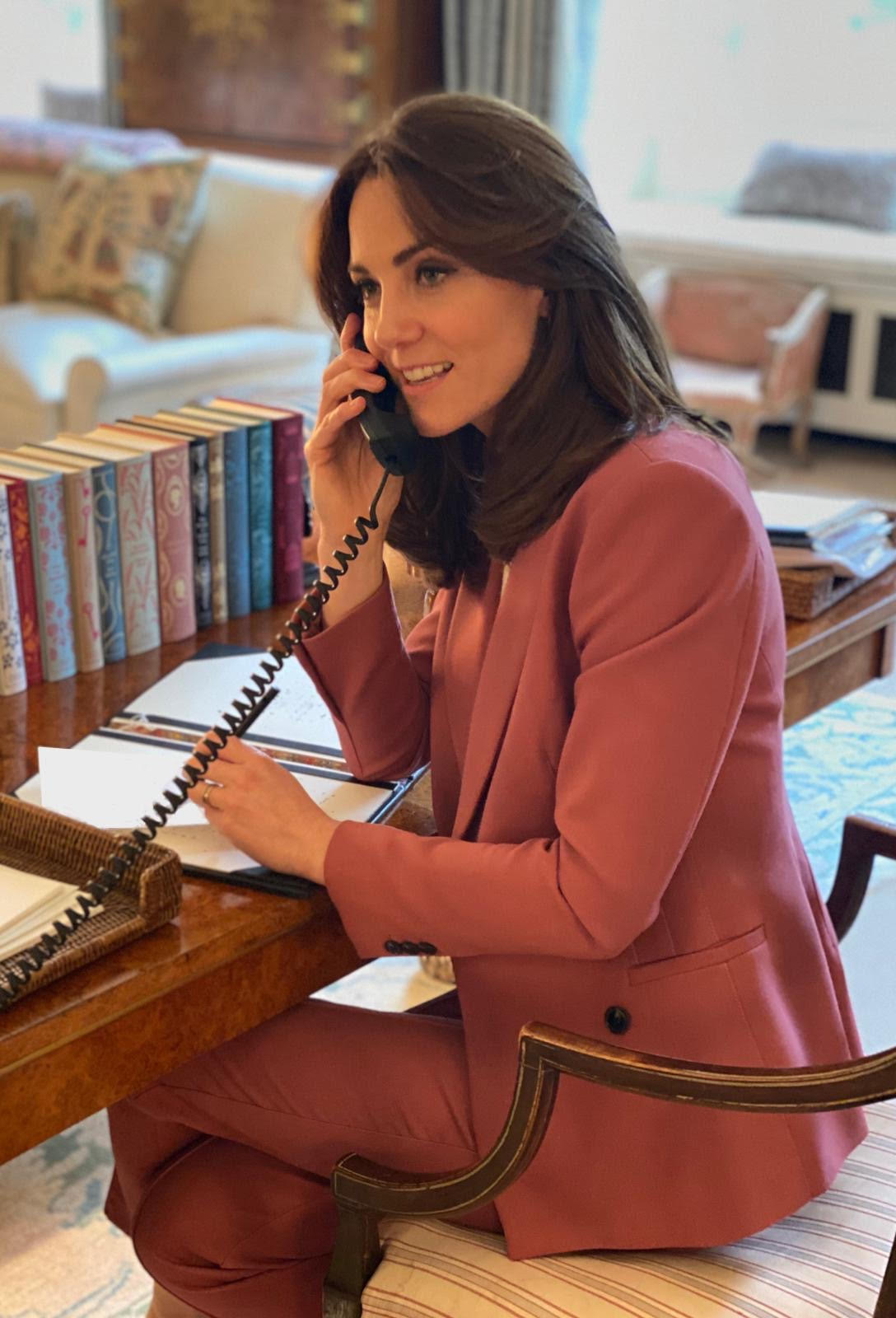 Dressed in a pink power suit, the mum-of-three was pictured sitting at her ornate oak desk which is lined with £11 Penguin Classic novels – including Jane Austen’s Sense and Sensibility and Middlemarch by George Elliot.

Kate's office also has white sofa – similar to the one in her front room – in her office as well as a pretty pink children's chair by her desk.

Describing Kate's "family-friendly" office, a source previously told Fabulous Digital: "The comfy pink club chair in Kate's study is placed near her window seats, which are above the covered radiators pipes.

"They have made-to-measure cushioning for visitors and the children after school who watch mummy at work." 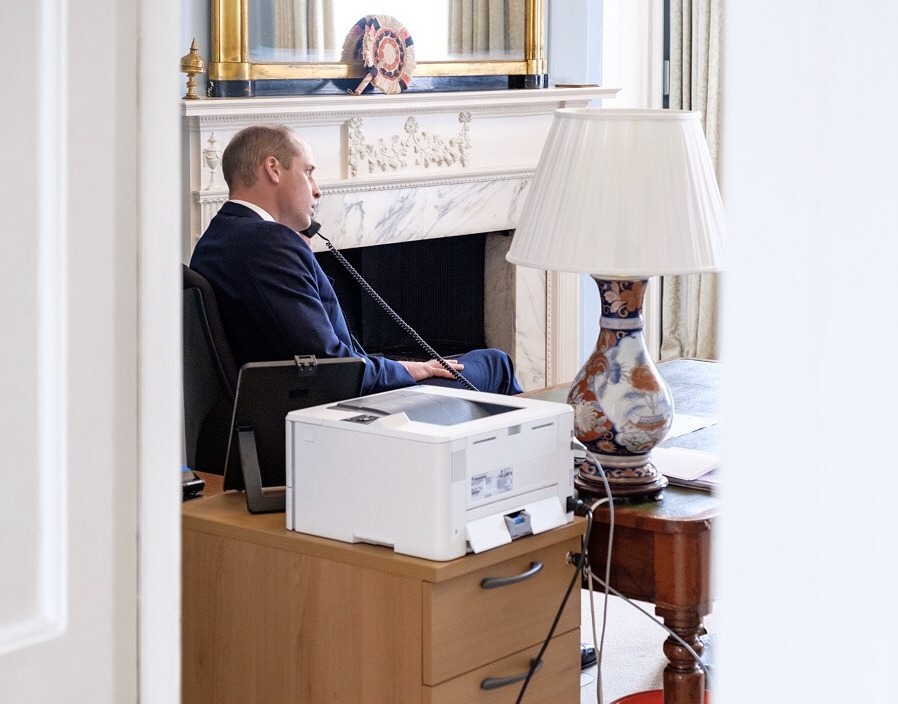 Meanwhile, William's office is decorated in a more practical fashion – with his printer being on full display from the doorway.

In the sneak peek of the Duke's office, William is seen sitting in a black office chair and facing away from a framed family photo.

The second-in-line to the throne has an antique office desk like his wife and the green curtains in his study match those in the living room. 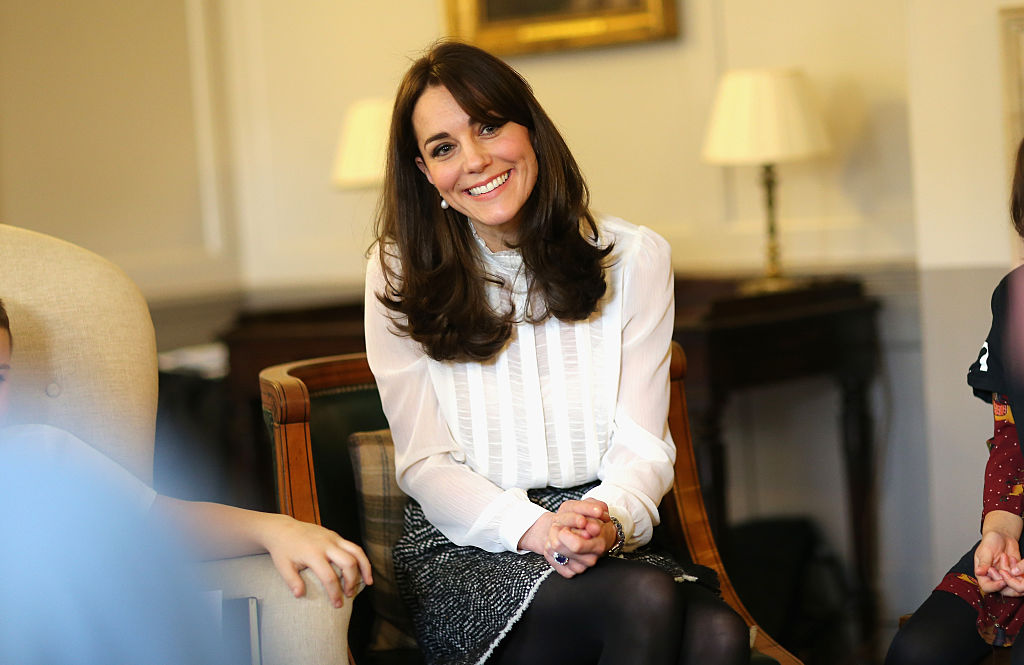 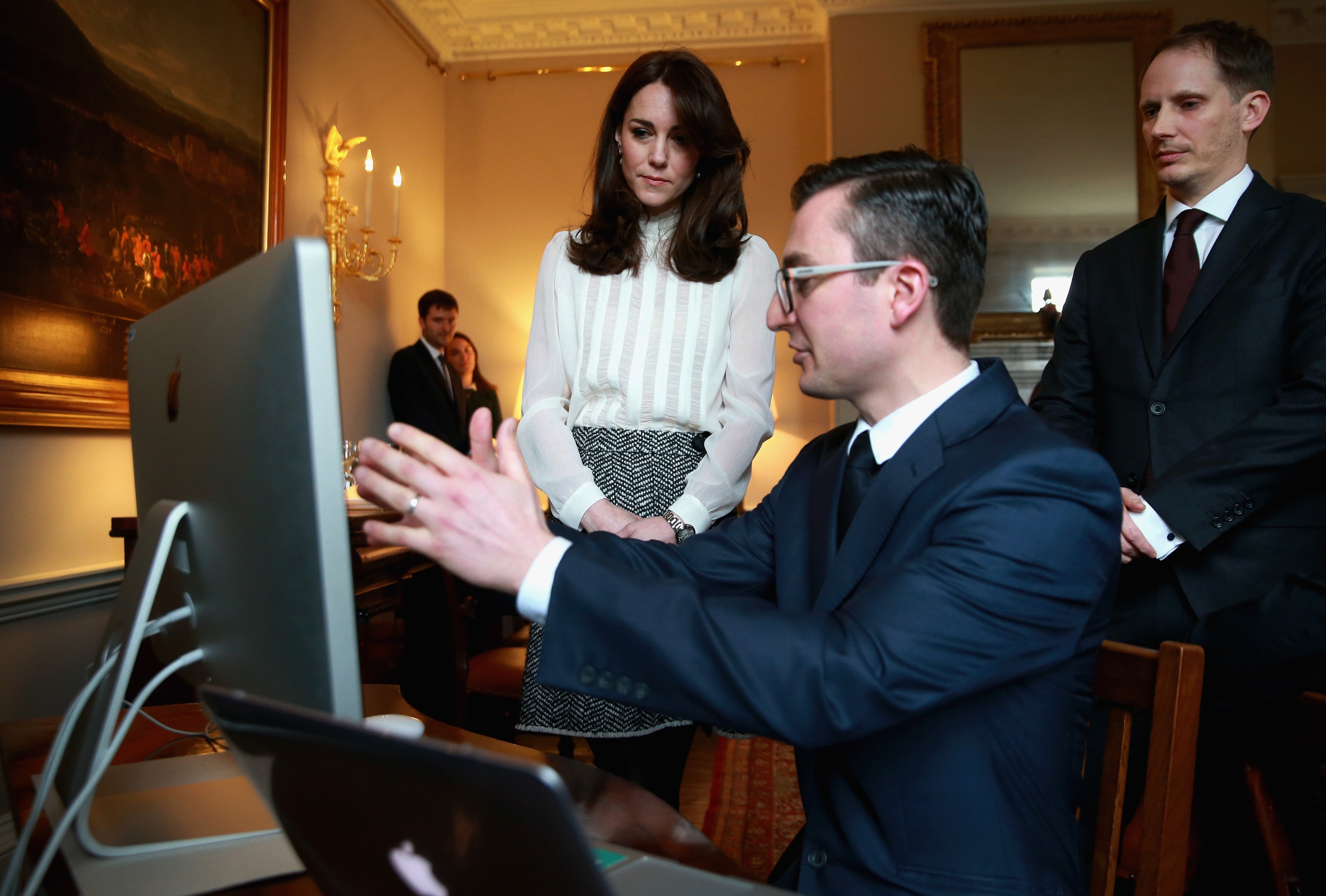 In 2016, the Duchess of Cambridge invited cameras into her Kensington Palace home when she guest edited the Huffington Post for a day.

The savvy mum-of-three converted one of her living rooms into a makeshift newsroom – and showed off her vintage mahogany desks, chairs and side tables in the process.

Moving away from the marble lamps in her reception room, Kate has brass lighting in this traditionally-designed room.

Meanwhile, all the chairs are decorated with tartan cushions which offsets the green tones of the furniture and walls.

And Meghan Markle and Prince Harry’s son Archie is ‘just about walking’ and ‘loving life in LA’, a royal expert has claimed.

Plus Kate Middleton is ‘team player rather than a leader’ in the Royal Family & has hugely grown in confidence, an expert has claimed.

11 Greatest Products to Come Out of Shark Tank