Home » Kaavia James, 2, Unboxing Her $3,790 Valentino Bag Is the Cutest Thing Ever 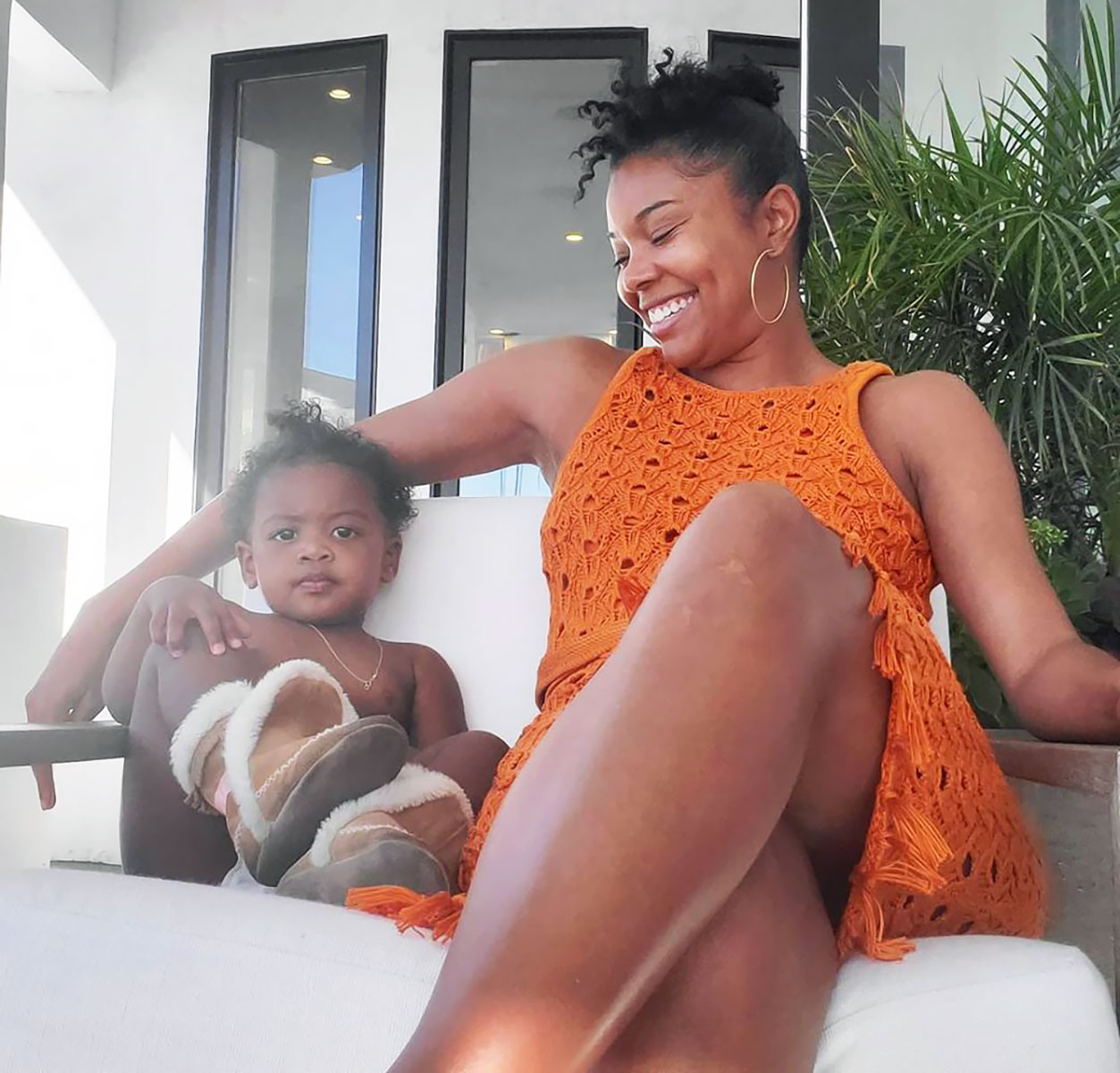 Kaavia James is one bougie baby! The 2-year-old got quite the fancy gift earlier this week — her very own $3,790 Valentino bag.

Gabrielle Union, who shares Kaavia with Dwayne Wade, graced Us with a TikTok video of her daughter opening the designer present. And to say the unboxing was the cutest thing we’ve ever seen, would simply be the understatement of the century.

Now, while there’s no question that Kaavia is a fashionista-in-the-making, she didn’t really understand the present at first glance. “Whoa, it’s a dress,” she exclaims while opening the box.

But once the mini handbag was out of the packaging, the little one caught on pretty quick. “It’s a purse,” she said, swigging the crossbody strap over her shoulder. “I have my purse on.” She even gave a shot at saying Valentino, which came out a little more like “Valentio.”

Kaavia was certainly feeling pretty swaggy with her new accessory, strutting around the room in her pink and white matching set. She even manifested her future boss b—tch status, claiming that she’s “a doctor.”

Another Day, Another Pic Proving North West Is More Stylish Than We’ll Ever Be

Union was all for the high power career move. She said, “Yes ma’am. You are a successful doctor with your Valentino bag.”

After touting around her purse, it was time to pack it up nice and safe in it’s box. But Kaavia had another plan. “No, I wanna keep it on,” the toddler insisted.

Not her sleeping with her purse ? #valentino #thankyou #kaaviajames #toddlertok

Union begged the question: “Are you gonna sleep with it?” The answer? Heck yes!

Kaavia — clutching her Valentino ever so tightly — plops to the ground for an impromptu nap. The end.

The cuteness overload obviously caused the comments section to blow up, with many loving how the toddler’s first thought was that the expensive accessory was a doctor’s bag.

Celebrity Parents Who Have Had Twinning Style Moments With Their Kids

“That’s right. Paging Dr. Kaavia James. You’re needed to the ER please,” one fan joked. Another added: “She can’t put her purse away! She’s on call and has to be ready to leave at a moment’s notice, obviously.”

To be fair, the structured bag could resemble a briefcase. “It does give the old school doc bag look. Good eye girlfriend,” a TikTok user added.

Others just gushed over her adorableness. A fan wrote: “She’s so smart!!! Just when you thought you couldn’t love this kid more, bam it happens!”

While this might be Kaavia’s first Valentino, the stylish tot did try to steal her mom’s Prada earrings a few weeks back. “It’s [the earring] Kaavia’s,” she said in a TikTok video when Union tried to take the studs back.

It’s unclear who won the earring debate, but Kaavia definitely rocked them!

Meghan Markle Lives by These Style Rules, Whether She Knows It or Not