For the Queen’s funeral, the Duchess of Sussex donned a Stella McCartney cape dress in black, while the Princess of Wales wore a bespoke Alexandra McQueen coat dress, also in black. Both looks were inspired by outfits the women have worn before, for previous royal engagements.

Looking first at Meghan’s outfit, the Duchess already owned a Stella McCartney cape dress before the funeral, but in navy blue.

According to fashion expert and author of HRH: So Many Thoughts on Royal Style, Meghan combined this dress with a hat she wore during the Platinum Jubilee celebrations earlier this year, in June, to create the look she donned to the Queen’s funeral.

The hat was by Stephen Jones for Dior, and was white. The version Meghan wore to the funeral on Monday was exactly the same, but in black.

READ MORE: Prince William will be a new kind of King – ‘warmth and connection’ 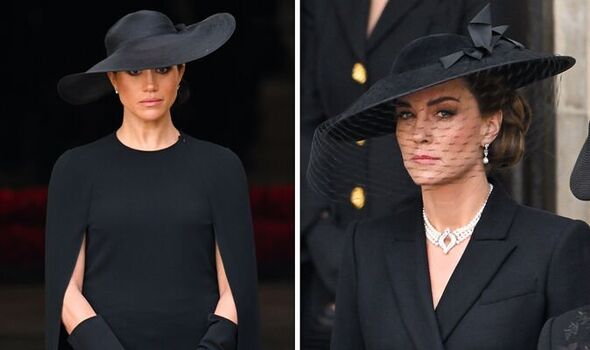 Meghan completed her funeral look with Stuart Weitzman Black Tippi Pumps in black and a pair of black sheer tights.

As for jewellery, she accessorised with her iconic Love Yellow Gold Bracelet from Cartier and a pair of pearl earrings, gifted to her by the Queen in 2018.

She completed the look with black Valentino gloves, which she removed as she entered Westminster Abbey.

The Duchess’ hair was tied in a low bun at the knape of her neck and she wore minimal make-up.

As for Kate, she wore a bespoke, black Alexander McQueen coat dress on Monday.

This was the same coat dress she wore for the Trooping the Colour as part of the Platinum Jubilee bank holiday weekend celebrations back in June – but that version was white.

The garment has a wide collar, a cinched in waist, and a slightly pleated skirt. 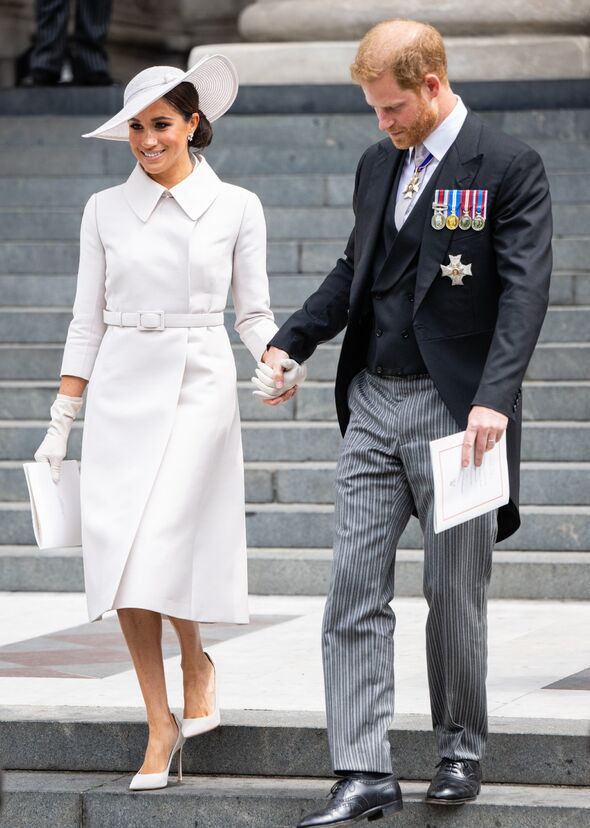 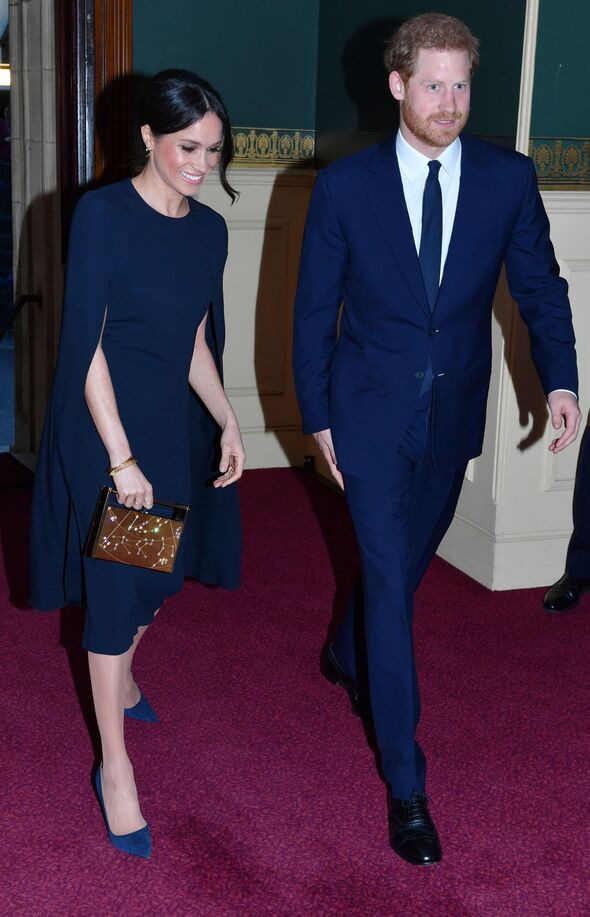 As for jewellery, she donned special pieces from the late Queen’s collection.

She wore the same jewels for the Duke of Edinburgh’s funeral in April 2021, which gave them an extra special significance.

Elizabeth Holmes called Meghan and Kate’s outfit combinations examples of “fashion math”, saying they “did very well with it”. 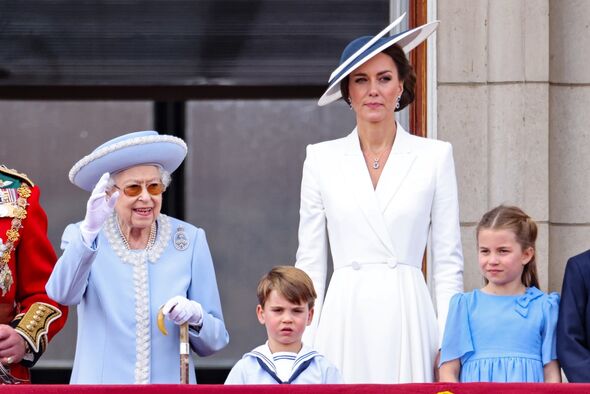 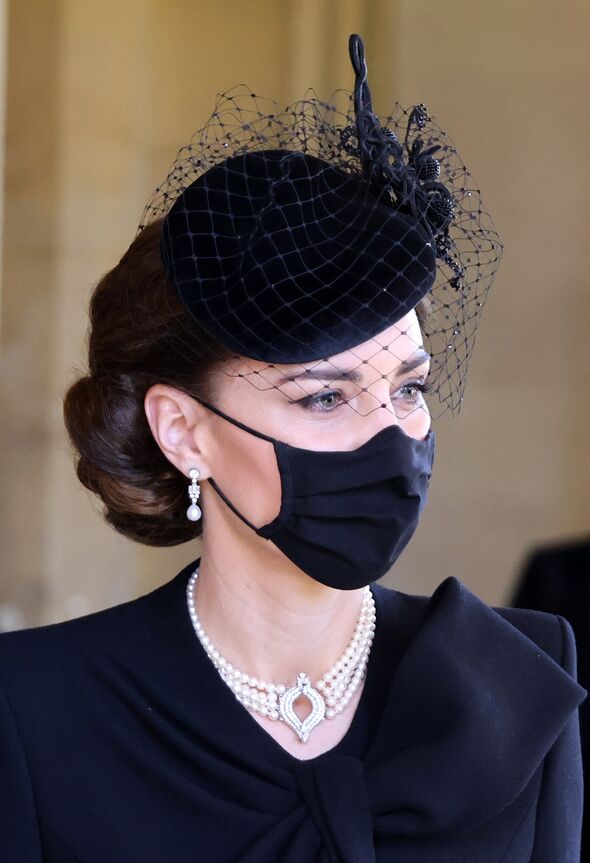 The fashion expert explained how the repurposing of outfits worn in the past “first and foremost lends an air of familiarity to what is a formal and foreign occasion”.

In this instance, a formal and foreign occasion is a monarch’s funeral.

She added: “It’s showing their affection for her.

“They are wearing clothes they wore to celebrate her and are carrying out her legacy by dressing really thoughtfully.”