KATE Middleton looked stunning as she arrived at a primary school in the Bahamas and joked that they had brought the English weather with them amid the downpour.

The Duchess of Cambridge wore a light coloured pastel green dress as she hid from the torrential rain under an umbrella. 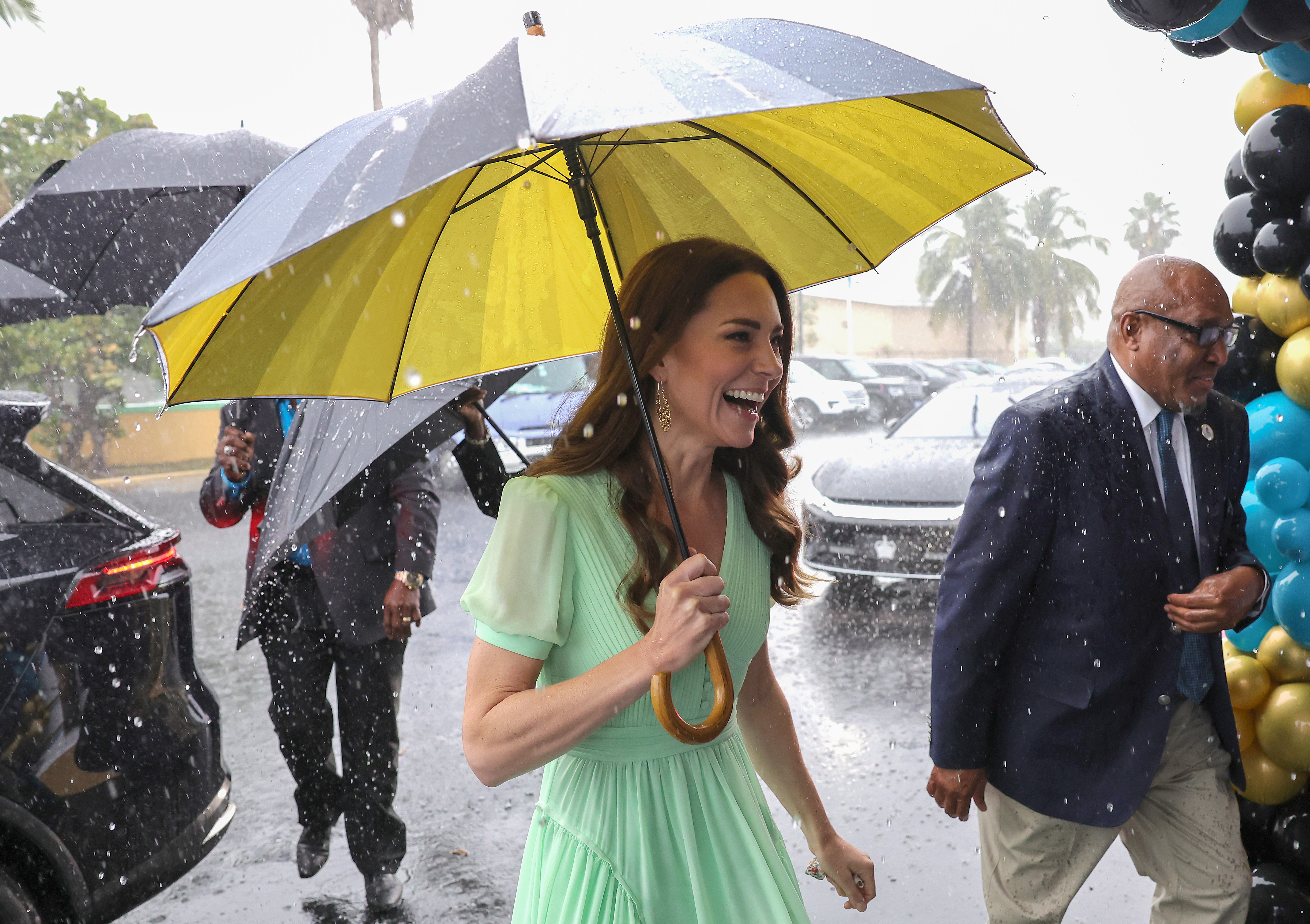 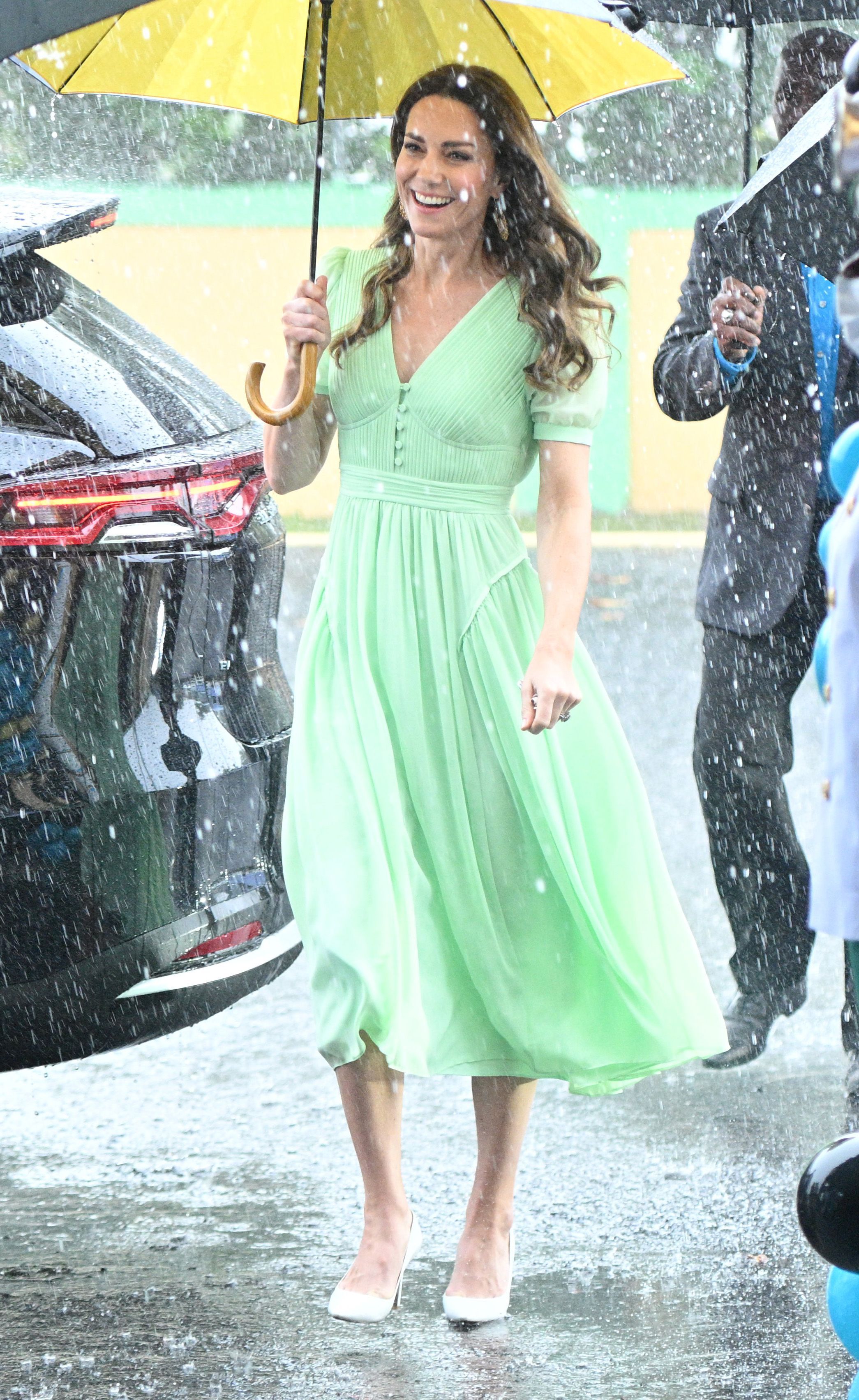 As the couple arrived at the Sybil Strachan Primary School in Nassaui they joked that they had “brought the English rain” with them on the royal tour.

Kate grinned as she greeted pupils and staff, wearing the Self Portrait Dress and jewellery designed by Bahamian Nadia Irena.

Speaking at the assembly the Duchess said: "I hope you didn't get too wet coming here and apologies for bringing this British weather with us.

“The pandemic has taken you away from your classrooms and your friends and learning from home has had its challenges. 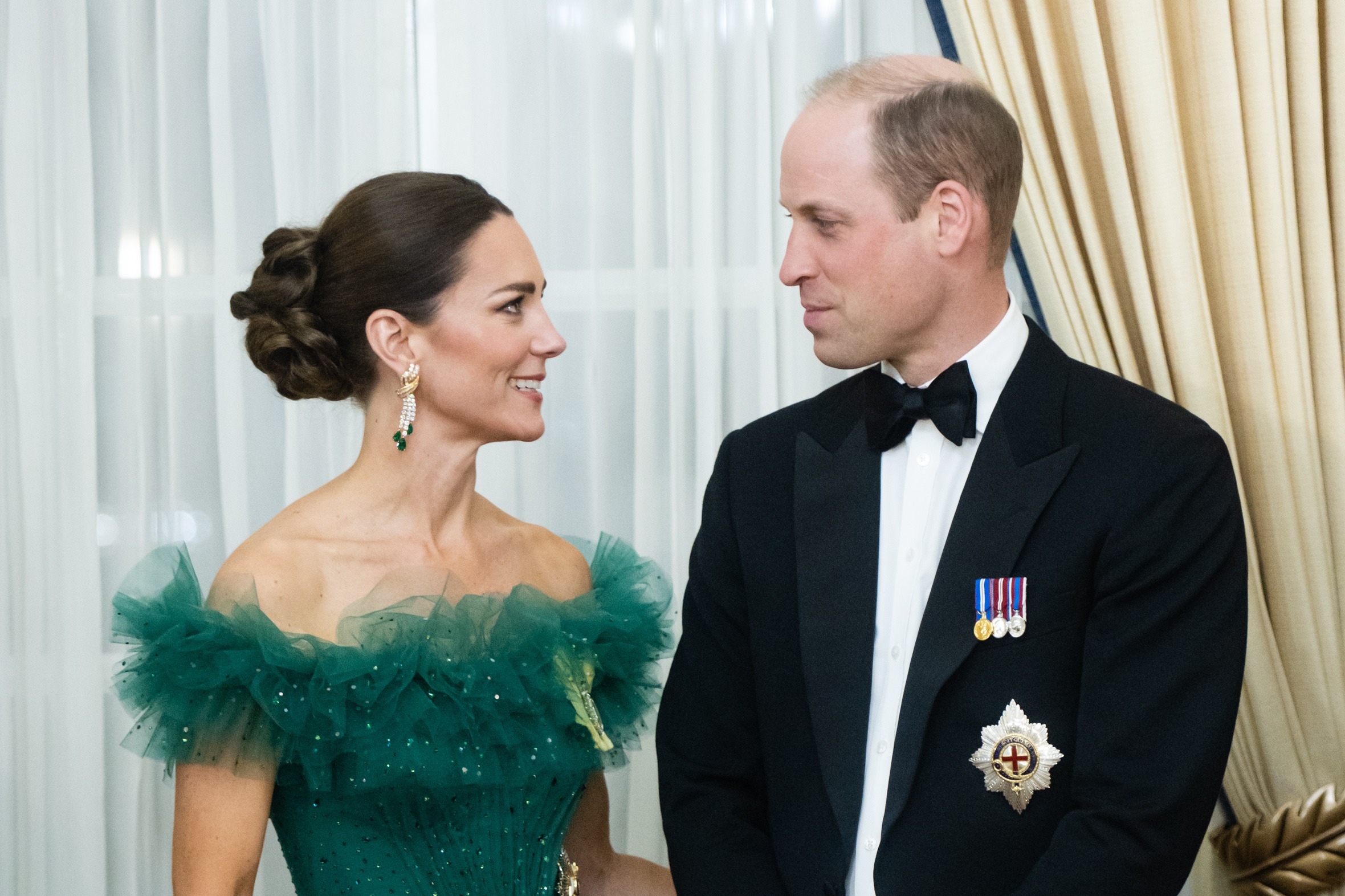 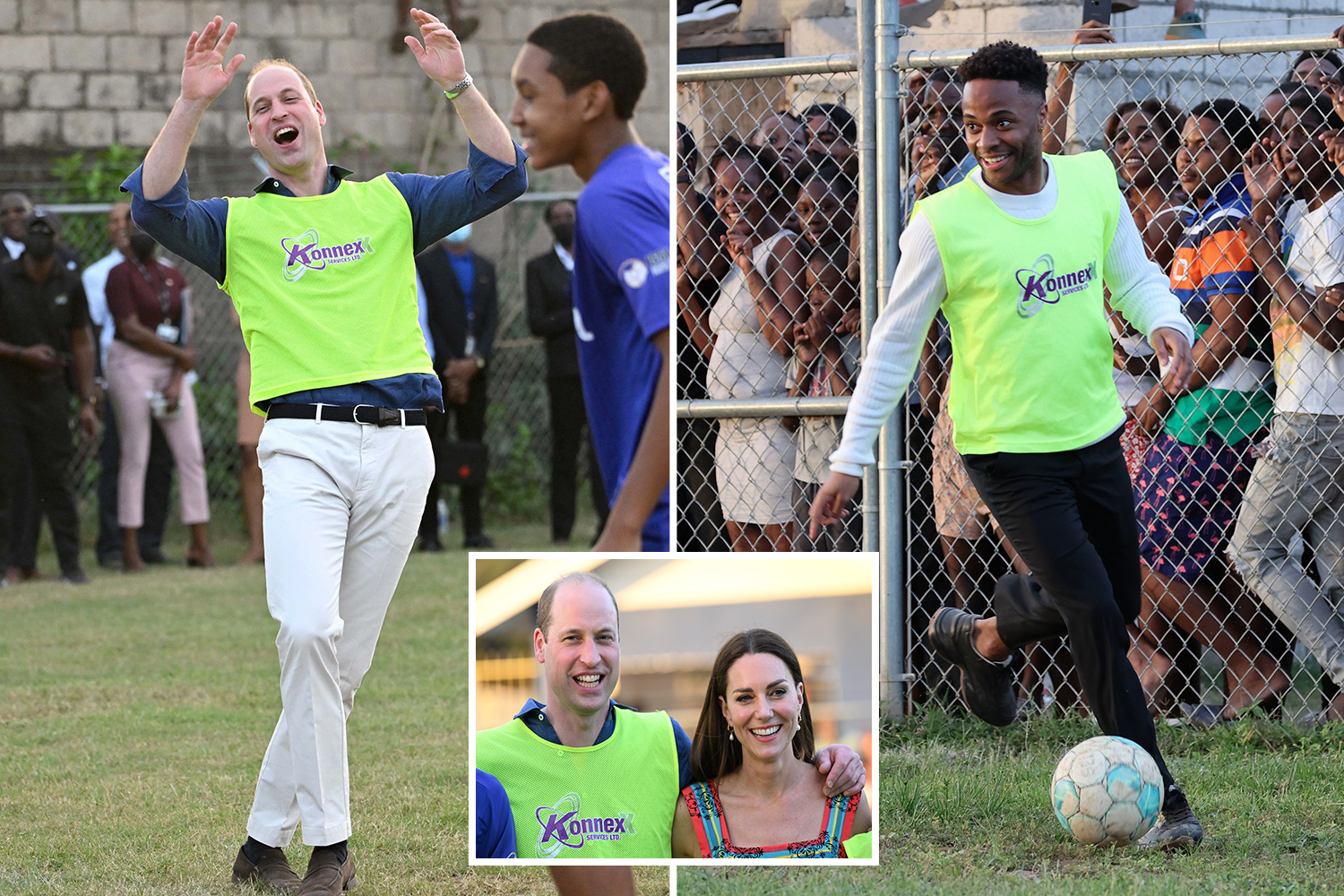 “That is why it is so wonderful that after nearly two years away, you have recently returned to school and been reunited with your teachers and friends again.

“I always think it is the simple things in life that bring the most joy: playing together, chatting to your friends at school, eating meals together, listening to each other’s stories.

“Our three children, George, Charlotte and Louis, all love being by the sea, so I hope they will be able to experience your clear waters and beautiful beaches before too long.

“However, as much as you have these natural wonders to enjoy, I know that the last few years have not been easy for many of you.

“I also wanted today to say a big thank you to your parents, guardians and teachers.  They, I am sure, have found the pandemic hard too, but they are doing one of the most important jobs out there.” 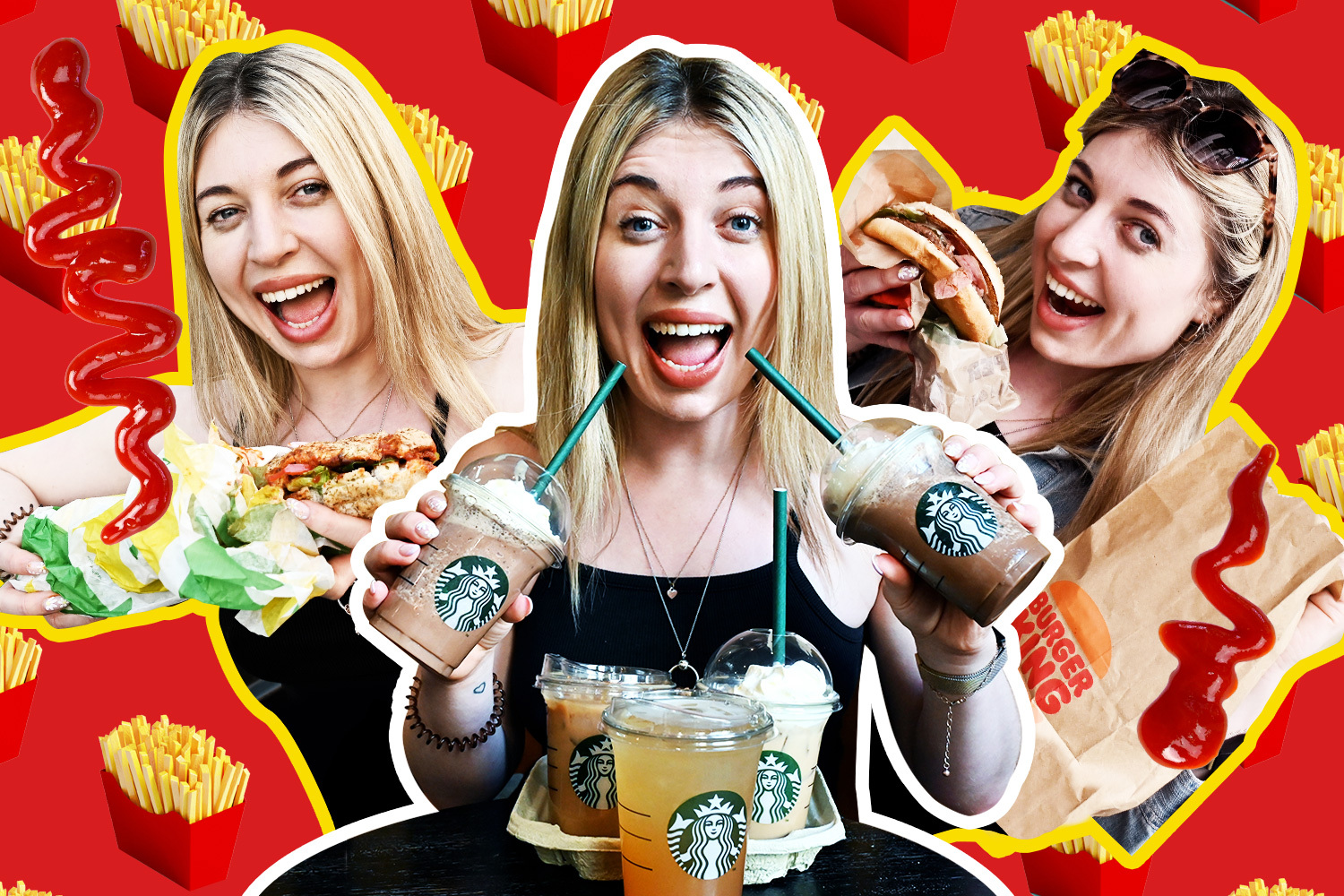 The couple are on the seventh day of their eight-day Caribbean tour, which began on Saturday and ends tomorrow, and has seen them visit Belize and Jamaica.

Both Kate and Wills returned to their youth as they sat at desks during the visit, before joining a morning assembly at the school.

The school, that started in 1989 and has over 700 students stretching from pre-school to Grade 6 – was closed for nearly two years as a result of COVID-19, along with other schools.

Children had to undertake their lessons virtually from March 2020 until January 2022.

Upon arrival the couple were greeted with a ‘Guard of Honour’ of schoolchildren alongside the Minister of Education, Glenys Hanna-Martin, and the principal of the school, Mr Ricardo Rolle. 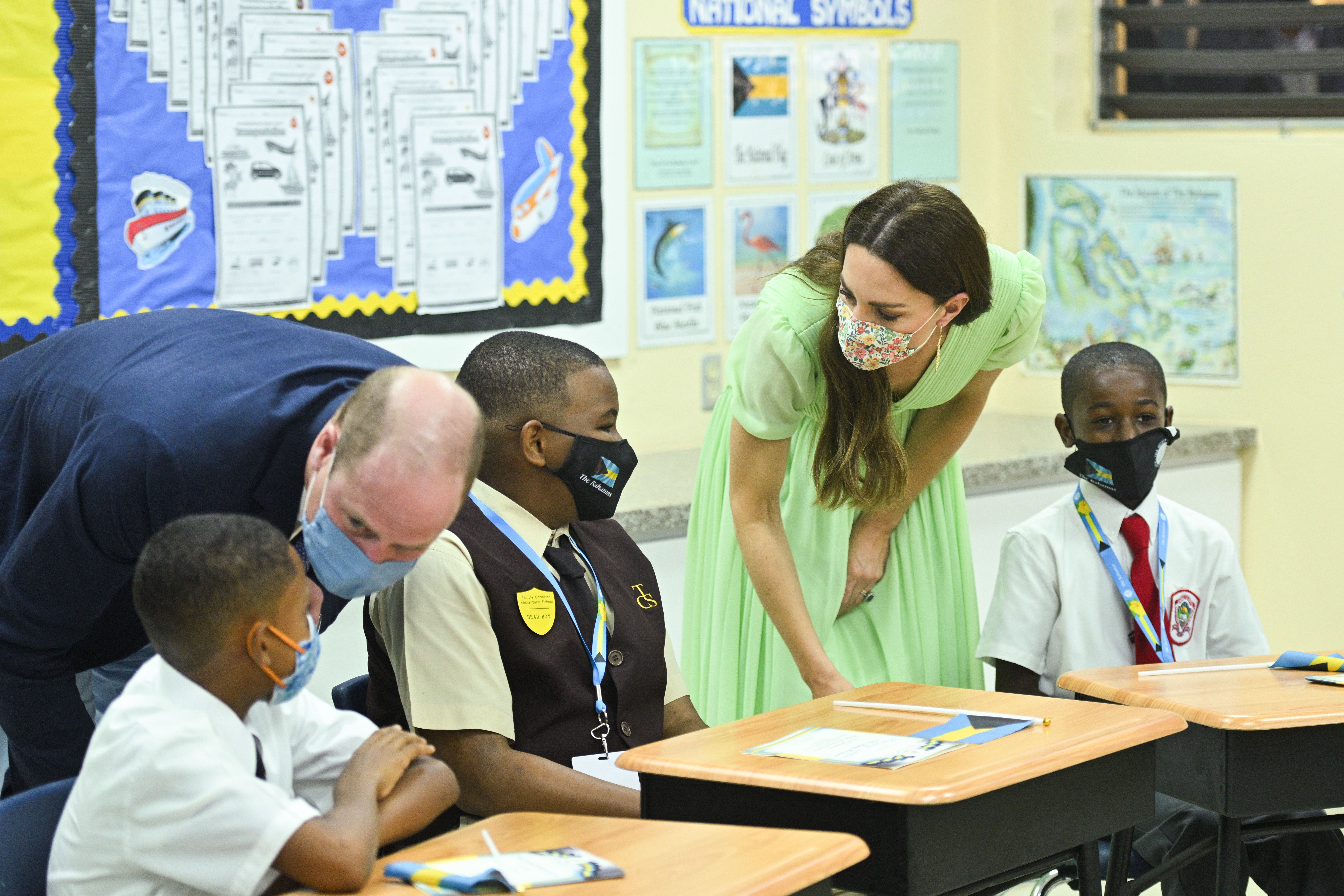 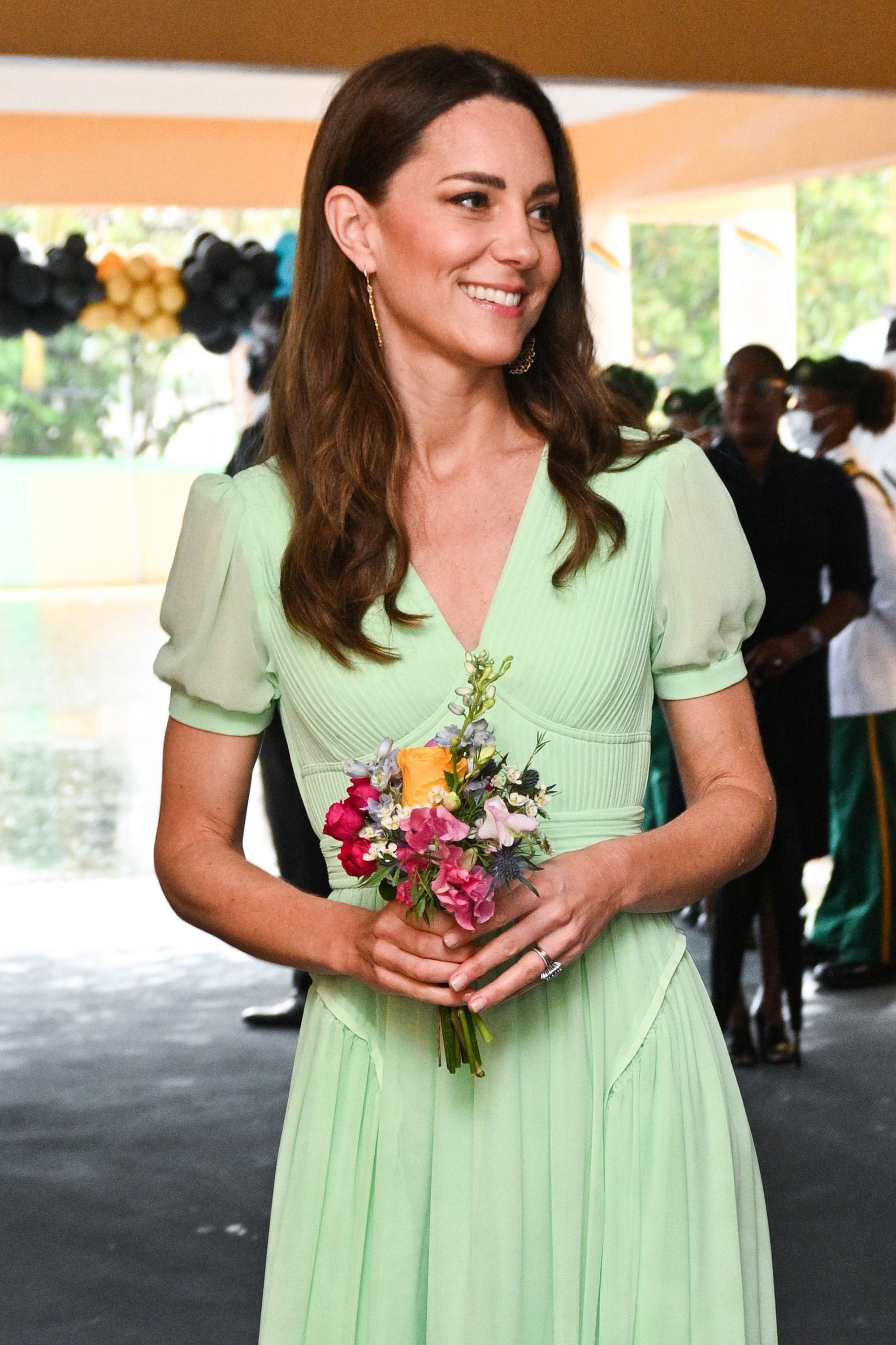 The couple will also take to the water later on today to join a regatta in honour of the Queen's Platinum Jubilee and are expected to race against each other.

The Duke and Duchess with also be visiting key workers and frontline staff in an informal gathering in the Garden of Remembrance, also in the capital, to hear about their experiences of the pandemic.

Later on this evening they will be attending a formal dinner hosted by the Governor General Sir Cornelius Smith featuring community leaders.

Today's event comes after William made a landmark speech on the horrors of slavery.

The duke, 39, addressed politicians amid the continuing unrest across the nation and demands for the Royal Family to apologise and pay billions of pounds in reparations.

He told guests at a formal banquet last night that "it should never have happened".

He then echoed the words of his father, who branded the slave trade a "stain on our history" four months ago when Caribbean neighbours Barbados declared itself a republic. 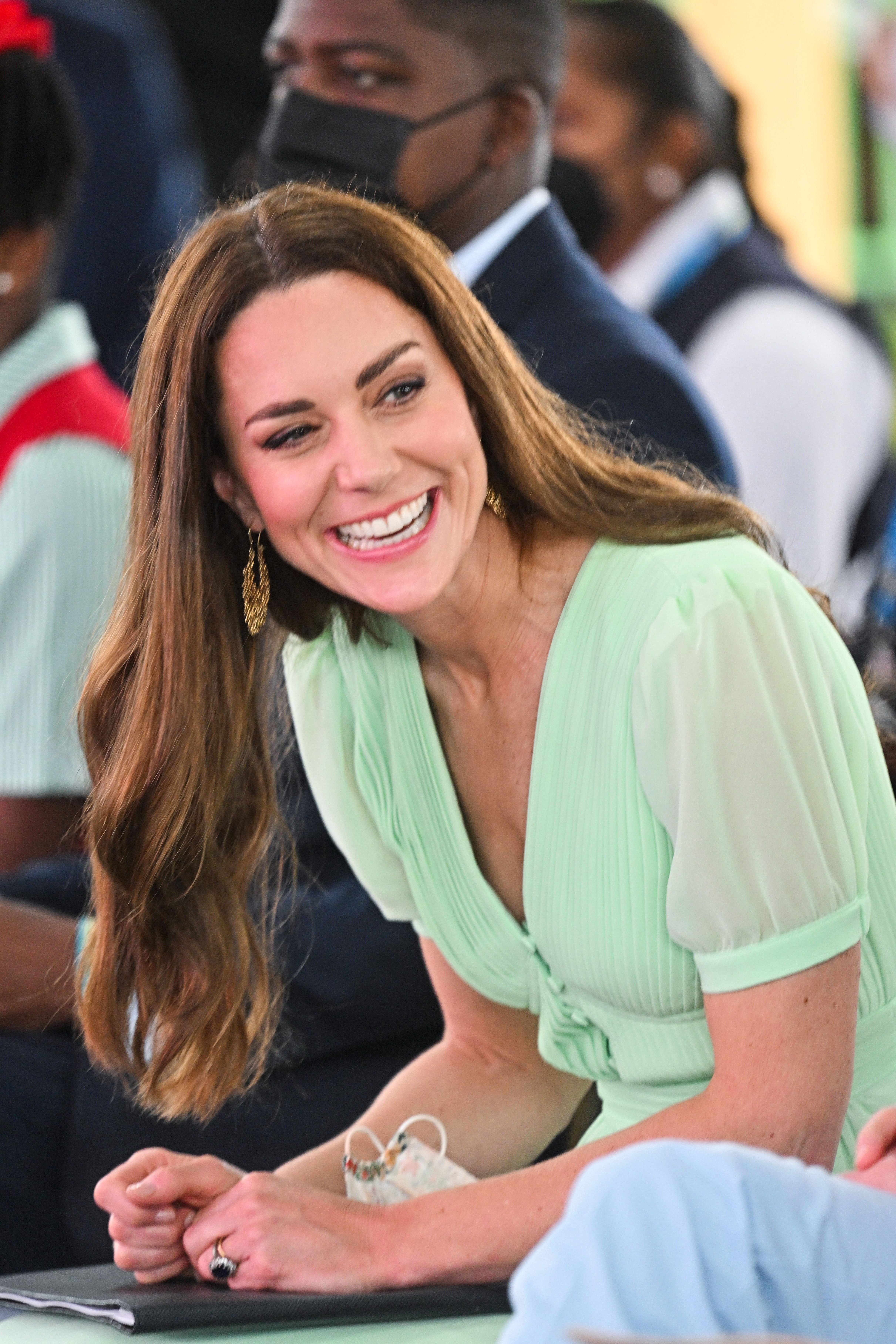 Timothée Chalamet Put on a Shirt For the Oscars Afterparty