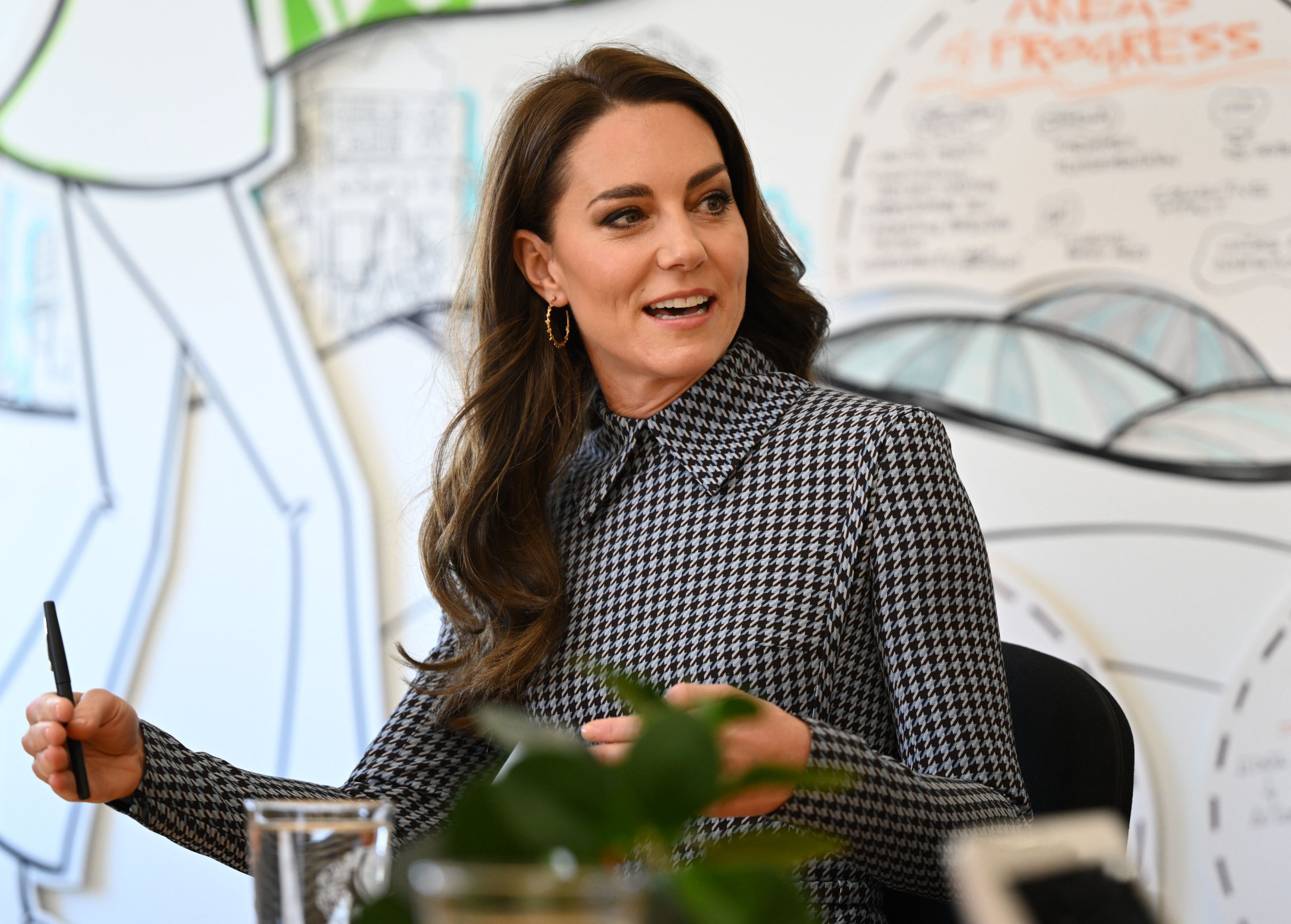 Kate Middleton always looks stylish when she steps out in public and has some favourite designers she regularly champions.

And last week, she quietly showed her support for a young British jewellery designer, who started her business with a loan from the Prince’s Trust, founded by Kate’s father-in-law, King Charles.

It’s been revealed that the gold hoops were designed by Lenique Louis, from South London, who received a £2,000 loan in 2009 to kick start her business.

Kate wore a bespoke version of the £285 Gold Spine hoop earrings for her trip to Harvard in Massachusetts.

They perfectly complimented her showstopping dress, a custom houndstooth gown by Emilia Wickstead.

The unusual hoops sit alongside other iconic jewels in the collection Kate’s taken to America.

On her arrival at Logan International Airport, in Boston, she opted for a pair of sapphire and diamond drop earrings, that were previously owned by Princess Diana.

And for the Earthshot Prize Awards ceremony, she wore a showstopping emerald and diamond choker which was again once owned by Princess Diana, given as a wedding gift by Queen Elizabeth.

During the Prince and Princess of Wales’ visit to the US, Kate has been supporting British designers, particularly favouring heritage materials and prints – including a standout tartan Burberry frock while meeting Mayor Michelle Wu.

However, she has also been showing her love for American creativity, wearing American designer Gabriela Hearst who is also a favourite of her sister-in-law’s, Meghan Markle.

Aries weekly horoscope: What your star sign has in store for March 7 – 13

Aries can be fresh-faced on six hours’ sleep but Taurus need a full nine – exactly how much kip you need, depending on your star sign