Home » Fashion » Kate Middletons sentimental accessory at the Platinum Jubilee – did you spot it?

The Duchess of Cambridge‘s archive of jewellery is unrivalled. From royal heirlooms to thrifty high street bargains, the wife of Prince William always knows how to amp up the glamour of any outfit with a perfectly coordinated accessory – but did you spot her sentimental;necklace worn at the Queen’s Platinum Jubilee?

Duchess Kate stunned royal fans in an immaculate white power suit from Self-Portrait for the Platinum Party at the Palace on Saturday.

WATCH: Inside The Duchess of Cambridge’s jewellery box

Complete with a fitted blazer-style bodice and elegant sheer pleated skirt adorned with regal lace, the 40-year-old royal was easily one of the best dressed royal ladies at the star-studded event.

It was the royal’s surprising accessory that truly caught our attention, however. Kate wore a delicate diamond cross pendant necklace, which sat perfectly in the V neckline of her Self-Portrait blazer. 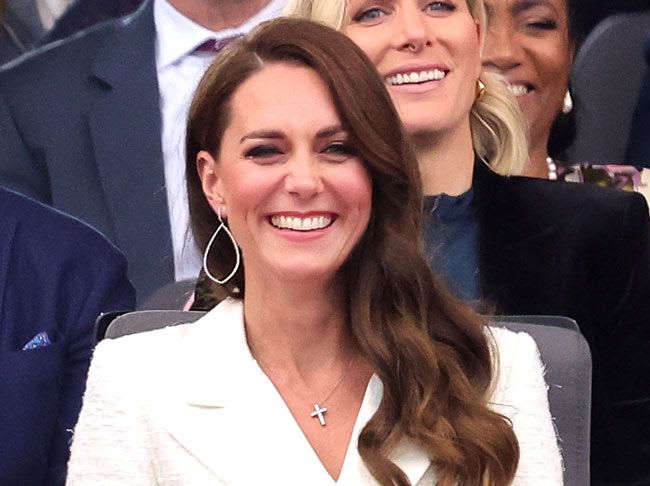 It’s not the first time the royal has worn the stunning pendant, with the piece believed to have been in her collection for many years.

She was spotted wearing it as far back as 2005, when she attended the wedding of Hugh van Cutsem and Lady Rose Astor. 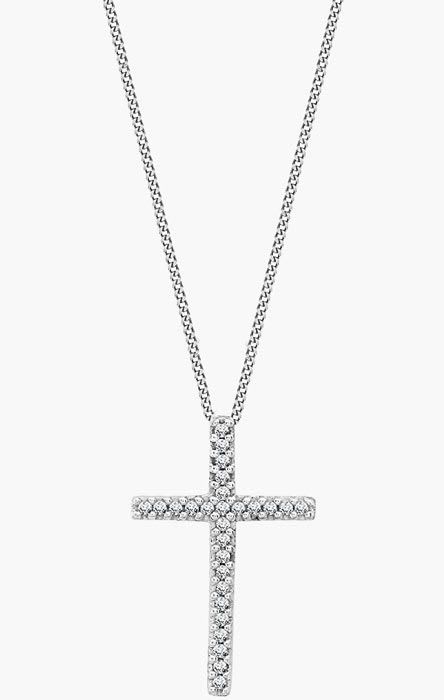 Historically, the symbol represents the Christian cross, and could potentially have been given to the Duchess as a gift, perhaps even in her childhood years.

RELATED:Kate Middleton’s jewellery collection – see all of her precious pieces

The Duchess was beaming as she enjoyed the Platinum Party performances

The mother-of-three was joined by her husband, Prince William, and their three children; Prince George, Princess Charlotte and Prince Louis at the Platinum Party.

Styling her glossy chestnut locks in a side-swept look, the royal sported a glowing complexion as she combined a brown smokey eyeshadow with a touch of mascara, rosy blusher and nude lipstick.

As for her husband, Prince William made a dapper appearance alongside his wife in a blue suit complete with a crisp shirt and tie.

Make sure you never miss a ROYAL story! Sign up to our newsletter to get all of our celebrity and royal news delivered directly to your inbox.

Kids overjoyed with 10,000 new books after generous Sun readers back our Books For Kids campaign

I'm a busy mum, my clever £1 trick to get your kids into the bath with no fuss at all – it works every time | The Sun