Home » Fashion » Like Bradshaw, the "Carrie" Necklace Is Back 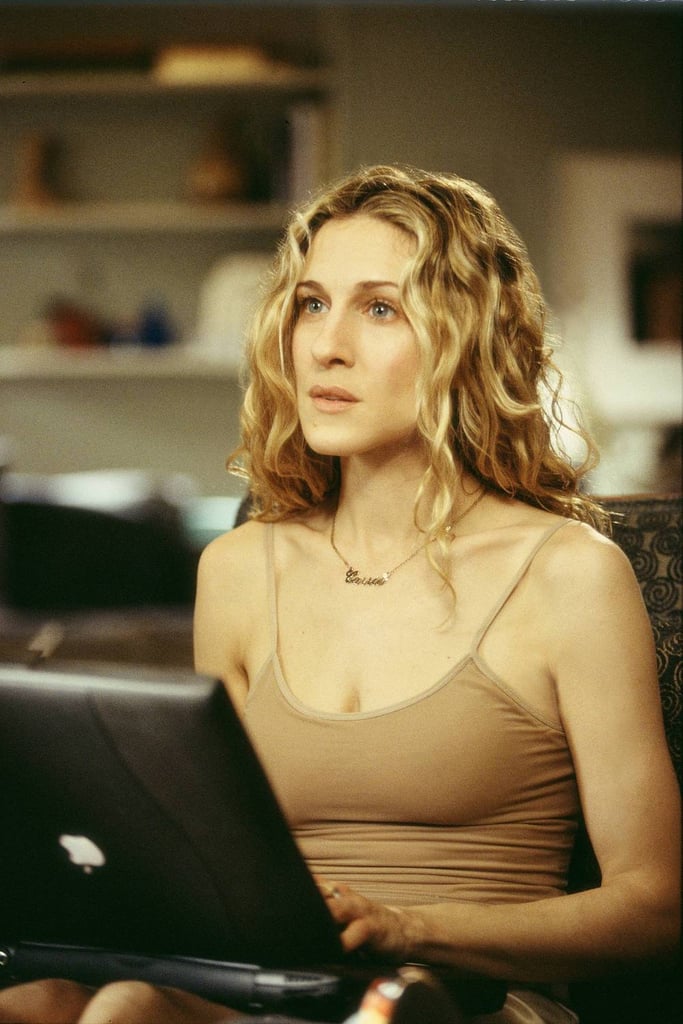 With some obvious symbolism, And Just Like That‘s latest episode left us with Carrie settling back into her old walk-up and fastening her beloved “Carrie” necklace around her neck. It’s a sign that after Big’s traumatic death, touring a series of Manhattan lofts, and contemplating facial reconstructive surgery, Carrie Bradshaw is finding her way back home, and back to herself again. Costume designer Molly Rogers described the significance of returning to the iconic piece of jewelry, telling POPSUGAR, “it was symbolic to put it around her neck in that scene and then go out the door to face the world . . . like a phoenix rising.”

We’ve seen Carrie rise from the ashes before, finding her necklace trapped in the lining of her vintage handbag in Paris; she seemed to come to her senses all at once, emboldened by that small reminder of herself to ditch Petrovsky in Sex and the City‘s finale. Now, years later, and in this next chapter, the necklace is a bit of a bat signal to SATC fans, telling us, “Carrie’s back, baby!”. It holds a special place in Carrie’s heart, but also ours: “The carrie necklace is a very sentimental accessory for the viewers of the show . . . most people have one!” Molly told us. “You are your most important friend!” And, Carrie’s necklace — on screen and off — is that reminder for all of us.

Here, in case you haven’t found your own version of the “Carrie” necklace, we’ve included a couple of our favorites. Take a look at Carrie in her iconic jewelry — then, and now — and shop your own.