WITH living costs soaring, people are always on the lookout for new ways of saving money where possible.

But, according to this man, his mum has taken it to the next level. 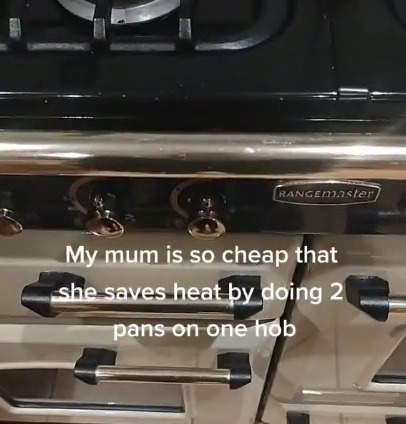 ''my parents are wildin,'' wrote this TikTok user, revealing that his mum will heat two pans at once on the same hob.

But although she believes that it does save money, viewers weren't so convinced, with one pointing out: ''…..but if it takes twice as long to cook ……??????''

Another agreed, adding: ''i think ur mom wants all food to be ready at the same time!''

A critical person also observed: ''Mostly off the hob, probably cheaper doing it quicker & properly on 2.''

''This is the same logic as people who drive out their way for cheaper fuel,'' someone thought.

''But can afford a huge Rangemaster like that….. right… tight people.''

Despite the critique, there were also those who branded her a ''genius''.

''Thats how u stay rich,'' agreed another.

Meanwhile, woman shows how to save £166 with zero effort thanks to Smarties tube hack.

For more money-saving ideas, this mum raves about simple ‘52-week challenge’ that’ll help you save over £1k without even noticing.

Plus, mum shares clever kitchen hack to stopping boiling water from spilling over the pan. 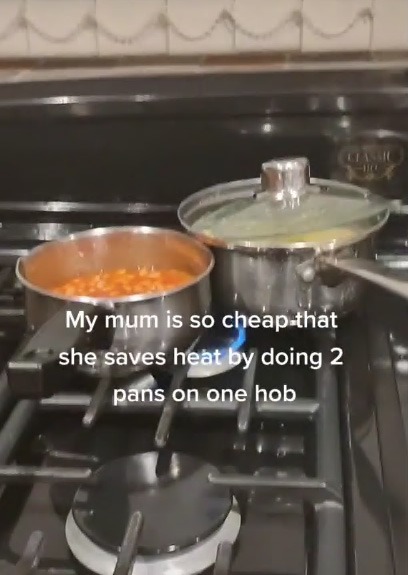 Office Black Friday Deals 2020: What to Expect | The Sun UK