Prince Harry and Meghan Markle will officially be stepping down as senior members of the Royal Family on March 31. The couple will no longer be considered ‘working’ royals, meaning they will cease to complete royal engagements on behalf of the Crown.

As a result, Harry and Meghan recently returned to the UK to complete their final round of royal commitments.

For their final engagement, the couple attended the annual Commonwealth Day service on Monday, along with other members of the Royal Family.

Meghan dazzled in a green Emilia Wickstead dress, along with a matching fascinator from William Chambers. 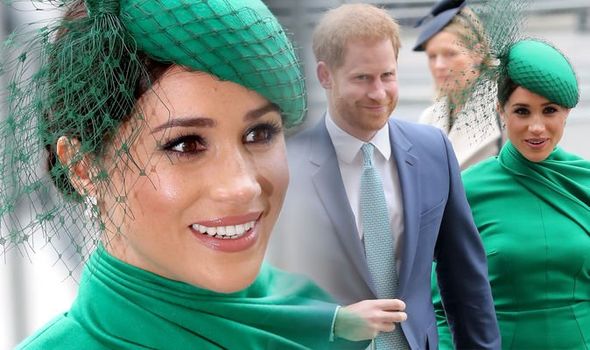 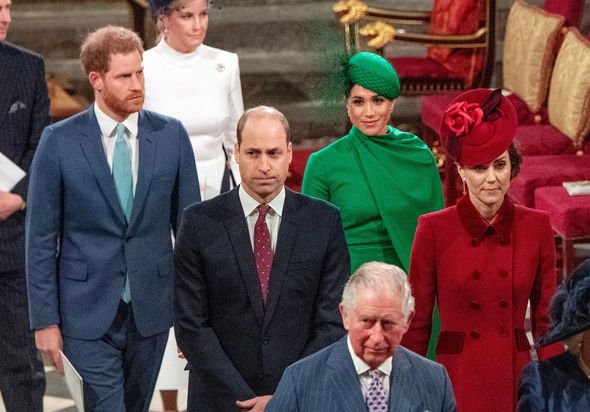 But eagle-eyed royal fans may have spotted Harry also made a subtle tribute to his wife with his choice of outfit.

With the Commonwealth Service occuring on a pretty blustery day for London, a gust of wind showed the lining of Harry’s suit was also the exact same green as his wife’s dress.

Meghan and Harry were the picture of unity on the big day, walking into the service at Westminster Abbey hand-in-hand.

The Sussexes were also all smiles in photos taken throughout the service. 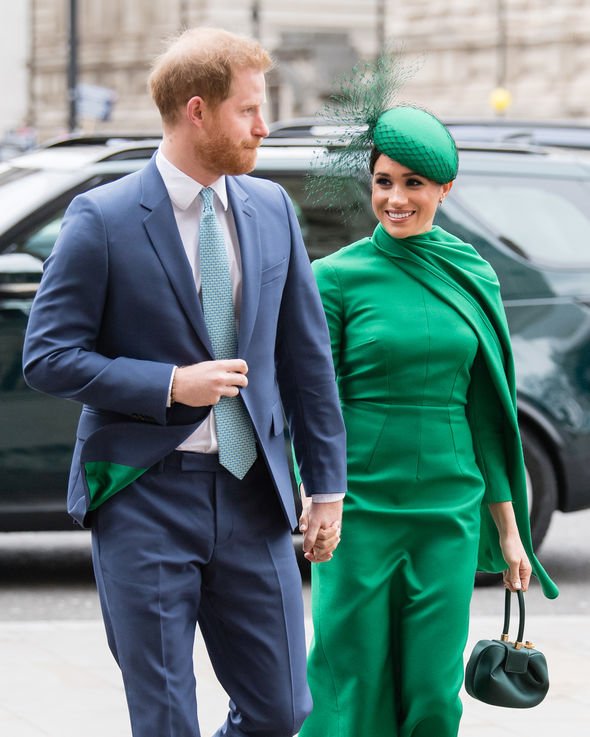 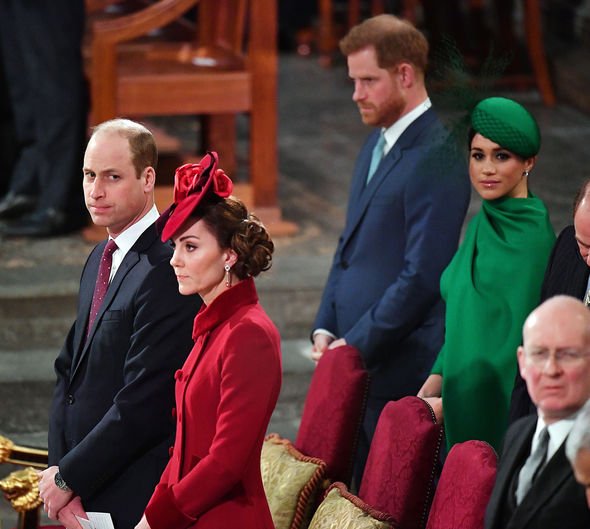 Prince William and Kate, Duchess of Cambridge also put in a coordinated effort for the occasion.

Kate wore a red coatdress and hat, with matching shoes and clutch bag, while Prince Harry also wore a red tie for the event.

The ‘Fab Four’, as they were once known, were not seated together in the same row for the occasion.

What did Harry really say to Meghan in the church? [ANALYSIS]
Prince Harry heartbreak: How Harry revealed his TRUE allegiance [INSIGHT]
Prince Harry and William’s future relationship will be ‘distant’ [ANALYSIS]

But in footage from the day, the meeting between the couples looked pleasant as they greeted each other.

Following the Sussexes official ‘step down’ from royal duties on March 31, Harry and Meghan will be free to pursue financial independence.

The couple will not receive funding from the Sovereign Grant, an income only awarded to ‘working’ members of the Royal Family.

Along with their baby son Archie, Harry and Meghan will be dividing their time between the UK and North America in the future. 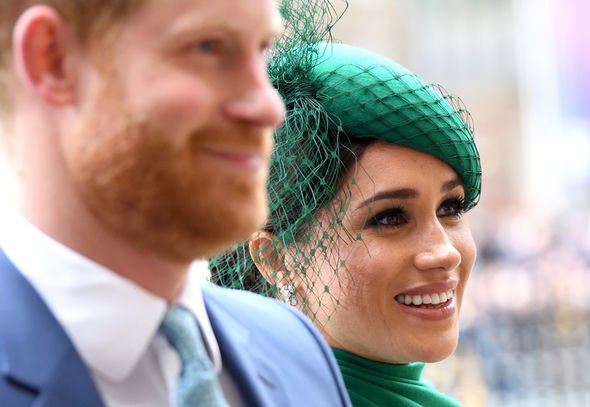 At the end of the month, the couple will begin a transition period, which will be subject to review in one year’s time by the Royal Family.

After discussions with the Palace earlier this year, it emerged that the Duke and Duchess of Sussex will no longer be considered senior, ‘working’ members of the Royal Family.

In her official statement, the Queen expressed how she had hoped Harry and Meghan would continue in their senior royal roles.

However the monarch said she understood the couple’s desire to build a new life, and that the Sussexes would remain “a valued part” of her family in the future.

My New Favorite High-Top Sneakers Are Vegan and Under $100, HBU?