The millionaire CEO of Mansfield Town FC hires a Christmas decoration firm to deck the halls of her 10-bedroom Nottingham Mansion to get her family feeling festive,. 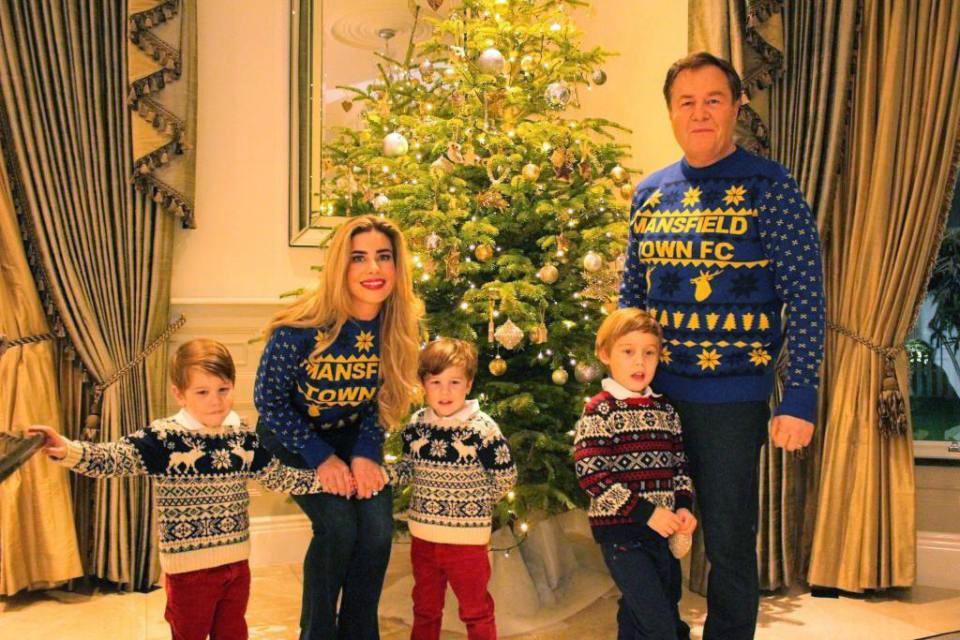 And she flies Santa in on a helicopter as a treat for her three boys – Hugo, five, and four-year-old twins Albert and Rupert.

But the 36-year-old, who stars in Billionaire Babies on Christmas Eve, insists she doesn’t spoil her kids.

Carolyn, who is married to the club’s chairman, John, told Fabulous Digital: “The past few years they haven’t quite got it but this year they have bought into Christmas massively so they’ve been to visit Santa and given him lists.

“But they’re not into huge presents or anything extravagant.

I just want to stay home & cosy cuddling her all night! ??#cutepuppy #maltese 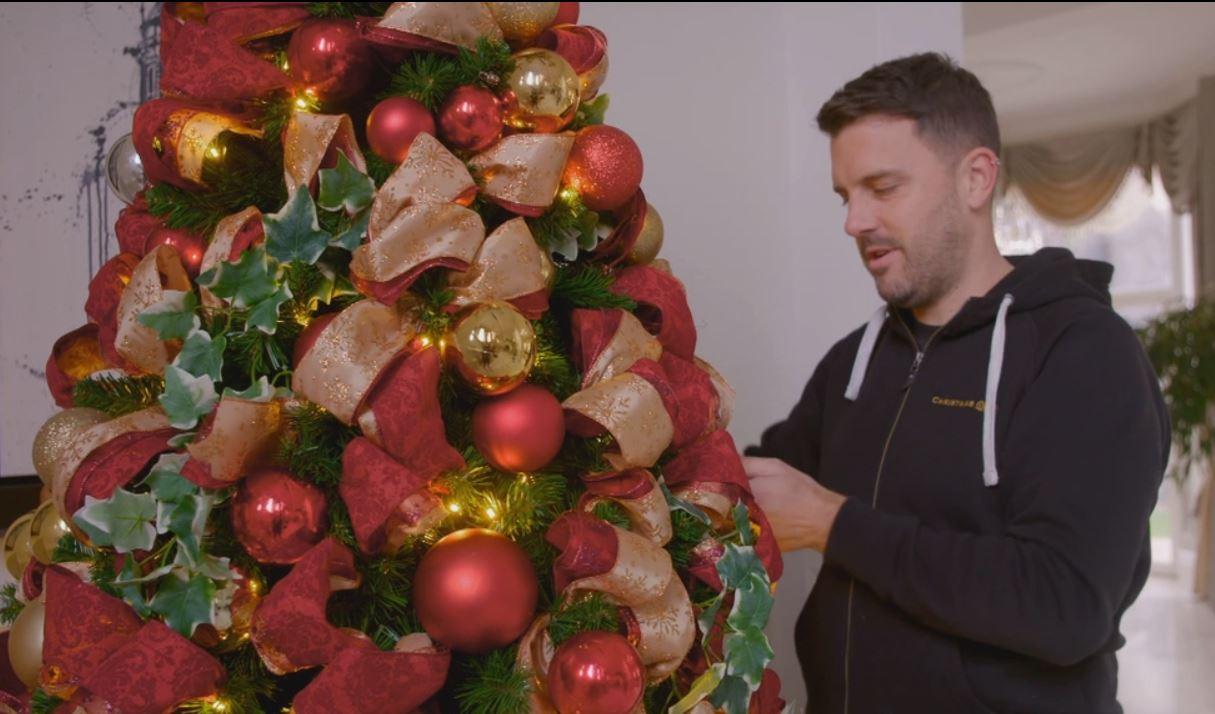 “Hugo is into puppets and likes doing puppet shows for everyone, so we’ve bought puppets, building blocks – nothing glamorous. There are no gold-plated iPads or anything like that. It’s those things that spoil children.

“But for me, it’s more the experiences and decorating the house and making it festive for them.

“Experiences and memories, like taking them skiing, are more important than physical things that are meaningless at that age anyway.”

In Billionaire Babies, a team of decorators from Christmas Inc are seen transforming the Radford’s spacious home into a festive grotto using 45m of garland, 240m of ribbon and 1000 baubles on the tree. 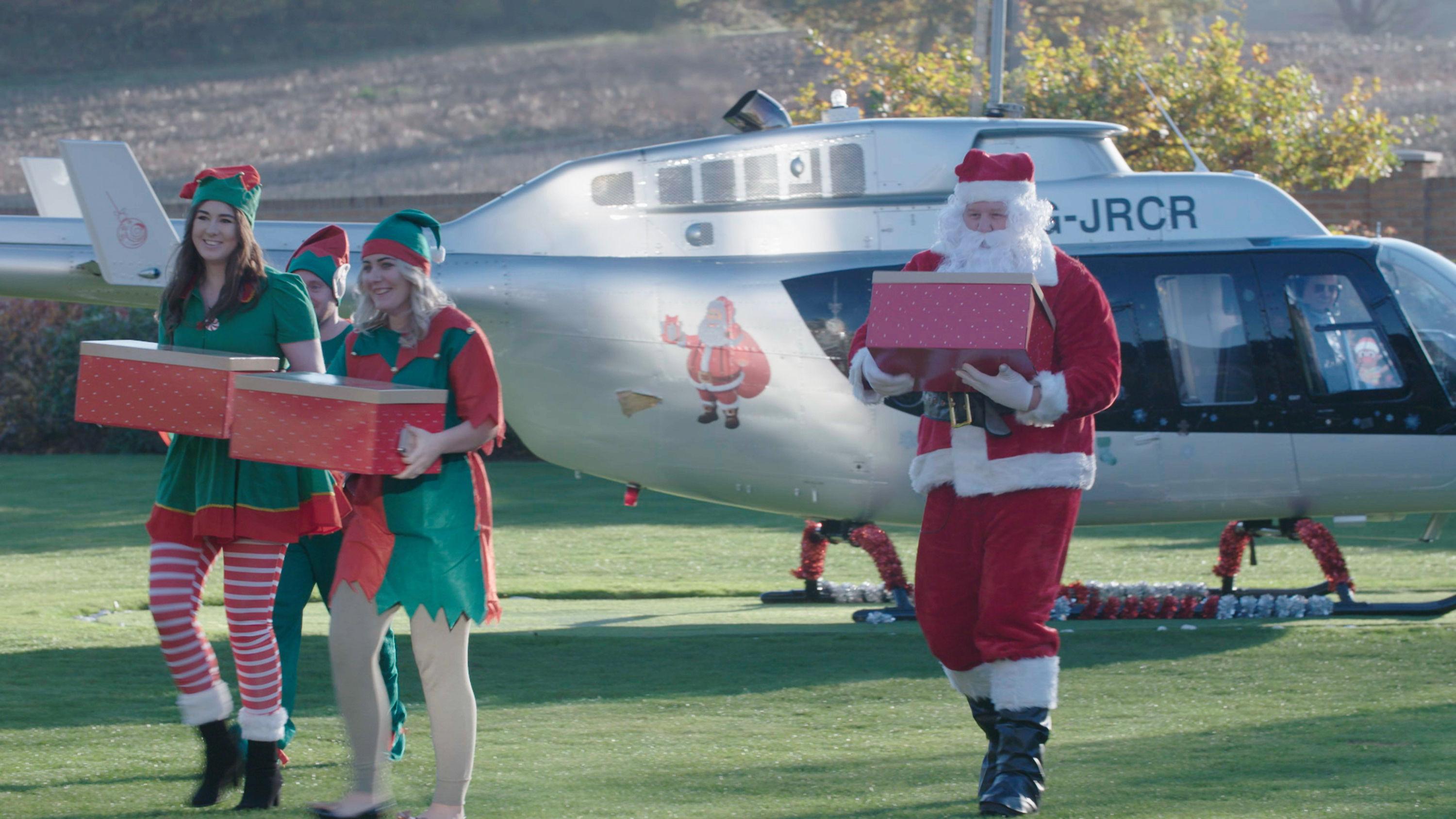 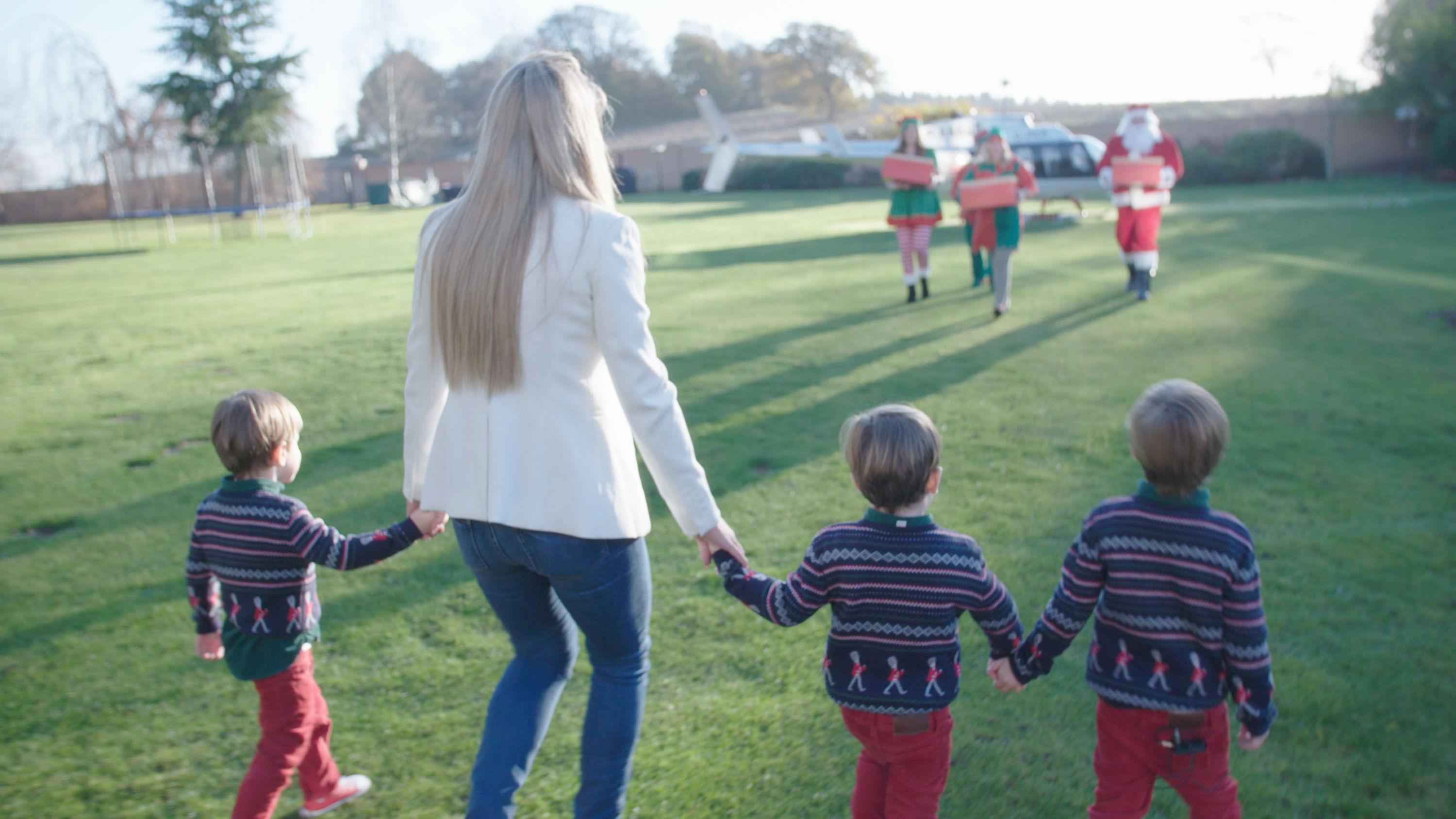 Two eight-foot toy soldiers stand sentry outside the house – which is set in 24 acres of land – and the whole place is lit up with 50,000 led lights.

She said: “I think that must be what they value the decorations at but I wouldn’t spend anything like that at all.

“Being a businesswoman I drive a hard bargain and that would be a ridiculous amount of money to spend but I’m sure some people do. All in all I’d say it was about £1000.

“We do have nice lifestyle. But we work really hard. My husband and I run a number of businesses and employ thousands of people so time is really precious for us. 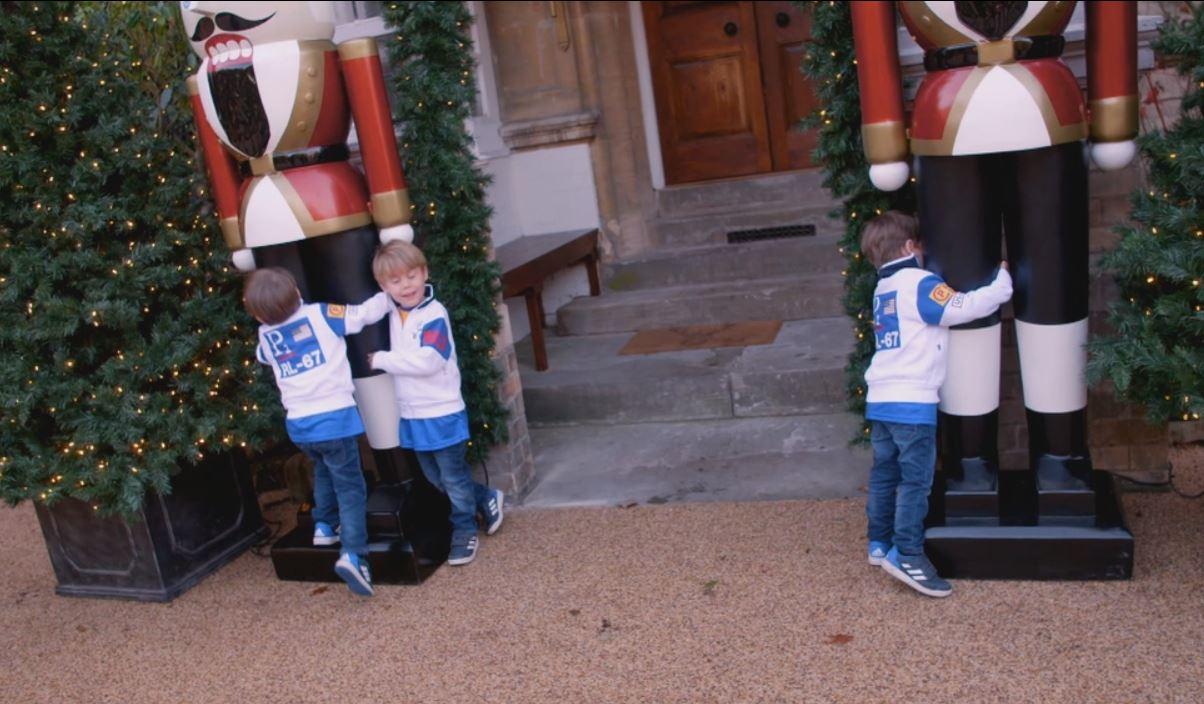 “People go all out at Christmas and I think it’s partly parental guilt. It’s certainly a mother’s guilt for me because we do have to spend that much time away from our kids, working, so we  may be guilty of pushing the boundaries a bit further than we should do.

“You don't want to spoil your children but it’s the natural instinct of a working mother. I guess ours is just on a grander scale.

“The boys are in to sports so I can give them a football and they love a good kickaround. I try and keep them off computer games, and teach them what’s right and wrong, and I don’t think it’s healthy to lavish them with gifts.

“Money gives you access to experiences and I prefer those. You have to make sure your children aren’t spoilt.” 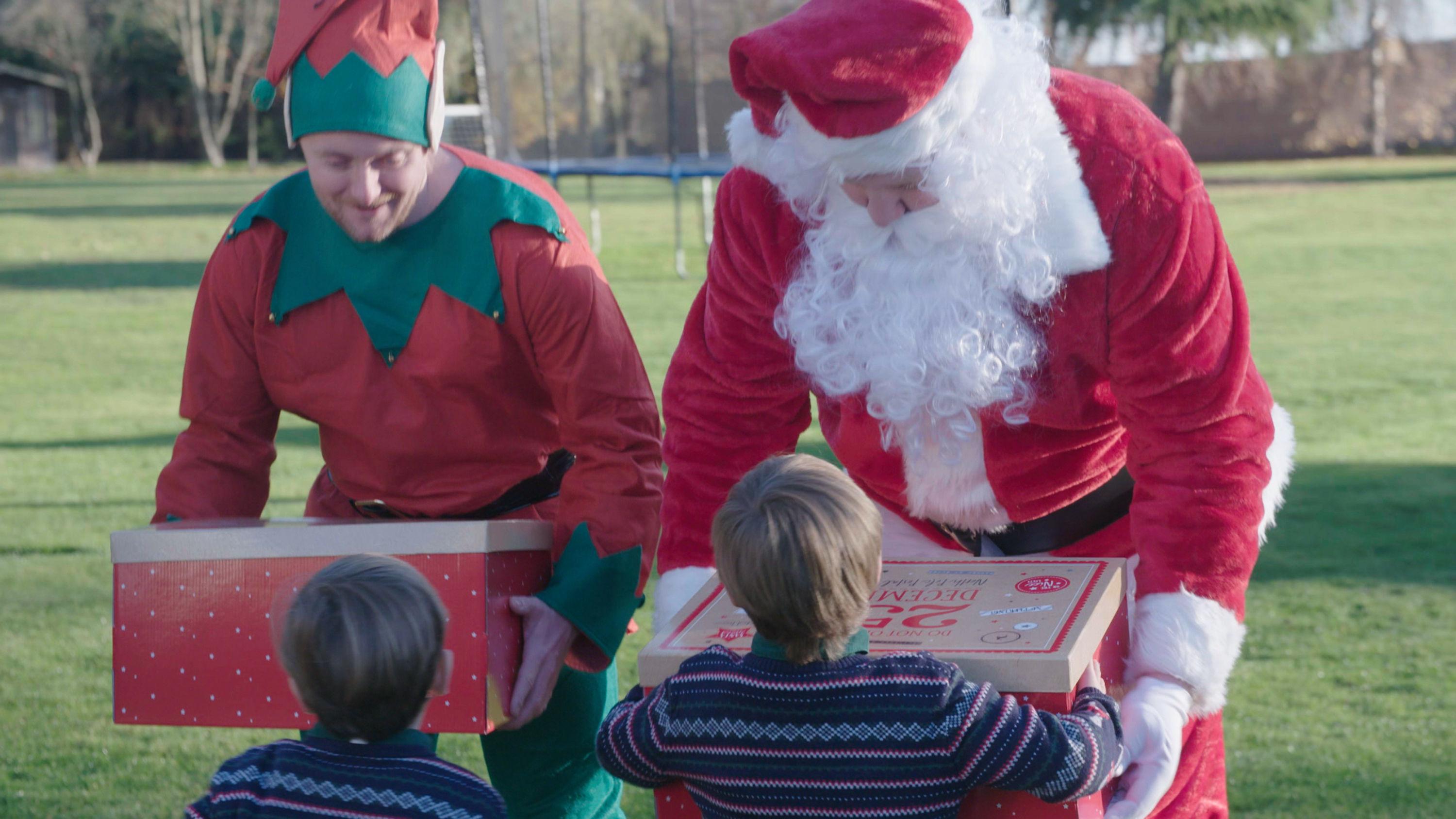 In the run up to Christmas the boys have been to Lapland UK and to London’s Winter Wonderland as well as having their presents delivered by Father Christmas in a helicopter.

But Carolyn says even that wasn’t really extravagant – because they own the helicopter already.

“Most people don’t have a helicopter but it’s a practical thing for us because we have away games to go to and several businesses to run so we have to be in so many different places at once.

“The boys love the helicopter and it’s quite normal for them to go in it but they’re at the age now where they realise that other people don’t have helicopters. 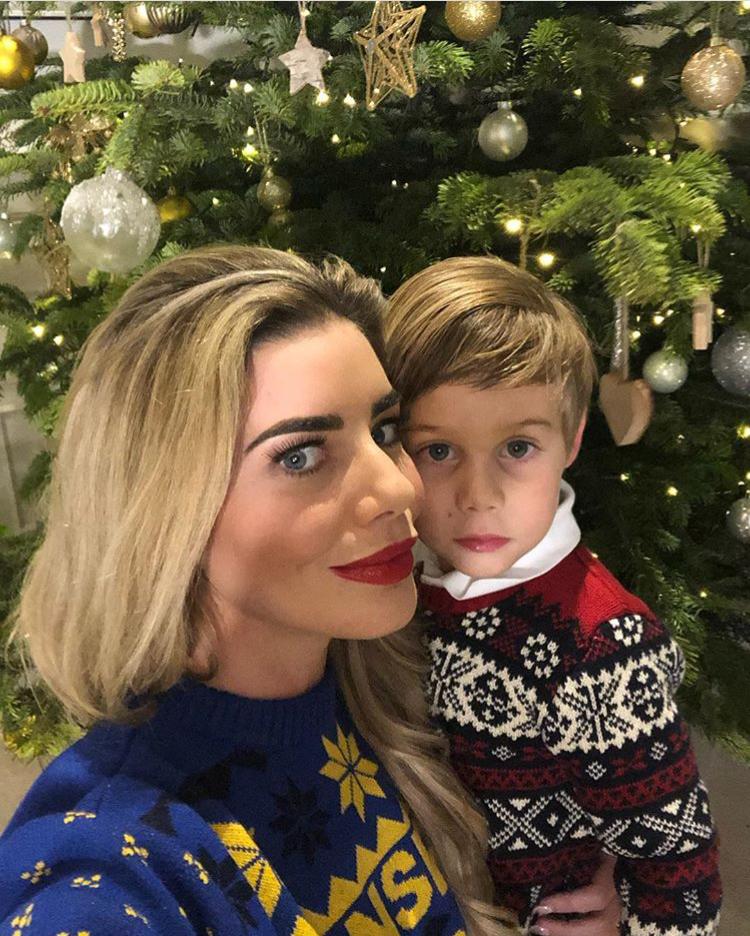 “We try and stay down to earth and it’s really important they understand it’s a luxury item.”

Carolyn says the helicopter feature heavily in the fun on Christmas day because the family love to be treated to a trip so John, a qualified pilot, takes them all for a spin.

But the mum-of-three is nervous of flying since the horrific crash that killed Leicester FC owner Vichai Srivaddhanaprabha and four others in October.

She said: “I’ve not been in the helicopter since the tragedy at Leicester.

“It was shocking, absolutely horrendous. It really resonated with me because we do or did jump in it and John flies it everywhere. 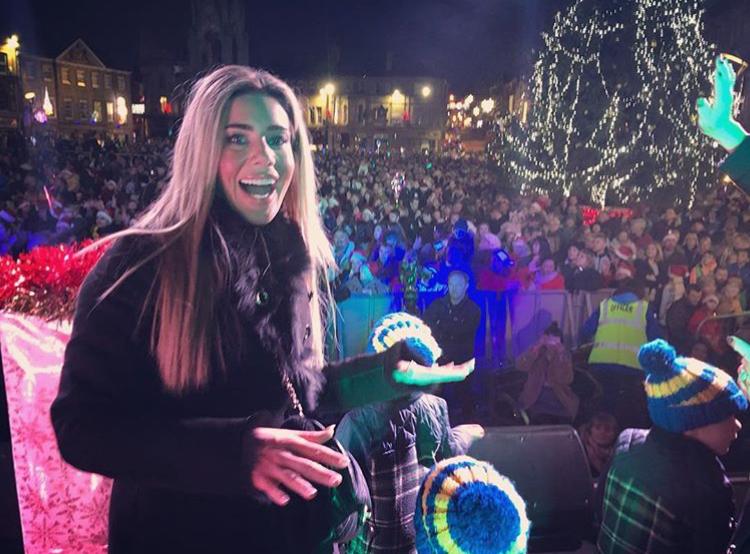 “I was really close to getting my licence but I’ve not been in it since. At the same time, people have car accidents and I still get in a car, but the circumstances just hit home.”

Carolyn, who has a degree in politics and is a qualified lawyer, was the youngest football CEO in history when she landed her job at Mansfield Town at the age of 29.

She is behind several projects for the community in Mansfield including giving away free tickets to school children and building a 3G pitch for the public.

She also started The Radford Foundation which, so far, has helped local Paralympians and she works with a charity called Inspire & Achieve to mentor youngsters in Mansfield.

This year, the whole Radford family turned on the Christmas lights in the town – with the three boys pushing the button – and then handed out gifts to local children.

“We try to get the boys involved in as many of the projects as we can and show them they are lucky boys because they are healthy, they have a lot of family support around them and other children don’t have as much. 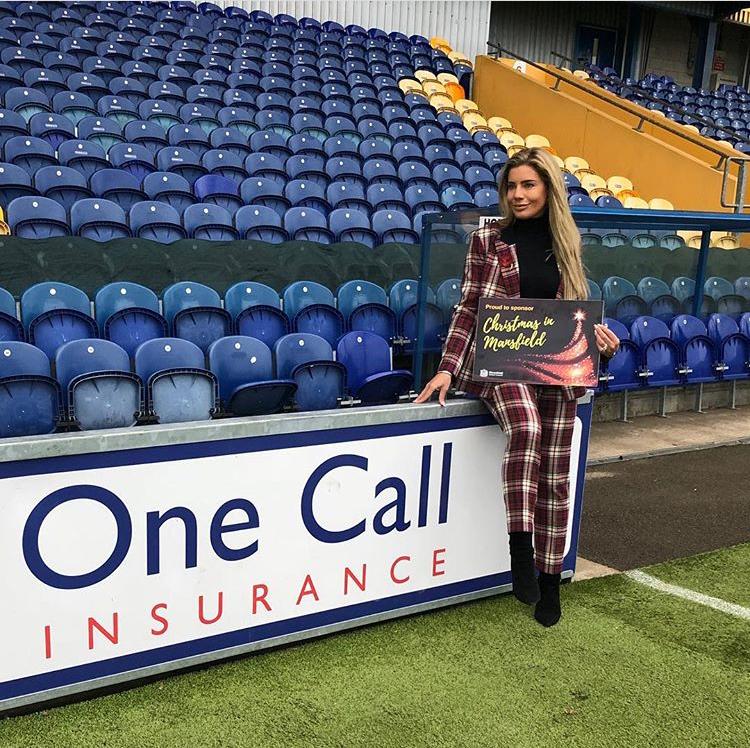 “I want to show them what the world is like out there. But because of their age we try and keep it as light-hearted as possible.

“They have friends at the different projects and we encourage them to form relationships, so they mix with people from different backgrounds.

“As a football club we always get involved in projects in the town, where we can, so we’ve given out Christmas presents and sponsored an ice rink but we do things throughout the year as well.

“I went on to Billionaire Babies because I wanted to showcase Mansfield. I don’t feel like it gets enough recognition and the good stuff that’s going on the town.”

Like all mums, Carolyn is looking forward to a family Christmas with turkey and all the trimmings.

She said: “The kids have lots of cousins and we have a house full of people. I love cooking so I’ll be helping mum cook dinner, the same as everyone else up and down the country.

“It’s lovely to get together and unwind. It’s just nice to not do anything or be anywhere and spend family time, which is why I love creating a winter wonderland in the house, to escape from work and all the places I have to be to have a magical time with the kids, playing with toys, and spending time with my family.”

While she splashes out on the kids, she’s reining it in when it comes to gifts for her husband.

“I used to spend a lot but it gets ridiculous,” she said. “ One year I bought him a 1965 Jaguar, a really fancy car, and he’s probably driven it once!”