KNOWING what to get a teenager for their birthday can be pretty difficult.

To avoid the disappoint, one stepmum created a fun gift for her 15-year-old stepson which was made up using a range of gift cards and cash. 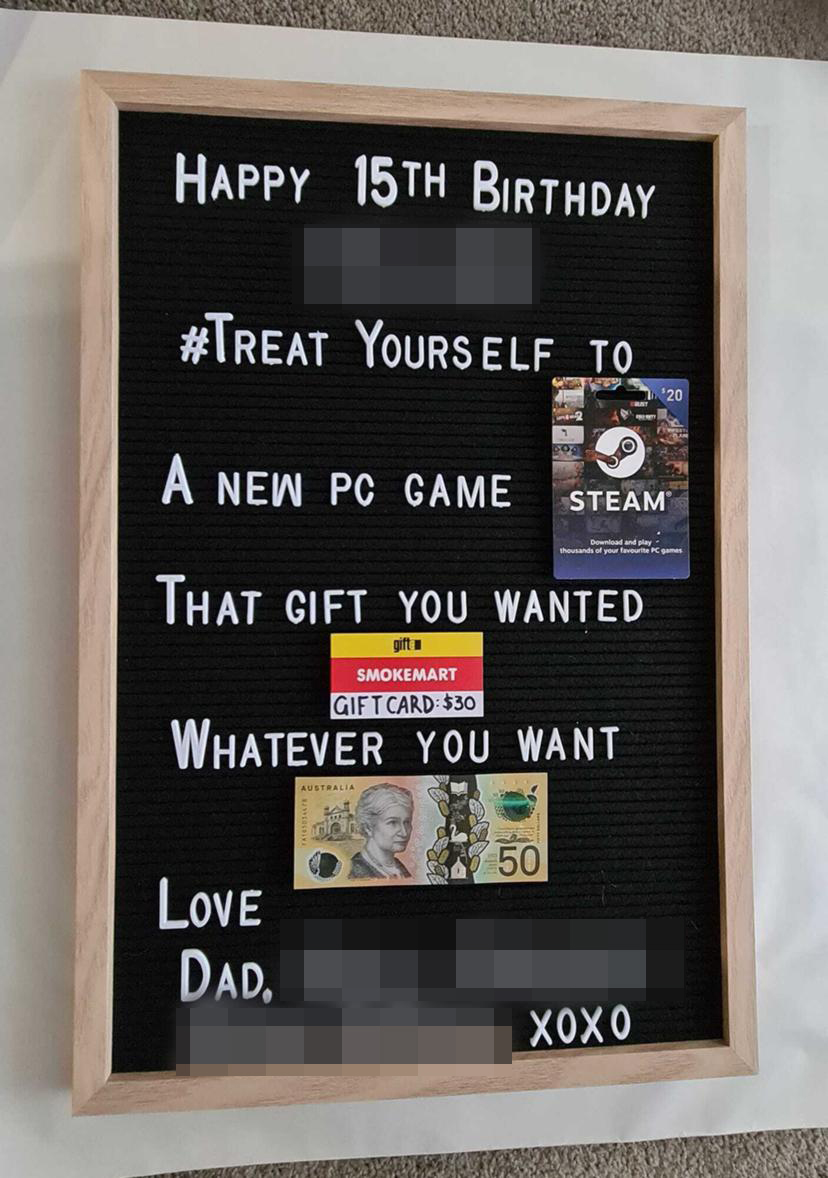 The woman proudly showed off her fun idea in an Australia Facebook group, which she said was from the entire family, but parents were quick to point out one major oversight.

As well as a gift card to buy a new computer game and $50 (£30) cash attached to a fun letter board,the woman also included a gift card for an Australian store called Smokecart.

The store is widely known for it's range of cigarettes, vapes and tobacco products, Seven News reports, although you can also buy a range of gifts, toys, homewares and clothing.

The choice of gift card left many Facebook users rattled and they questionedthe mum for her choice of store with many dubbing it inappropriaote.

And another said: "I think it’s lovely you made him this and it’s a thoughtful gift, but I probably wouldn’t have given the Smokemart voucher even though they sell other things. He is a teenage boy and the temptation to buy cigarettes is there."

The woman hit back at critics and defended her gift, insisting he could buy a lot more than just cigerettes.

"I love that you are concerned for him but he didn’t actually buy any smokes from there, I went down with him and he picked out a GIFT of his choice," she reportedly wrote.

"So next time you want to stick your nose in someone else’s business, find out the facts first!"

It wasn't all bad news though as many praised the " thoughtful" idea, with some even saying they'd love to do the same.

Many argued that the store in question sold a wide range of "appropriate" gifts for a teenager, not just tobacco products.

So next time you want to stick your nose in someone else’s business, find out the facts first!

“I buy heaps of gifts from Smokemart. It’s my go-to when I’m a little stuck on a gift for someone. This looks awesome!” said one.

"Awesome! What a great idea for a present. 15 yo are so difficult to buy for," said another.

Even somone who works at the store saw the post and defended teh thoughtful gift.

“Just came here to say I work for Smokemart and have for nearly five years, we definitely sell much much much more than tobacco and vapes,” she said.

“If not my trauma from pallet deliveries at Christmas time with stock must be fake. He can score a pretty sick lava lamp or a board game for $30!”

Meanwhile, this mum hits back after people slam her for using processed meat in her kids’ sandwiches.

Plus, a mum is praised for her 'brilliant' hack to stop kids acting up and all you need are lolly sticks. 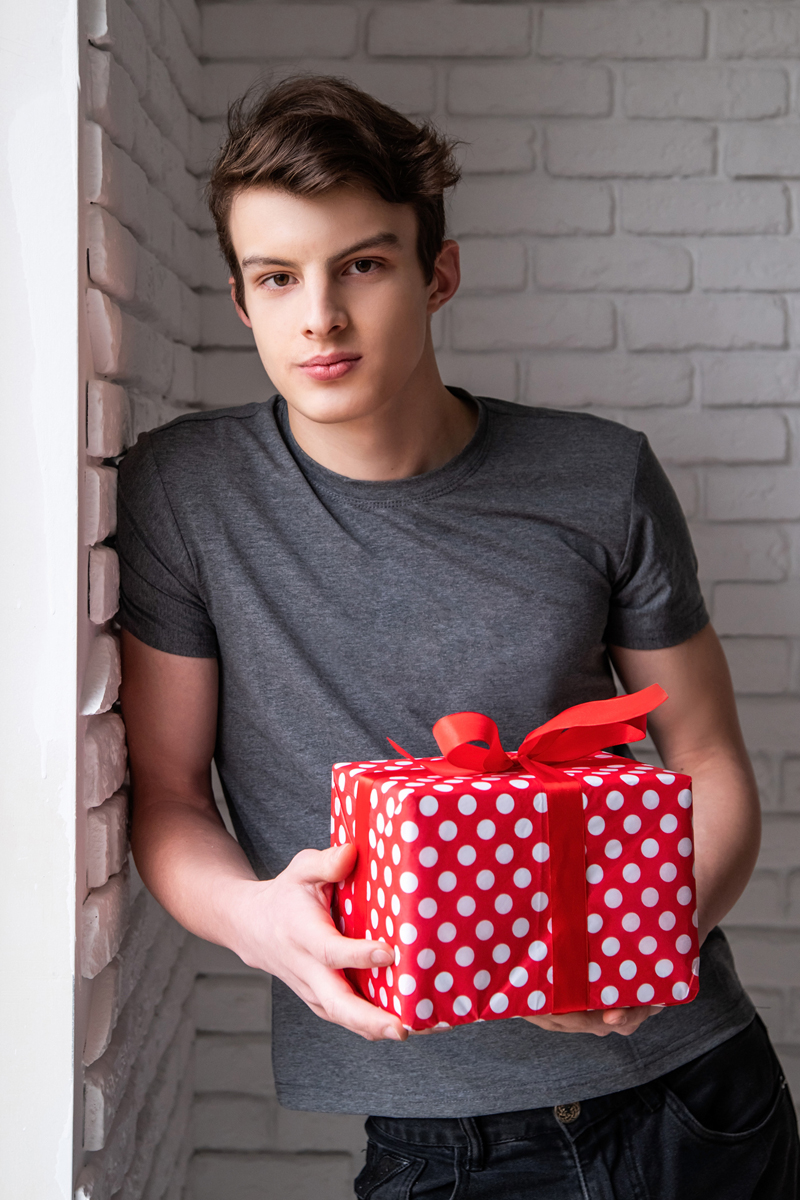