OH, the first dates – they can be the most wonderful moments of our lives…or leave us traumatised enough to never go on one ever again.

We all have some funny and horrifying first date experiences to share – but this woman's date easily ranks in the TOP3 Worst Dates in the Human History chart. 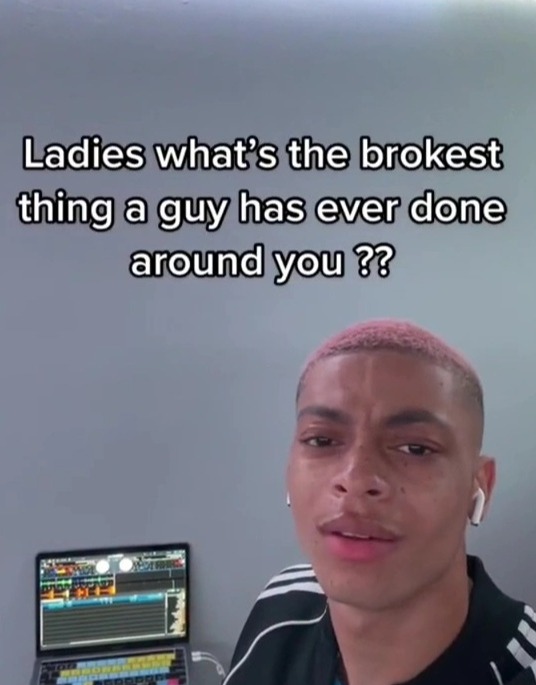 Jumping on the “Ladies, what's the brokest thing a guy has ever done around you?'' trend, Murry Hernandez, from North Carolina, definitely had something to share.

“This – this is the one that I have been waiting for!''

According to the now-happily-married mum-of-two, the story took place seven years ago.

After talking to this man for a few weeks, he proceeded to ask her out“because he thought I was so beautiful,'' remembered Murry.

“Yeah, I love big girls; bring it on!'' is what the most-horrific-date-to-be replied.

Once the date day arrived – the two were scheduled to go to Applebee's Grill & Bar – Murry had her first red flag; one of the many yet to follow.

Without even greeting her, the man, who was in the military, said: “I hope you brought your own money cause I can't afford to buy you anything.''

“As you see, I'm holding a glass of water – I can't even buy myself anything!''

After buying herself a drink, Murry tried to initiate some conversation with the bloke – as you would -, but in the midst of it, he interrupted her by saying: “No offence, but you're a lot bigger than I thought you would be!''

“I kind of feel like you misled me,'' he then added.

Attempting to save whatever's left of the date and give the man one last opportunity to make up for this rude remarks, Murry was kind enough to stay and chat.

But instead he didn't seem to be able to read the emotions and just kept on fat-shaming her: “My feelings are hurt,'' said Murry.

When it's time to go home – “finally'' -the Murry's date invited her back to his car, where he starts to shake his head as if waiting on something.

“Are you kidding me? You have been an a**hole this entire time, you have been talking about my weight, you've been rude!''

According to her, the man then said: “Ok, you can find your own ride home!'' before driving back to Applebee's and leaving Murry there.

After watching the ordeal Murry had to go through, many expressed their sympathy, with one user writing: “omg it's terrifying knowing men like this ACTUALLY exist!!! I'm so sorry hun..you're awesome.''

“hmm ok this guy is messed up for sure, especially since u send the photos and told what you look like. he just being mean af,'' is what another fellow TikToker said.

For those who may find themselves in a similar scenario, a woman suggested: “I would order a bunch of food, as expensive as possible, and go to the bathroom as soon as the food arrived and hit the road.''

Want to hear more first date horror stories? How about the woman whose date tried to suck her thumb – and that wasn't the worst of it!

Meanwhile, this woman always has sex on a first date just to see if they’re any good in bed.

Thinking of joining online dating? This lady's experience might put you off – “I'vebeen on 50 Tinder dates – one bloke brought his dead cat along, another wanted to oil me all over.''