A WOMAN who was warned against sleeping separately from her husband has insisted that having separate beds has made her sex life better than ever. 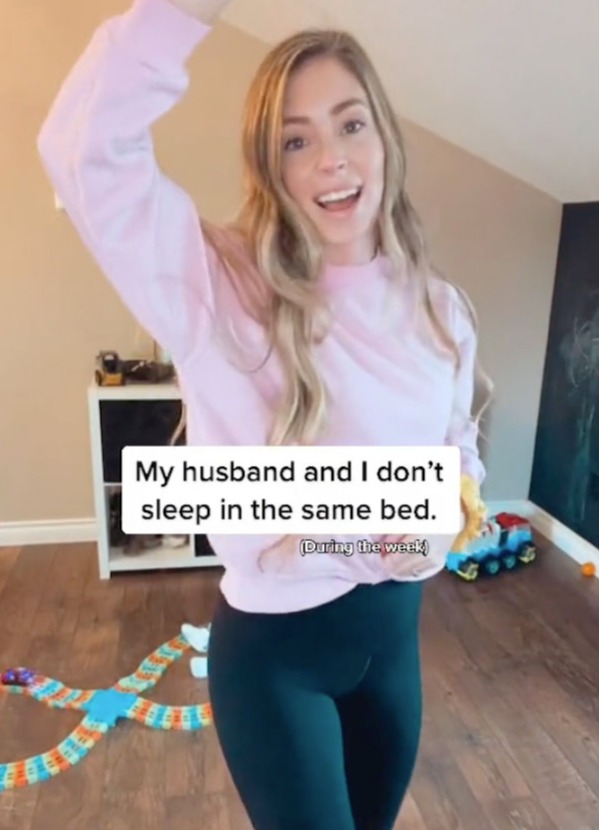 "I know a lot of people will disagree with this BUT I don’t care," she wrote over a video of herself dancing.

"My husband and I don’t sleep in the same bed (during the week) & it’s made our intimate relationship BETTER!"

She added that the pair's "very different schedules and sleeping habits" were causing a "huge" problem for them, but now they sleep separately, things couldn't be better.

"Sleeping in different beds does NOT ruin marriages and it’s more common than you think," she concluded.

Despite initially saying many people would disagree with her, the majority of people commenting on the video said they'd also adopted a separate sleeping plan, and had found it works wonders for them.

"My husband and I have separate rooms it was the best decision ever," one person wrote.

While another added: "Omg I cannot stand sleeping with my husband lol. He’s a fireman and the worst sleeper!

"It’s not about outdated marriage 'rules' it’s about sleep! Lol."

And a third wrote: "OMG US TOO! I’ve almost felt embarrassed for people to know, people judge, think it’s weird.

"New business & new baby! we had to do something! Sleep!"

Responding to that comment, Terri-Ann wrote: "I’m so glad this found you!! I hope you feel a little more ‘normal’!! 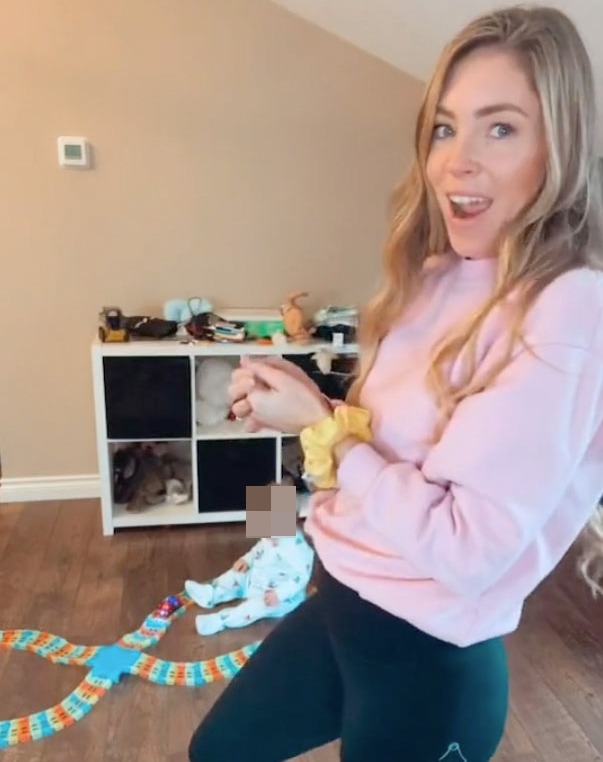 "You’re doing what’s best for you guys don’t ever be embarrassed."

Others disagreed, with one woman writing: "I can’t sleep without my husband.

"He can’t sleep well without me. I’ll keep it that way. It doesn’t make much sense to not sleep together."

While another commented: "Nope I married my husband for better or worse. I can't imagine not having him in our bed. I would miss him."

In other relationship news, a psychologist reveals what sex dreams about your boss really mean.

This woman ditched her date after getting the ick over one thing he did to the waiter.

And this lady says that ditching booze helped her sex life.

The Fragrance Shop slashes perfume by half price for Valentine's Day