DAWN Green was no medical expert, but if there was one thing she knew it was that something wasn't right.

It took her 14 months of going back and forth to her doctor for tests before she was finally diagnosed with bowel cancer. 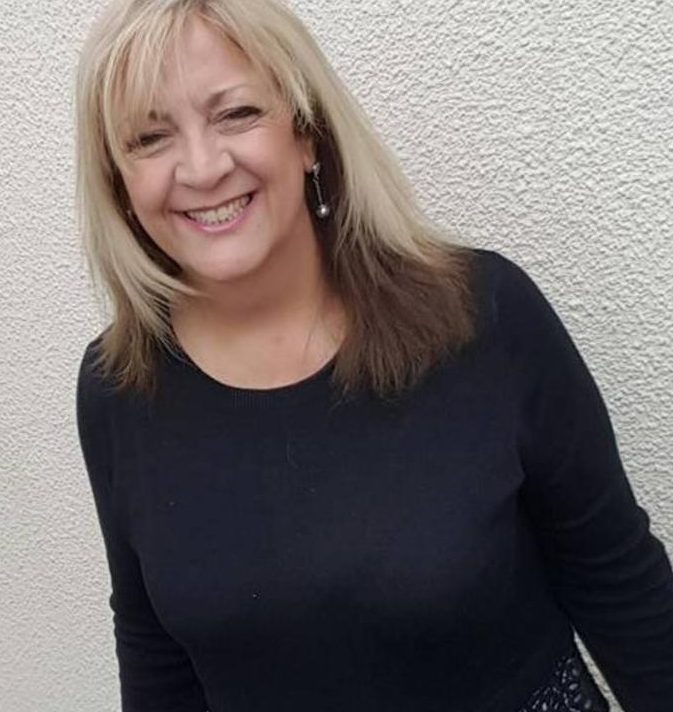 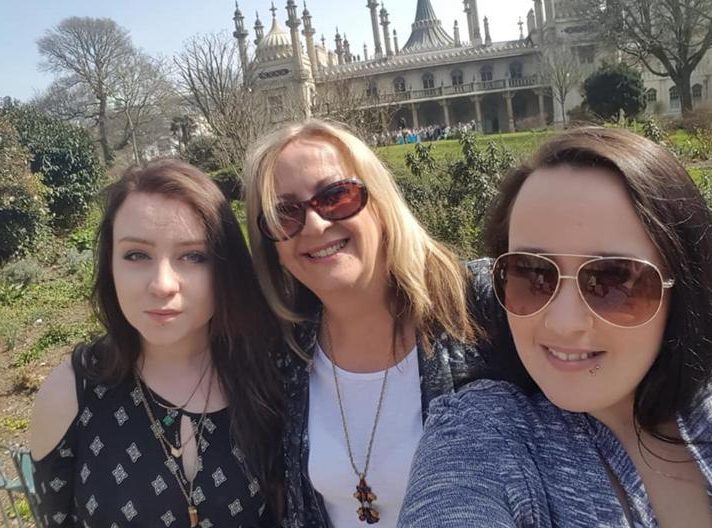 But even then it was too late. Her condition was terminal.

Doctors gave her six months but she didn't quite make it and passed away at the age of 55 in July last year.

Just four weeks later, the Government agreed to lower the screening age for bowel cancer from 60 to 50 after pressure from The Sun's No Time 2 Lose campaign, patients and leading charity Bowel Cancer UK.

It's a move that could save 4,500 lives a year – yet, one year on from the pledge still nothing has changed.

The NHS says they are working to start screening at 50 – but a spokesman said they couldn't commit to a time frame.

But, campaigners have blasted the Government, warning the delay is costing lives.

Lauren Backler, who spearheaded the No Time 2 Lose campaign, after losing her mum to bowel cancer at 55, told The Sun Online: "This delay is costing lives, and thousands of lives at that.

"The longer this takes, the longer people in their 50s are being denied the chance of an early bowel cancer diagnosis – something which really can save lives."

This delay is outrageous. Lives are being lost – to a cancer that can be prevented and cured

"This delay is outrageous. Lives are being lost – to a cancer that can be prevented and cured."

Dawn's 21-year-old daughter Megan agreed, adding that she believes screening at 50 would have saved her mum's life.

She told The Sun Online: "Screening at 50 would have given my mother a fighting chance at beating cancer.

"Instead she was misled a lot. They missed it basically, and it shouldn't have happened." 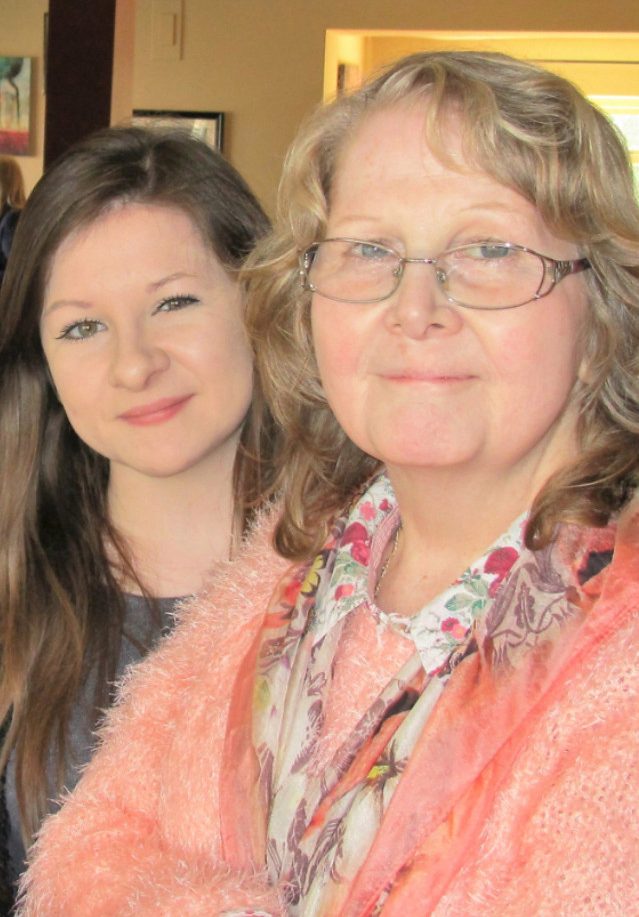 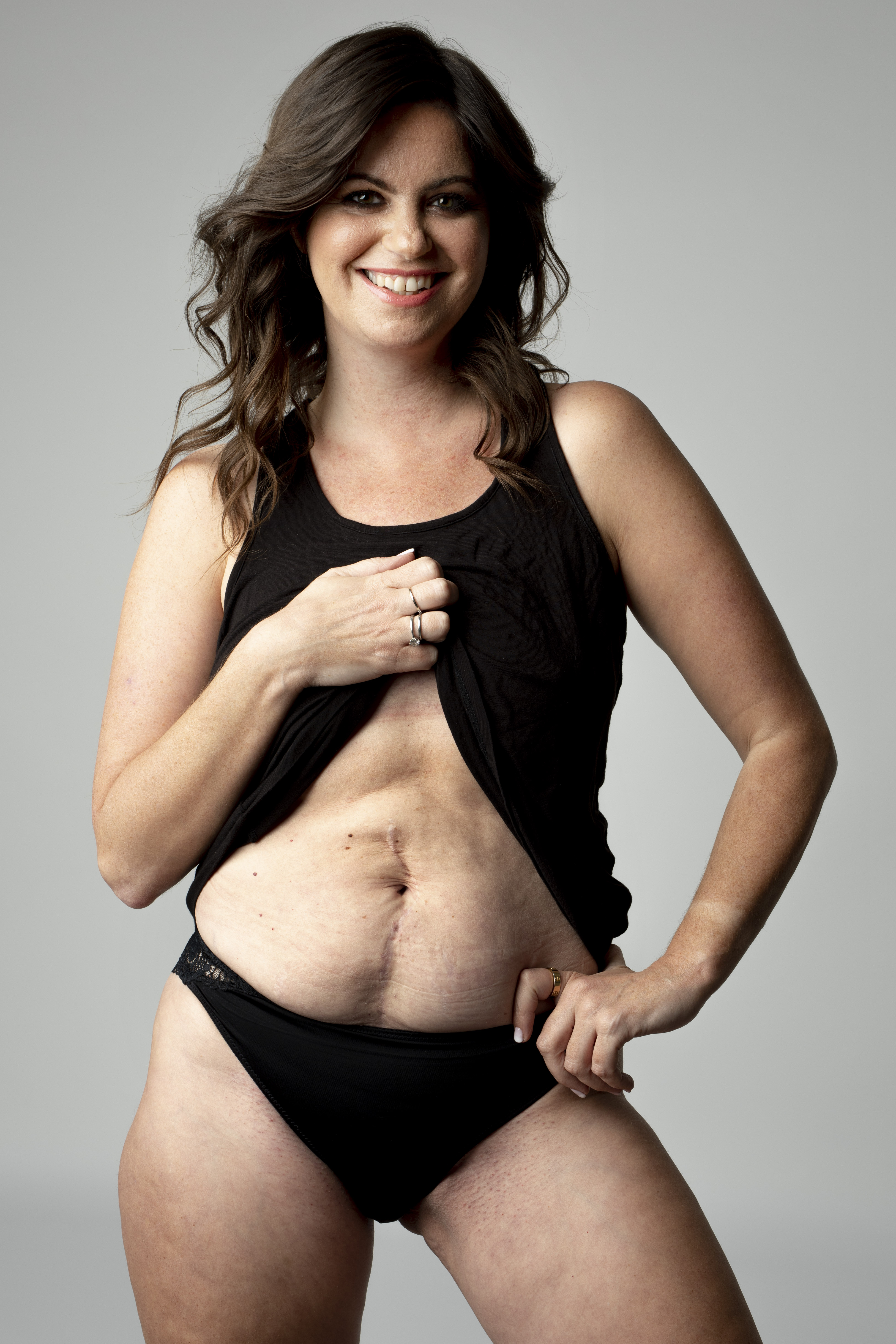 Megan, of Olbury, West Mids, explained that her mum started getting stomach pains about a year before her diagnosis.

"They were severe to the point where some days she couldn't even drive," she said.

Dawn, a social worker, had previously battled breast cancer and had been in remission for six years so was conscious of her health.

She went to see her family GP who was initially unsure, but eventually told her it was probably irritable bowel syndrome (IBS).

Megan said: "About four months later the pain was getting worse so she went back because she was worried it might be something more sinister.

"The doctor told her she had 'survivor's paranoia' and that it was all in her head.

"Another time she went she was told it was stress and to take time off work.

"It started to get really bad – she couldn't get out of bed."

Megan said her mum was sent for three colonoscopies but they came back clear.

At one point the pain got so bad she was rushed to A&E where she was given various blood tests and doctors discovered her bowel had prolapsed.

It was then they diagnosed stage 4 bowel cancer.

At the time, Megan was in the middle of her first year exams at the University of Aberystwyth, where she is studying forensic psychology.

Dawn decided to wait a couple of weeks before telling her daughter, who was devastated but travelled back from Wales to support her mum. 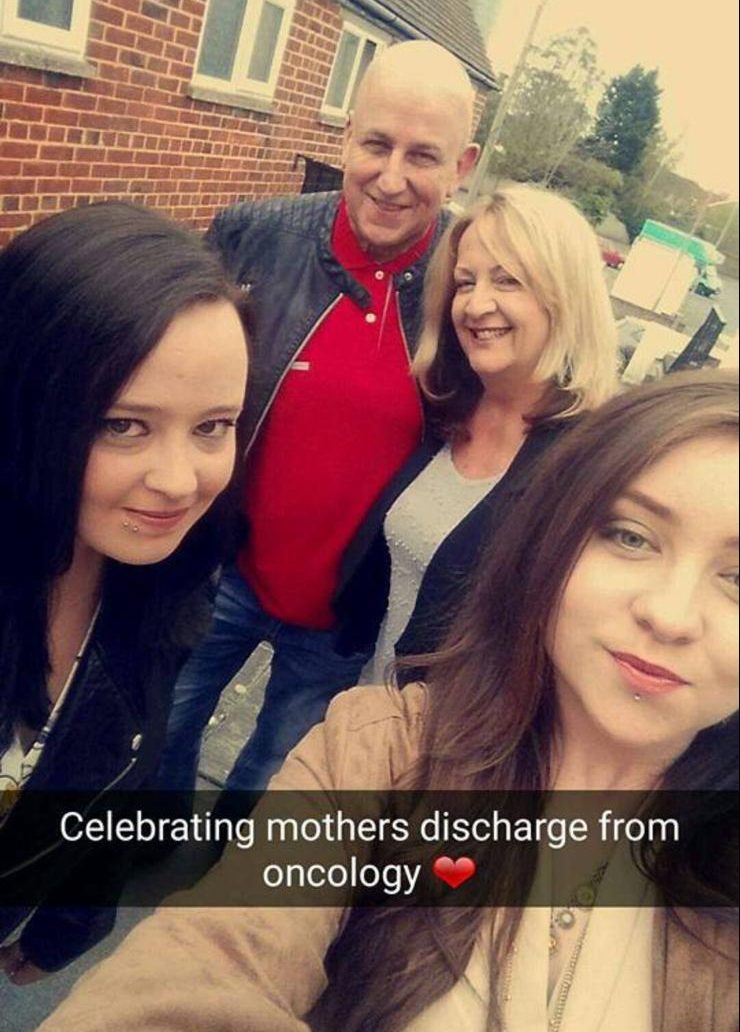 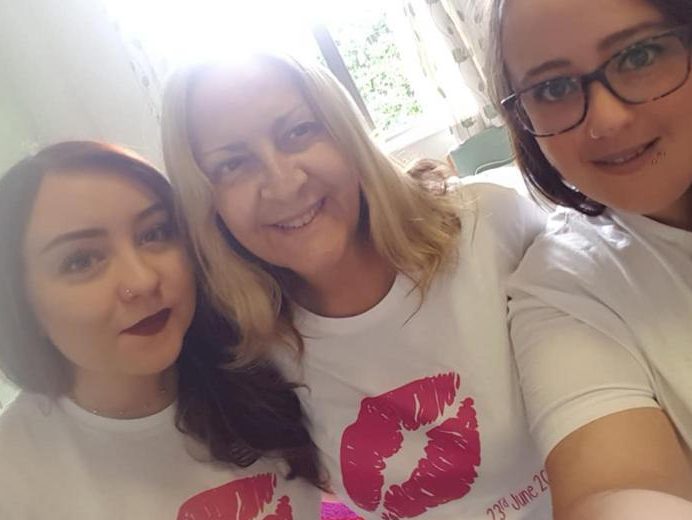 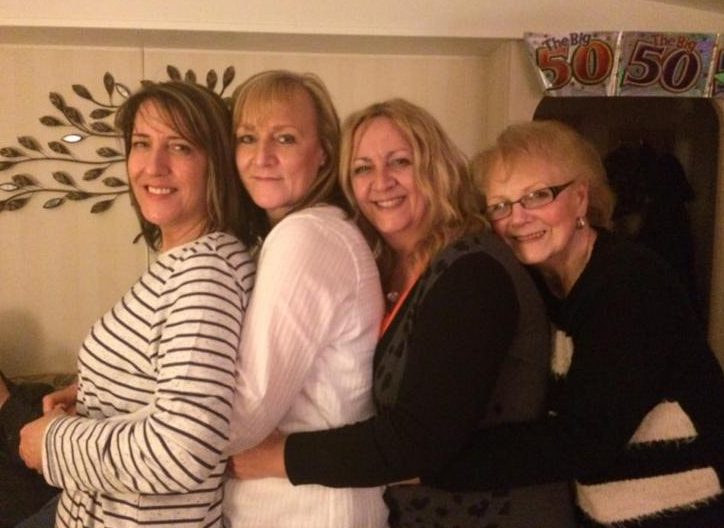 Megan said: "We were told there wasn't specific chemo for her type of bowel cancer and she was given 'generic' chemo, which didn't work."

She was also fitted with a stoma bag which led to life-threatening septicaemia, and during chemo her kidneys failed.

Megan added: "There was talk of possible dialysis at one point, but after the septicaemia and the kidney failure she was in so much pain.

"She was given palliative radiotherapy to relieve the agony she was in but they ended it after nine sessions as it was causing her too much pain.

"It meant that her final days when she knew she was terminal were agony, rather than being able to enjoy herself."

Dawn was moved to St Mary's Hospice in Birmingham where she sadly died just five weeks later on July 4, 2018.

Doctors believe the cancer started in the epithelial tissue of the vaginal wall but as she had undergone a hysterectomy a few years earlier the area may have been overlooked.

Megan said: "They missed it basically. They didn’t check her vagina area because she'd had a hysterectomy.

Aside from the severe stomach aches, Megan said there was no other warning signs to suggest it could be cancer.

"She was quite vigilant – her sisters were both nurses – so we know the basics, and no there was nothing.

Her final days when she knew she was terminal were agony, rather than being able to enjoy herself

"She never ate unhealthy, she looked after herself."

Megan added: "My mum kept stressing if you know something is wrong don’t let it go.

"She’s not medically trained, she’s putting her trust in these people. They let her down. But the really upsetting part is she's one of millions."

Megan believes that if her mum had been offered screening on her 50th birthday it might have spotted the cancer sooner.

She added: "I’m not an expert but investment in screening will save on treatment." 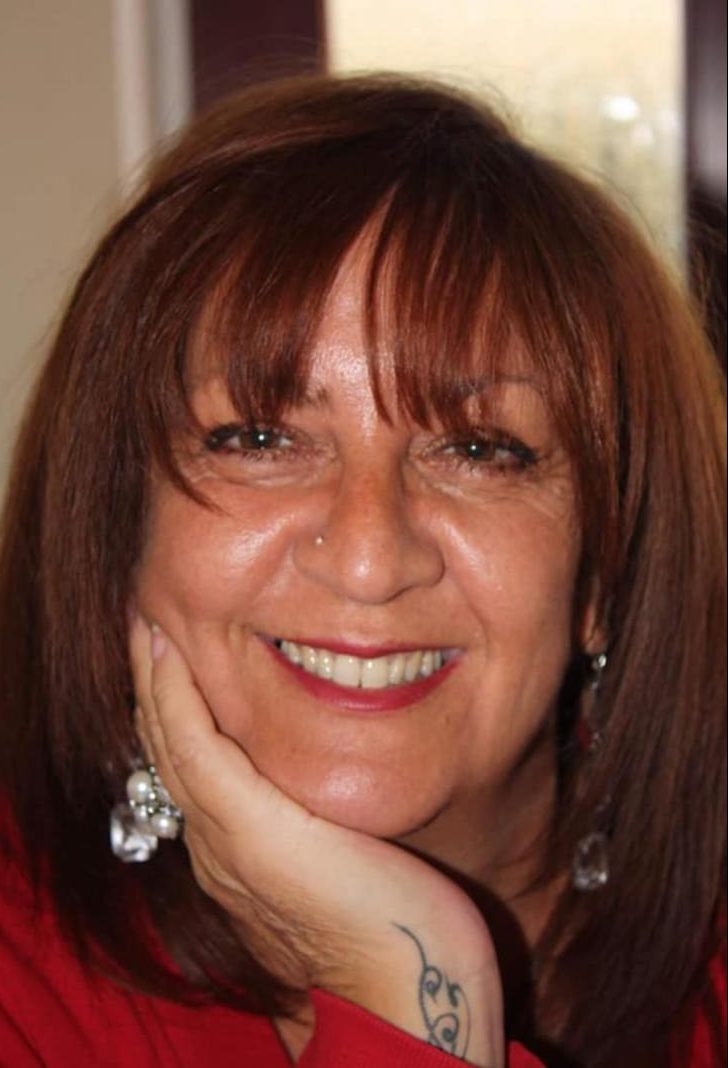 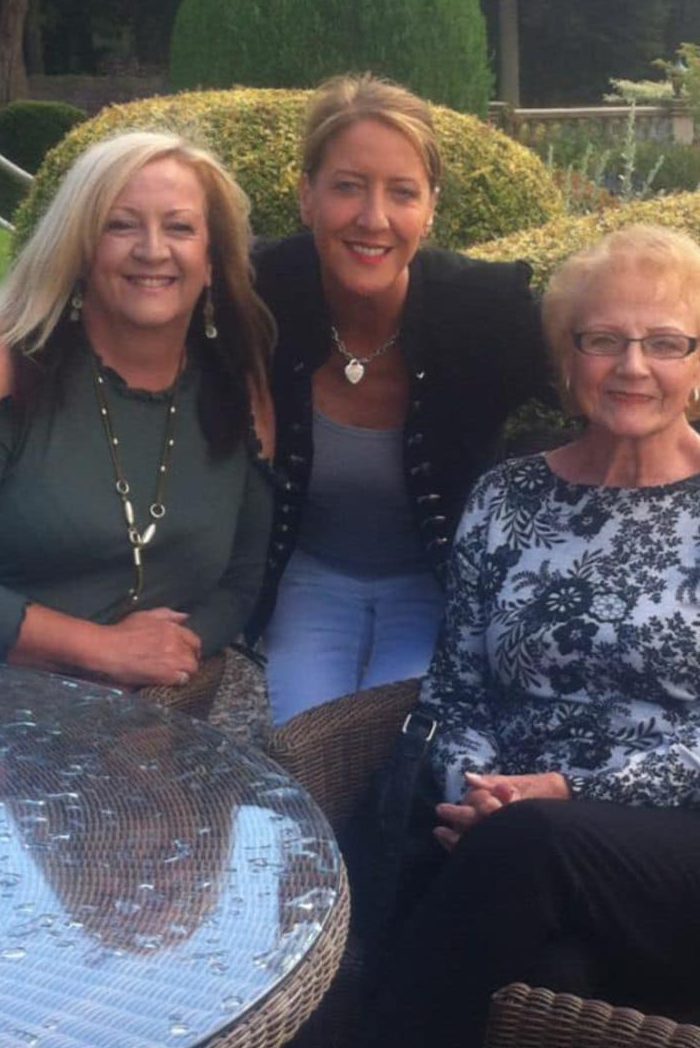 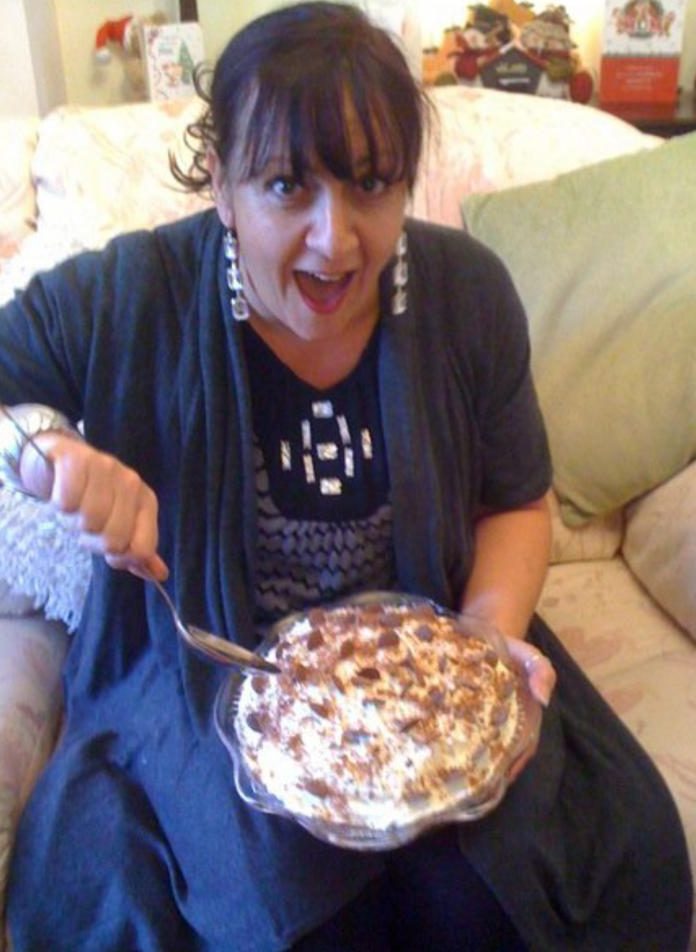 In England, screening for bowel cancer begins at 60, yet across the border in Scotland it starts at 50 – and is offered every two years until your 74th birthday.

Bowel cancer is the second deadliest form of the disease, but it can be cured if it's caught early – or better still prevented.

Caught at stage 1 – the earliest stage – patients have a 97 per cent chance of living for five years or longer.

But catch it at stage 4 – when it's already spread – and that chance plummets to just seven per cent.

The Sun's No Time 2 Lose campaign called for bowel cancer screening to be lowered in a move that could save more than 4,500 lives a year, experts say.

Health secretary Matt Hancock last year agreed to end the postcode lottery and bring England in line with Scotland – but it's yet to happen.

A NHS England spokesperson told us it is working to roll it out, but didn't commit to a time frame.

They said: “Reducing the bowel cancer screening age will catch more cancers earlier but it requires many extra staff to be trained to undertake the extra colonoscopies and other investigations.

"So with support from Public Health England and Health Education England, the NHS is now working to implement this significant change, alongside the wider upgrade to screening services which will be set out by Prof Sir Mike Richards in the Autumn."

Lauren Backler, added the delays are "incredibly disappointing" – and called on the Government to make it a priority to make good on their pledge.

"A year on and we're still no closer to an implementation date for screening at 50," the teacher said.

"It is imperative that it is made a priority in order to save lives now.

"We need a time-scale and an action plan from the Government to ensure successful rollout begins as soon as possible.

"Screening at 50 could have saved my mum, I don't want to see other families go through what we did." 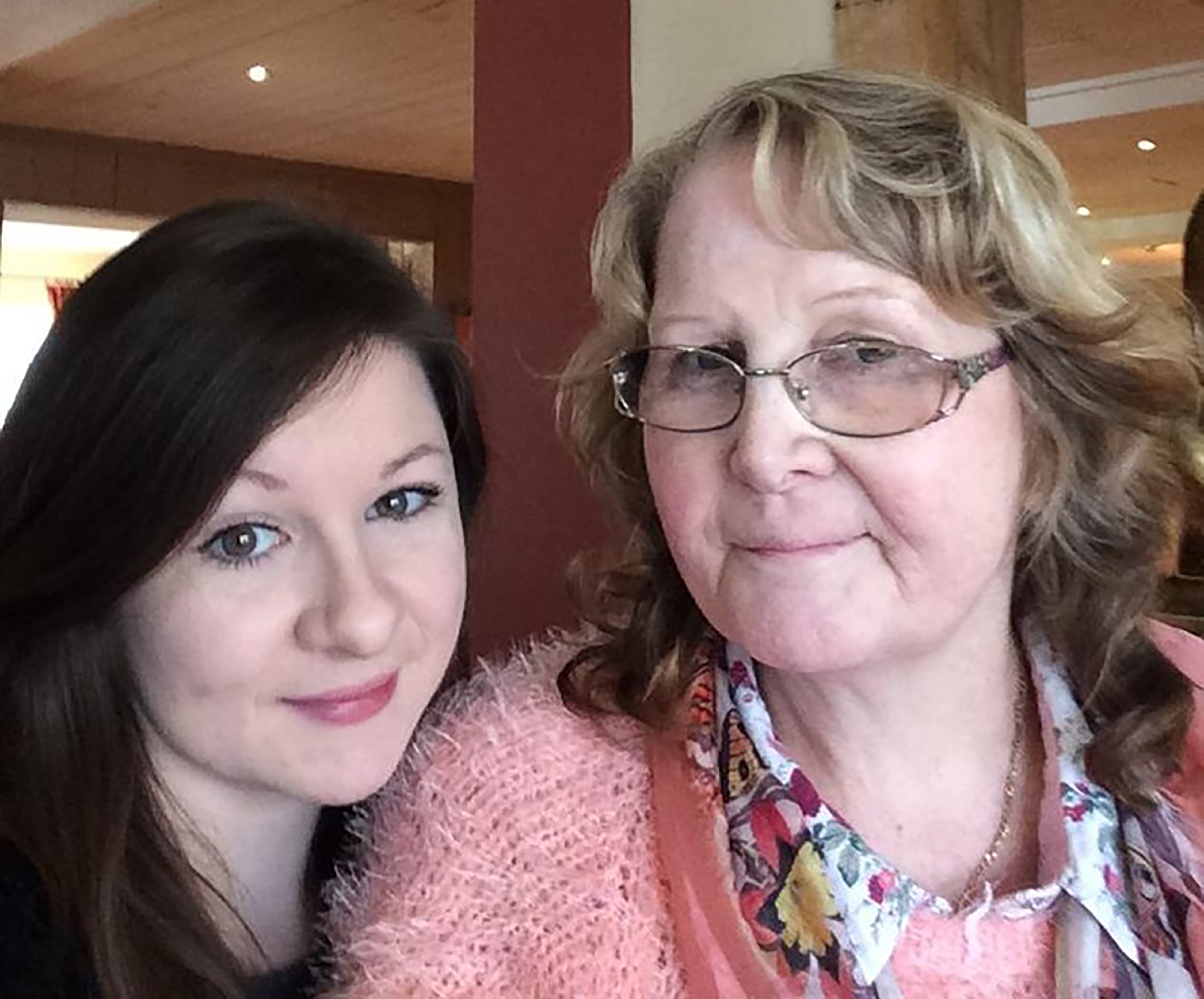 Megan added: "I'm furious. They're not doing their jobs properly. If they were I wouldn't have lost my mum.

"She's never going to see me graduate, get married or have kids along with all the small moments in life when a daughter just needs her mum.

"That's the most heartbreaking thing for me."

Deborah Alsina MBE, chief executive of Bowel Cancer UK, said: “Last year Governments in England and Wales committed to reducing the bowel cancer screening age from 60 to 50, in line with Scotland, and we are aware that they are now actively working to put this in place.

“However to be successfully implemented it will be essential that diagnostic work force shortages are addressed if this is to be effectively introduced in a timely manner.

"This must also take into account the need to improve the sensitivity of the new screening test currently being rolled out across the UK, to ensure cancers are not missed and opportunities to prevent cancer from developing are maximised.

"As yet no specific timeline for these screening improvements has been announced and we would welcome clarity on this in the near future as budget allocations are confirmed.”

​Under Secretary of State for Health​ ​Steve Brine praises the​ launching of ​The​ S​un​'s​ ​No​ ​​Time​ ​2​ ​​Lose bowel cancer campaign​ in Parliament​
Source: Read Full Article