THE patter of tiny royal feet may be heard any day now as Meghan and Harry await the birth of their first child.

As the nation looks forward to the new addition, Kate Jackson shares an alphabet of facts about the happy couple and their soon-to-be-born bundle of joy. 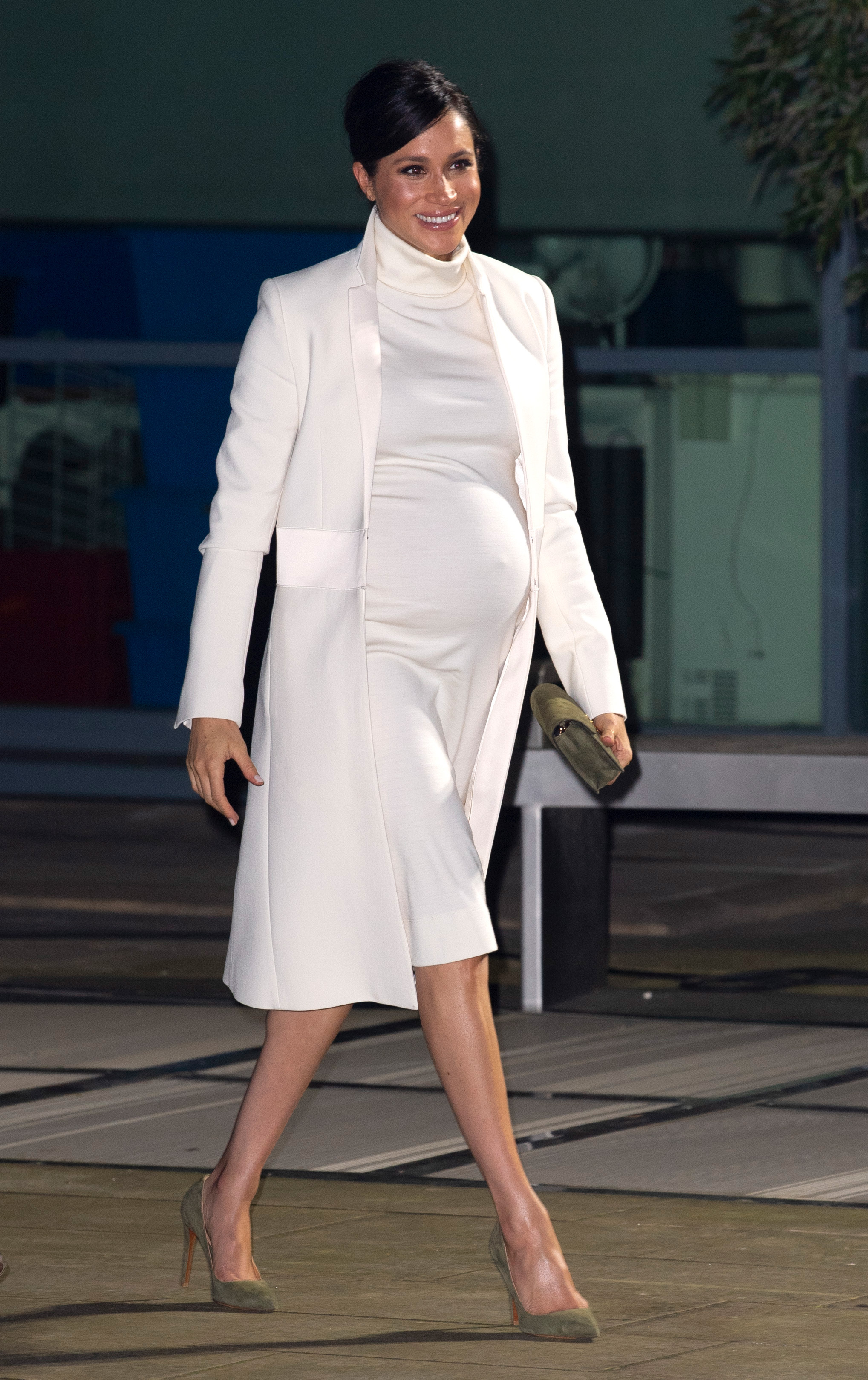 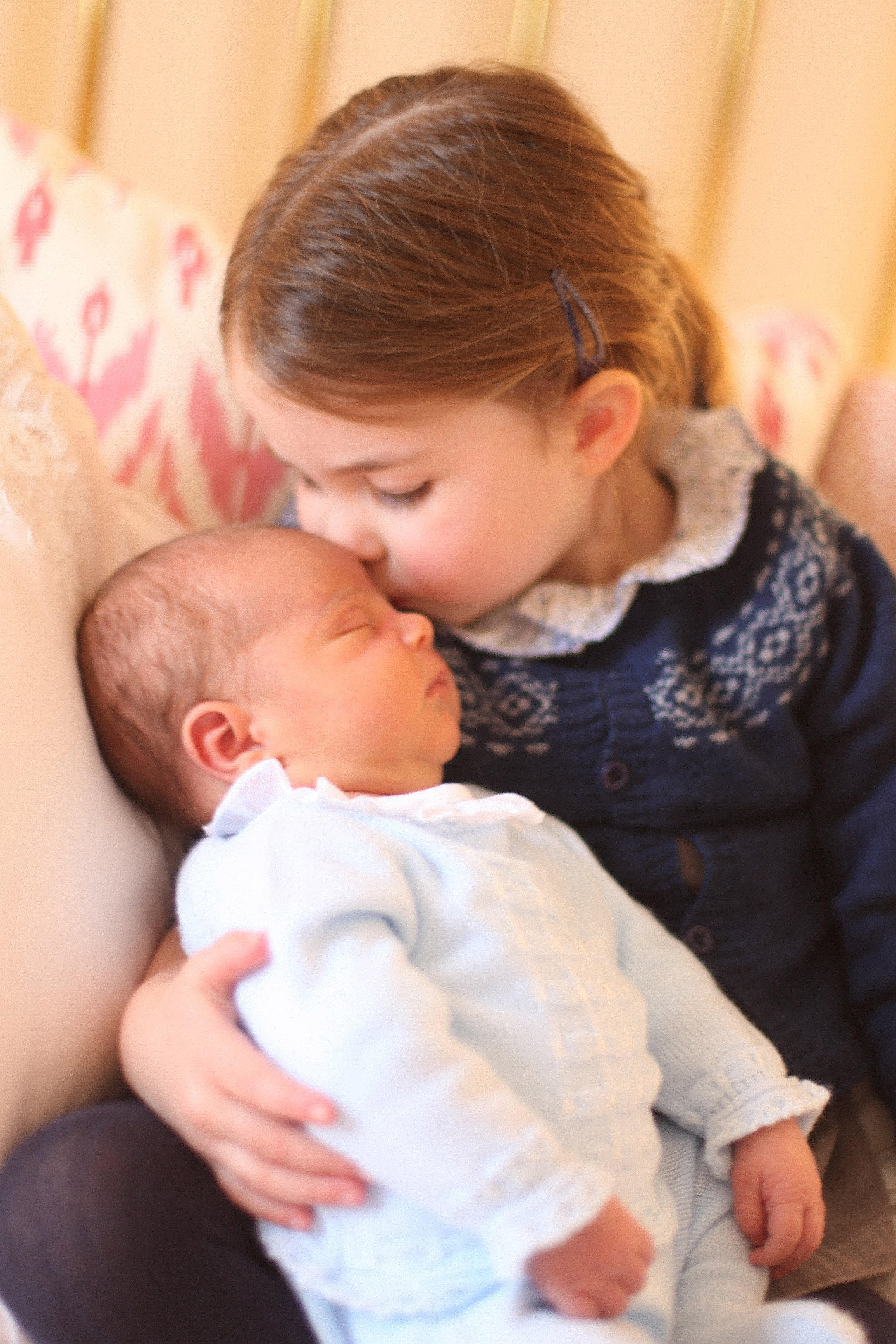 IF the little royal does arrive this month, then it will be in good company. The Queen and Prince Louis are also April babies, with Prince Louis arriving, rather patriotically, on St George’s Day last year.

If the baby is late, however, then cousin Princess Charlotte might be keeping her fingers crossed that he or she does not arrive on May 2, when she will be turning four.

A is also for American, as this will be the first royal baby entitled to an American passport. 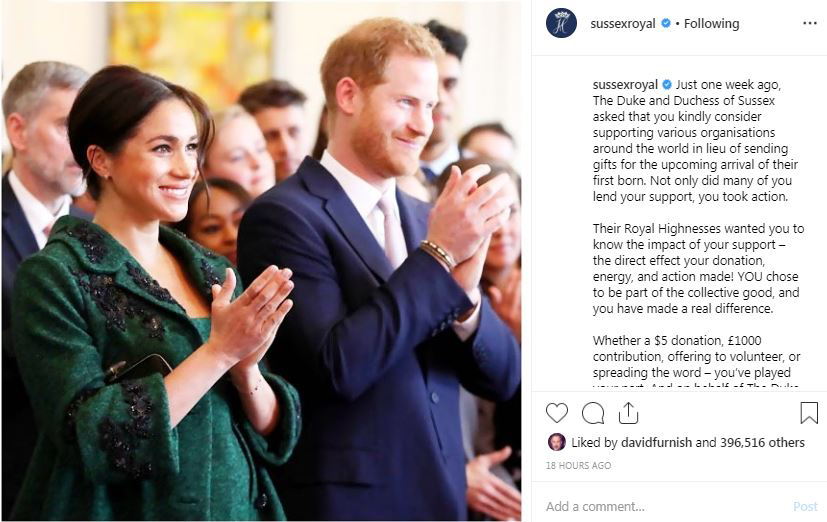 B is also for Bookies, who have been raking it in with an unprecedented frenzy of bets placed on the tot’s sex and name. 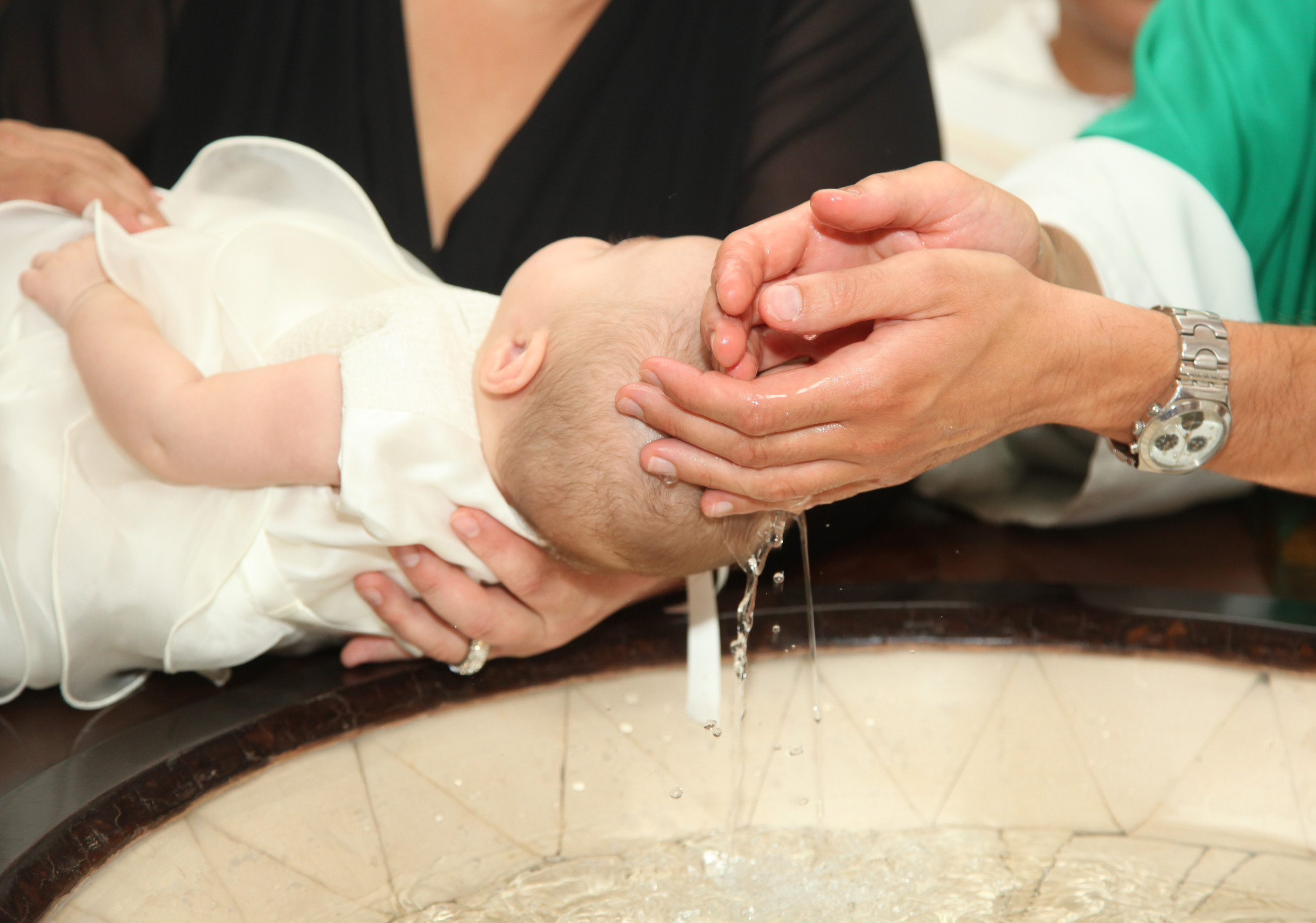 THERE will be much speculation over who the godparents will be. But it’s unlikely to be Wills and Kate – not because of any rift but because Harry is not godfather to any of his two nephews or niece.

Traditionally, family members are not godparents, which is probably just as well as they have so many other titles to honour. 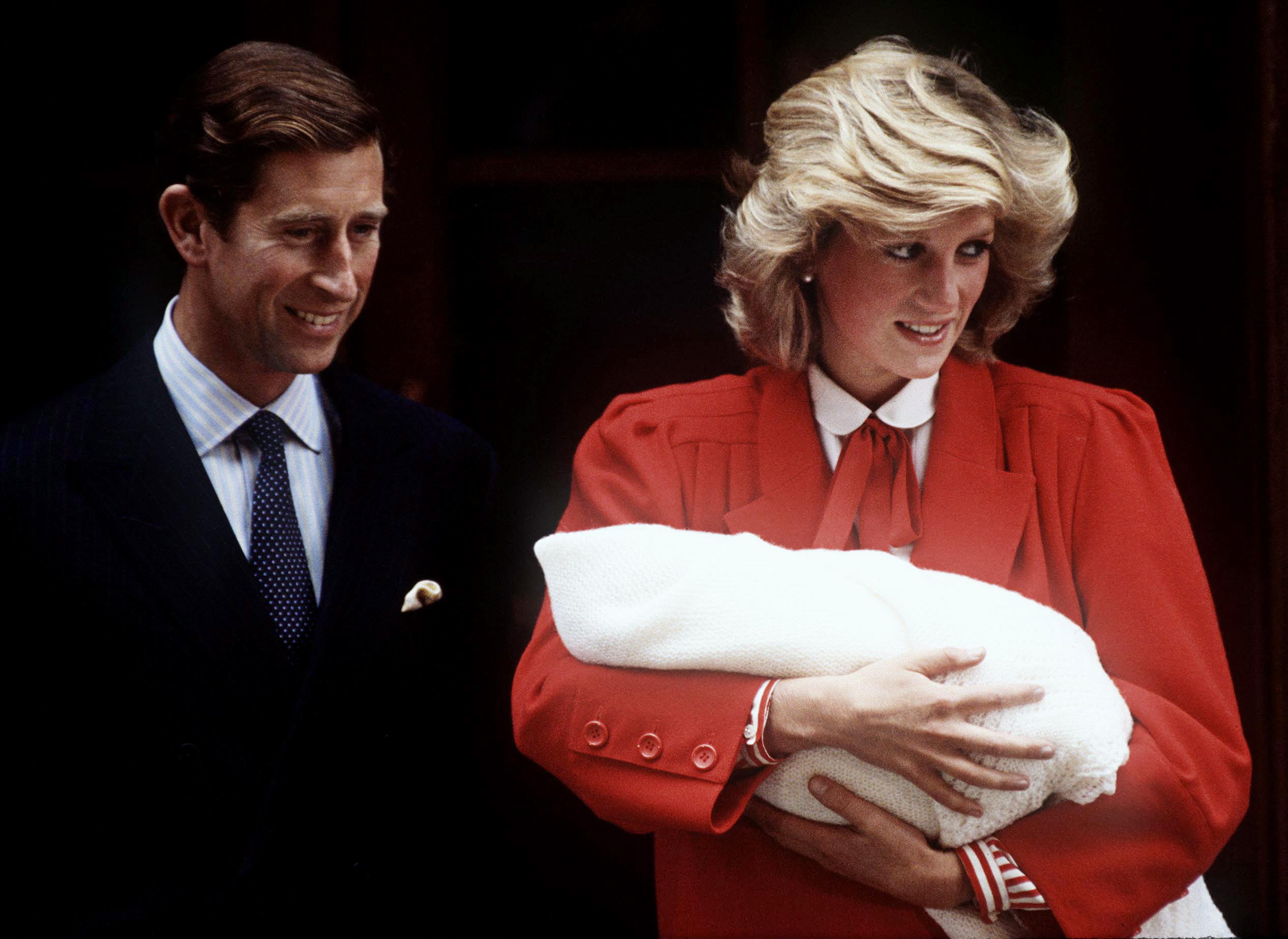 HARRY'S mum’s name is likely to feature if the child is a girl – and Diana is the bookies’ favourite for a first name.

D is also for Doria. Meghan’s mum is due to leave her LA home any day to be with her daughter for the birth.

It is thought she will live with the new family for a while to help them all over the first hurdles. 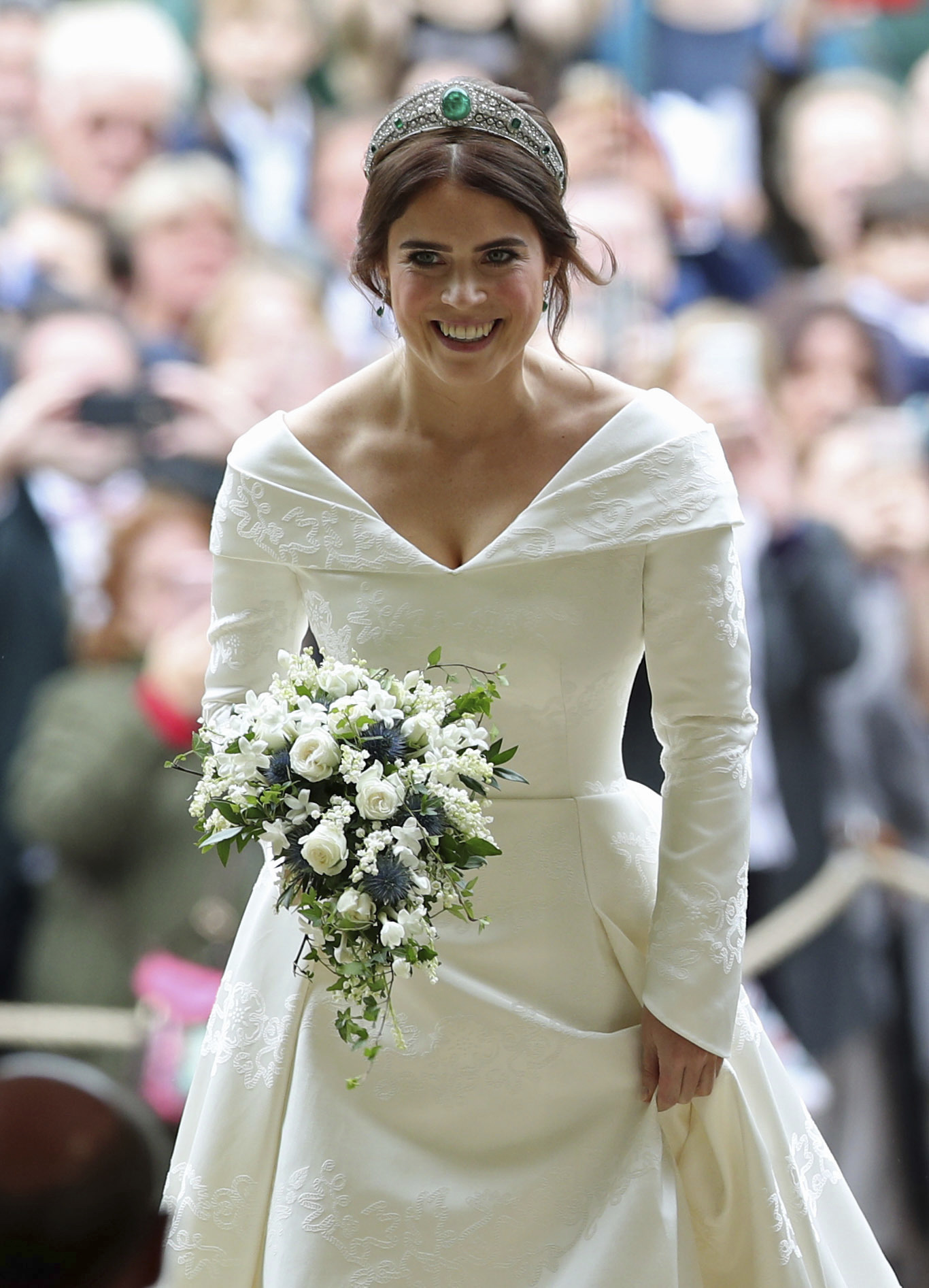 THE princess’s wedding provided the ideal family gathering for Harry and Meghan to tell relatives that they were expecting.

The situation prompted criticism from women everywhere, who accused Meghan of stealing the bride’s thunder.

The Duchess of Sussex wore a navy coat dress on the day to conceal the beginnings of a bump. 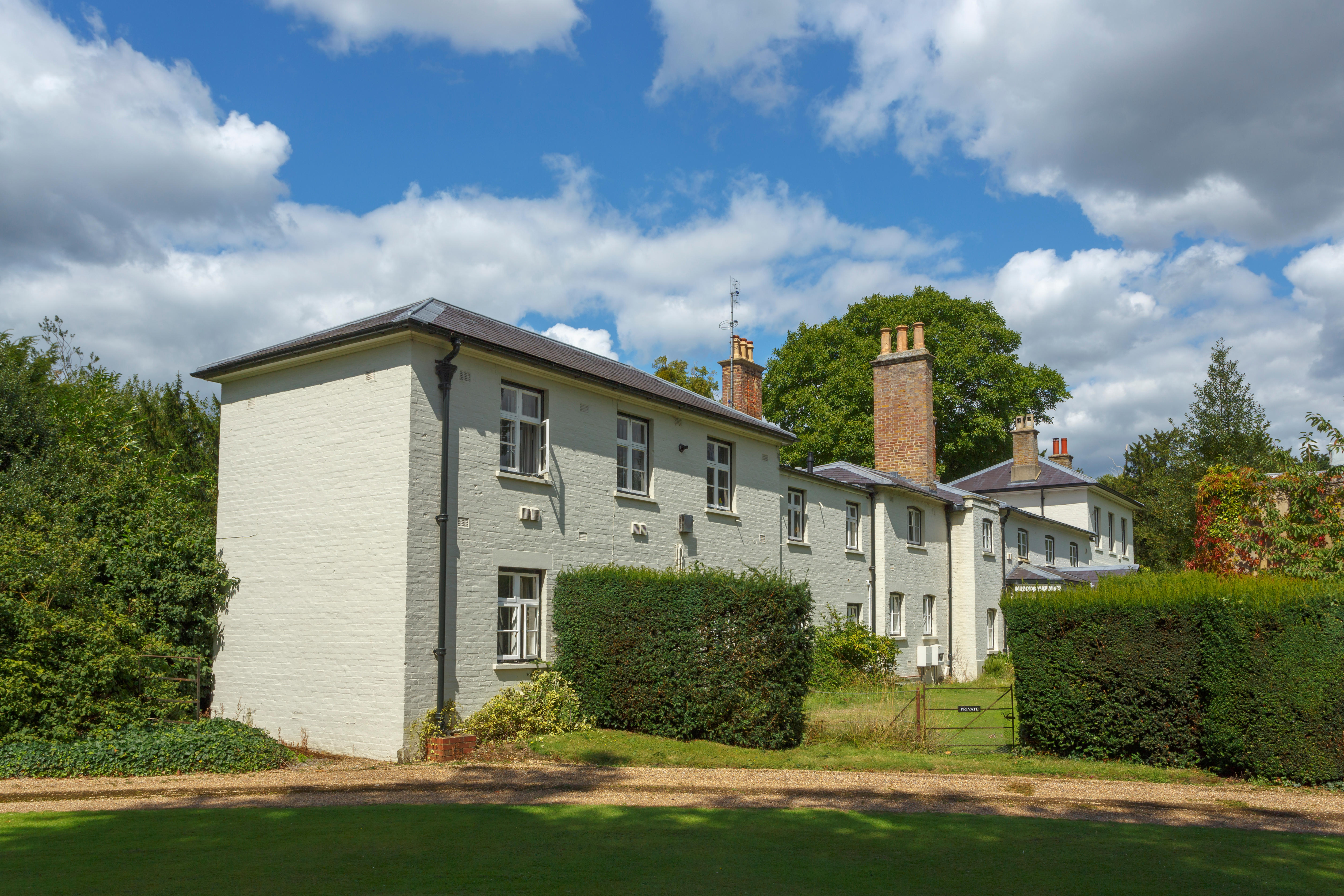 THE couple have just moved into their new home, in the grounds of Windsor Castle, following a £3million renovation. 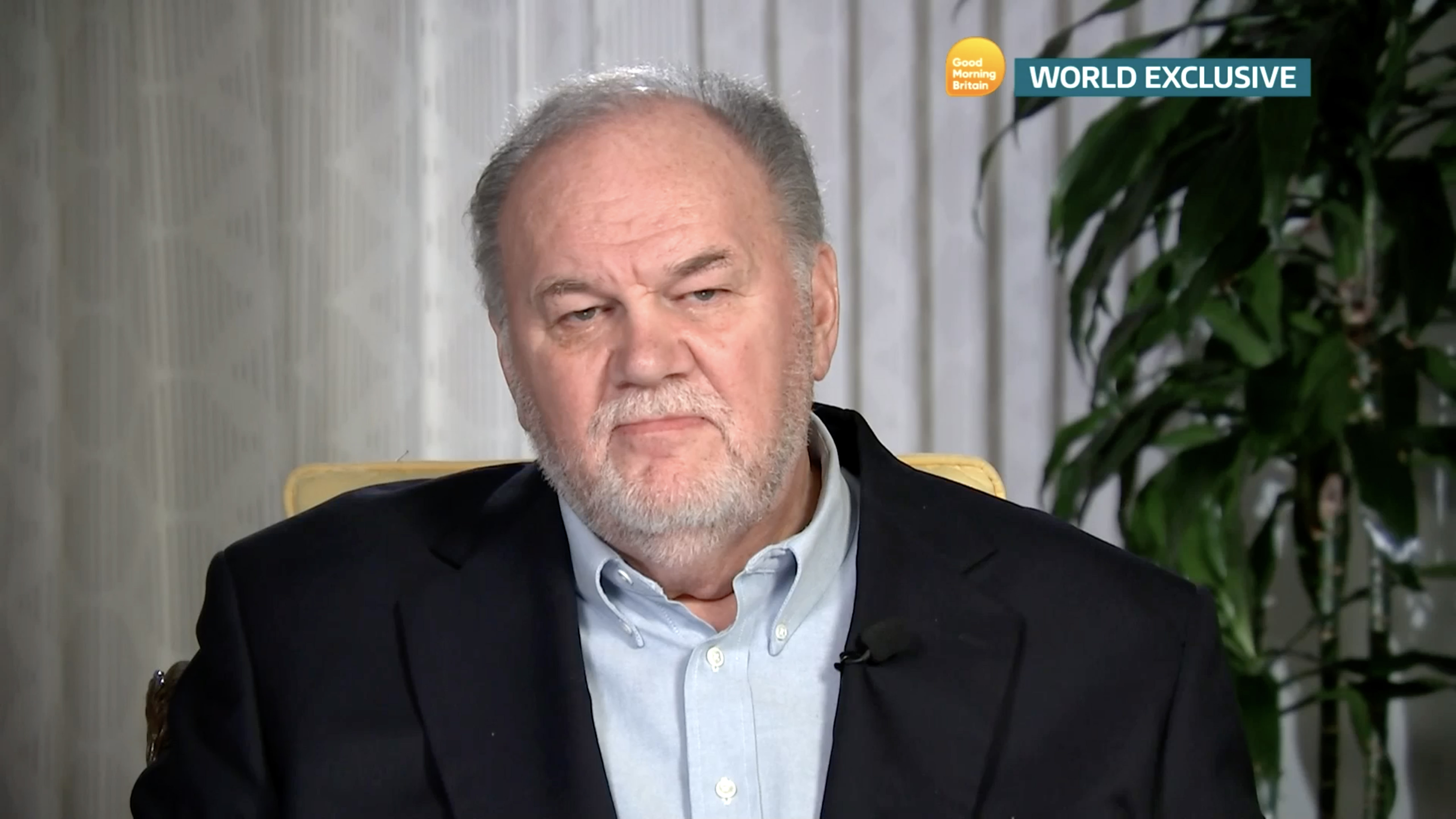 PRINCE Charles is used to the role now, with three grandkids already. But the new baby may miss out on a relationship with Meghan’s dad Thomas.

The pair have been estranged since he posed for paparazzi pictures before her wedding last May and was then unable to walk her down the aisle after heart surgery.

But Thomas is optimistic, at least. He said recently: “A new baby is a blessing and I look forward to seeing a little Meghan or a little Harry.” 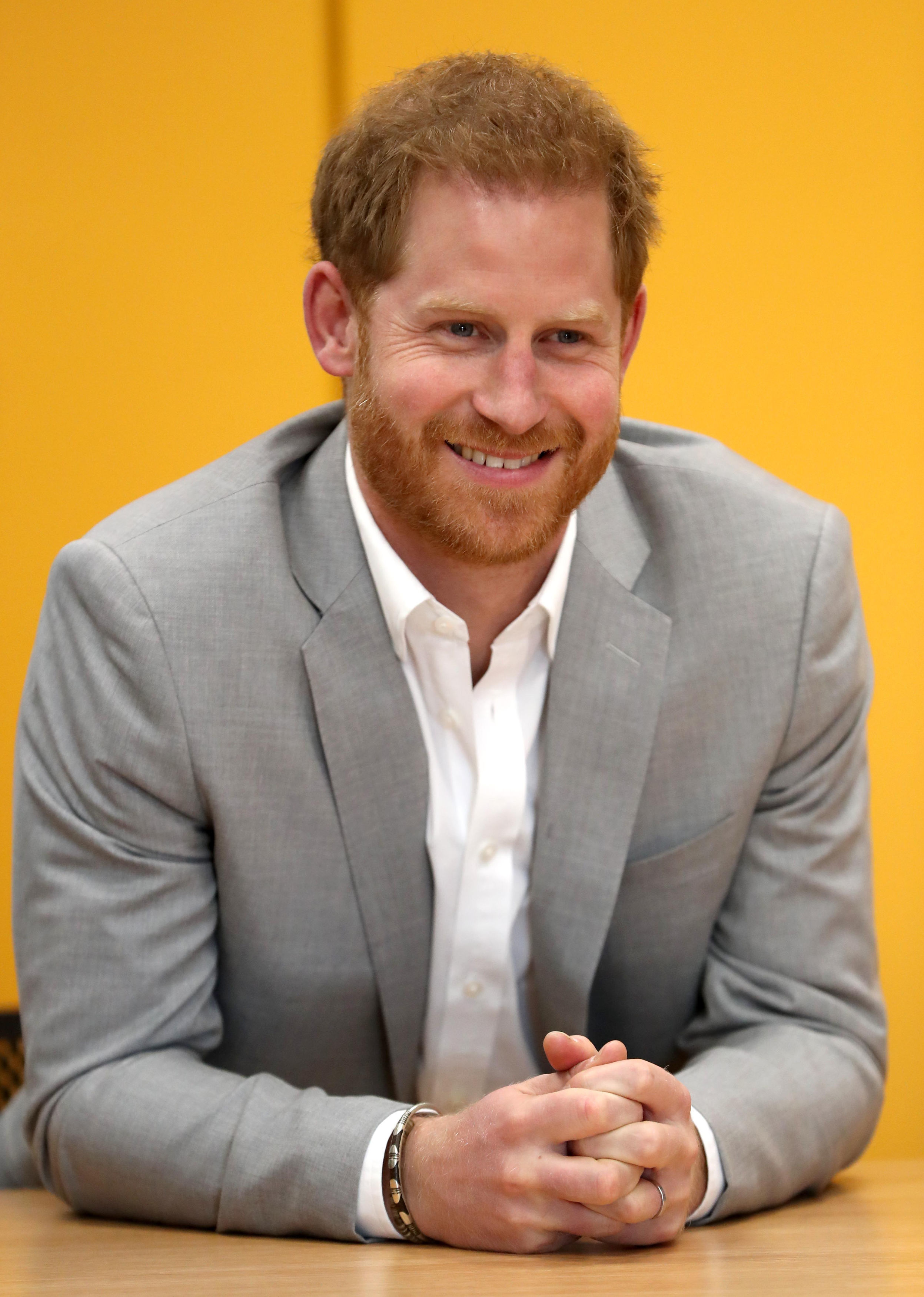 THE prince has hardly been able to contain his joy, and the impending arrival has made him think seriously about the world around him.

At a recent round table discussion with young leaders from the Commonwealth, Harry said: “As someone who is about to become a father, I am acutely aware of our shared responsibility to make this world more resilient and its inhabitants more accountable for the next generation.

"The only way to see real progress is not by chance, it’s by change.” 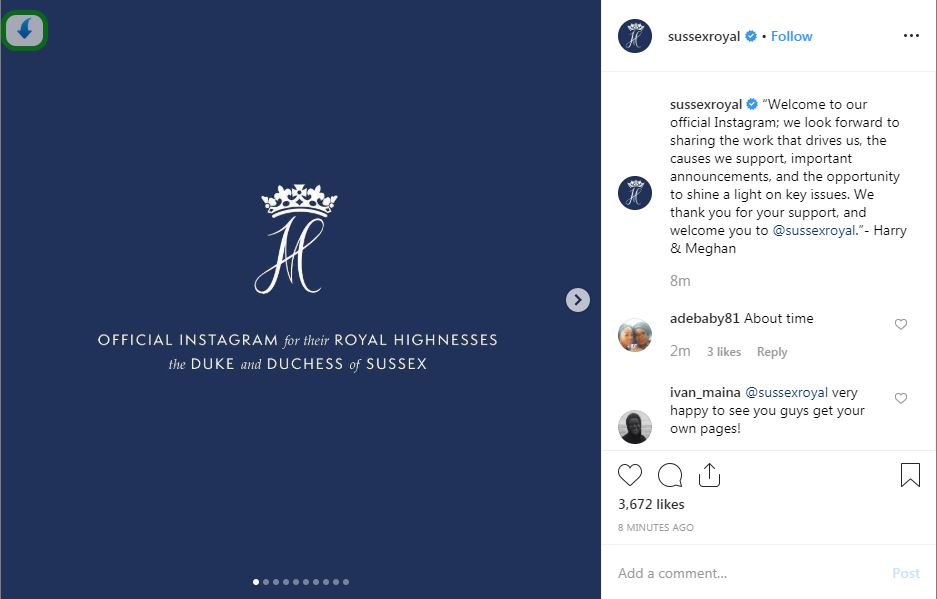 IT'S likely any baby news will be announced on the couple’s new account. Meghan does not want to be primped and preened hours after giving birth in order to pose like Kate for the crowds outside.

It is said to be against her feminist principles – plus the couple would prefer to spend time with their newborn.

It is thought they will make an announcement after the baby’s arrival, and follow up by releasing a picture themselves. Let’s hope it is not a just a teasing glimpse of a tiny hand, à la celebrity fashion these days. 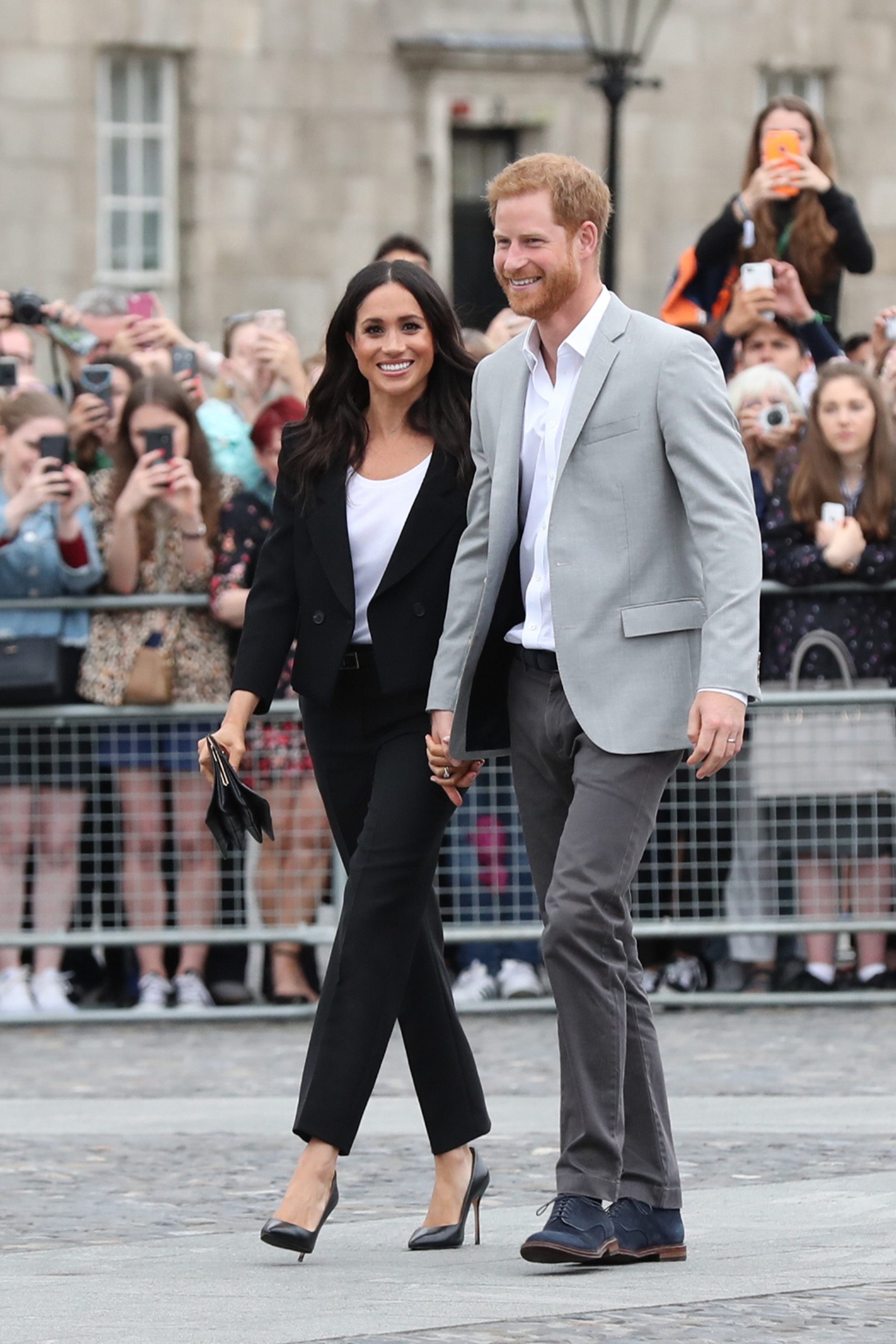 UNLIKE with other royal babies, Meghan and Harry will be having a very private birth.

Kensington Palace said last week that the couple will not be formally announcing the birth of their child – and Harry and Meghan will only allow photographs to be taken on the grounds of Windsor Castle when they are ready. 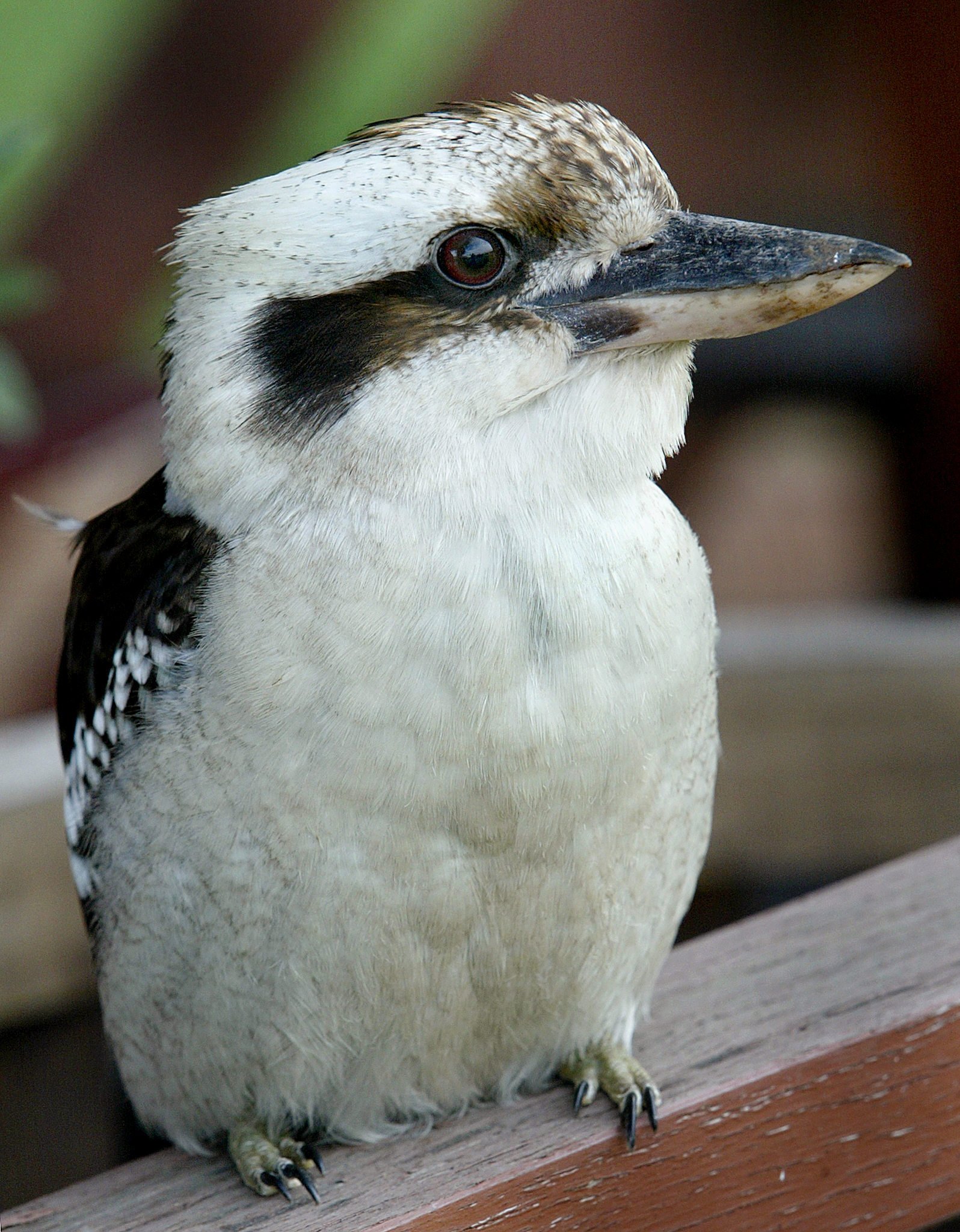 THE Sussexes have been inundated with presents for their new bundle, including a menagerie of stuffed animals such as elephants, kangaroos, kookaburras and humpback whales.

Their fans have also been busy donating to charities supported by Harry and Meghan.

The viral #globalsussexbabyshower has seen donations flood in to WellChild and The Lunchbox Fund. 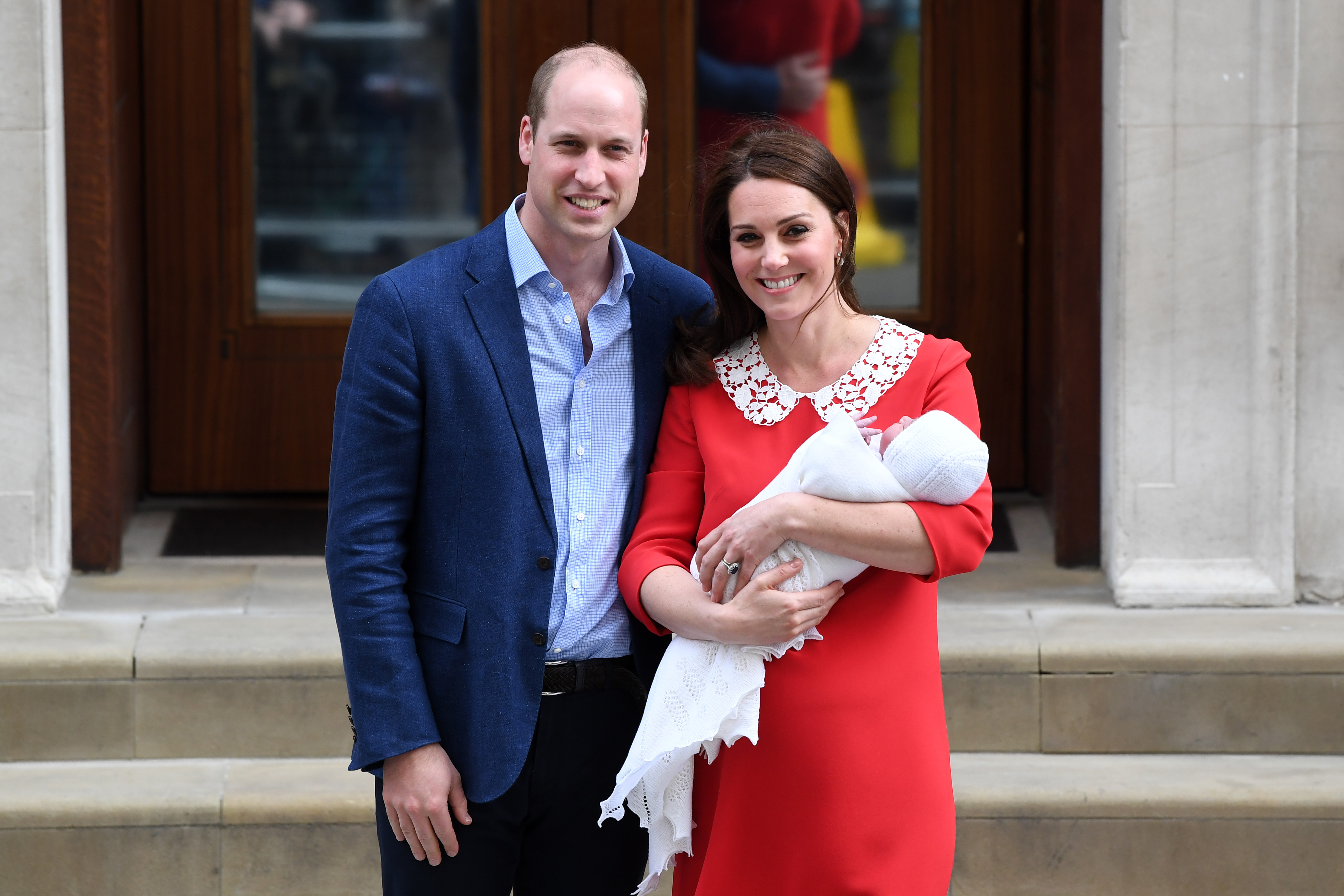 FOUR generations of royals have been introduced to the world from the steps outside St Mary’s hospital, central London, but the Sussex baby won’t follow suit. 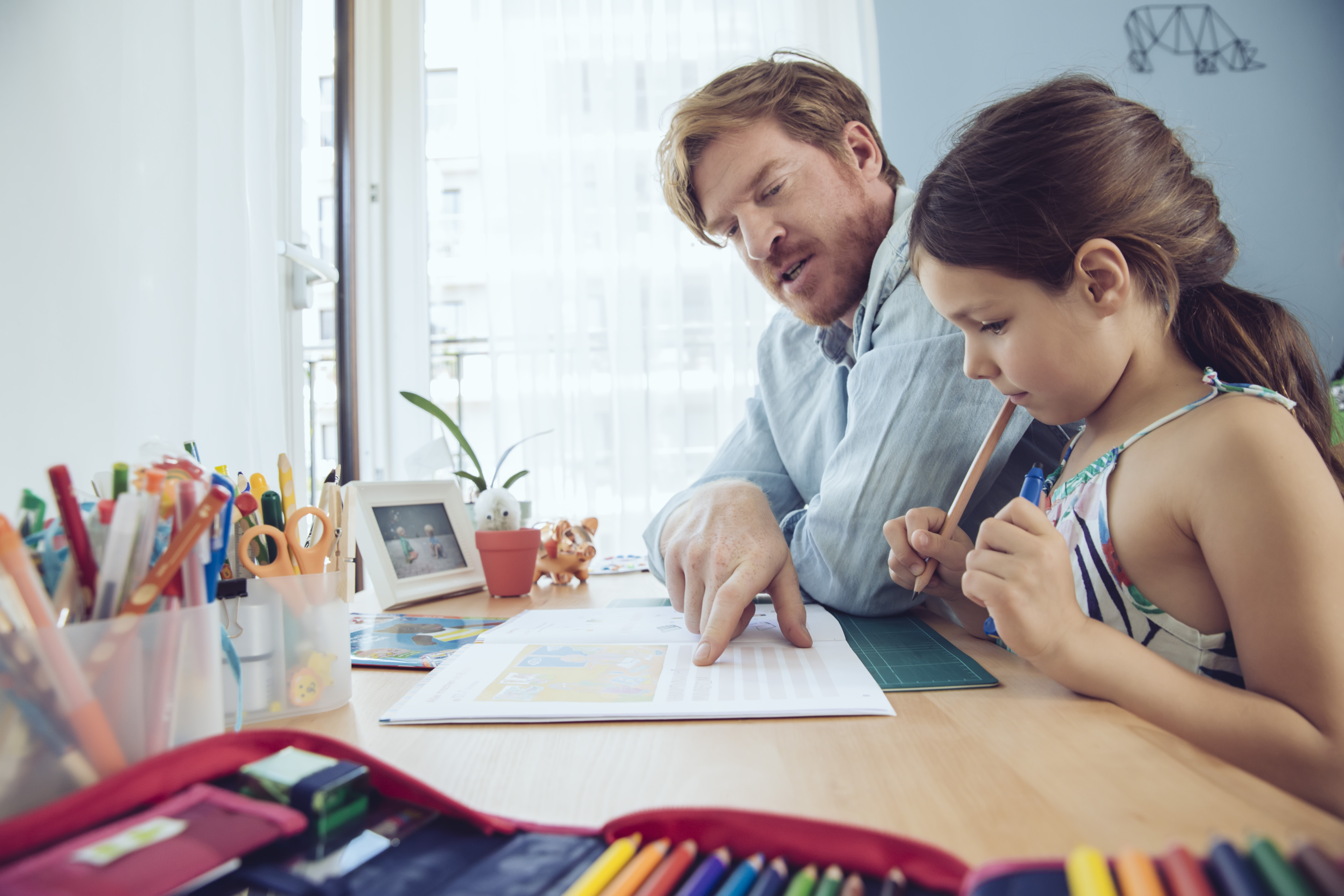 MEGHAN and Harry are reportedly on the hunt for the perfect carer for their baby. A source said: “They are keen to explore the ­possibility of a male nanny.”

Meghan may now be a part of a British institution, but she is a California girl at hear and, according to sources, “favours an American over a Brit”.

Whoever gets the job, they will be handsomely rewarded, with a salary of up to £70,000 per year, depending on ­experience. 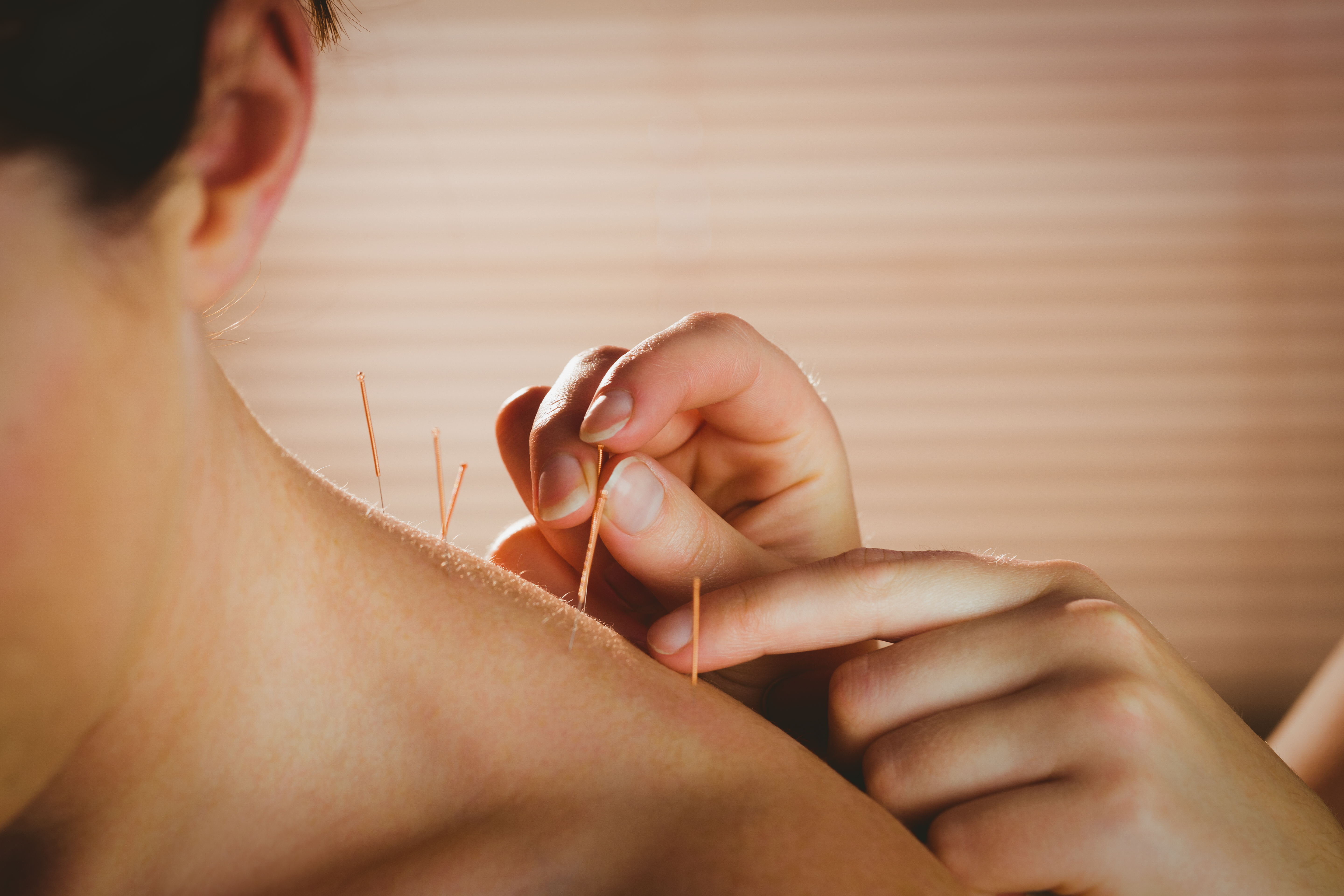 MEGHAN is apparently readying herself for her baby’s arrival in multiple holistic ways, including using acupuncture, enlisting the services of a doula and practising natural birth techniques.

These include “hypnobirthing”, also used by Duchess Kate. It aims to reduce the pain and duration of labour through deep breathing, relaxation and visualisation. 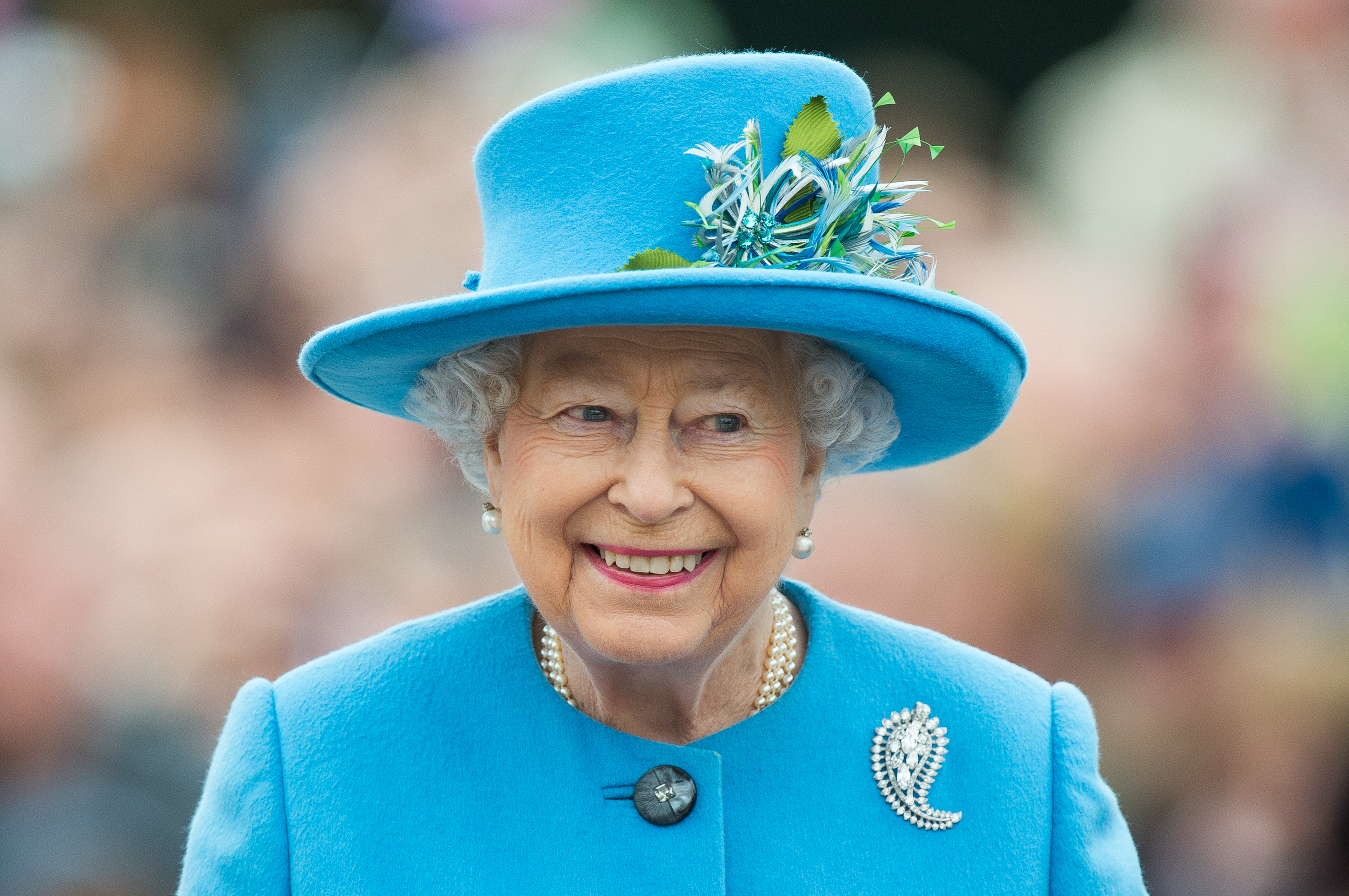 THE child will be seventh in line to the throne, behind his or her father, and will remain ahead of any other children Harry and Meghan have in the future, regardless of their gender.

But he or she won’t automatically be a prince or a princess – unless the Queen steps in. A 1917 ruling limits the title to direct heirs.

So even Princess Charlotte and Prince Louis weren’t automatically given their titles, but the Queen allowed it. 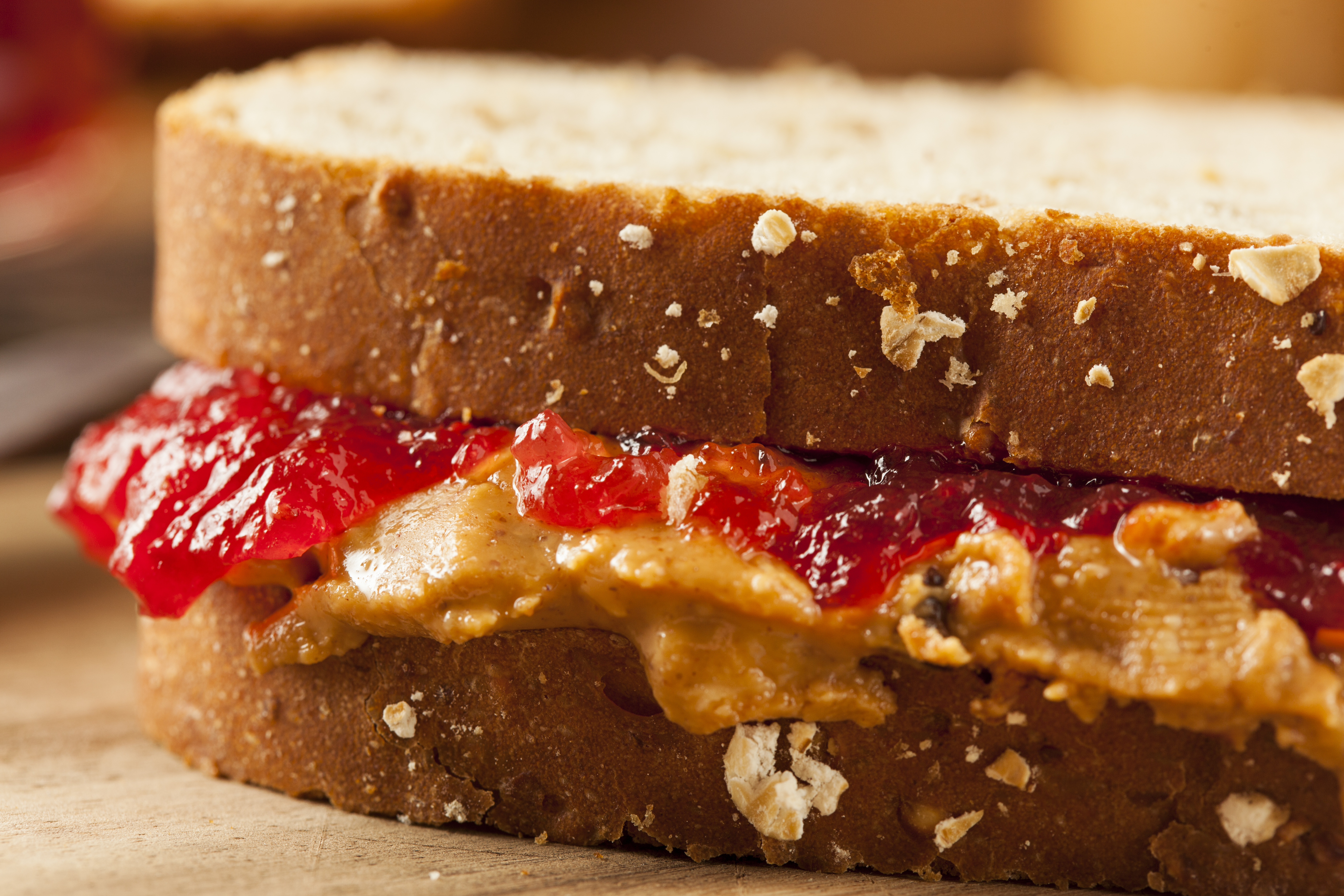 MEGHAN'S pregnancy cravings are as American as she is – peanut butter and jelly (or “jam” as we Brits call it) sandwiches, or a PB&J. 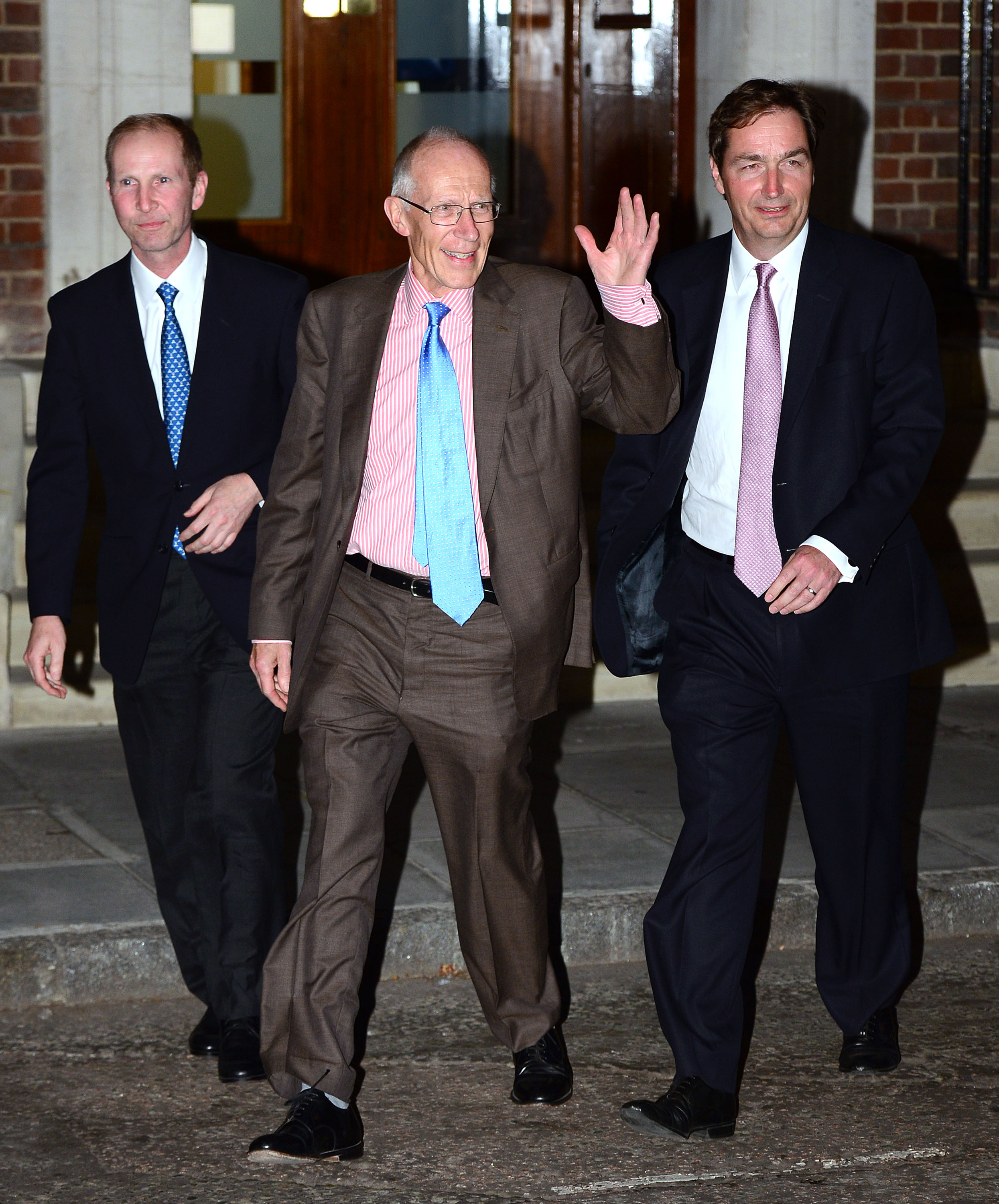 MEGHAN has said she doesn’t want the “men in suits” attending her labour, referring to the royal household gynaecologists, who were present for Kate’s births.

Instead, she has chosen her own birthing team, including a female doc. 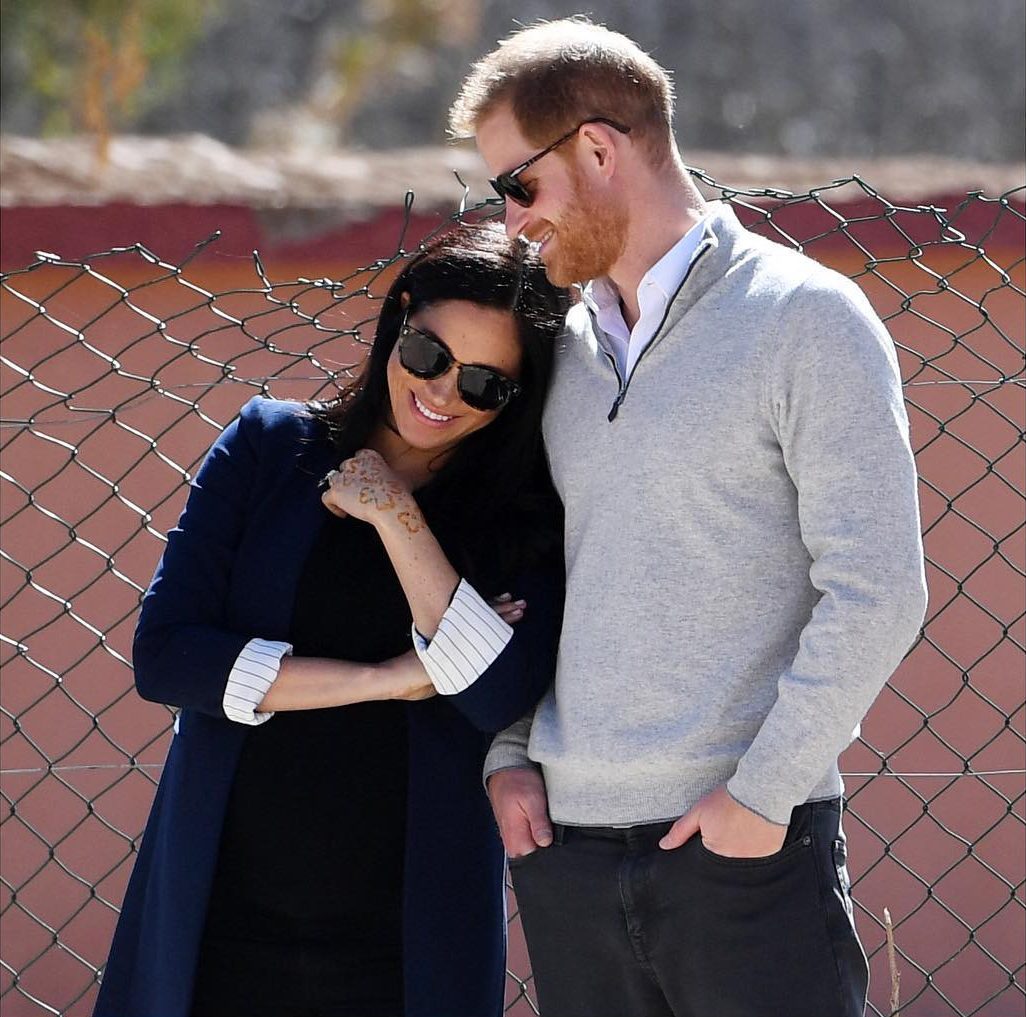 THERE is a strict protocol that Meghan is meant to follow after the birth. She must keep the gender a secret and the Queen must know about the birth first after the royal couple.

Next, an official statement should be posted on websites such as royal.gov.uk and sent out to media outlets.

The Royal Family will also use the official Kensington Palace Twitter account to announce the arrival. Traditionally, the name is announced in the days following the birth. 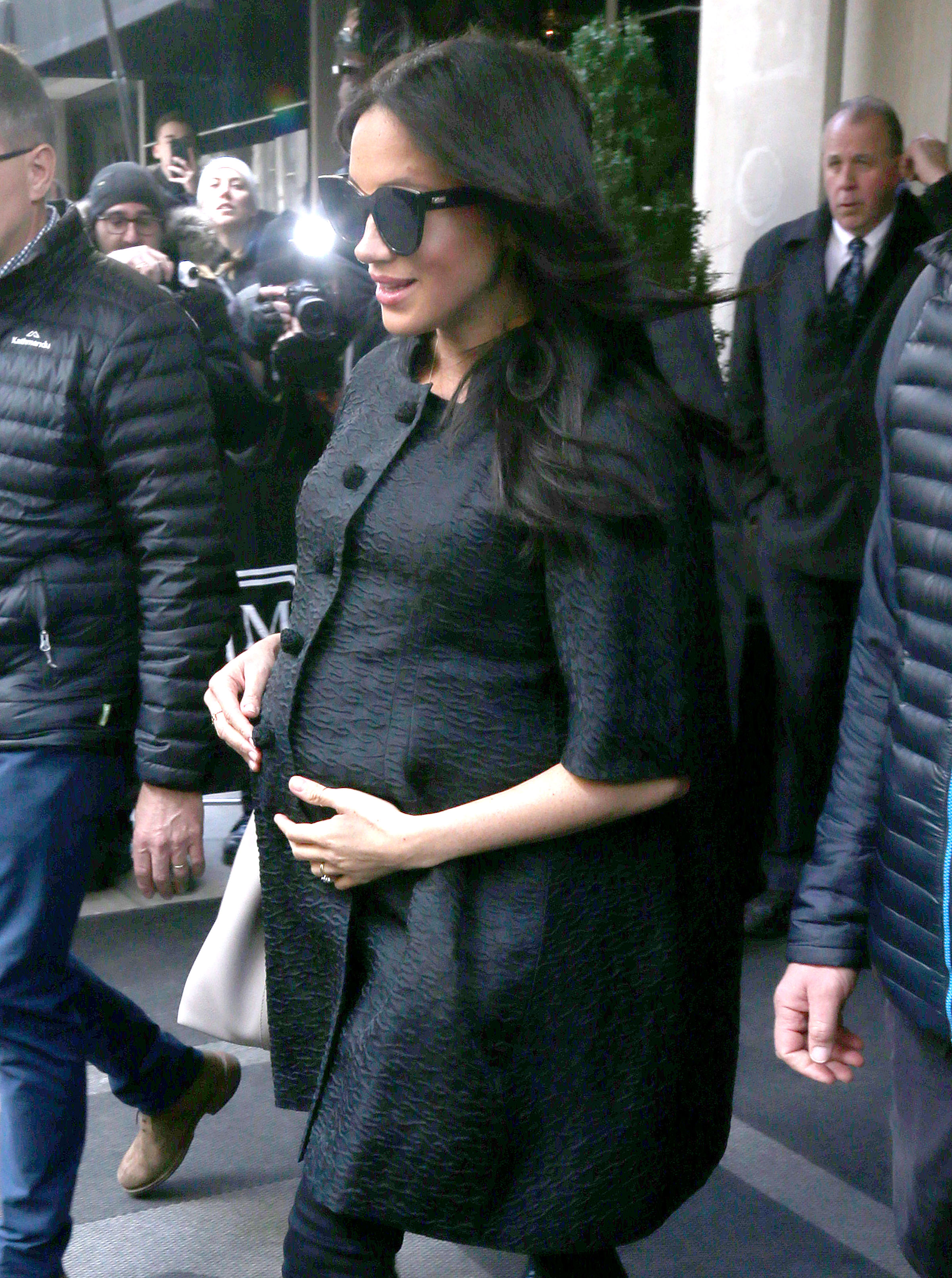 MEGHAN'S baby shower was more of a tidal wave, costing around £300,000 for her celeb-filled jaunt to New York. 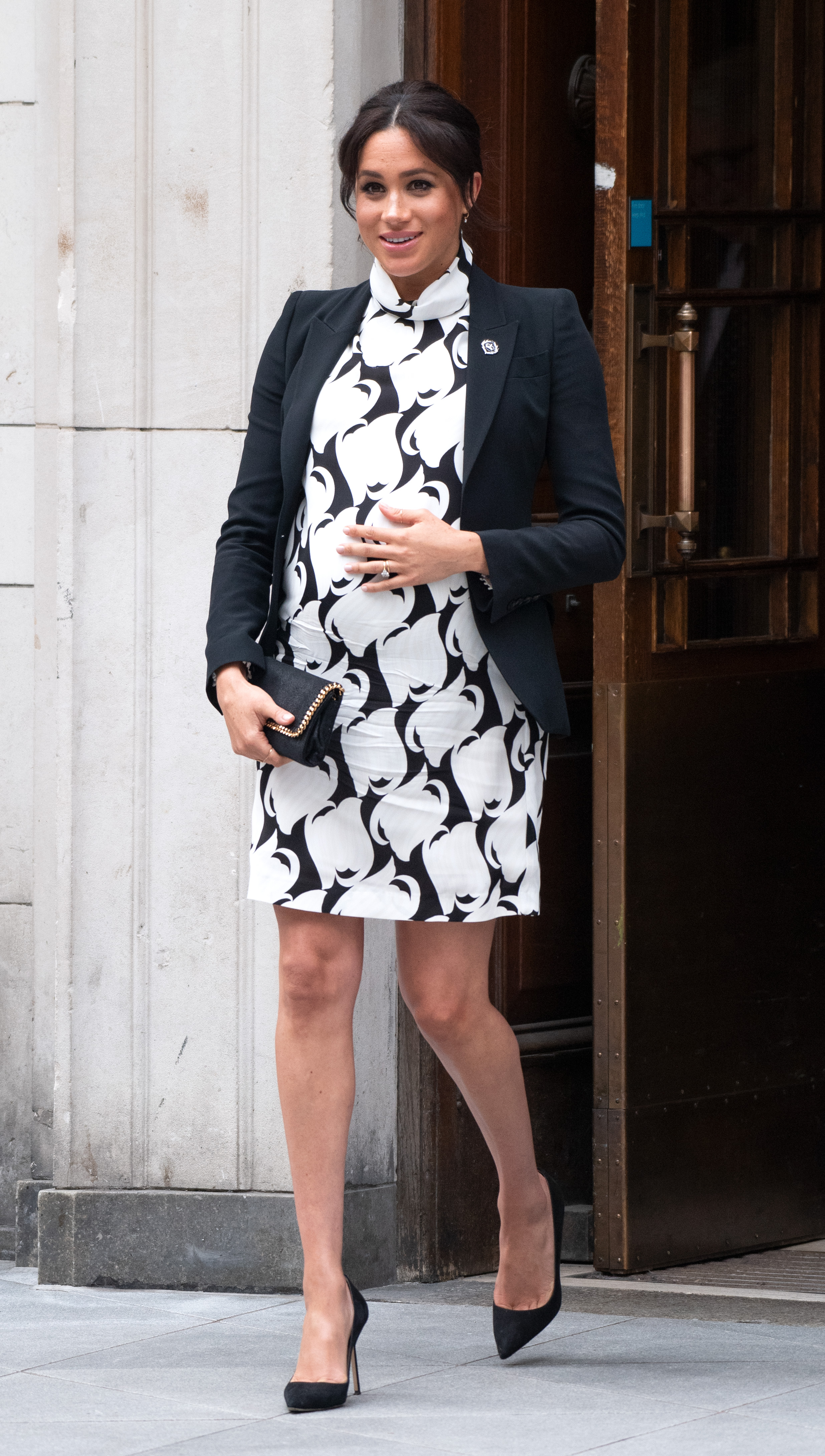 FASHION fans have been glued to Meghan’s maternity wardrobe, which has cost as least £144,000 and included designs from Dior, Erdem, Amanda Wakeley, Givenchy, Calvin Klein and Roland Mouret.

T is also for Tiara. Meghan has been banned from wearing Diana’s old jewellery and was told not to wear a headpiece for an engagement in Fiji as Prince Charles believed it would look “too showy”.

U: Uncle George (and Aunty Amal) 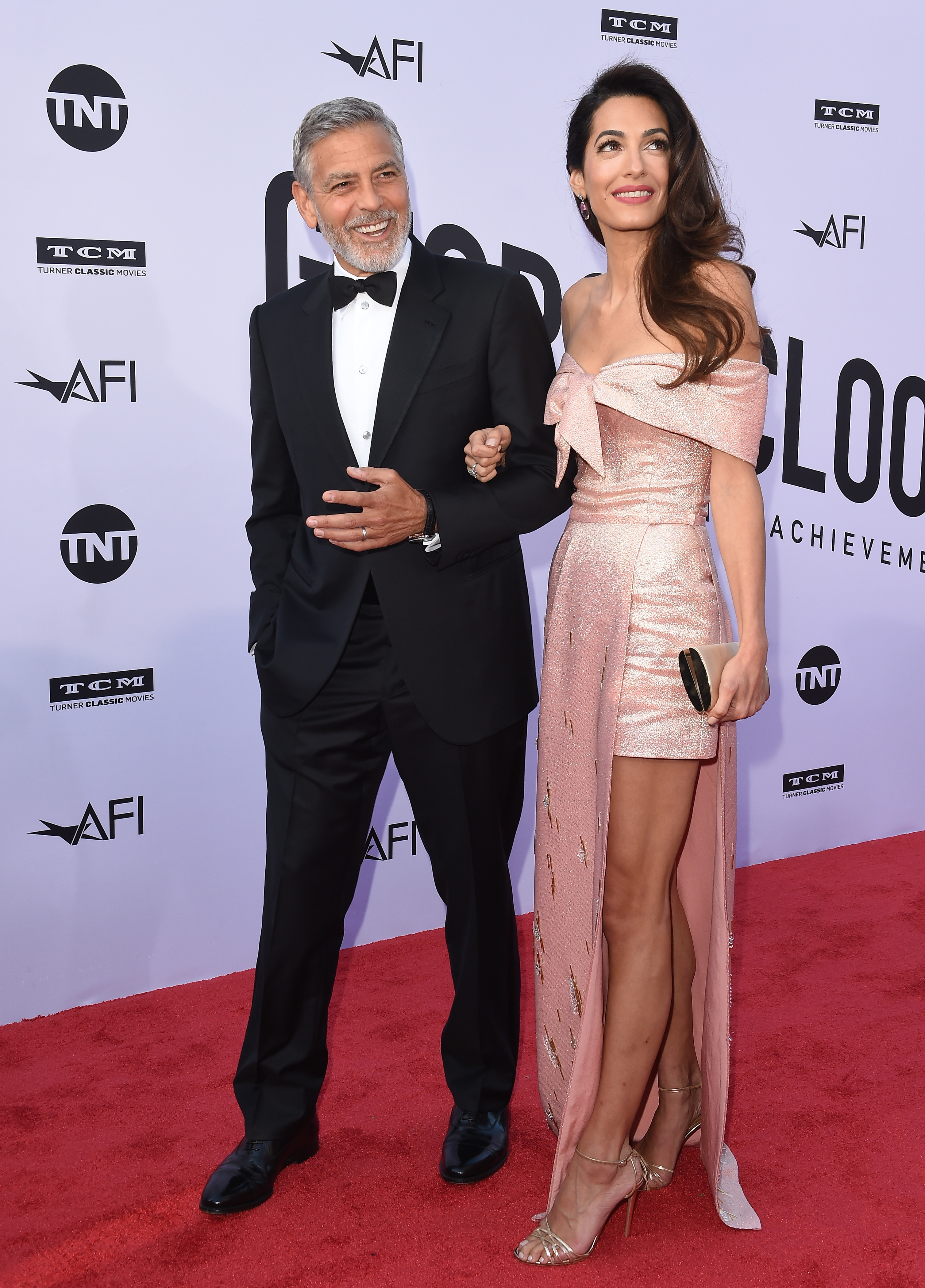 THE actor and his wife are sure to be among the child’s first celebrity visitors. One might even be a godparent.

Hollywood star George has joked about it, but said he has “enough s**t to deal with,  literally” with his own young twins. 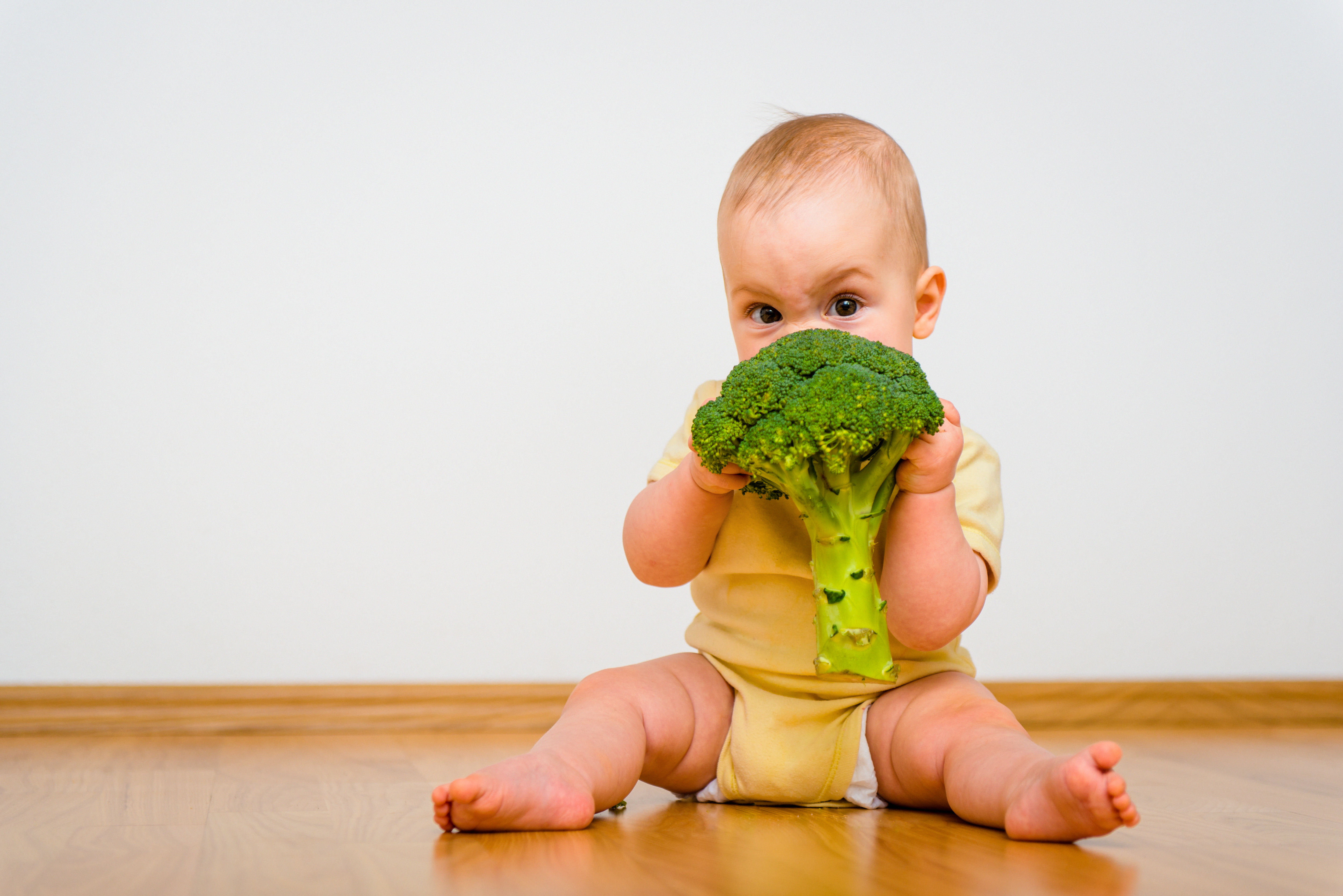 REPORTS from Woman’s Day magazine suggest the couple want to raise their child on a vegan diet, which Meghan follows during the week but relaxes at the weekend.

Apparently, this will “not be tolerated” by the Queen. The nursery has, however, been decorated with non-toxic, gender-neutral paint. 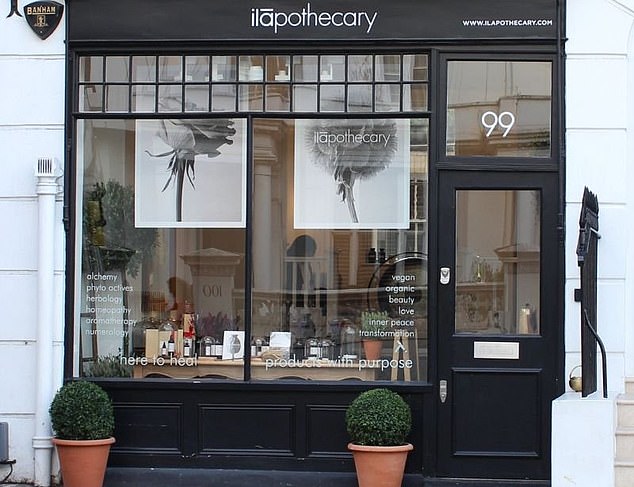 THE royal parents-to-be spent two and a half hours at the Ilapothecary wellness centre in West London this month. 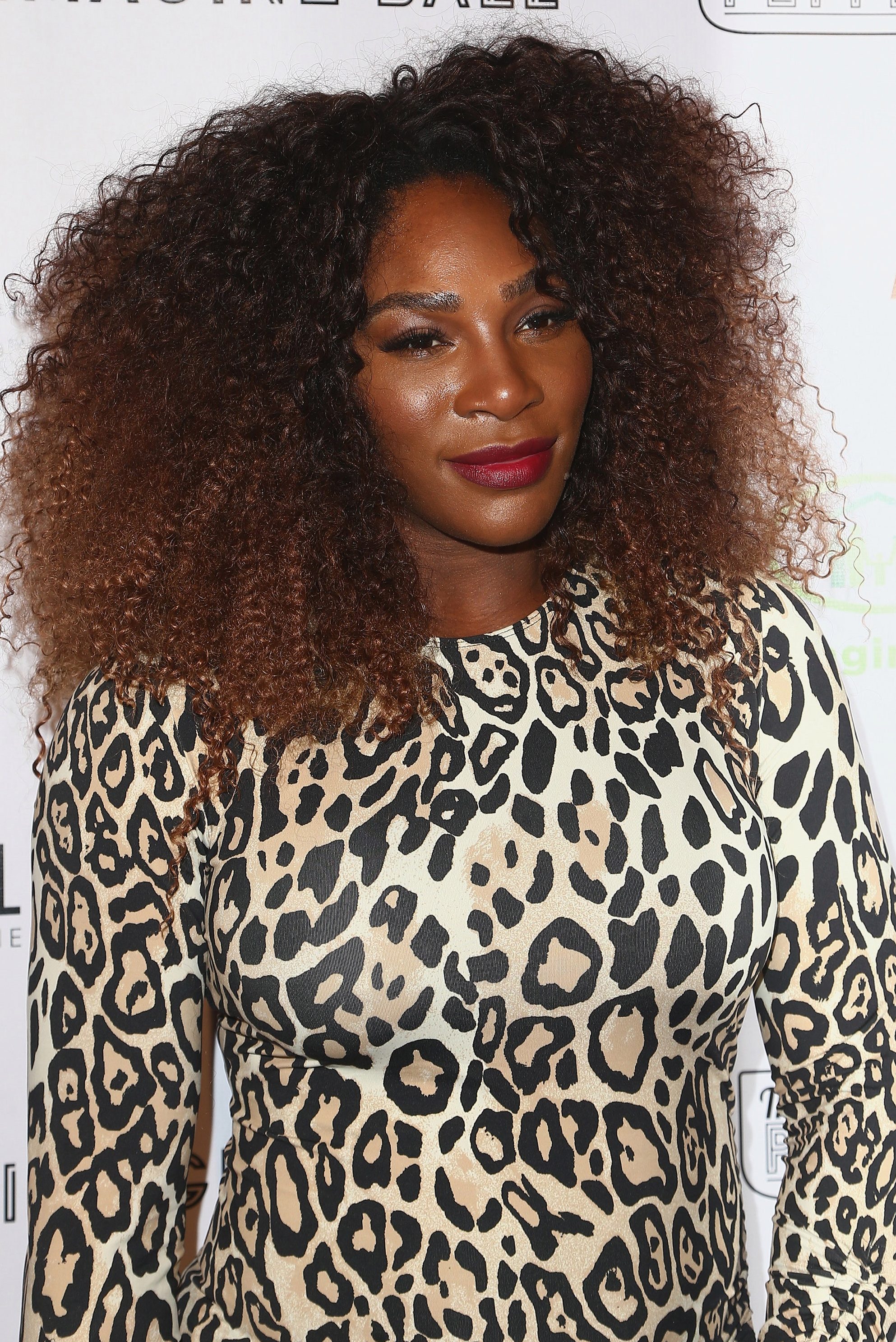 THE rumour mill went crazy two weeks ago when Meghan’s pal, tennis ace Serena Williams, commented on an unnamed friend who is pregnant and referred to that friend’s unborn child as a “she”. 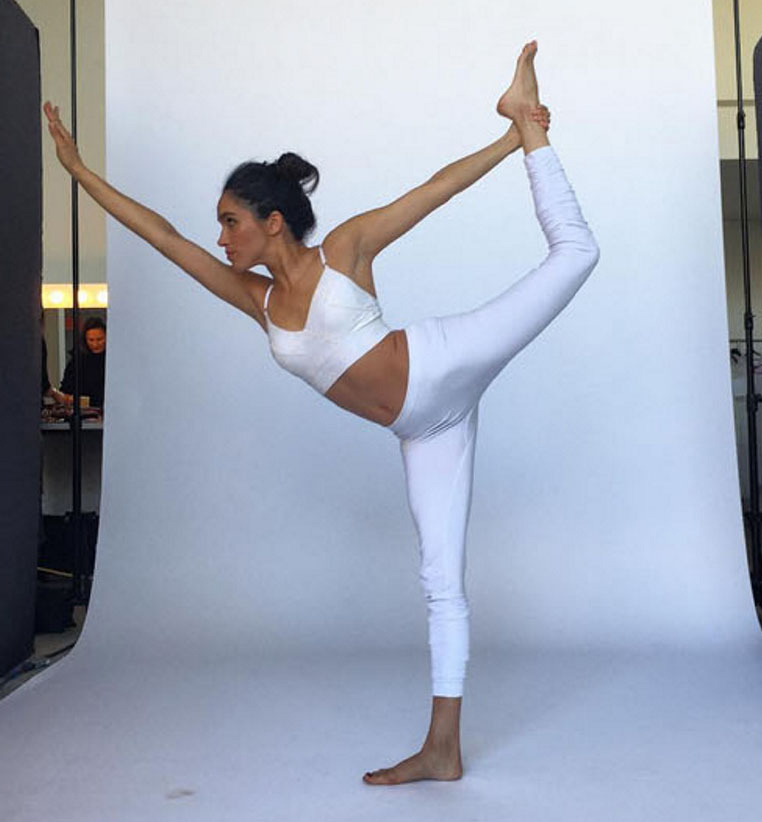 RENOVATIONS to their new home at Frogmore Cottage have included the installation of a sprung floating floor – the type that can be found in many yoga studios.

Meghan started yoga when she was seven years old, and it is thought she has continued her regime to keep toned in pregnancy. 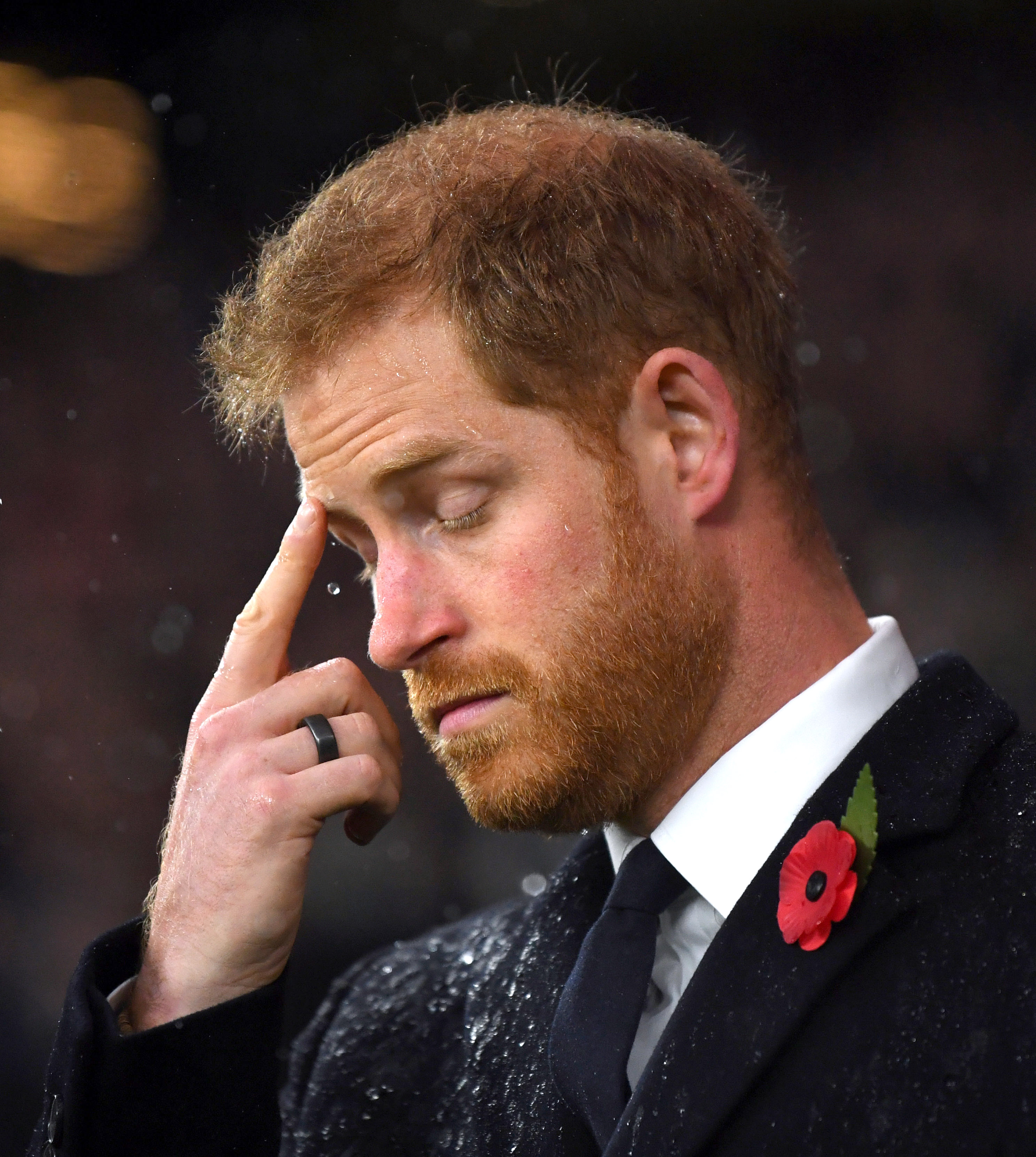 HARRY seems to be worried about sleepless nights – as he quizzed a mum about her baby’s night schedule during a visit to the YMCA in Ealing, West London, earlier this month.

Don’t worry Harry – your mother-in-law Doria is flying in to lend a hand. And with all your partying days experience, you should be used to a lack of shut-eye.