A PRETTYLITTLETHING shopper got more than she bargained for after buying a dress which made her look like ‘a sack of potatoes’.

Charlotte Walsh, from Keighley, West Yorks, splashed out £22 on a smock sweater dress, in black, from the e-tailer. 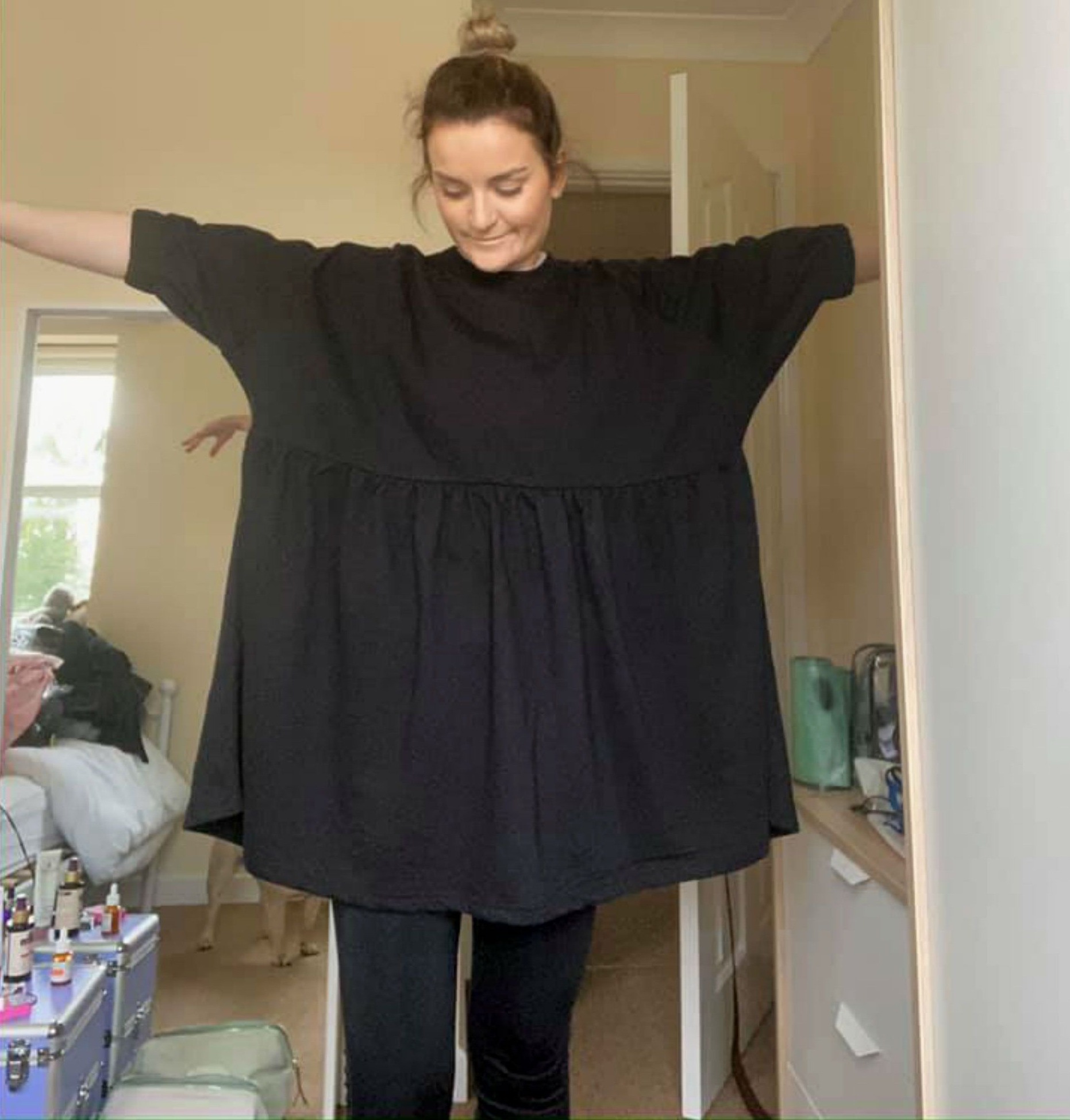 She picked up the dress in a slim size eight, but was shocked when she was swamped after trying it on.

The 25-year-old shared hilarious snaps of herself wearing the supersized frock to Facebook, captioned: “Online vs reality. Both wearing a size 8.”

The model, also wearing a size eight, is rocking the loose-fitted look, but Charlotte was confused after her outfit looked as if it used double the material.

She even double checked the tags and the label to ensure she'd been sent the right size. 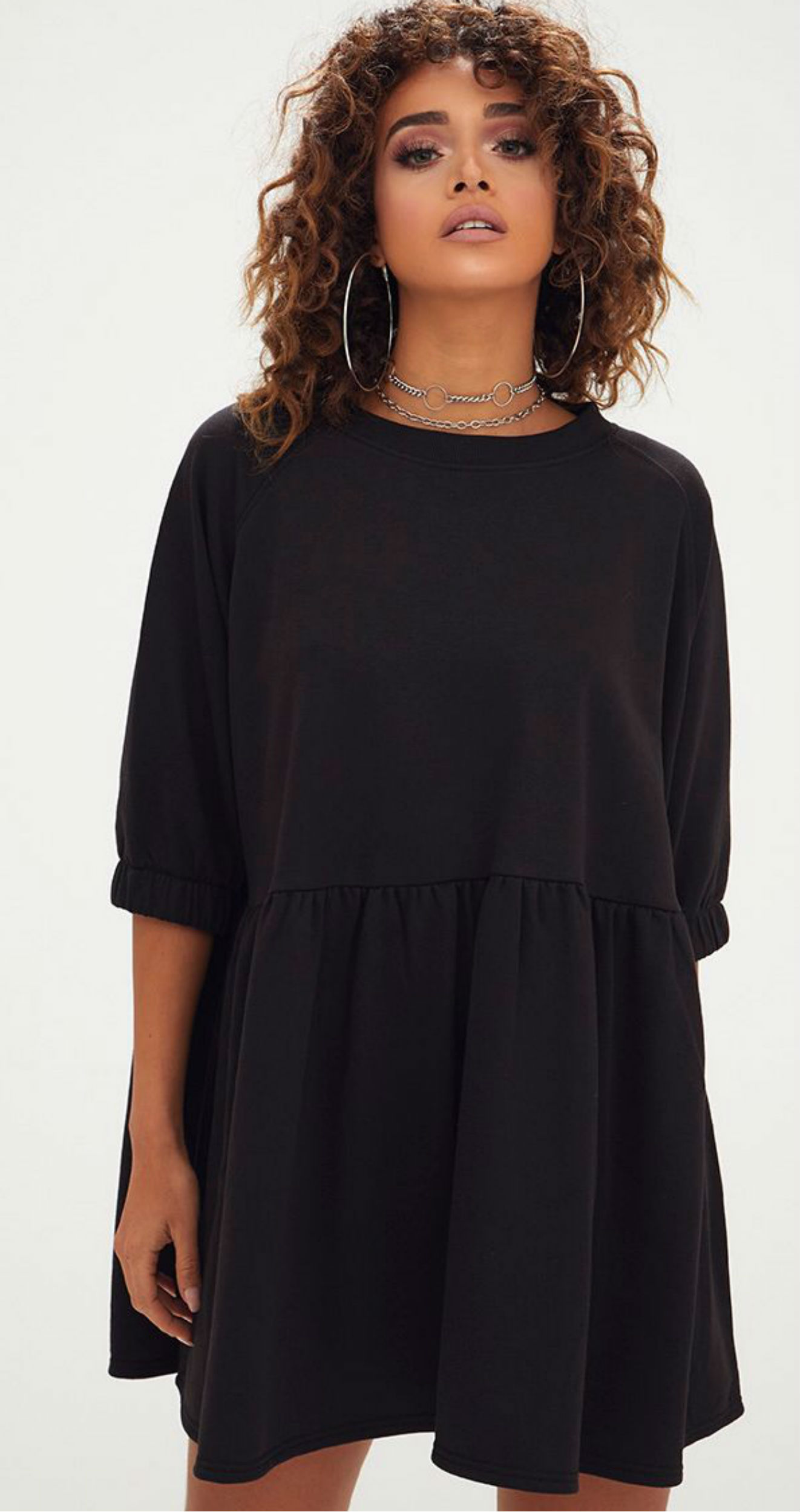 Charlotte was able to fold the dress in half and have it still fit her perfectly as so much excess material had been used.

Clearly caught out by the perils of online shopping, Charlotte said: “It was meant to be an outfit for a new job I start on Monday.

“Usually I have no issues however there were a few more dresses I bought which were also bad but not as bad as that. 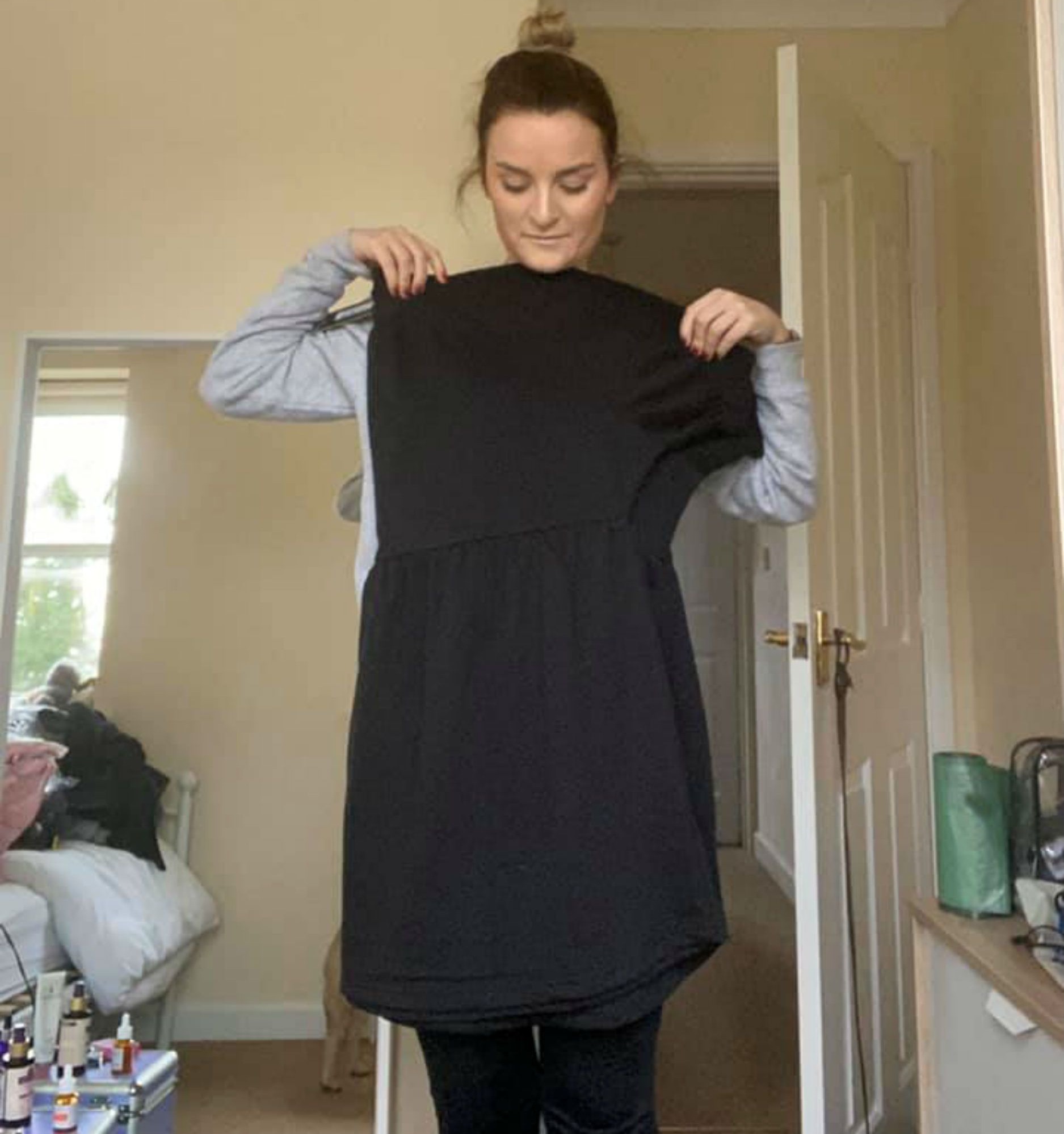 “My friend joked that this weekend we would all look beautiful in it together.

“Of course I sent it back, I wasn’t going for the sack of potatoes look."

Despite being disappointed with her purchase, she did admit she "had a good laugh" when she opened it." 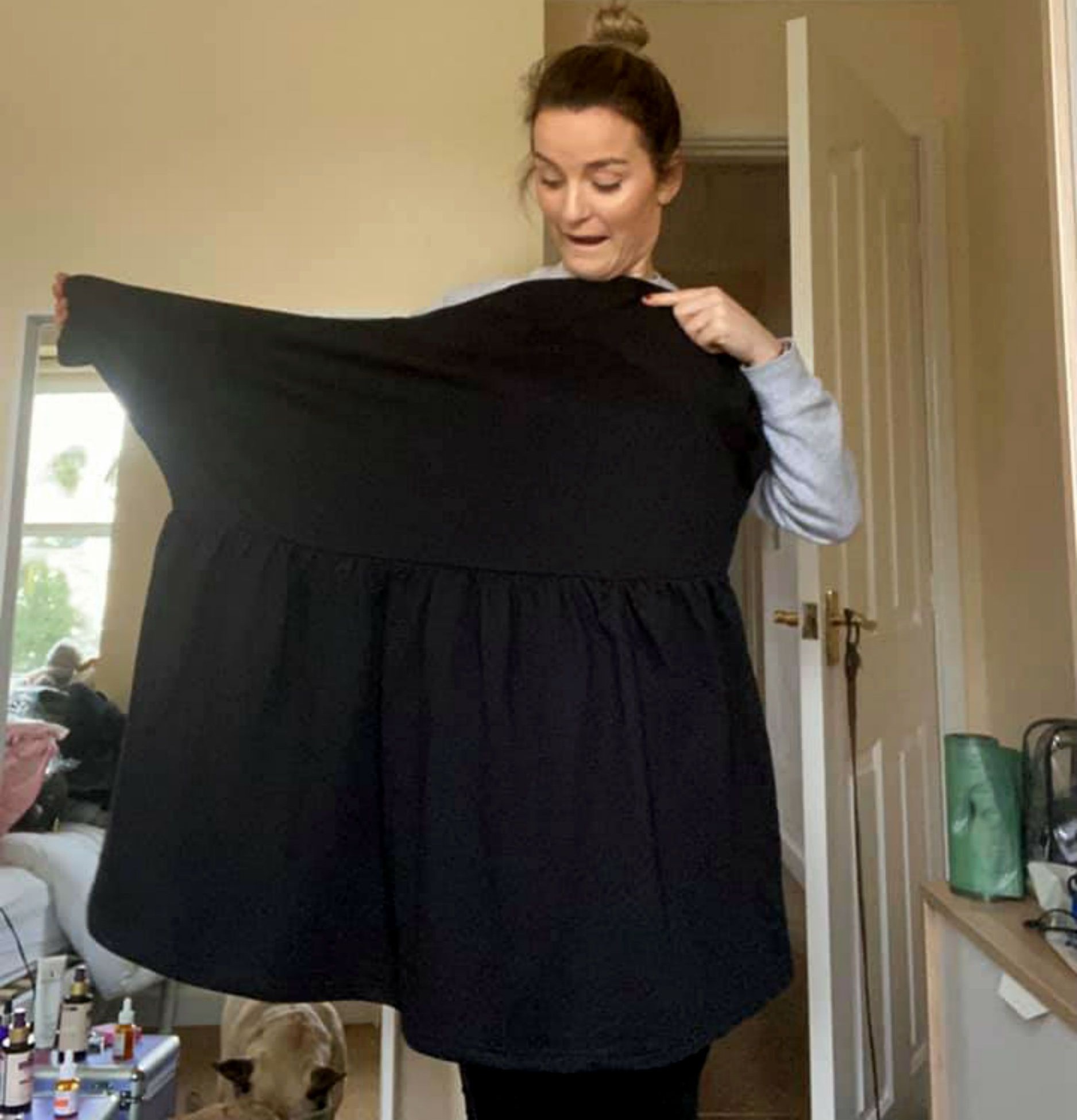 The website describes the dress as: "Perfect style up or down, this hella cute sweater dress is a serious staple piece this season.

"In a smock silhouette, style it down with box fresh kicks or up with your killer sock boots. "

After modelling the catastrophe online, Charlotte'spost racked up hilarious responses, with one person commenting: “Belly laughing over here.”

While another wrote: “You need to post this as a review on top.”

While this person joked: "Cinches you right in at the waist."

Fabulous Digital has reach out to PrettyLittleThing for a comment.

Meanwhile TK MAXX is selling furry high heels and disgusted shoppers are asking ‘how many Muppets they had to kill’ to make these.

Plus there's a secret Schuh discount website lets shoppers snap up shoes by brands including Adidas and Converse for up to 70% off.

And this mortified woman splashes out on a dress with waist cut-outs – but it doesn’t even cover her boobs.

I was so excited to go for a date with a guy who had a BMW, he promised me a flash meal… I couldn’t have been more wrong