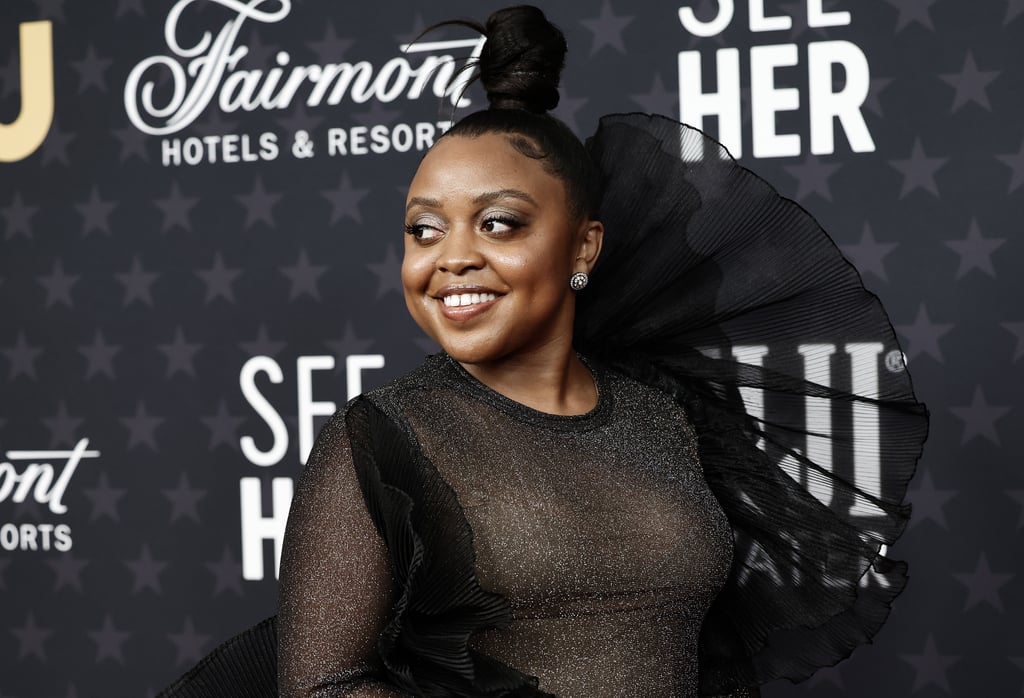 Quinta Brunson was hard to miss at the 2023 Critics’ Choice Awards. The star arrived on the red carpet in a shimmering black Robert Wun gown featuring oversized ruffles fanning out by her shoulder and running all the way down the length of the dress. The juxtaposition of the nearly sheer material against the structure of the tulle ruffles made Brunson a true standout. And deservedly so: “Abbott Elementary” has the most television nominations at the award show, and Brunson herself is nominated for best actress in a comedy series.

To top off her bold look, Brunson’s stylist Bryon Javar chose delicate diamond earrings from Amrapali Jewels and Stuart Weitzman shoes. Brunson’s makeup artist described her look as “modern space age glam,” while her hair was pulled into a sleek bun, and she had on gunmetal chrome nails.

Brunson wore a pink tulle Christian Siriano gown to the Golden Globe Awards earlier in the week. She wore a metallic gown with a thigh-high slit to the 2022 Emmys and a whimsical rainbow feather dress at the ESPYs. See photos of her latest red carpet look ahead.

Which celebs have had boob jobs? From Cardi B to Vicky Pattison and Olivia Attwood