We have had culture wars about hijabs and flags and now we are having a culture war about razor blades. Battle has been joined over an advertisement by shaving products company Gillette which has been watched by an incredible 24 million people on YouTube.

The  advertisement, more like a short film, begins by showing men looking sadly into the mirror  and then shows footage of a Gillette ad from 30 years ago which, in the spirit of that era, celebrated male physical strength and hinted with its slogan "the best a man can get" that the razor blade could help in "getting" women.

The film then switches to scenes of men dealing first badly and then well with examples of bullying, sexuality, violence and parenthood. The conclusion invites men to join the company in promoting "the best a man can be" via a campaign which donates to various worthy causes. 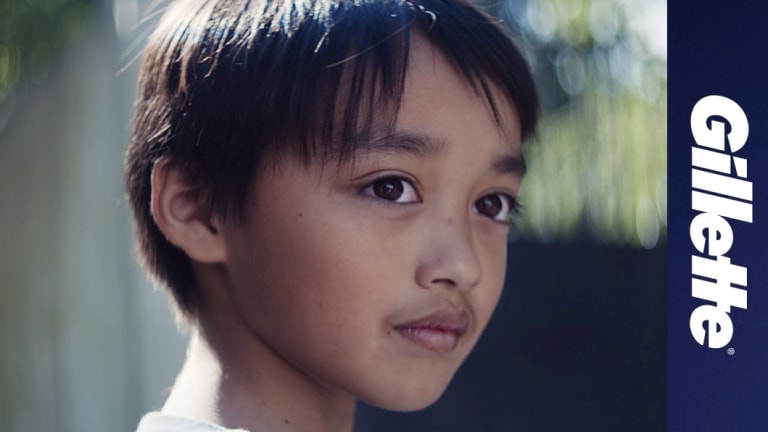 Gillette and its parent company Procter & Gamble must be delighted with all the attention. It must hope it leads male hipsters to identify with the Gillette brand and perhaps shave their trendy beards more often. Women in supermarket aisles may turn to Gillette personal care products for themselves or, if they still do the family supermarket shopping, for their husbands.

Yet both conservative "men's rights" commentators and also some feminists have taken umbrage at the ad.

It is hard to see what the fuss is about. The issues of sexual politics which the campaign evokes are part of the public debate and play out in the pages of the Herald every day.

Yet for some reason this campaign has touched a nerve, perhaps because recent events such as the #MeToo campaign and the scandals of Donald Trump have raised the profile of the debate.

Since the target market is presumably men who shave and not young boys, the ad probably won't screen in daytime time slots or be placed on boys' social media feeds. In any case, young boys already see scores of ads  glorifying male strength and  sexual objectification of women so it should not be a concern that this one ad gives a different perspective.

Feminists, on the other hand, have questioned the commercialisation of an important message and the exclusion of female voices from the ad. Again this is still a lot better than many ads and it is hard to attack Gillette for tailoring its message to its target market.

Ultimately this ad only makes explicit a theme that is implicit in many ads. Men today are questioning the stereotypes they grew up with. The Tourism Australia ad for the 2018 Super Bowl featured actor Chris Hemsworth smiling indulgently at Crocodile Dundee's daggy son who wants to be an outback hero like his dad but cuts himself shaving with a crocodile knife.

Sophisticated consumers want ads that reflect the complexity of the modern world. The Australia Day lamb ads in recent years have mocked everything from white settlement to the culture wars. Last year's lamb ad  mocked culture warriors themselves, presenting the left and right gangs disrupting an Aussie barbecue by dancing  like the Sharks and Jets from the Broadway musical West Side Story. We cannot wait for this year's ad.

Weight loss: I lost 10st because being fat meant I could only do one sex position – all the rest hurt my knees – The Sun

Meghan Markle & Prince Harry ‘had the world as their oyster’ but they ‘blew it as Meghan wasn’t happy’, insider says