Sailor Brinkley-Cook definitely got it from her mama! Christie Brinkley’s daughter stunned in a recent beach photoshoot.

Sailor Brinkley-Cook, 23, may be Christie Brinkley’s daughter but she definitely channeled Pamela Anderson in a Baywatch-inspired photoshoot that she shared with her fans on Instagram on Tuesday, Jan. 11. The model stood on a rock in the middle of the ocean in front of a beautiful blue sky backdrop as she showed off a barely-there red bikini top and matching bottoms. Her modeling skills shined through as she nailed a different pose for every shot.

In the first snap, Sailor grasped onto her dirty blonde ponytail. As the shoot carried on, she threw her arms up in the air, looking completely in her element. By the last section of pics, she embraced her fun side by throwing in a kick while still managing to balance on those rocks. Many fans and friends flocked to the comments section to praise the sexy look including model Patti Hansen.

Sailor previously blessed her fans with bikini pics while on a trip to the Turks and Caicos this time last year. She rocked a super sexy animal print cut-out one-piece swimsuit as she posed on the beach. The Sports Illustrated model also shared a glimpse into her spring break trip in April 2021 where she wore a high-waisted white bikini with black drawings of a woman’s body on it as her hair flowed in the wind.

The former Dancing With The Stars contestant is the daughter of Christie Brinkley and architect Peter Cook. Even though her parents’ marriage ended in a salacious affair during which he cheated on Christie with his 18-year-old assistant, she is still close with both parents. She also gets along with her step-sister, Alexa Ray Joel, whom Christie shares with Billy Joel. Sailor was present for the singer’s 36th birthday along with her mom and other step-sibling, Jack Paris Brinkley Cook. 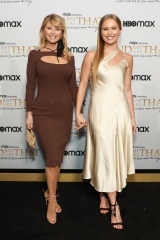 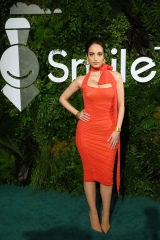 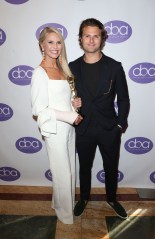 Sailor proved she has her mother’s talents when she replaced her on Dancing With The Stars following a hip injury. Sailor didn’t have easy shoes to fill since her mother has had a stint on Broadway in 2010. The actress recently weighed in on whether she’d reprise her role as Roxie Hart in Chicago. “I doubt it! I mean, I never say never, because you never know. You never know, but it’s a real commitment and a rigorous schedule,” she told HollywoodLife EXCLUSIVELY.

The 5 Most Popular Clothing Purchases on Amazon Last Month, Including a ‘Dupe’ for Spanx’s Leather Leggings

2020 Is the Year of Sweatshirts, and These Are Our 21 Favorites