AN UNIMPRESSED shopper has hit out at Boohoo after receiving a VERY wonky playsuit from the etailer.

She had purchased the Basic Cami Wrap Playsuit which is currently down from £10 to £7.50 on the website – however, what she received was a far cry from what the model wore.

Taking to Twitter, the woman wrote: “@boohoo_cshelp can’t believe this, opened up this playsuit and this is how it’s been made…completely wonky wtf.”

In the picture the woman poses in the pastel blue all in one revealing that one leg of the shorts is much higher than the other.

The company has yet to respond to the shopper who has since followed it up with a second tweet.

She said: “Are you just going to ignore me or actually reply?” 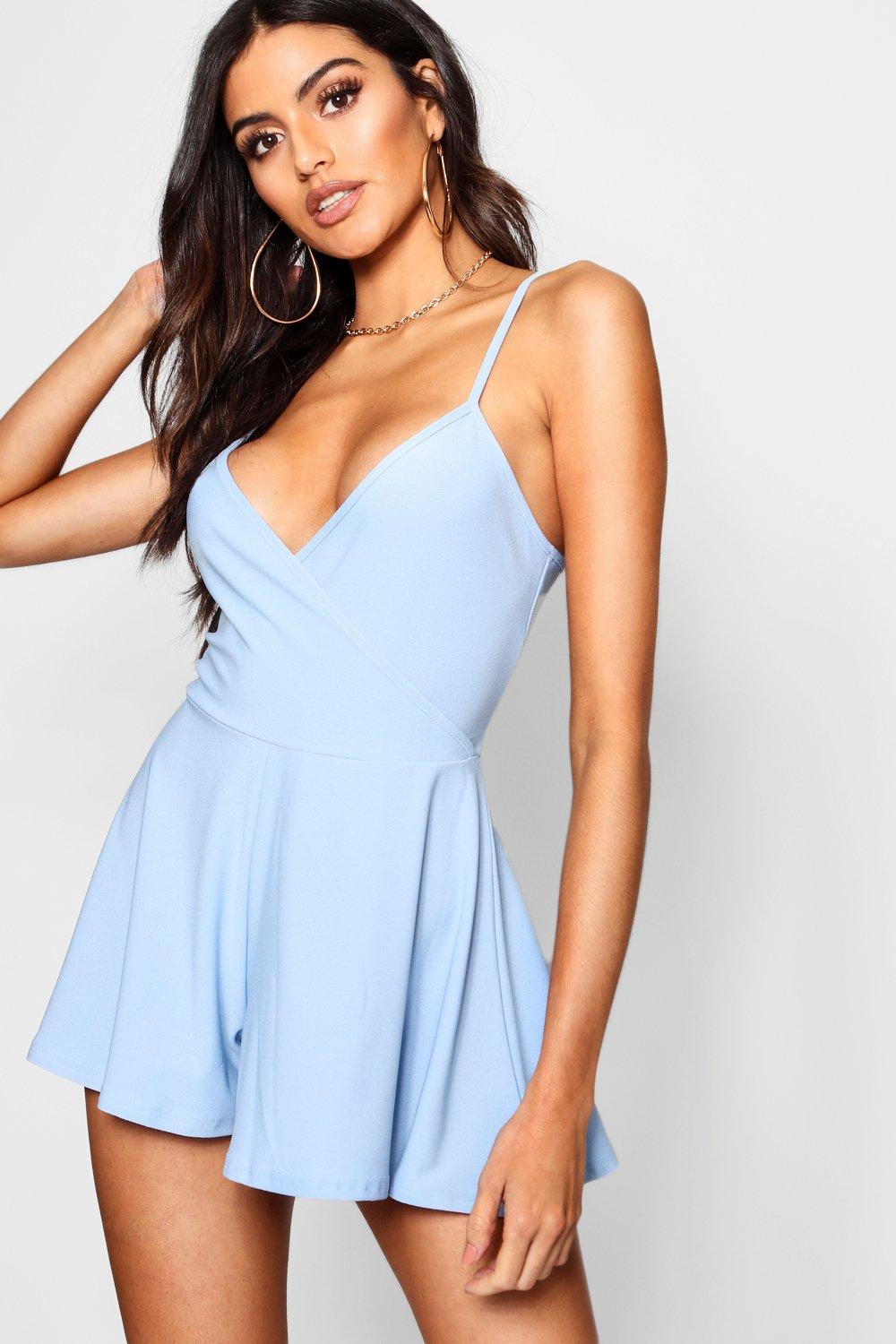 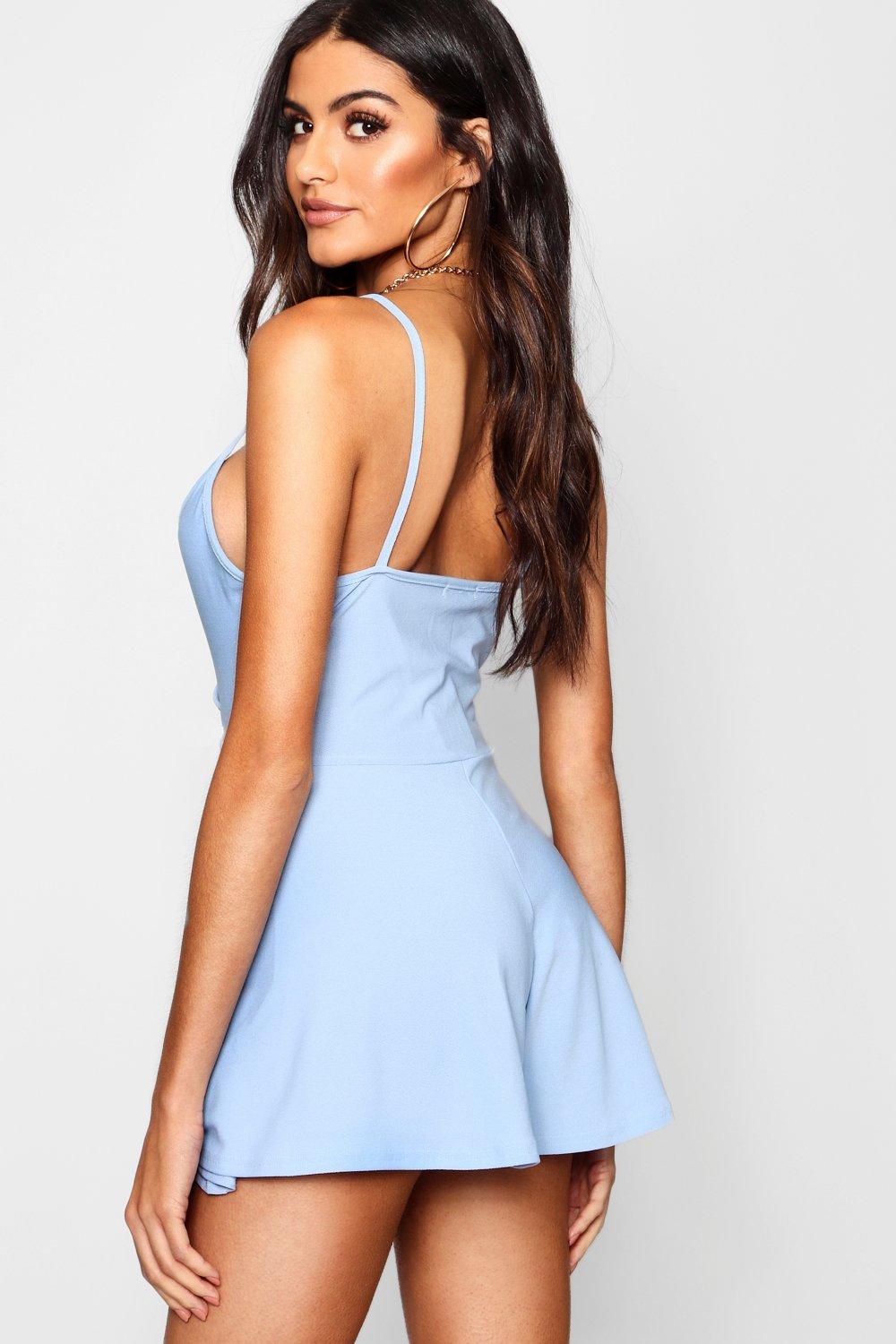 In a third tweet she ranted that the playsuit had not been the only disaster in her order from the online fashion giant.

She tweeted: “Now I remember why I haven’t shopped on boohoo for 2 years…spent £70 and don’t like a single thing.”

This is not the first time that Boohoo has been guilty of a boob.

Last month we told you about the store was ridiculed online for a posting a photo of a model wearing a skimpy mesh bralet – with no nipples.

The e-tailer uploaded an outfit to its Facebook page showing a woman wearing hot pants, thigh-high boots and a metallic bralet. 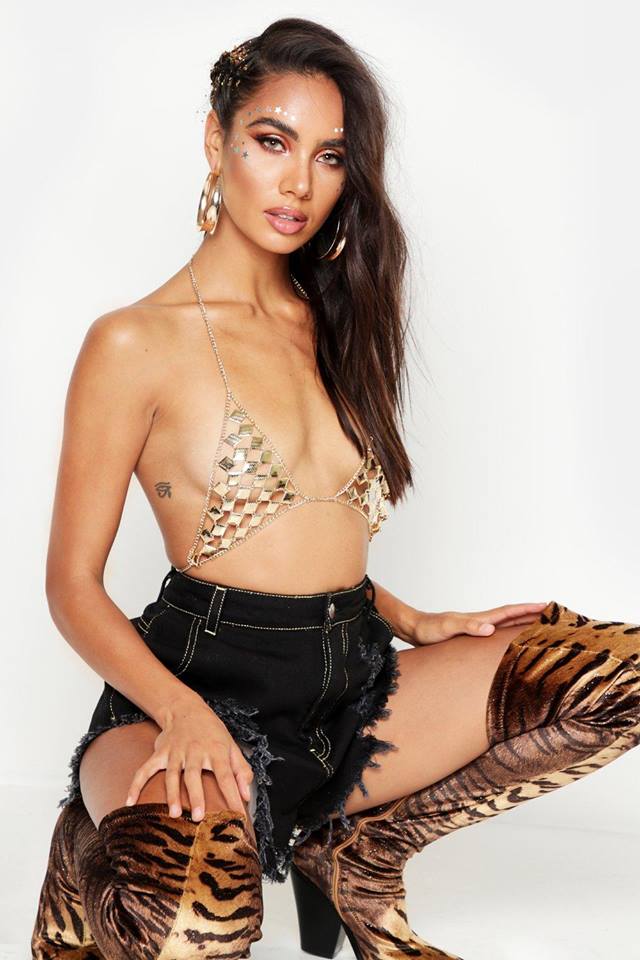 The image has racked up more than 10,000 comments – and most of them are from people asking where the model's nipples have gone.

The Diamond Triangle Chain Bralet leaves little to the imagination, but despite its breezy design the model seems to be protecting her modesty.

The Diamond Triangle Chain Bralet leaves little to the imagination, but despite its breezy design the model seems to be protecting her modesty.

In other fashion news Topshop is selling extremely high-cut swimsuit which shoppers say looks like it's been worn the "wrong way round."

And Fashion Nova is selling a neon thong bikini with plastic straps that leaves VERY little to the imagination and shoppers say it's "made for strippers".

Plus shoe condoms are the must-have item for festival season as they promise to keep your precious white trainers pristine.

Miley Cyrus Likes These Designer Logos So Much, She Wore Them All at Once