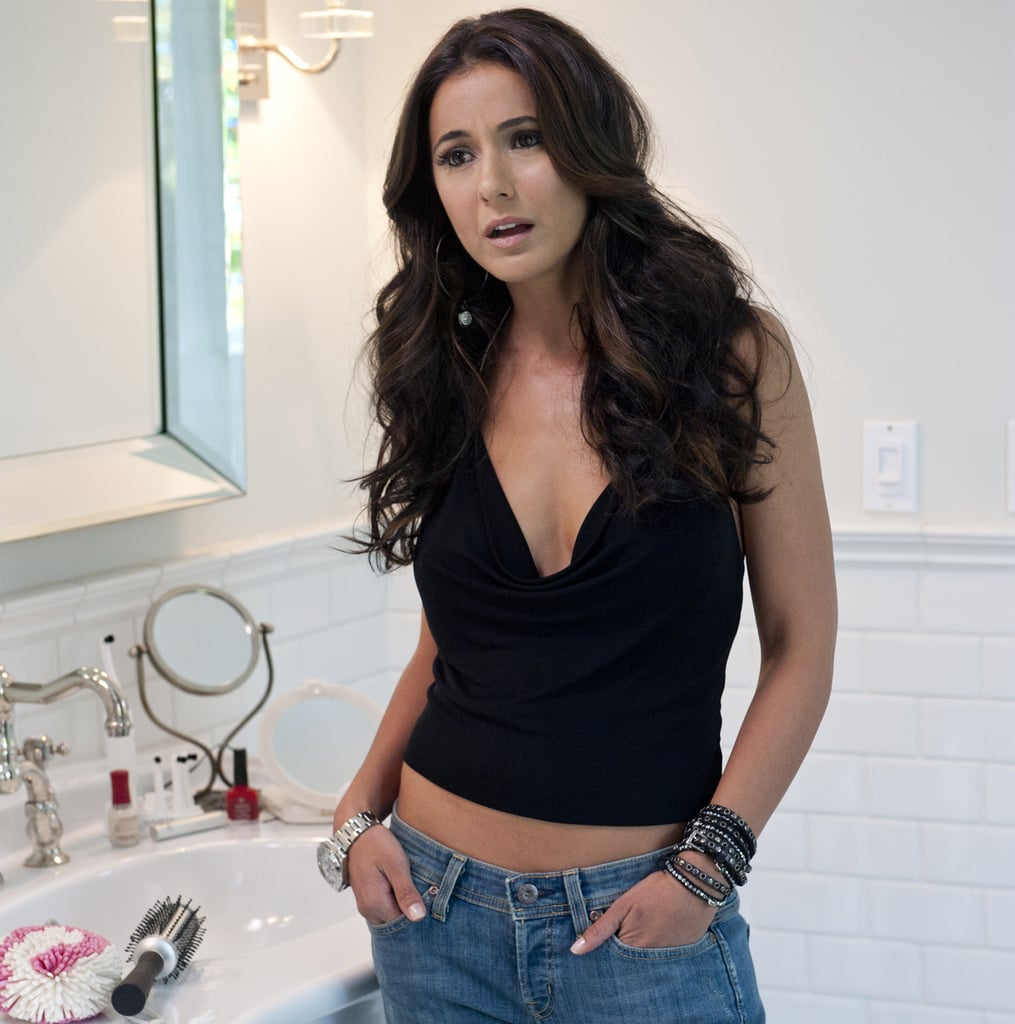 Sloan From Entourage Is Everything I Love About Early 2000s Style

If you’re wondering which old HBO TV series you’re going to binge next, you should probably start with Entourage. That was the spontaneous decision my fiancé and I made as we sat down to dinner one night a few weeks back. And now here we are: eight seasons through — well, twice over, since we both initially watched the show when it aired in the early 2000s — and I have decided to overhaul my entire closet and shop for anything and everything Sloan McQuewick wore — starting with this black silk top one would throw on to go clubbing and low-slung jeans.

For those who don’t know, Sloan, played by Emmanuelle Chriqui, is E’s SO throughout the show. I won’t tell you about their relationship timeline and where they end up, because that’s for you to find out, but I will tell you that it’s not as important as Sloan’s awesome outfits, which will be your main takeaway when you watch (or rewatch) the show. If you loved The O.C. and you couldn’t decide whether your look more mirrored Summer Roberts’s or Marissa Cooper’s, Sloan is the perfect blend of the two. For special events Sloan even wore feminine, brightly colored minidresses that Gossip Girl‘s Blair Waldorf would approve of with thick belts or sequined scarves that Serena van der Woodsen probably owned. She is, for this reason, everything I love about fashion from the early aughts. Her wardrobe could fill an entire mood board.

Even though many of the episodes took us to parties, where Sloan dressed up in cocktail attire, we saw glimpses of her at home style too. She’d wear lightweight, professional looking linen separates and pantsuits while on the phone with Eric, confidently putting him in his place because he was skipping out on their planned brunch to cater to Vince. *Eye roll* She’d wear slub-style sweaters layered over bright tanks — a casual combination that just looks like sweats when I try it, but, when on Sloan, could be straight out of a Skecher’s ad in a Cosmo Girl! 15 years ago. Sloan’s printed wrap dresses could make Diane von Furstenberg jealous, and she had all of the necessary statement earrings to match, from oversize hoops to chandeliers.

Scroll down for a quick look at some of Sloan’s notable moments on Entourage, which is still streaming on HBO NOW and HBO GO, and put the series on your must-watch list for the fashion fix you weren’t fully expecting and didn’t know you needed.

Princess Beatrice wedding tiara: Which tiara will Bea wear for her Royal Wedding?