AN American fast food chain has at last acknowledged what we knew all along: Putting crisps inside your sandwich makes it better.

Subway is now offering plain Walkers crisps as an extra topping in their UK branches. 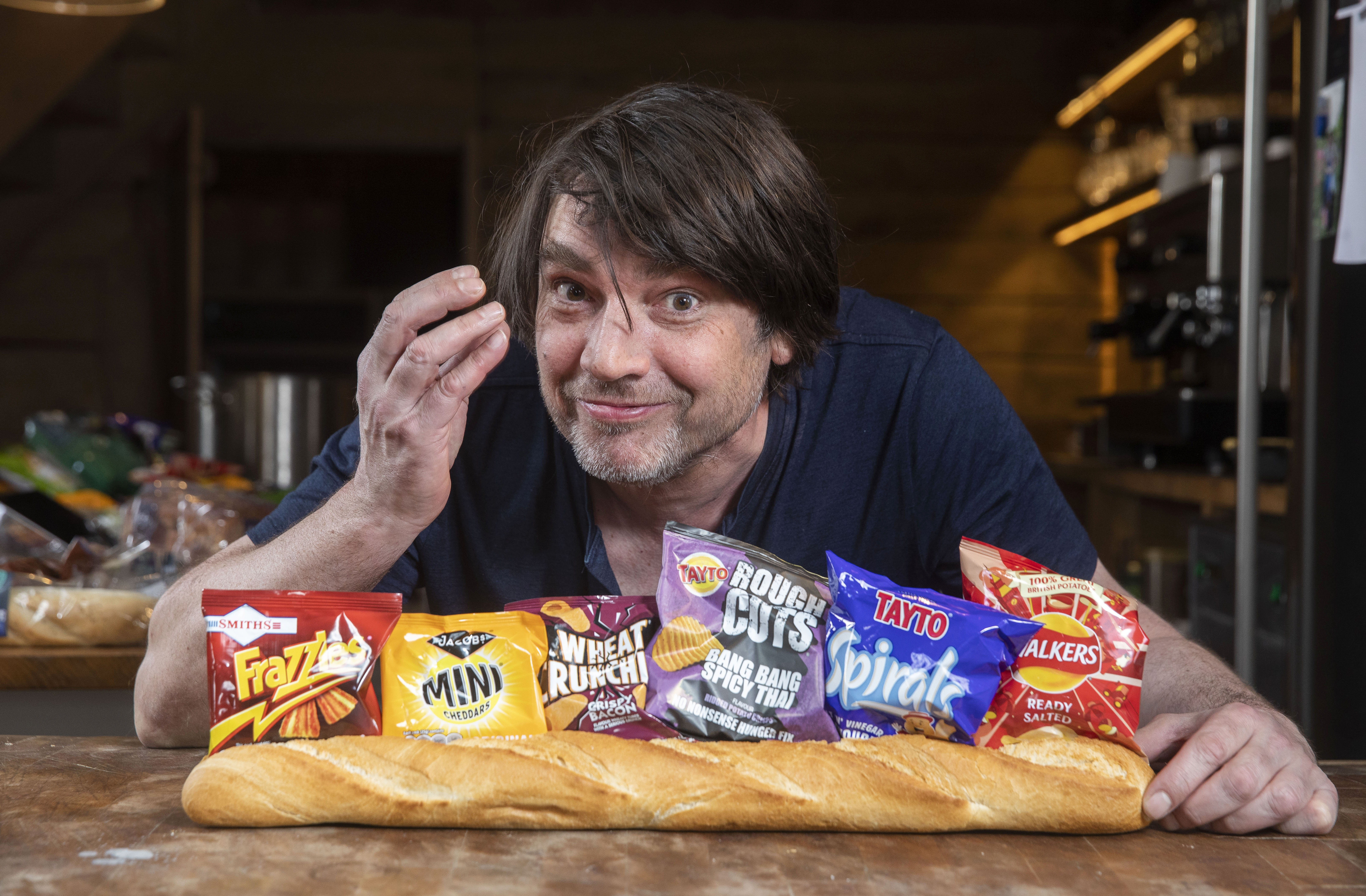 But why stop there? Crisps are one of those little things that brighten our day and there really is something for everyone – with a truly dazzling amount of flavours, textures, shapes and sizes to choose from.

Just make sure to add them to your sarnie at the very last second for maximum crunch. 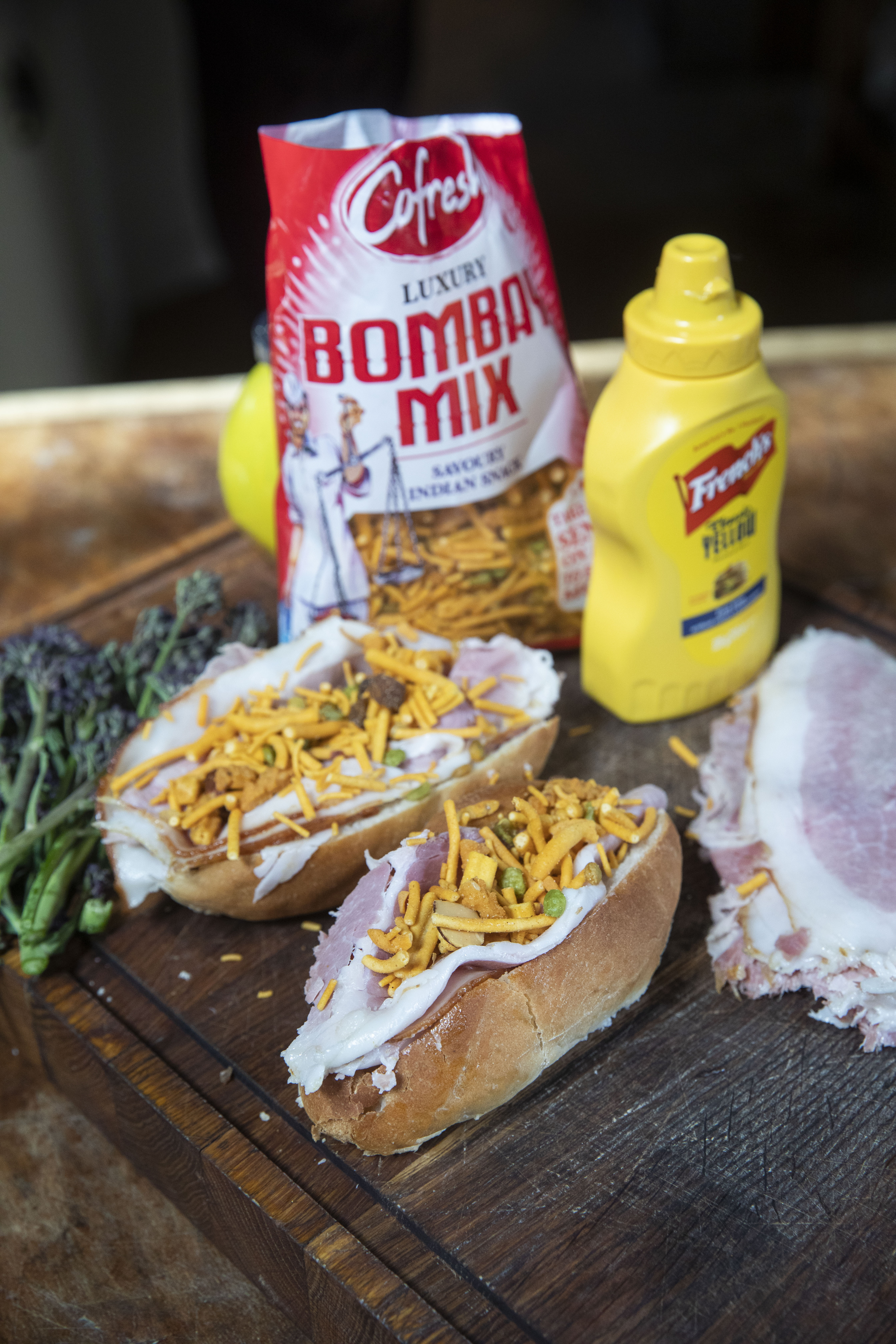 DAZZLING in its simplicity, ham and English mustard on sliced white is, for me at least, the greatest of all the sandwiches. Can it even be improved upon?

Food is multiculturalism’s greatest gift, so why not add a little Eastern spice? Surprisingly good.

Serve with: A piping hot cuppa. 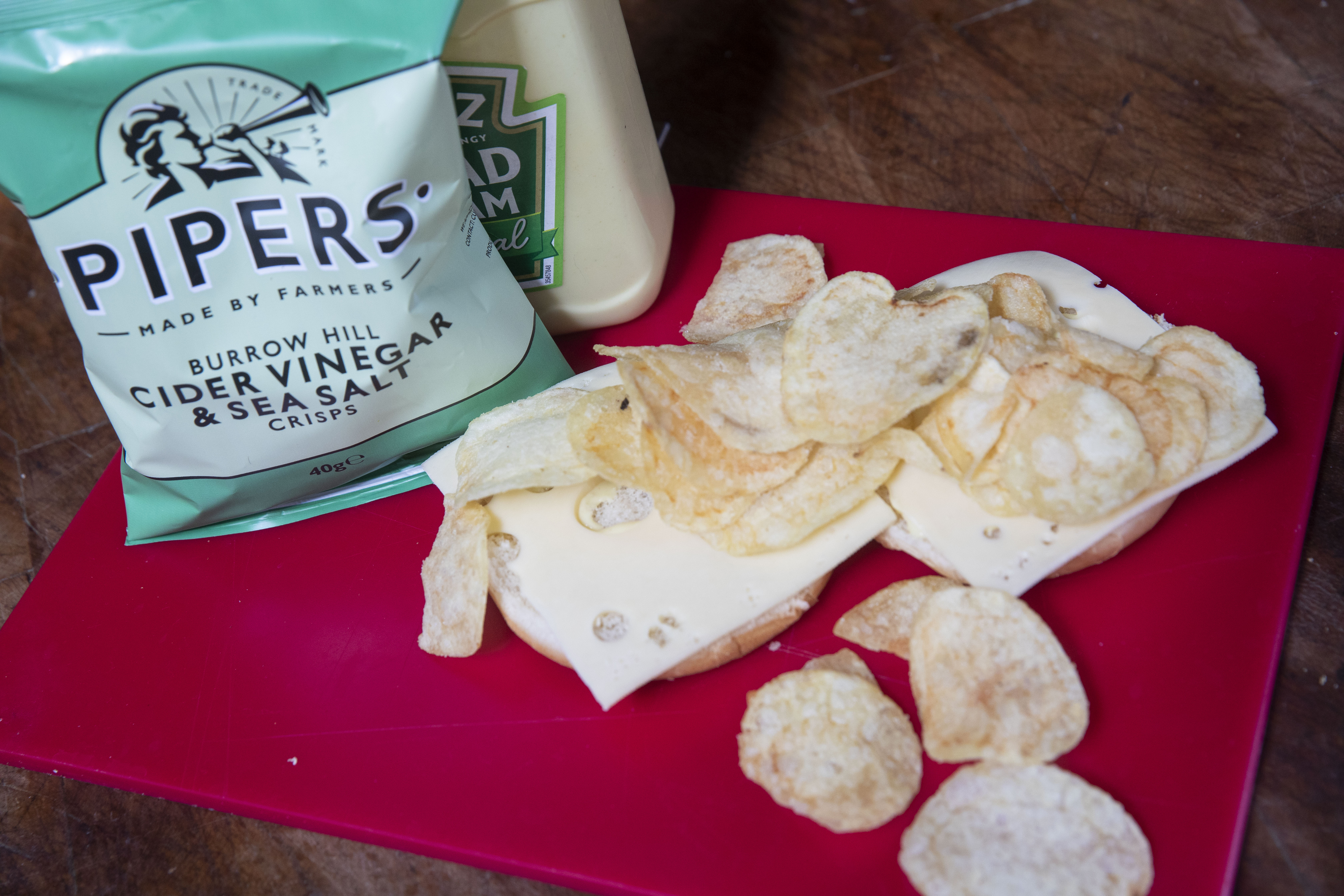 IN terms of ease of preparation, this is a clear winner and a shining example of what is known in my house as a ­Midnight Special.

Squirt your salad cream on both sides of the bun and add a square of emmental on top of each. Then stack the crisps up in the centre and the job’s a good ’un. 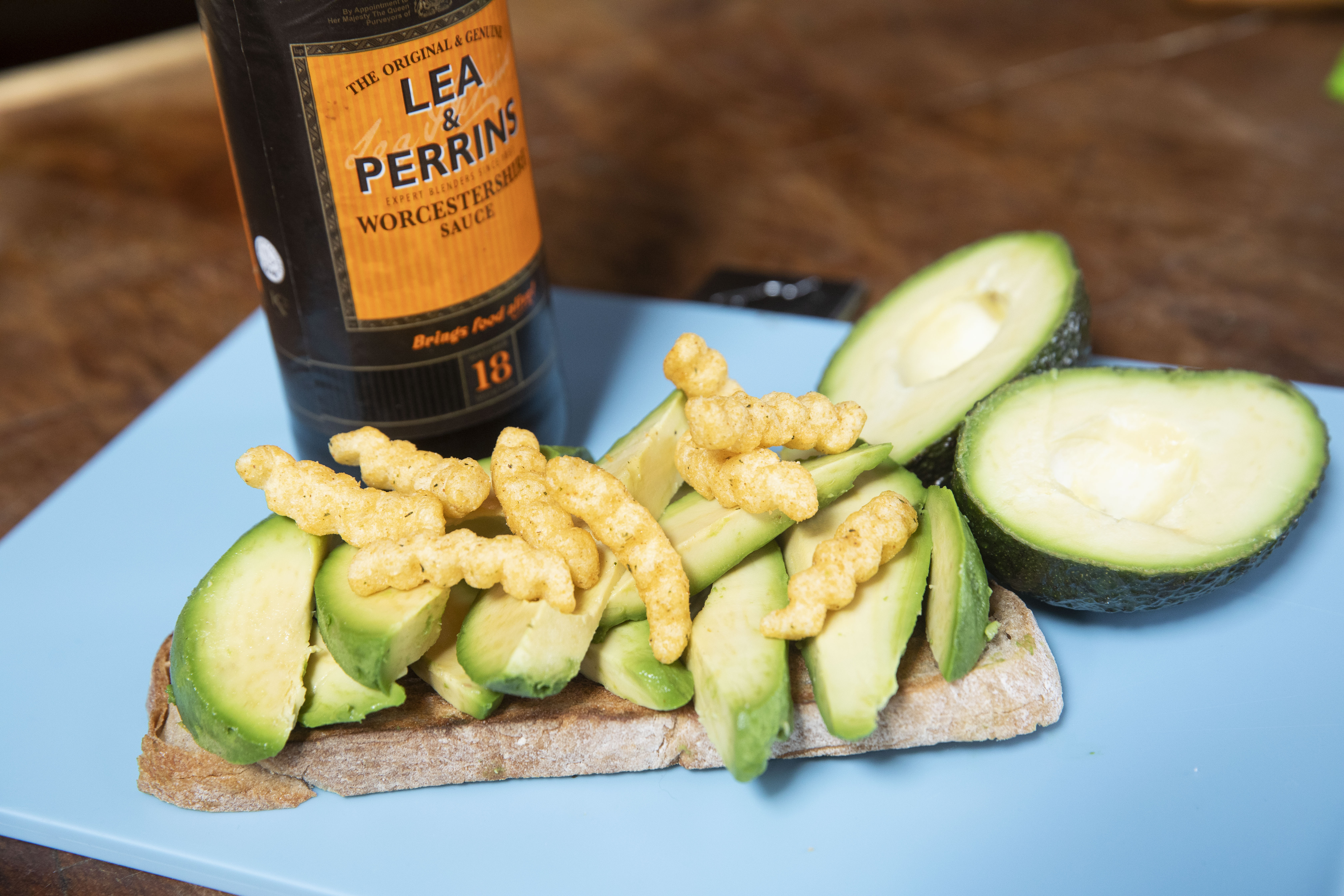 THERE are a surprising amount of healthier crisps out there.

These “jalapeno and lime taste” lentil chips we found at Bargain Buys are among the least horrible – they do look like massive maggots, though.

I’m a big fan of avocado on toast and they did add a little je ne sais quoi. 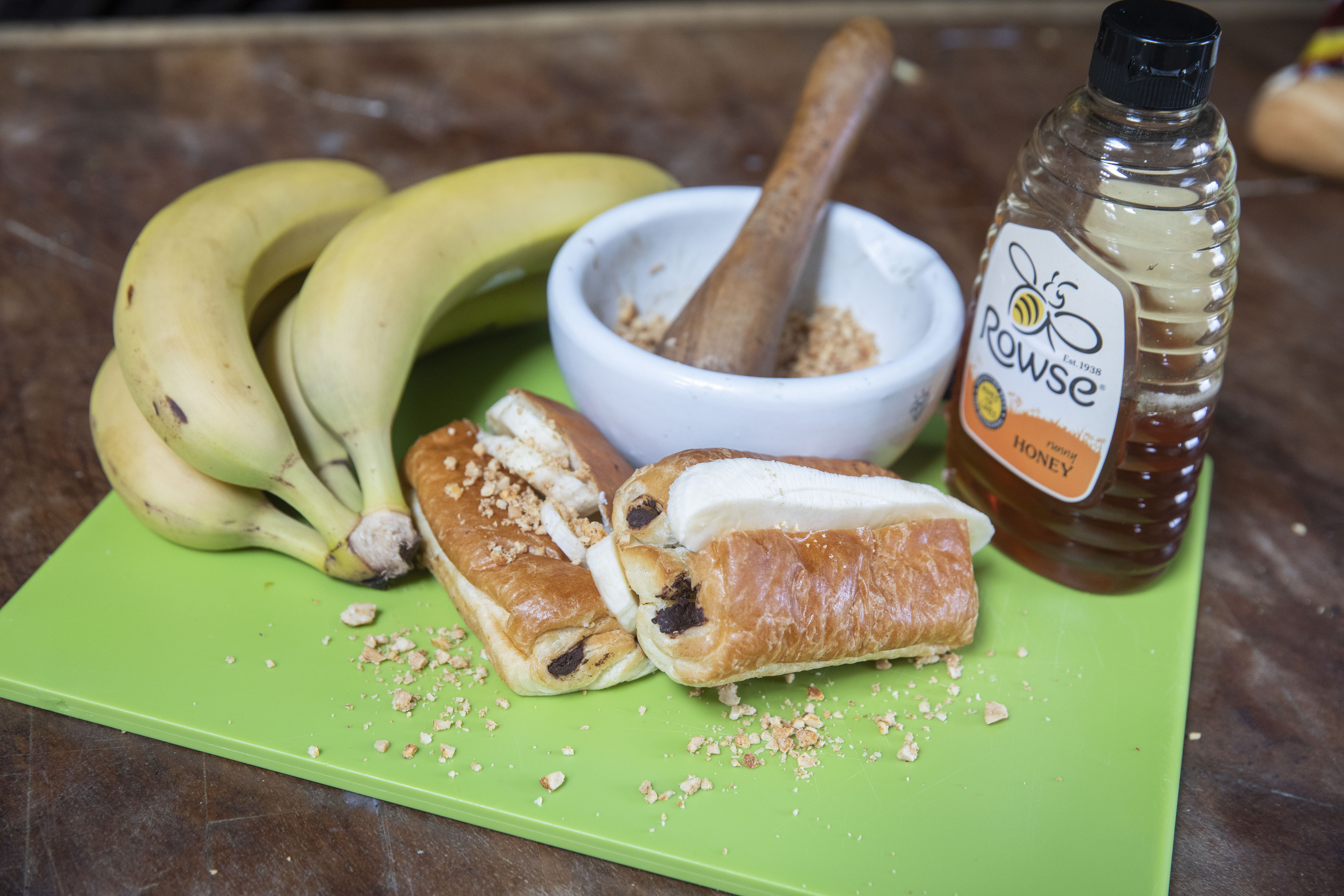 ALTHOUGH obviously not technically a crisp, nuts can bring similar amounts of savoury saltiness and crunch to your creations.

This combination is surprisingly good and particularly strong as a ­second course.

Crush your nuts first for maximum impact – the honey helps them to stick. 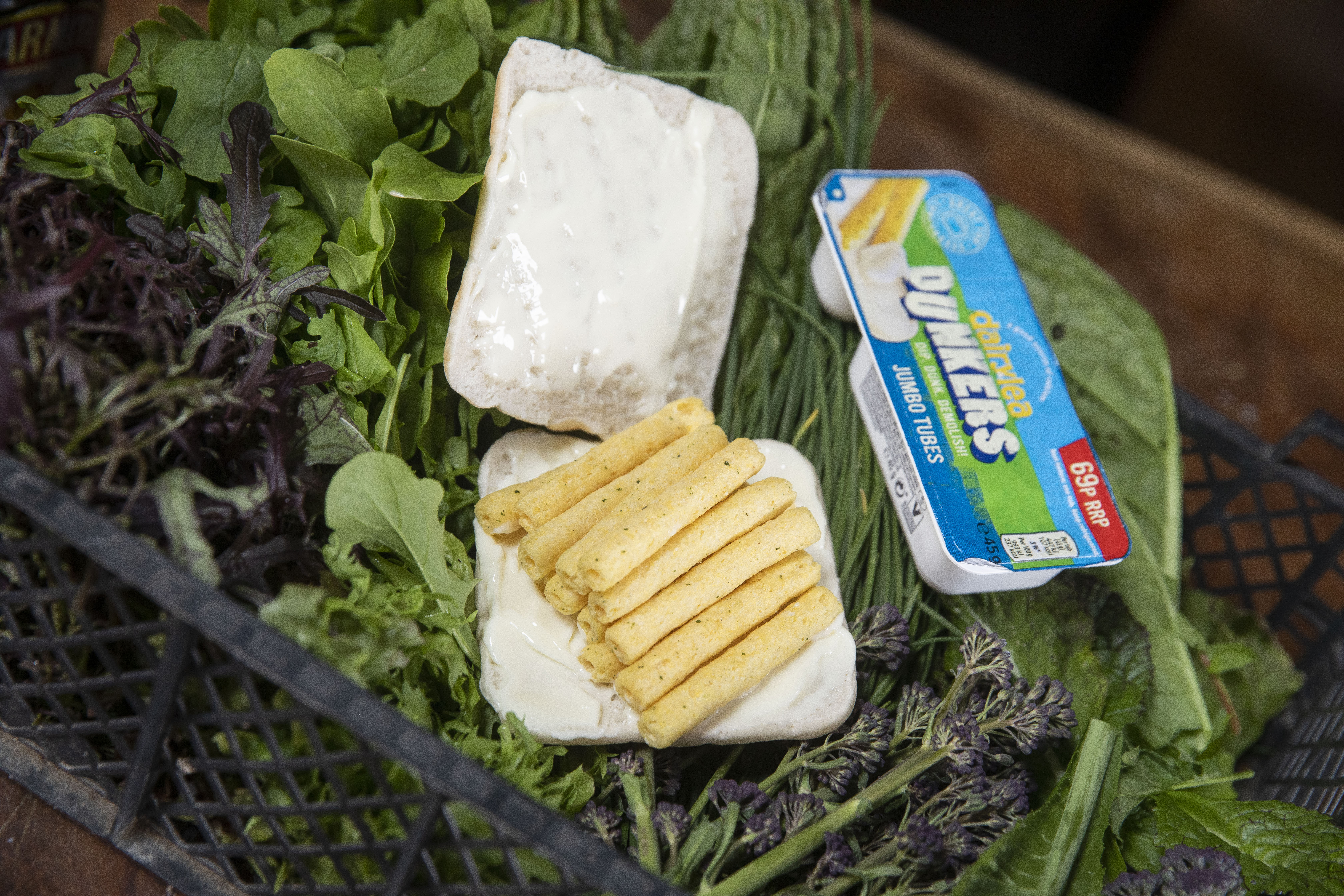 YOU could argue Dairylea Dunkers are just a sandwich filling in a box. Simply spread the dip on two sides of a bun and jenga up with the tubes.

You could intersperse with Twiglets for more crunch and the missing ­Marmite factor. 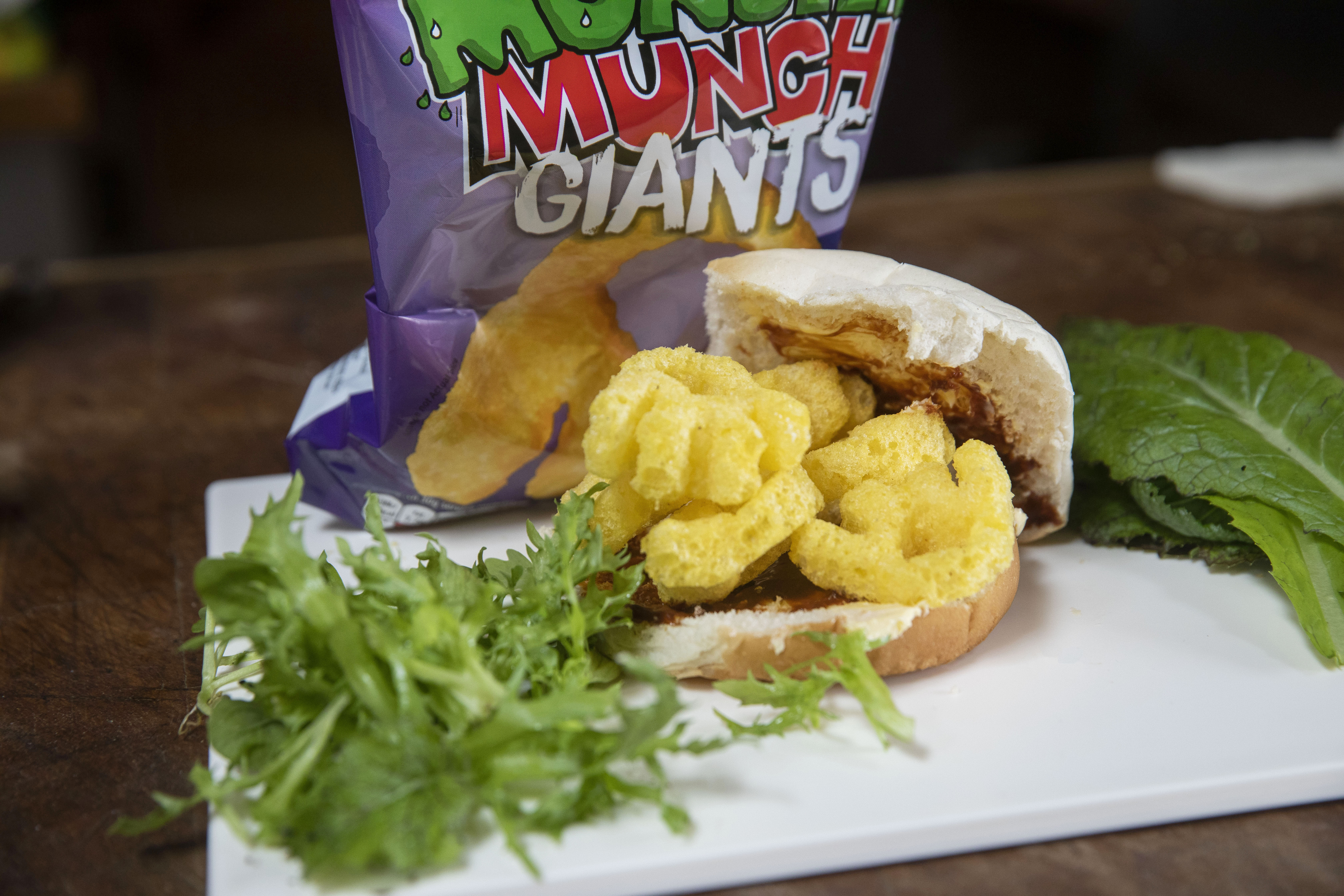 THE onion and the garlic powder in Monster Munch connect very well with Marmite and the open-textured crunch of these new giant ones chimes wonderfully with the classic floury bap.

Truly, a ploughman’s lunch for the 21st Century. 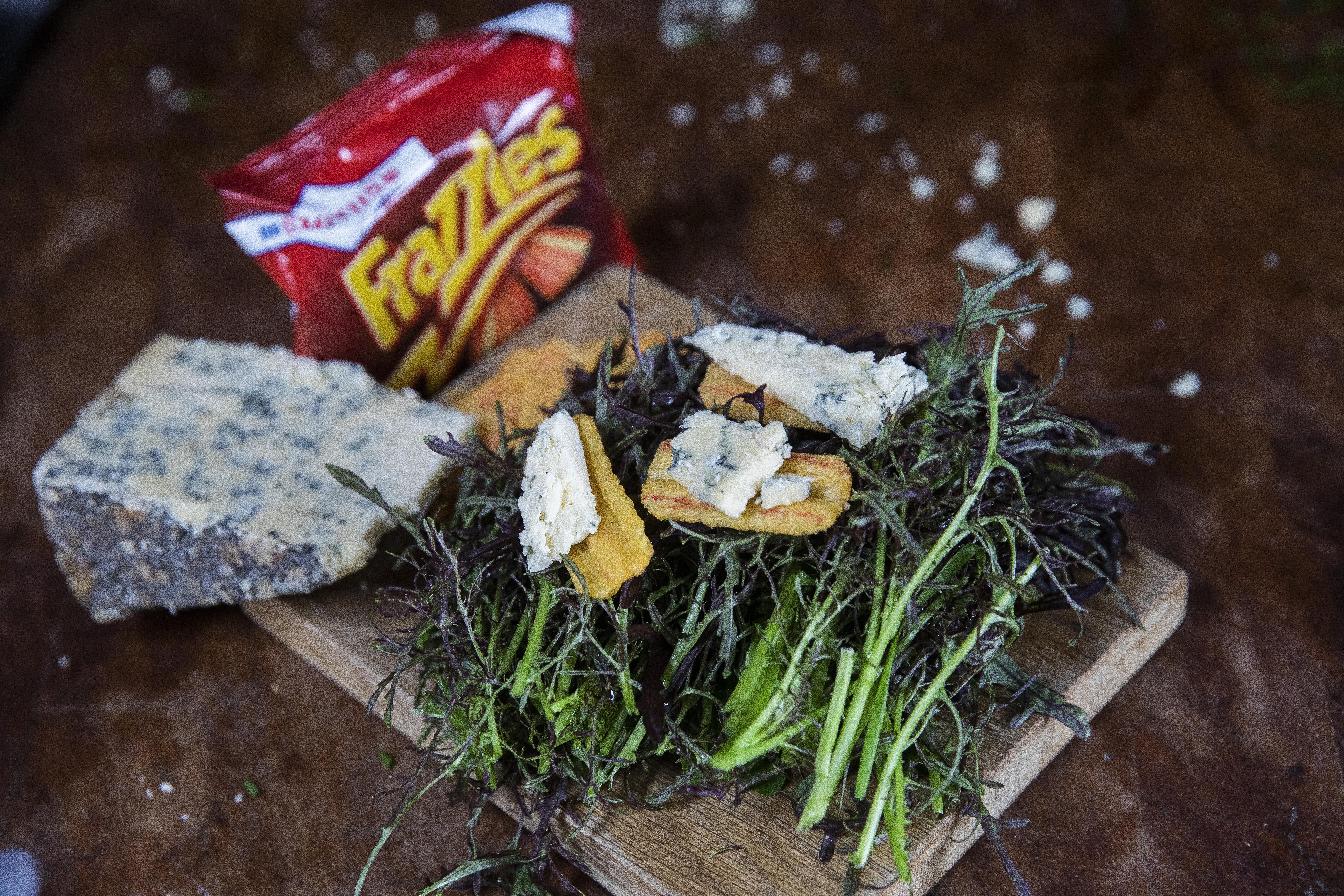 SIMPLICITY is the crowning glory of art. I find the trouble with Subway is that I’m overwhelmed by the choice and end up overloading my sandwich.

This combination strips everything back to bare essentials and the two key ingredients.

Crisps and cheese go incredibly well together, particularly these two – their punchy flavours and textures dance the perfect counterpoint.

Works well as double deckers or in an open “crostini style” sarnie. 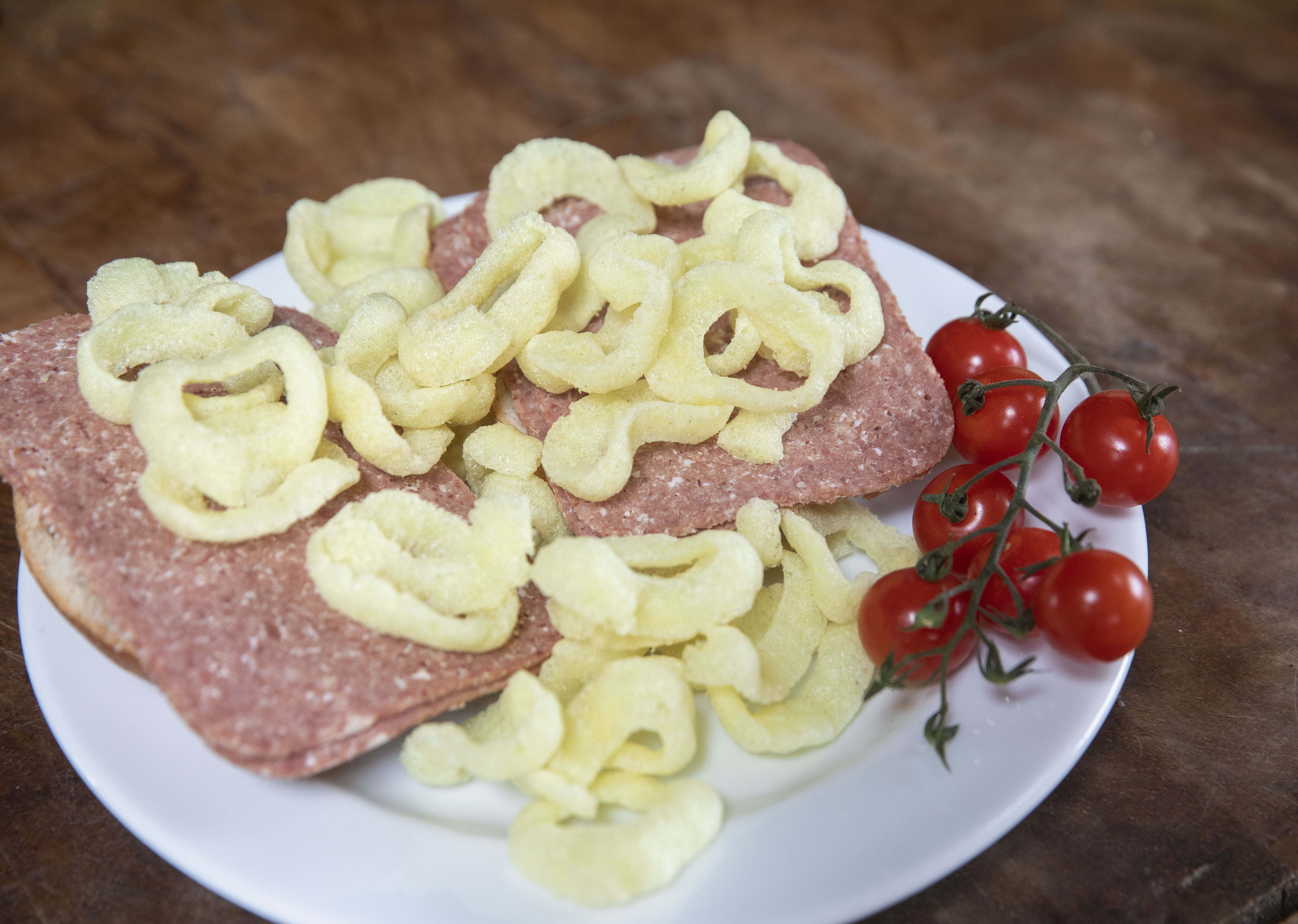 Who wants to slice an onion? Who’s got time to fry a burger at lunchtime? Only the French.

This cheeky combination gets you pretty close to the full-on gourmet burger bar experience with none of the prep time or washing up.

I’d be inclined to use mayonnaise rather than butter. A smidge of ­mustard won’t hurt, either. 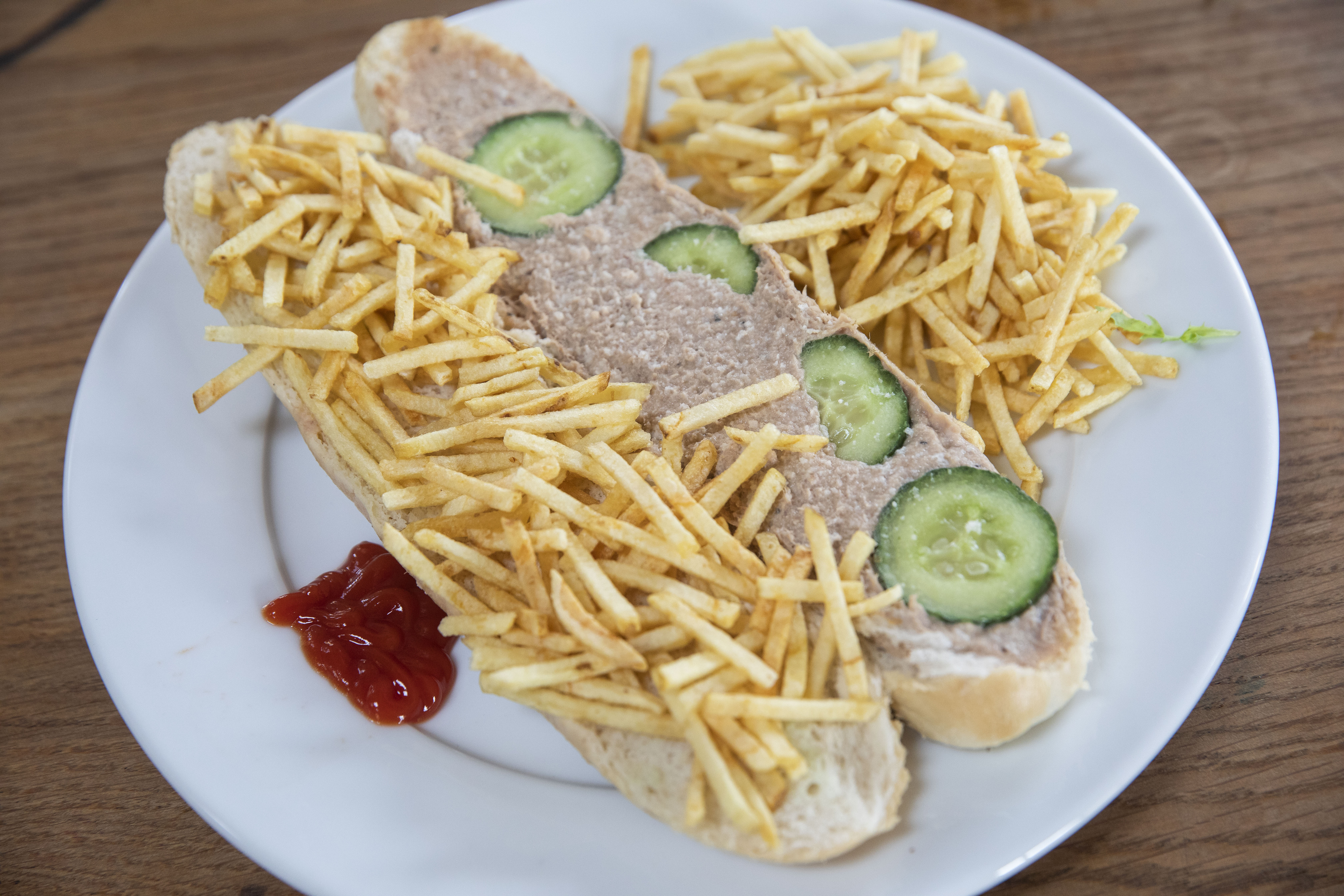 MANY disagree as to which is the true chipstick – the little skinny one or the big fat puffy salt and vinegar battleship. The classic tuna mayo baguette works well with both.

There is something very satisfying about loading the big ones in parallel lines down the middle.

But these from my local Sainsbury’s worked very well too. Instant fish and chips for the time-poor gourmet.

Best with: Coca-Cola, on the beach.

Egg mayo and chives on wholemeal with salt & ­vinegar McCoy’s 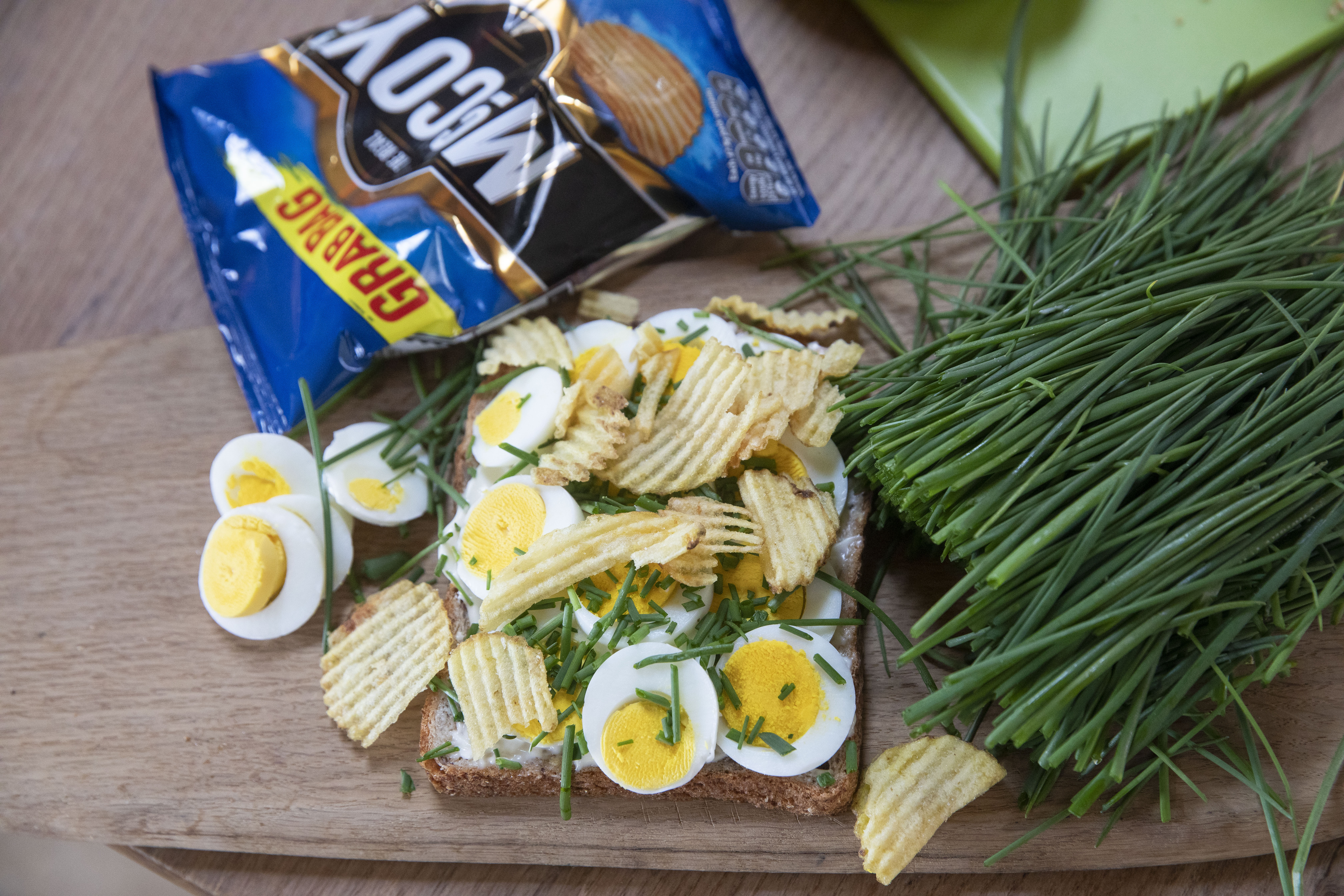 THE McCoy is a mind-boggling masterpiece of higher maths. The unique combination of hyperbolic surface geometry and Gaussian curvature makes them the crunchiest crisp of all.

So crunchy, they can even compete with the explosive crust of a baguette.

They pack a lot of flavour too, so wholemeal bread is a good option – something to calm the fierce flames of flavour and texture. Serve open.