What a year it has been for fashion, in particular celebrity fashions. The 2018 fashion year began with the Golden Globes “black out”, when most attendees shirked colourful gowns to support the Time's Up/#MeToo movements, and ended with Michelle Obama in a pair of sparkly thigh-high boots. 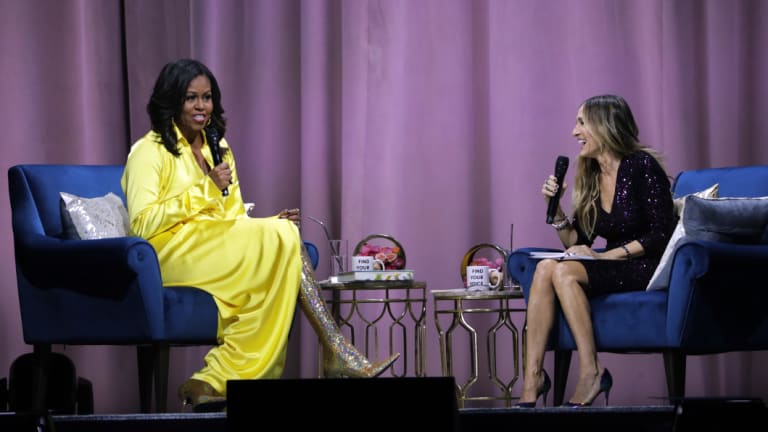 Along the way, celebrities continuously wrote and re-wrote the style manuals, the rule books and the "how (not) tos" of weathering a scandal. Here were some of the winners (and losers) of the past 12 months.

Winner: Serena Williams for wearing trainers to a royal wedding

Highly commended: Liam Hemsworth for wearing trainers to his own wedding

For years, the only acceptable footwear for guests to wear to royal weddings, or at least the most common one, was the beige pump. But that all changed in May, when Prince Harry and Meghan Markle's star-studded wedding included several celebrities who gave new meaning to "black tie". In Serena Williams' case, that meant Valentino sneakers to coordinate with her gown.

And just this week, actor Liam Hemsworth proved a groom doesn't have to stick to plain dress shoes when he wore what appeared to be white leather sneakers – with no socks – to marry Miley Cyrus in Tennessee. 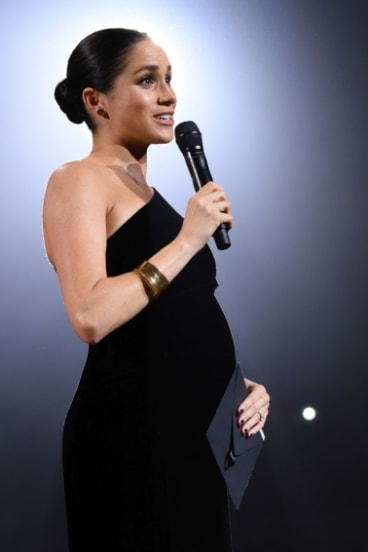 Rules are made to be broken

Never have so many column centimetres been written about one woman's nail beds than in 2018. The Queen only wears Essie's "Ballet slippers" on her fingernails, and while Meghan Markle wore it at her wedding to Prince Harry, she supposedly "broke" the royal manicure rules when she wore a dark burgundy polish for her surprise appearance at the British Fashion Council awards. 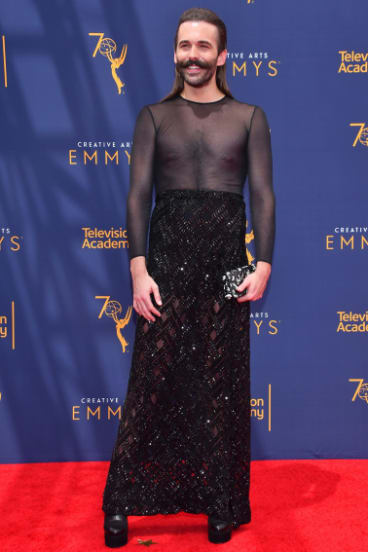 Meanwhile, no stranger to controversy, singer Janelle Monae's wardrobe for her Pynk video included a pair of pants that summed up the fashion mood of the year in a way no other single outfit could: women are done with dressing for the male gaze. Someone put those pants in the Smithsonian.

Gendered fashion is so 2017

The reboot of Queer Eye was one of the surprise TV hits of the year and its breakout star is undoubtedly Jonathan Van Ness, the show's official hair stylist (and unofficial head pouter). The star captioned an Instagram post of his outfit, "We absolutely came to slay this lewk & f— a gender norm." When a commentator remarked, "the guy in the dress looks like the villain in Despicable Me 3", he clapped back to the hater with: "I look f—ing stunning and my name is Jonathan."

Continuing the fight for diversity, Younger star Nico Tortorella has been advocating for transgender and queer rights, including posting clips of themself in drag on social media.

Highly commended: Catherine Duchess of Cambridge for her wedding outfit 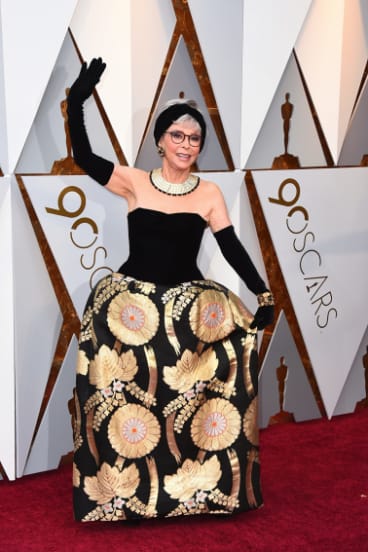 Still good after 56 years … Rita Moreno at the 2018 Oscars in an updated version of her 1962 dress.Credit:Jordan Strauss

If an outfit brings you luck (with the exception of, say, your wedding gown), you should wear it again. So the fashion world was in raptures when the West Side Story actress upcycled the gown she wore to collect her 1962 Best Supporting Actress Oscar for this year's ceremony.

More divisive was Catherine Duchess of Cambridge's outfit for Harry and Meghan's wedding, which some critics, myself included, argued was a lazy or disrespectful choice, while others praised her for saving money, not wanting to overshadow the bride and juggling a new baby and the harsh spotlight of royal life. 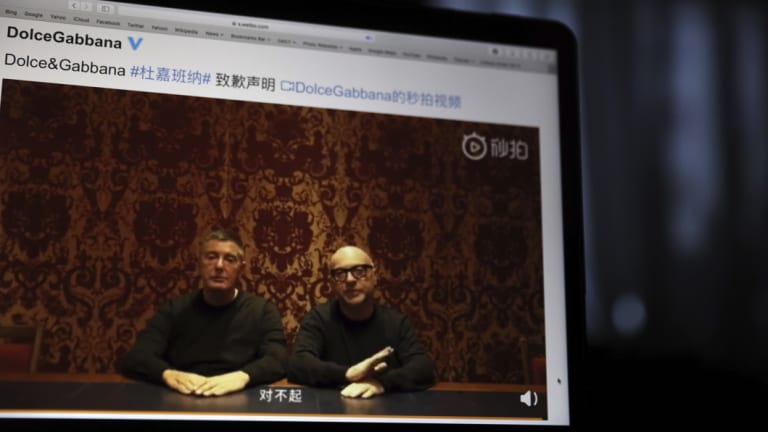 Dolce & Gabbana’s Domenico Dolce (left) and Stefano Gabbana had to apologise in a video on Chinese social media after a series of allegedly racist video ads.Credit:AP

The fashion world is still reeling from Phoebe Philo's departure from Celine. So incoming designer Hedi Slimane only served to stick the knife into Philo's woman-first, "comf-luxe" aesthetic with a Paris show that looked like his greatest (read: tighest, shortest) hits from Saint Laurent. The show spawned the hashtag #oldceline and led commentators to question which house would continue Philo's legacy.

But possibly the biggest faux pas of the year goes to Dolce & Gabbana, which infuriated the entire Asian community when it shot a campaign featuring a model trying to eat pizza with chopsticks. No-one found it funny, the Chinese government cancelled the brand's show there and the outlook remains uncertain for the brand.

You Should Be Happy, 'Cause Halsey Basically Wore a Work of Art on The Tonight Show

Years Ago, My Sister Vanished. I See Her Whenever I Want.