WOMEN are excelling in what were once male-dominated industries.

We meet a scientist researching Covid-19, F1 championship hopeful and a top video game designer to find out what it takes to beat the boys at their own game. 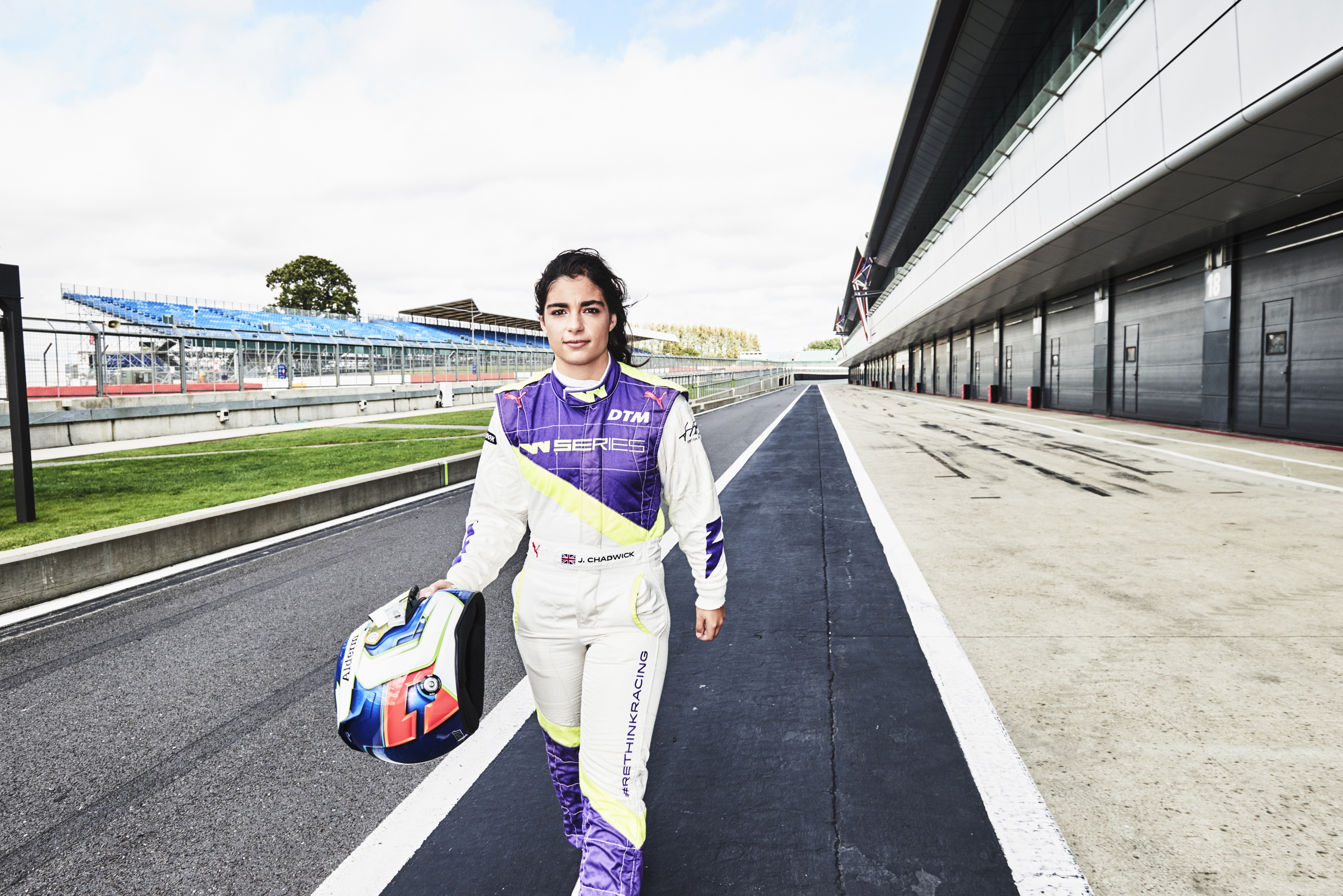 JAMIE Chadwick, 22, from Bath, has been tipped as F1’s best female hope in decades.

“Speeding around a track at 160mph, my adrenalin levels surge, but I feel peaceful, too. My racing car is my safe space. There hasn’t been a female F1 driver since the ‘70s, but that just spurs me on to achieve my goal, which is to race alongside the best drivers in the world.

“Is it tougher for women in the car racing world? Yes and no. Women are more scrutinised if we crash, but then praised more for racing well. We are often underestimated and I’ve raced against men who’ve been surprised by my driving skills.

“They don’t see me coming, which can give me an advantage. Being one of the few females in the sport also means I get publicity my male counterparts don’t. I feel strongly, though, that I don’t want to be here as a token female – I want to be here because I deserve to be. 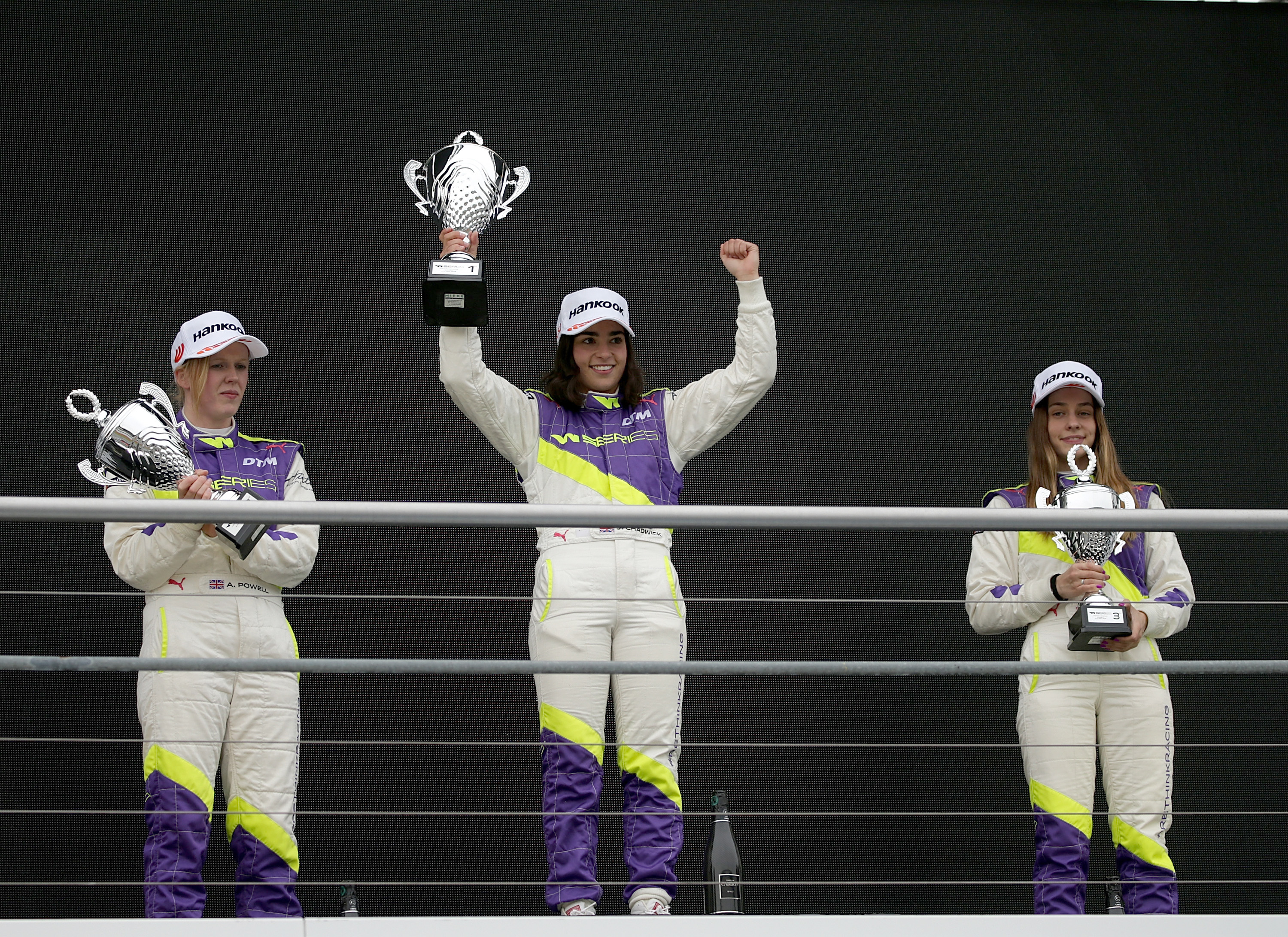 “As a kid, I was very sporty – hockey and skiing were my favourites. My brother Oliver, now 24, got hooked on go-karting and dragged the rest of the family to the race track in 2010 when I was 12. From the moment I got behind the wheel, I knew it was the sport for me – the speed and adrenalin were like nothing else I’d ever experienced.

“At first, I’d only go to the track once or twice a month. But everything changed in 2013 when, aged 14, I entered a big competition held at Bedford Autodrome. The prize was a scholarship for Europe’s top under-16s championship, the Ginetta Junior. I won and then began training with racing car manufacturer Ginetta, competing in the championship the following year.

“It was tough to juggle my new career with school, but my parents and teachers were supportive. I’ve since won a string of championships, including the all-female W Series last year with a £409,000 prize. Although I was already racing professionally, in 2015 I still had to take my driving test like any 17 year old. I didn’t want my parents to have to chauffeur me around any more, but there were long waits for tests, so when a last-minute slot became available, I took it – despite the fact that I’d only had a lesson and a half. Somehow, I managed to pass first time, though I still can’t park very well!

“I want to get to F1 in the next few years, but I don’t want to rush that journey. I recently raced in Asian F3 and, post-lockdown, I’ll be trying to defend my W Series title. I’ve never encountered sexism from other drivers – I’ve earned their respect through results. 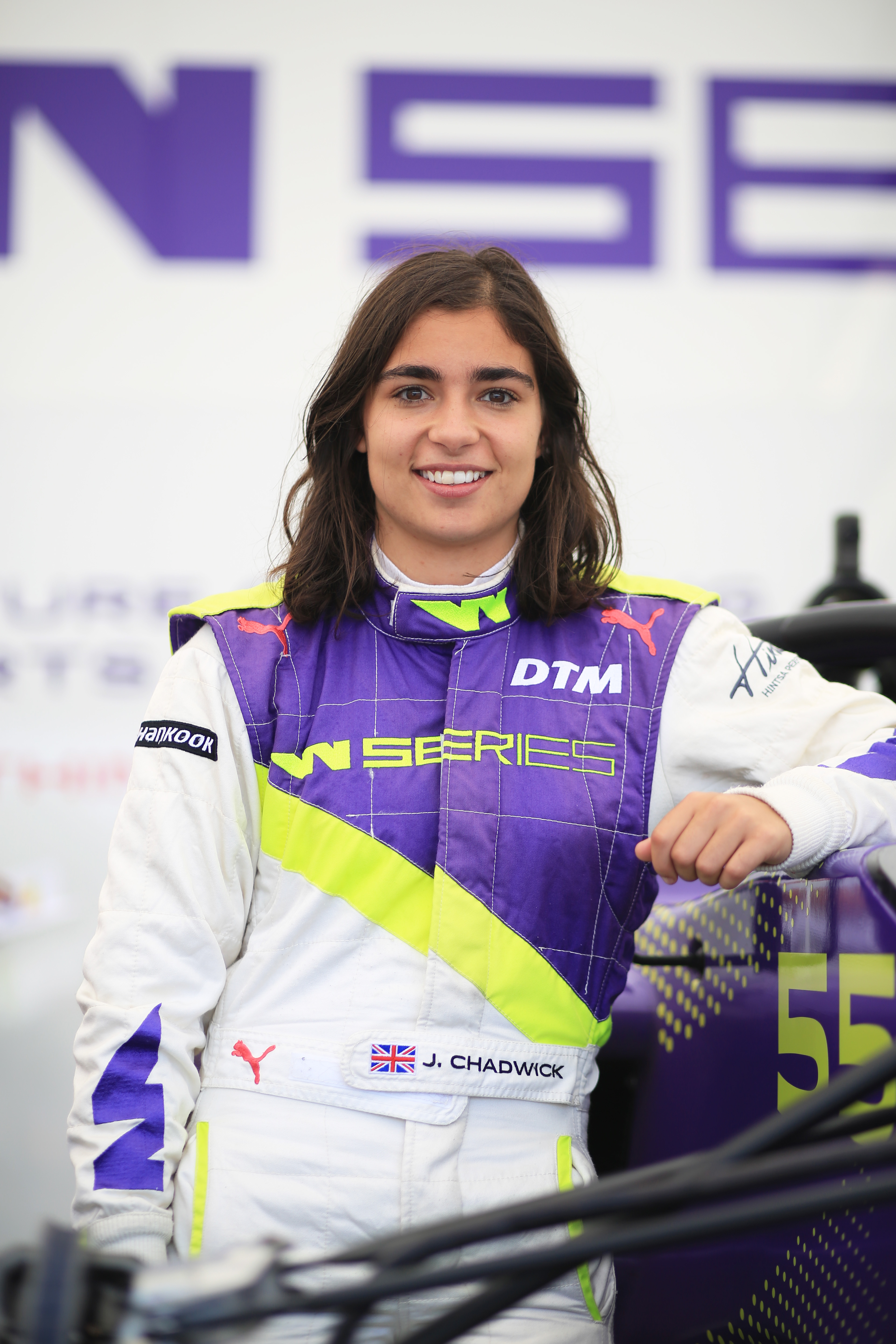 “Bernie Ecclestone, the former F1 CEO, said in 2016 he doesn’t know whether women are physically strong enough to compete with men at the top level of motorsports. It’s frustrating to hear, but it’s also fuel for me to do well. It is a physical sport, but I only have to look at other female athletes to see how strong they are. I have a rigorous training schedule with a lot of upper-body work to be able to steer and cope with the G-force.

“Young girls aren’t encouraged to get into go-karting, so we don’t see women climb the ranks often enough. I hope more female role models at the top level will help.

“I get jokes about ‘women drivers’, but I laugh it off. When I’m out with male racing drivers and we get chatting to new people, they often find it bizarre to hear that I’m a driver, too – many have no idea females even exist in our sport. I enjoy proving those people wrong.” 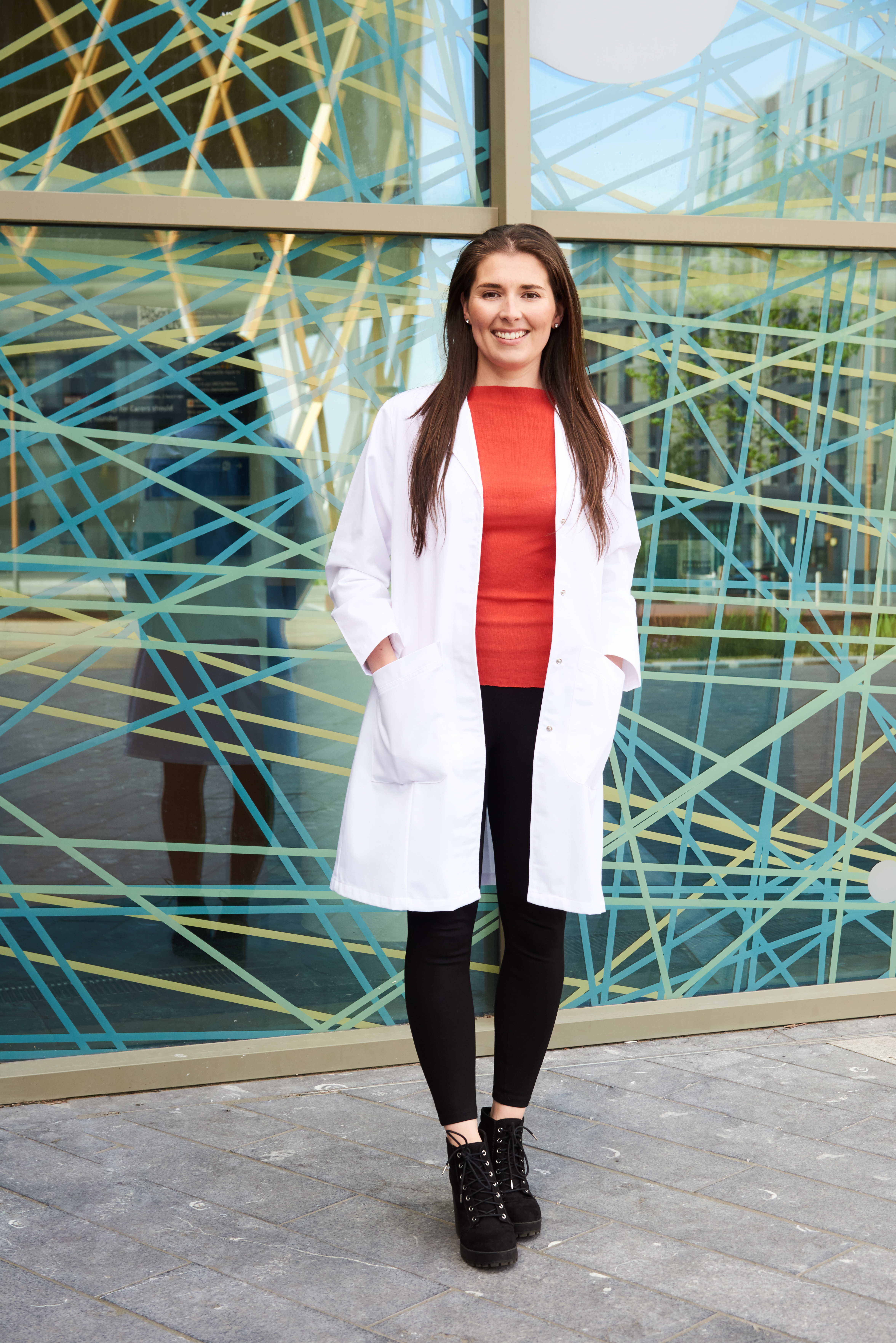 “As soon as those lines appeared on the pregnancy test, I was excited about becoming a mum. Although I was in a relationship, it wasn’t planned and I was only 22, in the middle of studying for my PhD in physiology – but I was still determined to have the baby.

“However, people around me, both in academia and my personal life, told me I’d have to choose between my PhD and my baby, with one male scientist saying: ‘You either have your career or you be a mother.’

“I was adamant I’d finish my studies and I carried on going to the lab while pregnant. Two weeks before my due date, I handed in my thesis and got a distinction. I wanted to defer for a year, but it was hard to get maternity pay, because there wasn’t a policy in place for pregnant PhD students. This made me feel like I should be grateful to still be there while pregnant, let alone have academic funding, which was upsetting. My daughter Evie, now ten, was born in September 2009 and I took a year of maternity leave, before ploughing on with my studies. 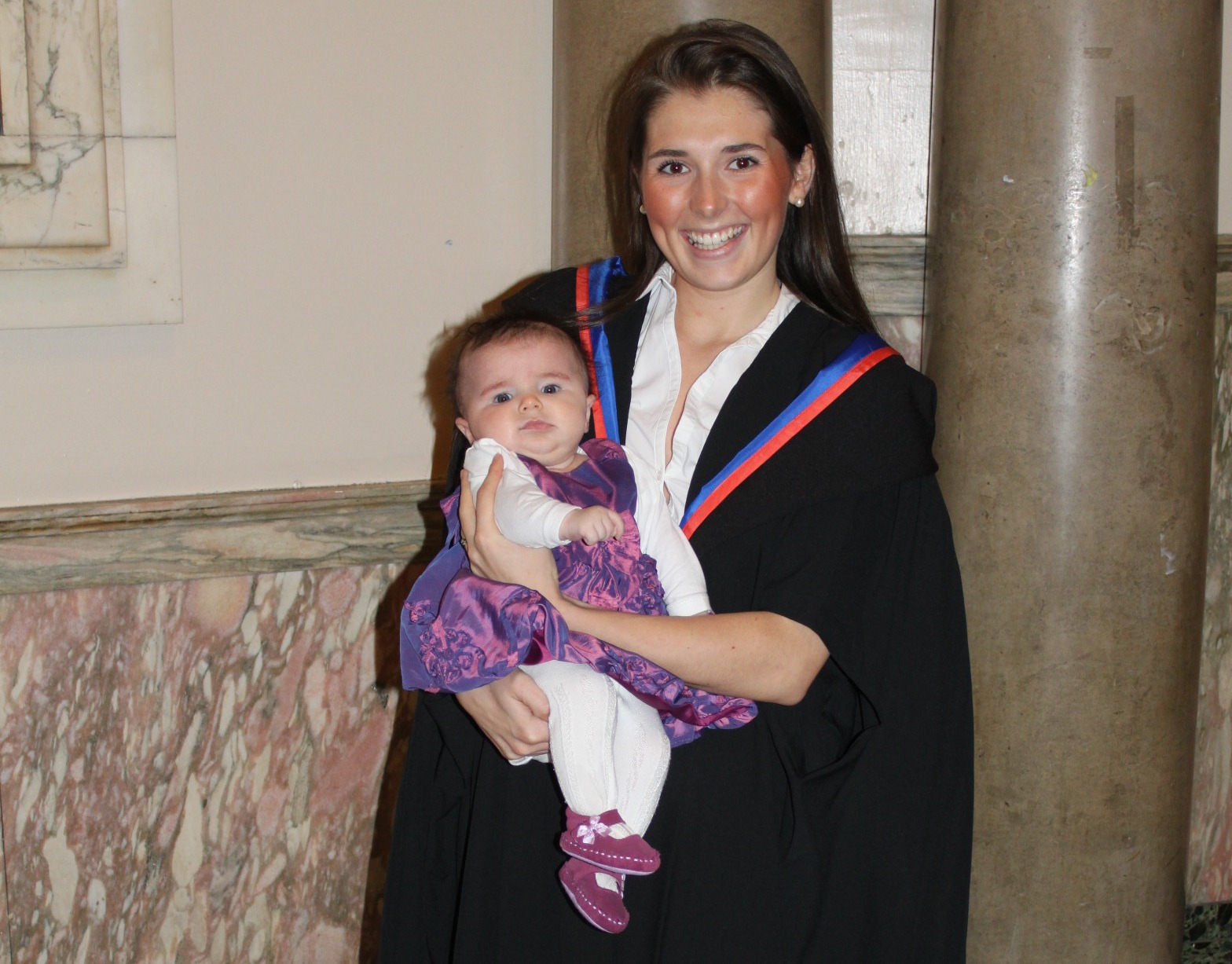 “I wanted Evie to grow up and see me working hard in a career I loved, which spurred me on. But in early 2011, when Evie was 16 months old, she became ill with meningitis. It was horrendous. Doctors told me she might not pull through and I spent six months by her bedside in hospital. My relationship with her father fell apart around the same time. I needed a lot of time off to care for her, and couldn’t help but wonder if all the people who’d told me I couldn’t have it all had been right.

“Thankfully, Evie recovered and I resolved not to give in. I returned to university and in December 2014 finally got my doctorate. A month later I got a job in drug development with a pharmaceutical company, an industry that was also still dominated by men. I worked in an all-male team, but being a single mum wasn’t an issue. I could fit work around Evie by working from home in the evening after I collected her from school. In academia, it would be frowned upon to leave the lab to pick her up.

“I ran a project on ageing and was amazed by the huge scientific advances that were being made. But the nature of drug development is that it can take 15 years for compounds to see the light of day. It was frustrating – I wanted to make people’s lives better now. So, in 2017, I set up my own company, Nuchido, developing anti-ageing supplements.

“I’m a young CEO, and while today 45 per cent of science professionals are women, more than once at meetings it’s been assumed my male colleague is my boss. I recently presented at an international scientific conference, wearing a long-sleeved blouse and smart black trousers. When my presentation was shared online, I was horrified to see lots of negative comments about my clothes, saying things such as it looked like I was wearing yoga pants and that I should ‘dress better’ in a professional setting. I couldn’t believe that people were so focused on my clothes rather than what I was saying. That wouldn’t have happened to a male scientist. 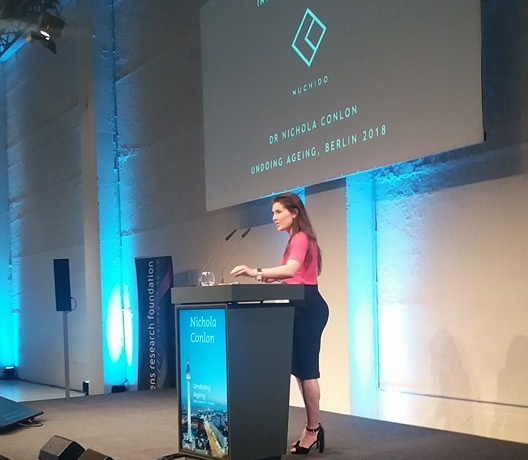 “Since the pandemic began, our work is more important than ever. A big part of the reason older people are more vulnerable to the virus is their immune systems have weakened with age. We’ve developed a supplement that’s clinically proven to boost levels of a molecule found in cells called NAD, which has a big impact on the immune system. We’re doing a trial working with leading researchers in the field of ageing, looking at whether the supplement can help boost Covid-19-fighting immune cells* in older people.

“Now, I’m juggling caring for Evie and working during lockdown, with help from my fiancé Darren, 35, a joiner, who I met in 2016. Evie loves playing with science kits, and I’d encourage her to become a scientist, too, though I hope things will be easier for women in science by then. To those who doubted me: I heard you, but thank god I didn’t listen.” 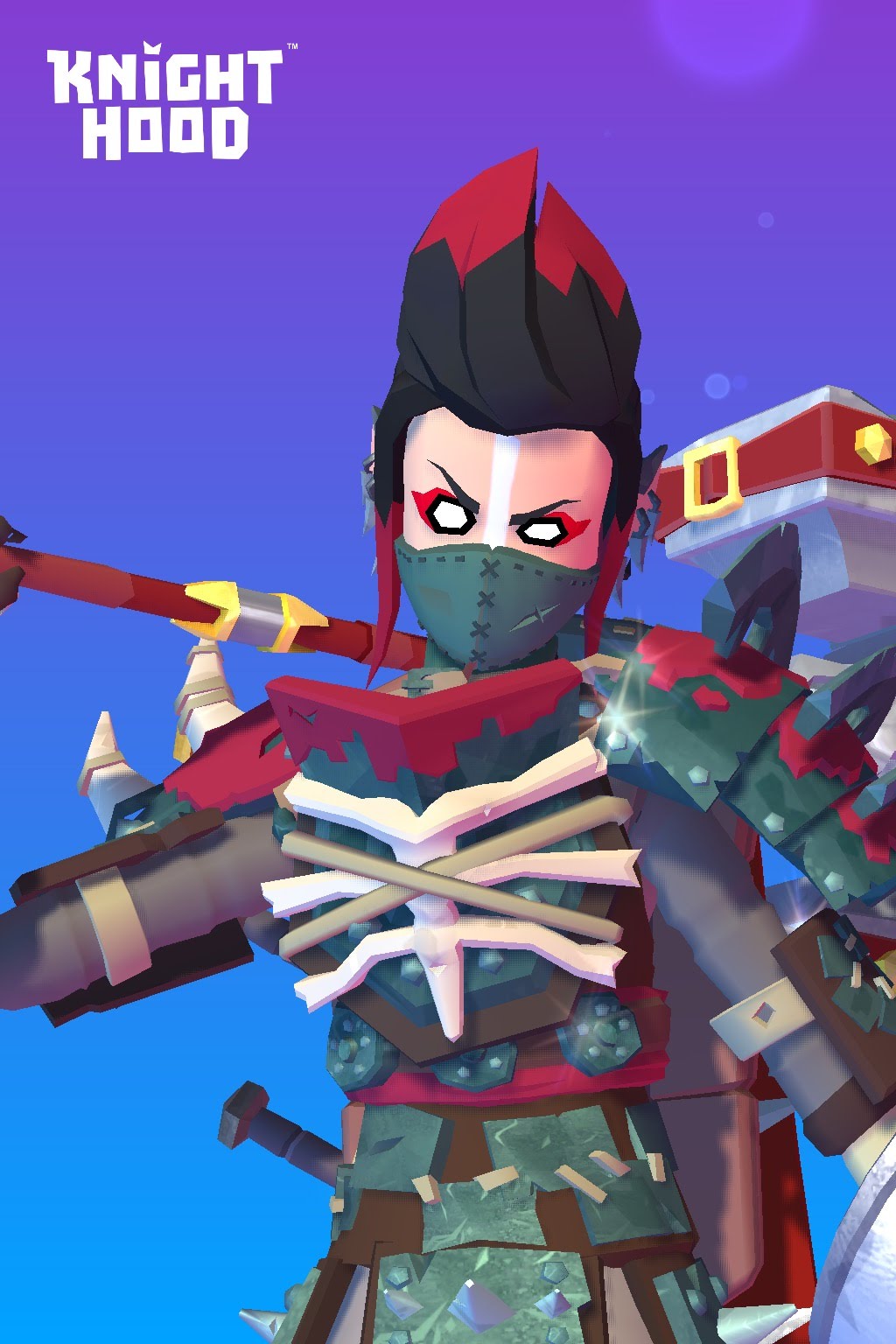 LYNSEY Graham, 39, from Staffordshire, has worked for some of the biggest game makers in the world – but has encountered sexism along the way.

“I was three when my dad brought home a ZX Spectrum in 1983, and I still remember the thrill of playing my first game. It was the start of a lifelong love of gaming – I adore immersing myself in another world and I particularly love the way a game can make you feel a full range of emotions.

“I went to uni in 1999 to study illustration. I’d never considered a career in gaming – I’d always assumed they were made in Japan or America and never gave much thought to the people behind them. But when I was 19, I read a magazine article about a female designer and I immediately knew that’s what I wanted to do. I graduated in 2003 and a year later landed my first job in the industry as a games tester for a leading company. 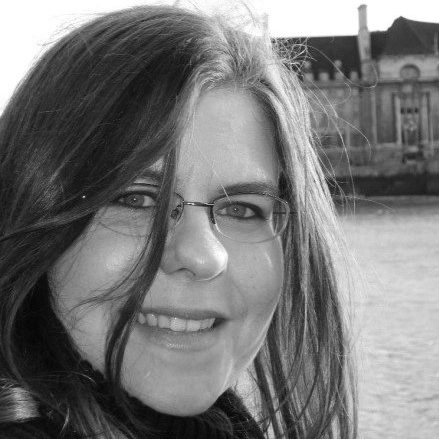 “There were 100 other testers at the company and just one other woman, but that didn’t faze me. Thankfully, I didn’t feel I was treated differently. Nine months later, I was over the moon to land my first designer job, making games for mobiles in the days before smartphones. I went from working in a company with 400 people to one with just five employees – unsurprisingly, I was the only woman. Sixteen years on, I’ve designed games for everyone from Sega to Disney to Xbox 360.

“My gender has definitely been an issue at various times in my career, and male co-workers have said I’m not a ‘normal’ woman because I’m into gaming. It’s as if men are allowed to have personalities and varied interests, while women are just a monolithic group.

“I find comments like that rude and unprofessional. When I was younger, I would just stay quiet, but now I’ll call people out on it. I once had trouble with a colleague I worked with who repeatedly failed to complete his tasks. When I told my boss, he said: ‘The problem is you’re a woman, and he sees you as nagging. Have you tried massaging his ego?’ I was shocked, and thankfully he later apologised for what he’d said.

“I met my husband Allistair, 39, a senior programmer, at work in 2005, and our house is overflowing with consoles. My three-year-old son Ethan adores playing Mario Kart and if he wanted to, I’d love him to go into gaming too one day.

“Women now make up 28 per cent of the gaming industry workforce, and I hope I’ve played a small part in paving the way for them. Even though the industry has its issues, I’d still encourage women into it. It’s a dream job in many ways and I wouldn’t switch careers for the world.”