TWO guests have been shamed for their "inappropriate" wedding outfits – with one wearing a white mini dress to her friend's big day.

Her mate, meanwhile, is wearing a figure-hugging pink co-ord – with a revealing crop top which flashes her abs and a thigh high slit. 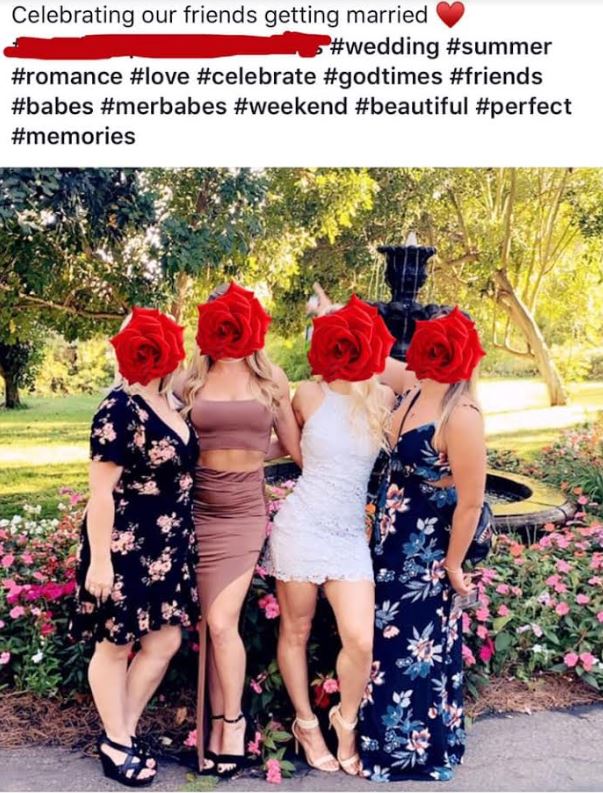 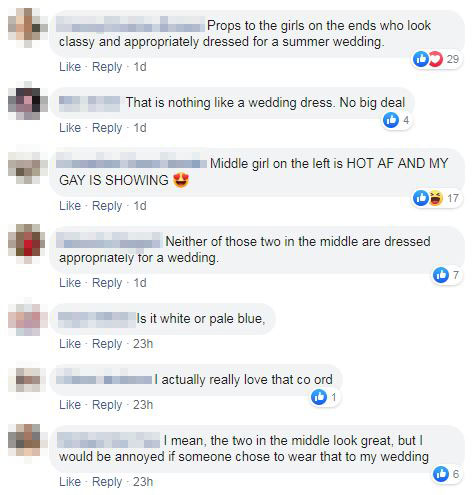 The girls, who are from southern California, USA, posted a picture on social media – captioned: "Celebrating our friends getting married" with a heart emoji.

But the two blondes in the centre have been ripped apart on the Wedding Shaming Facebook group, where strangers accused them of not being "classy" with their choice of outfits.

One woman wrote: "Neither of those two in the middle are dressed appropriately for a wedding."

While a second said: "Props to the girls on the ends who look classy and appropriately dressed for a summer wedding." 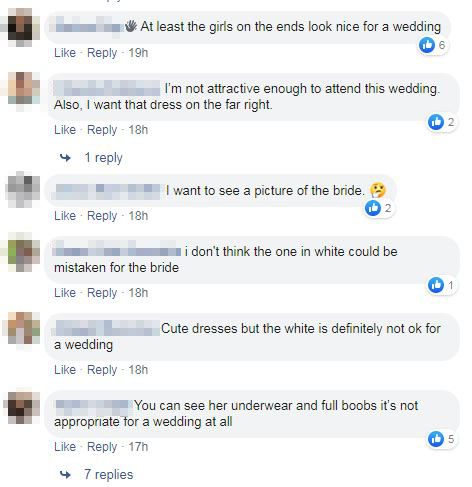 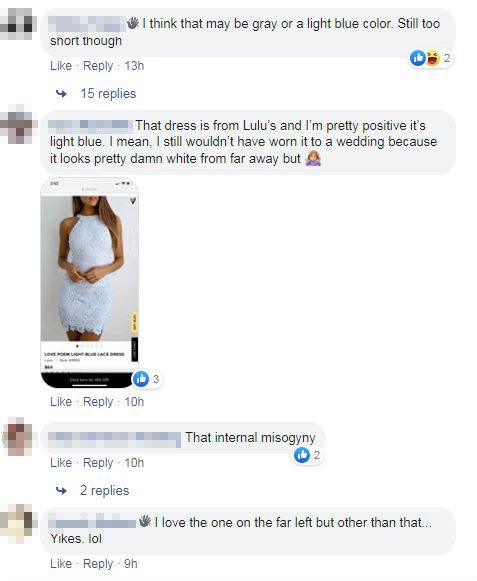 And a third slammed: "The two in the middle look great, but I would be annoyed if someone chose to wear that to my wedding".

Some teared into the woman in pink, writing: "You can see her underwear and full boobs it's not appropriate for a wedding at all".

While another woman said of the one in bridal white: "Cute dresses but the white is definitely not ok for a wedding".

And one mocked: "I love the one on the far left but other than that.. Yikes. lol". 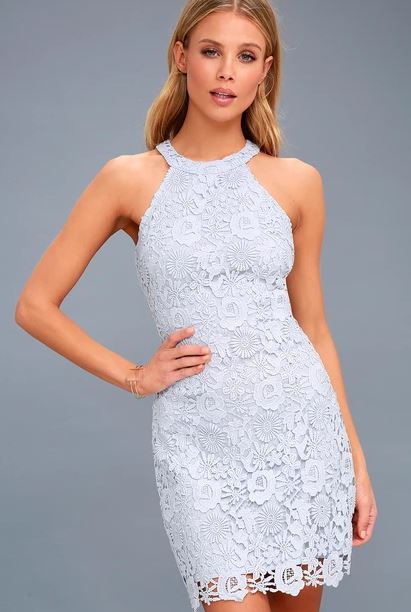 But others said the white dress was fine, because it's short enough to set her apart from the bride.

One wrote: "That is nothing like a wedding dress. No big deal".

While a second said: "i don't think the one in the white could be mistaken for the bride".

And another lass tracked down the actual frock – which is in fact light blue and costs £53 ($64).

She said: "That dress is from Lulu's and I'm pretty positive it's light blue.

"I mean, I still wouldn't have worn it to a wedding because it looks pretty damn but from far away but".

We previously reported on a bride who split opinion after asking if her low-cut wedding dress is too revealing – with some labelling it ‘inappropriate’.

Selena Gomez's Shoes Have Enough Sex Appeal to Turn Us On — Yep, We Said It