IT'S the most important fashion choice you'll ever make – so you can't blame a bride for pushing the style boundaries and wearing a bit of colour on their wedding day.

However, one new bride has been cruelly mocked online after wedding shamers said her quirky two-tone dress looked like it was covered in "period blood". 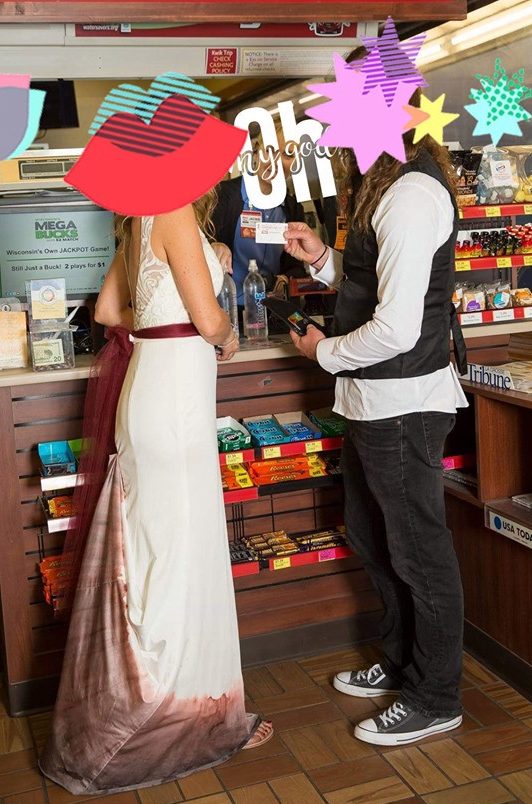 Sharing a photo of the anonymous bride's dress on the Facebook group That's It, I'm Wedding Shaming, a unimpressed user wrote: "I'm all for non-traditional wedding dresses (I wore black to mine) but this dress just looks gross to me.

"My first thought was period blood."

Along with criticising the bride's white gown with red tie-dye detail along the hem and back, the user also mocked the couple's sweet post-ceremony photoshoot at a nearby convenience store.

Unsurprisingly, the group's thousands of members then waded on the anonymous American bride's fashion choices – who also likened a red dip-dyed wedding dress to a "used tampon" earlier this year". 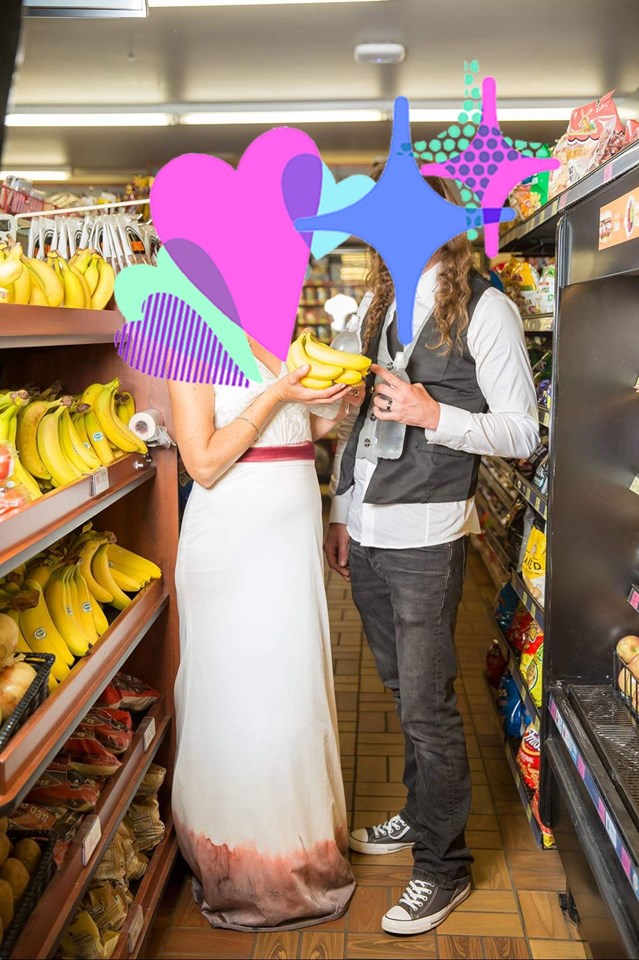 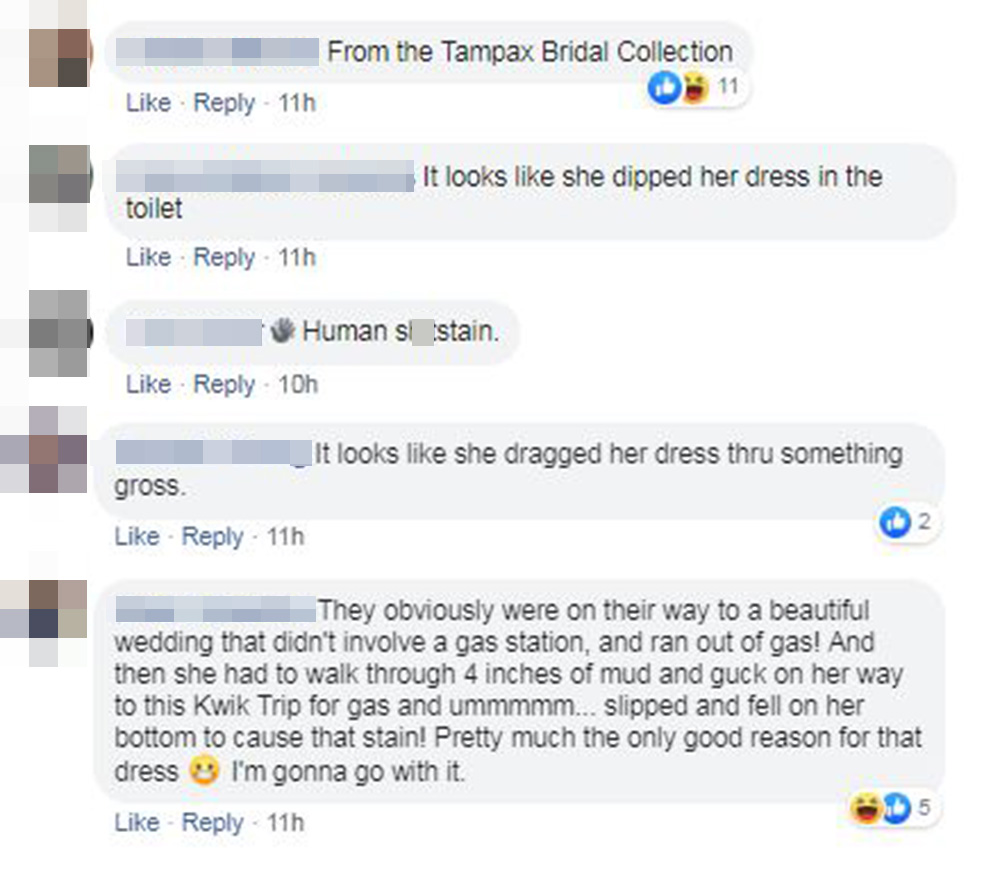 While one joked that the bride's dress was "from the Tampax Bridal collection", another added: "It looks like she dipped her dress in the toilet…" *shivers*

Speculating what possible scenario took the couple to a gas station on their wedding day, a third replied: "They were obviously on their way to a beautiful wedding and ran out of gas"

"And then she had to walk through 4 inches of mud and guck for ummmm… slipped and fell on her bottom to cause that stain – pretty much the only good reason for that dress."

Meanwhile, another user quipped: "The dress was probably white before going in the gas station bathroom."

For more wedding horror stories, this Bridezilla has been mocked for demanding guests still send her a gift even if they can't attend the wedding.

And this bride whispered to the groom she took a "really big dump" before walking down the aisle – not realising he's wearing a microphone.

Plus a maid-of-honour who was told she could "wear anything" to the wedding baffled guests when she showed up in an inflatable dinosaur costume.