Home » Fashion » What is 'Happy Hanukkah' in Hebrew and what is the Chanukah story? The Jewish Festival of Lights explained

THE eight-day Hanukkah celebration gets underway on the evening of November 28 with the lighting of the first menorah candle.

Each candle signifies another day of celebrations, and the ninth candle, called the shamash is lit first to light the far right candle to signify the beginning of the holiday. 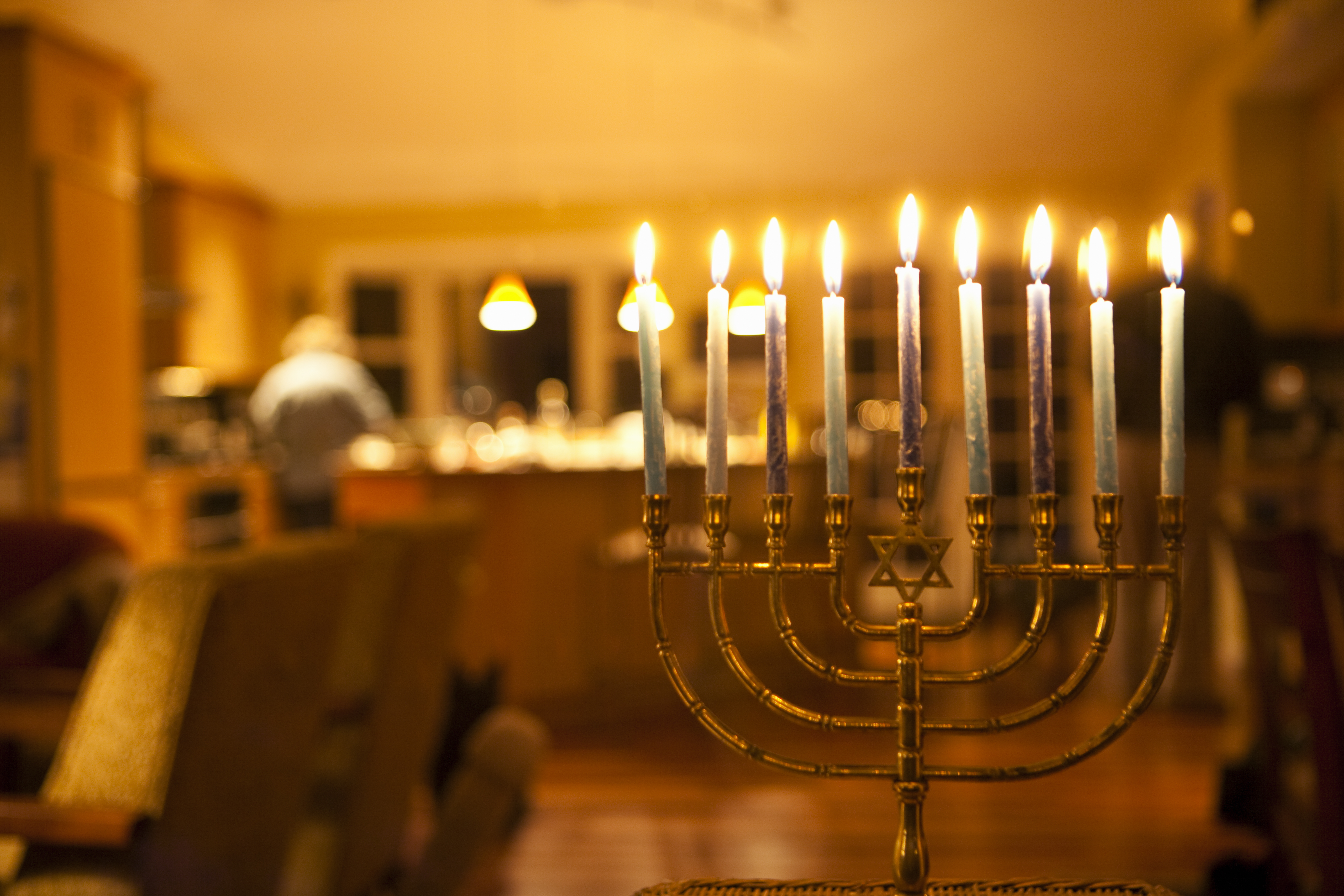 What is Happy Chanukah in Hebrew?

Wishing someone Happy Hanukkah is not the only way to express joy and holiday greetings to those celebrating Hanukkah. The Hebrew translation shows an understanding and appreciation to friends and family.

\However, if you want to specifically wish the person Happy Holidays for the Hanukkah celebrations, you would say, "Chag Hanukkah Sameach!"

This year the Festival of Lights begins at sunset on November 28 and ends on the evening of Monday, December 6.

What is the Chanukkah, or Hanukkah, story?

In Hebrew, Hanukkah is pronounced with the letter “chet” so it sounds like Chanukah and the word means “rededication” and honors the Jews’ struggle for religious freedom.

The story of the beginning of Hanukkah began more than 2,000 years ago when a Greek ruler, Antiochus, imposed the Pagan religion on the Jewish people.

He punished the jews by slaughtering pigs at the alter and dirtying their temple, all the while exclaiming, "You will worship Zeus!"

But two men rose up to fight for their peoples' beliefs. Mattiyahu was an old priest when he and his son, Yehuda, sacrificed themselves to defeat the cruel ruler. A band of followers battled alongside the father and son, eventually overtaking the Greeks to win back their home and their freedom.

The Jewish people rejoiced and cleaned their temple for rededication, but only one bottle of blessed oil remained. There was just enough to light one candle.

To the surprise of the people, the oil burned for eight days until more pure, blessed oil arrived.

And so, every year since that fateful battle, as the story goes, the Jewish celebration of Hanukkah commemorates the tenacity and willpower of the Jewish people.

What are the Hanukkah traditions?

Aside from lighting another candle on the menorah each night, Hanukkah is considered one of the most important holidays for Jews although it is not mentioned in the Torah.

The reasoning is the tradition arose from historical events that occurred centuries after the Torah was written.

Celebrations include gifting one present for each night of Hanukkah and children are given Hanukkah Gelt which is chocolate wrapped coins that are also used to play dreidel.

Families will also serve up Latkes, meaning pancakes in Yiddish. The Latkes are potato pancakes cooked in oil and are traditionally served with applesauce and sour cream.

Sufganiyot is another food consumed during Hannukah. They are jelly-filled donuts that are then fried in oil and topped with powdered sugar.

The Best Performance Outfits From The 2021 Grammy's

It Was ‘Like We Were in Love in Another Life’