Home » Fashion » Which celebrities smoke? From Zayn Malik and Prince Harry to Holly Willoughby, the celebs who puff and the ones who've given up

MANY stars have made empires out of healthy living through diet and exercise, and regularly show off their toned figures.

But it may surprise you to know that many well-known stars enjoy a smoke – despite knowing just how bad it is for them. These are the celebrities who have been fans of lighting up… 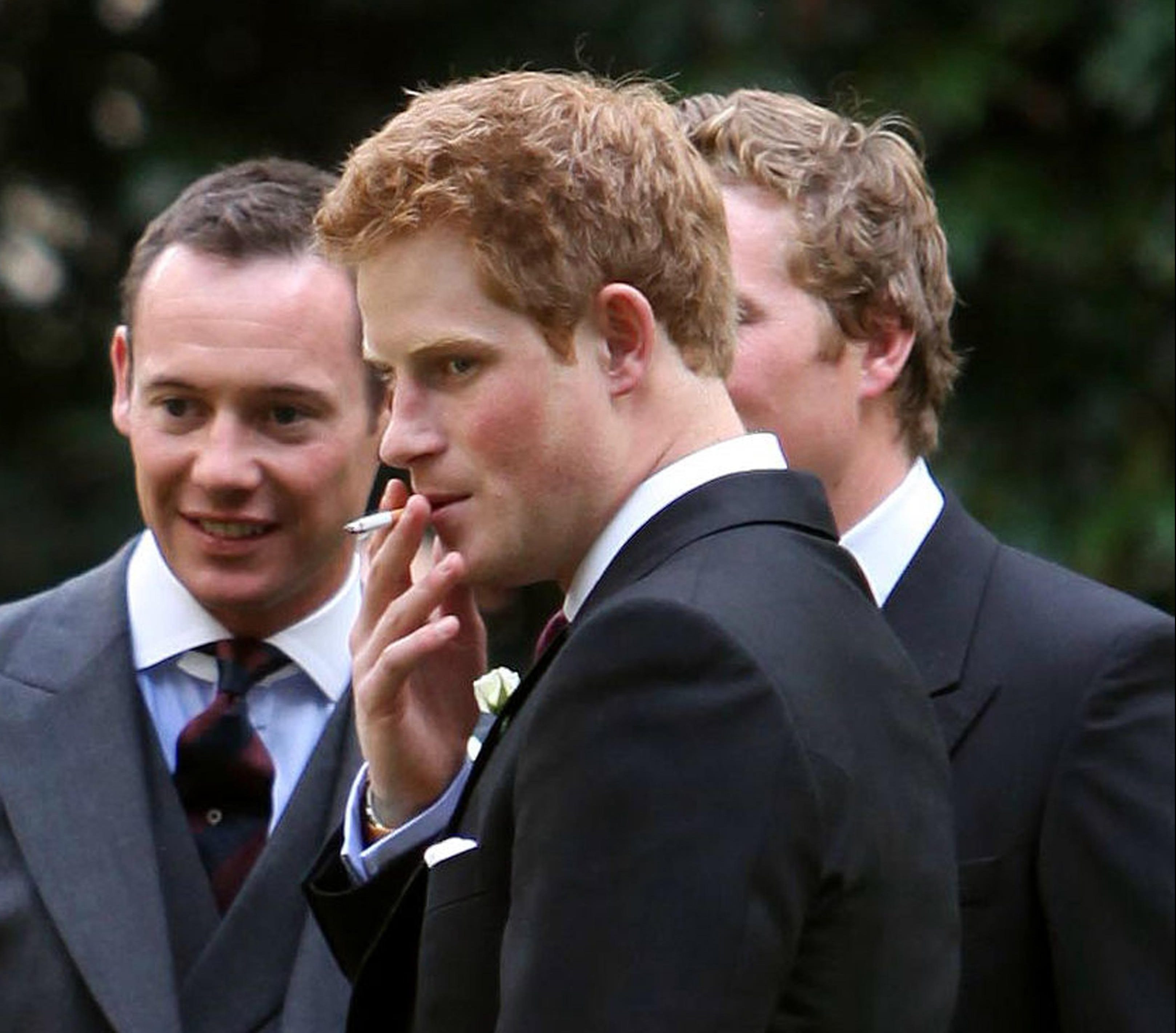 The Titanic actress, who famously rolled her own cigarettes, picked up the habit on the set of Sense and Sensibility when she was 19.

Speaking to Vanity Fair in 2008, the star said: “I don’t smoke around my kids.

“Like that makes it any better that I smoke at all, because obviously it doesn’t. But I don’t smoke in the house.

“I mean, I had a cigarette this morning, which is because I hadn’t been. Coffee and a cigarette: bingo!”

It's not known if she still continues to light up today. 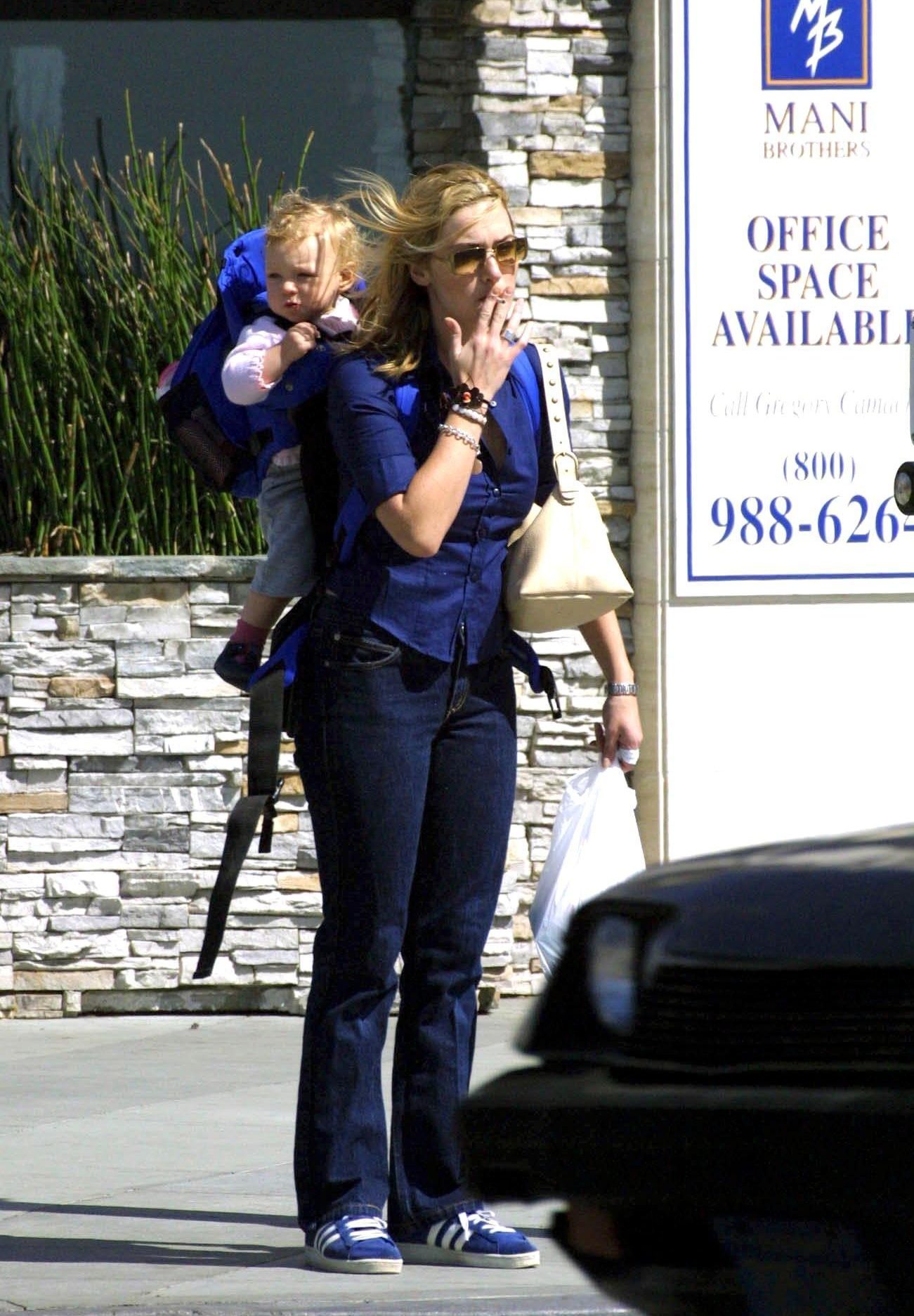 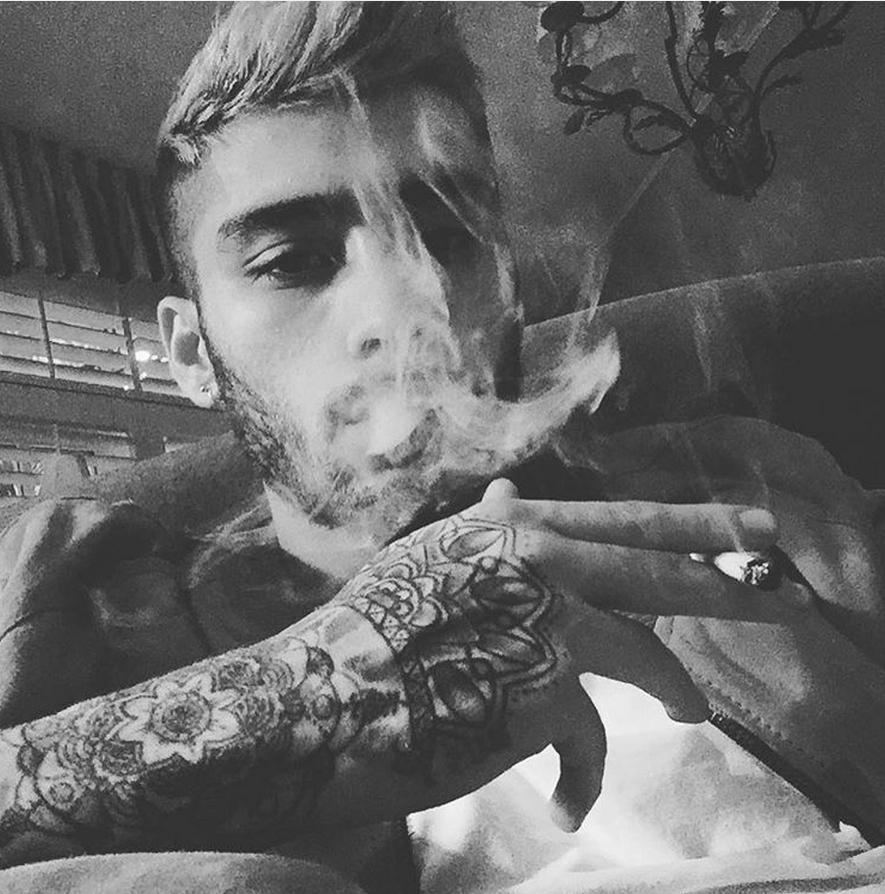 Former 1D-er, Zayn Malik, is also a fan of lighting up.

The pop star has been spotted puffing away on numerous occasions throughout his career, and even has a tattoo on his hand of a woman’s lips with smoke curling out.

He regularly posts smoking selfies to Instagram, prompting fans to beg him to quit.

Who knows if he has kicked the habit with the arrival of his new baby daughter with model girlfriend Gigi Hadid. 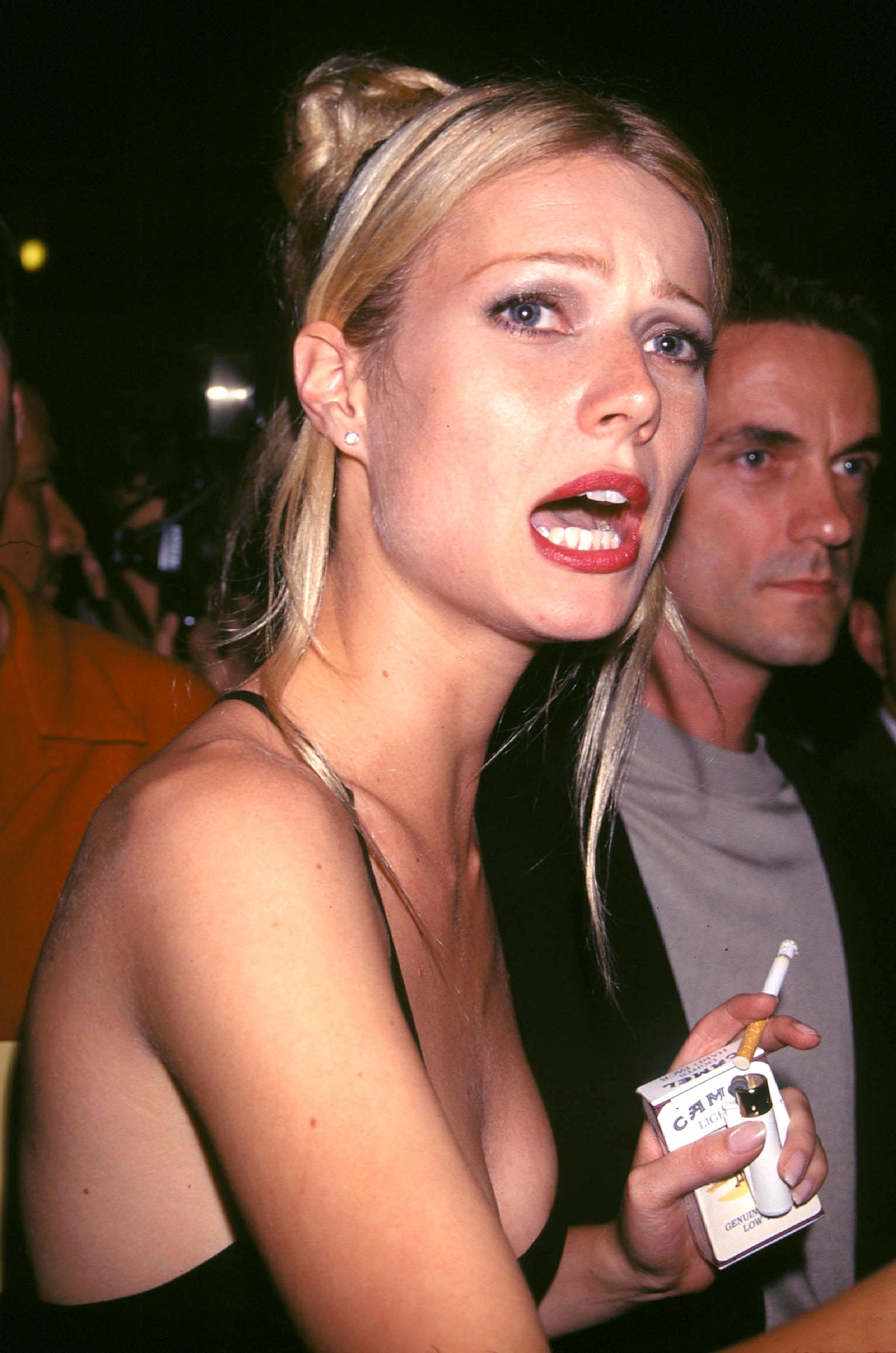 She famously enjoys a healthy lifestyle and dedicated workout regime, but it seems even Gwynnie has a vice.

The mum-of-two, who recently wrote a healthy eating cookbook, admits she allows herself one cigarette per week.

Speaking to Harper’s Bazaar about her guilty pleasures in April, she said: “My one light American Spirit that I smoke once a week, on Saturday night.”

In December 2017, we revealed she took lessons on how to smoke dope using a vaping device.

The clean-living actress enlisted the help of celebrity cannabis guru Maya Cooper in California, where the drug is legal. 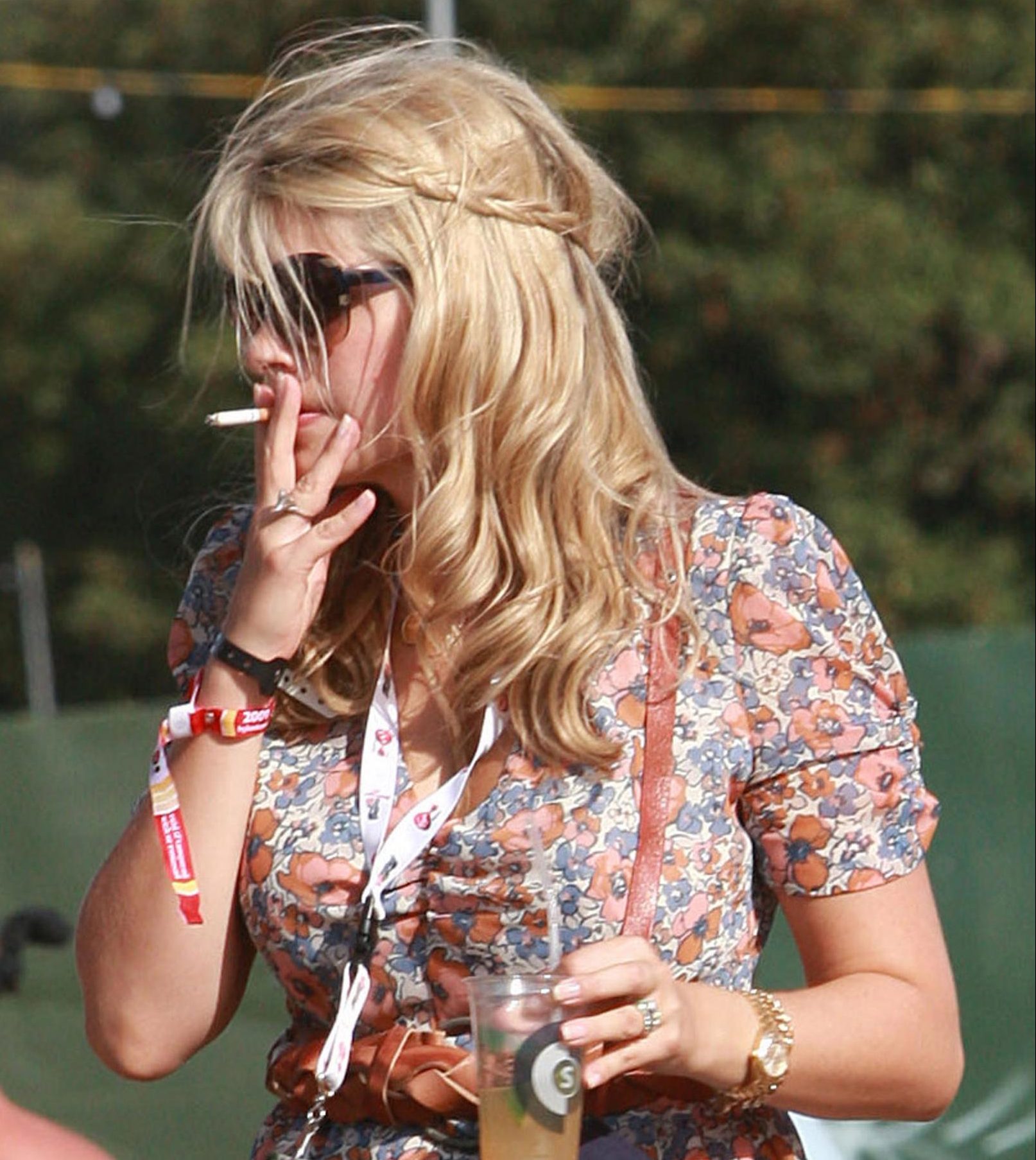 Holly smoke – she’s at it too!

The This Morning presenter was snapped taking a drag at a sun-kissed V Festival in 2009.

The mum-of-three was also pictured lighting up with Made in Chelsea star Francis Boulle.

She may have left the habit in the past now though. 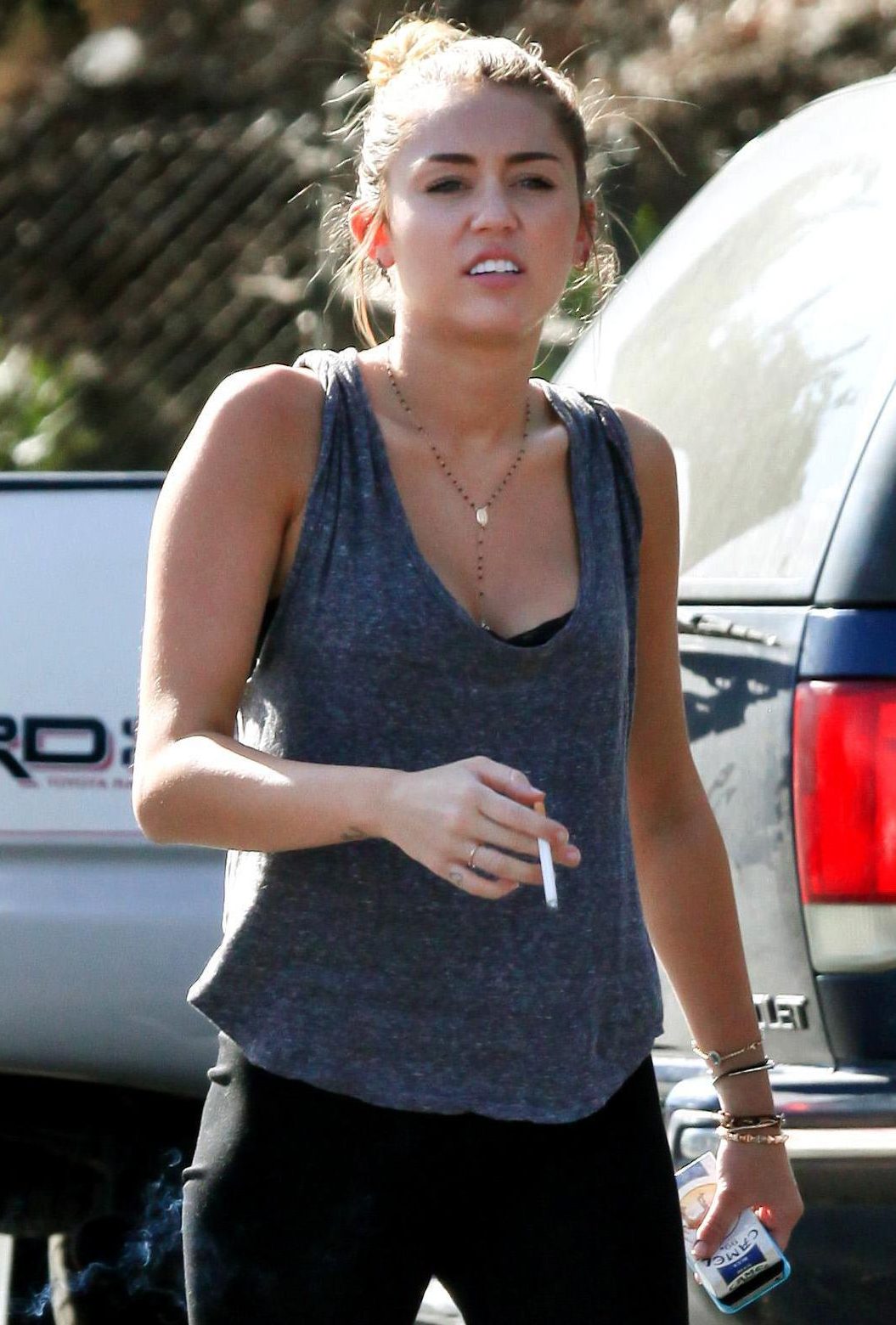 There have been numerous shots of Wrecking Ball star Miley Cyrus walking around with cigarettes.

Miley Cyrus revealed she has ditched drugs and plumped for clean living after suffering a harrowing nightmare in which she witnessed herself DIE live on TV.

Whether or not the odd cigarette is allowed is another question.

She may be a clean-cut star, but this mum-of-three has been frequently spotted enjoying the filthy habit.

The Sin City actress reportedly turned to fags to ditch her pregnancy weight after giving birth to daughter Haven in 2011.

A source close to the star said: “She’s been chain smoking lately to keep her appetite at bay.

"Jessica struggled with an eating disorder in her teens and when she’s under pressure to look good for a part, she can slip back into extreme behaviour.” 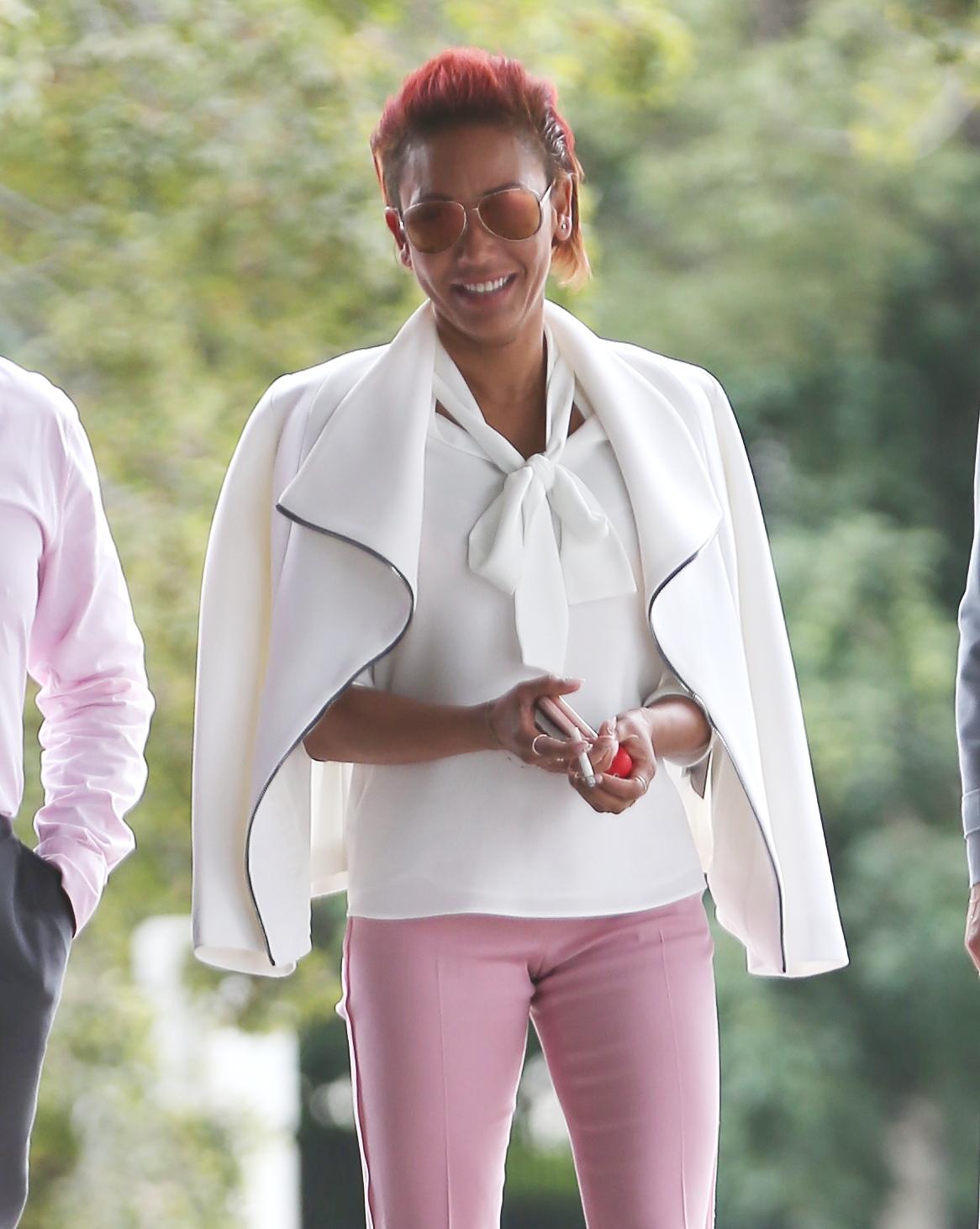 Spice Girl Mel B has been captured smoking many times, but that hasn't got in the way of her releasing several fitness DVDs.

She even has a fitness game for PlayStation which includes meal plans and exercises.

Mel also has a three-disc fitness DVD series that she released in 2008.

She’s been known for having a smouldering cigarette between her lips on set — but who knew the stunning actress was partial to a puff off-screen too?

The English rose has been caught puffing on an unsightly brown cigar as she strolled the streets with a guitar slung across her shoulder.

It looks like she’s taken a leaf out of rock star hubbie James Righton’s book.

Which celebrities have quit smoking?

Prince Harry has allegedly kicked the habit since getting married to Meghan Markle.

He wasn't a frequent smoker but was occasionally pictured lighting up, including  one time outside a pub in Chelsea on his 31st birthday.

However he said to have stopped ahead of the royal wedding in May 2018. 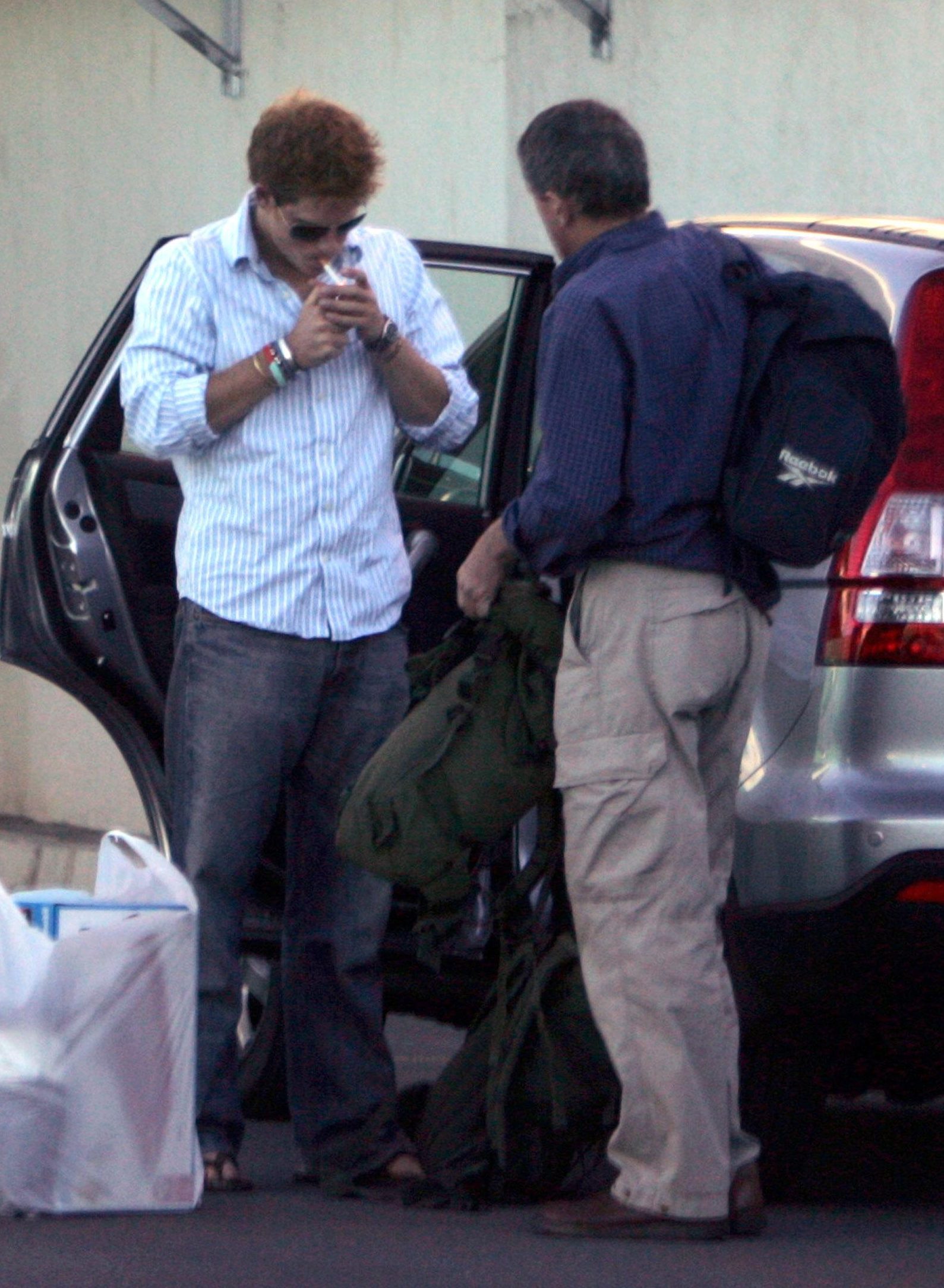 A source told the New York Daily News at the time: “It’s no secret among friends that they want to start a family immediately.

“One of the reasons she got him to quit smoking is because smoking affects sperm production.”

Liam previously told how he's quit smoking after becoming a dad to baby Bear in 2017.

He told Kiss FM: "I stopped smoking, that’s the best thing ever. Honestly, anyone out there who’s trying to stop smoking, just do it, honestly.

"I just did cold turkey, I knew my son was coming, and I was like, I’m not gonna be smoking with my son, that’s not right.

"My life’s not my own any more now, it’s not mine to decide, so smoking had to go." 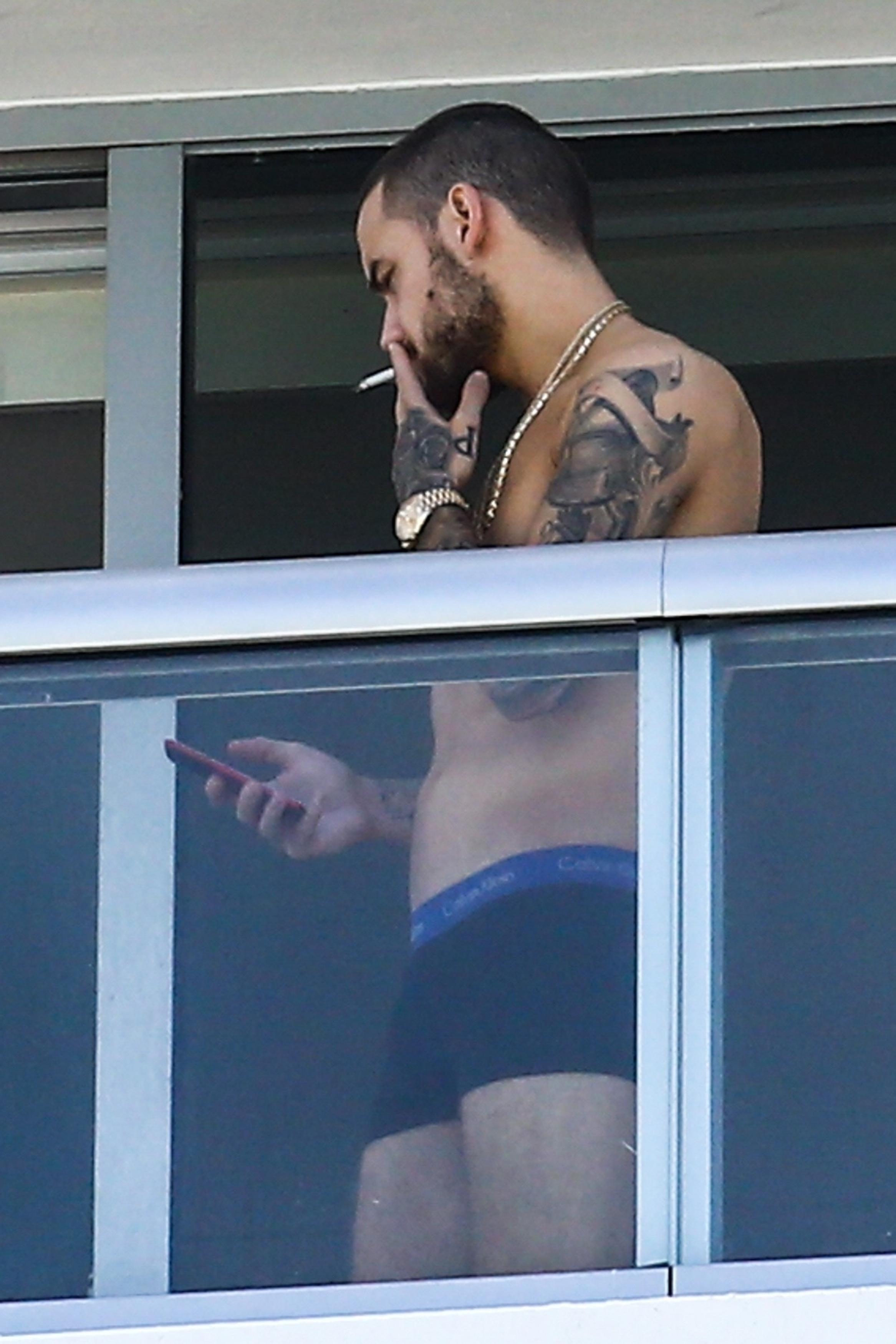 However, the pop star was spotted puffing away a few months later, admitting that "everyone has their vices".

The Sun reported in 2018, that Liam gave up smoking for a second time, using hypnotherapy.

Liam reportedly turned to expert Max Kirsten, who has helped stars including Ewan McGregor and Adele kick the habit. 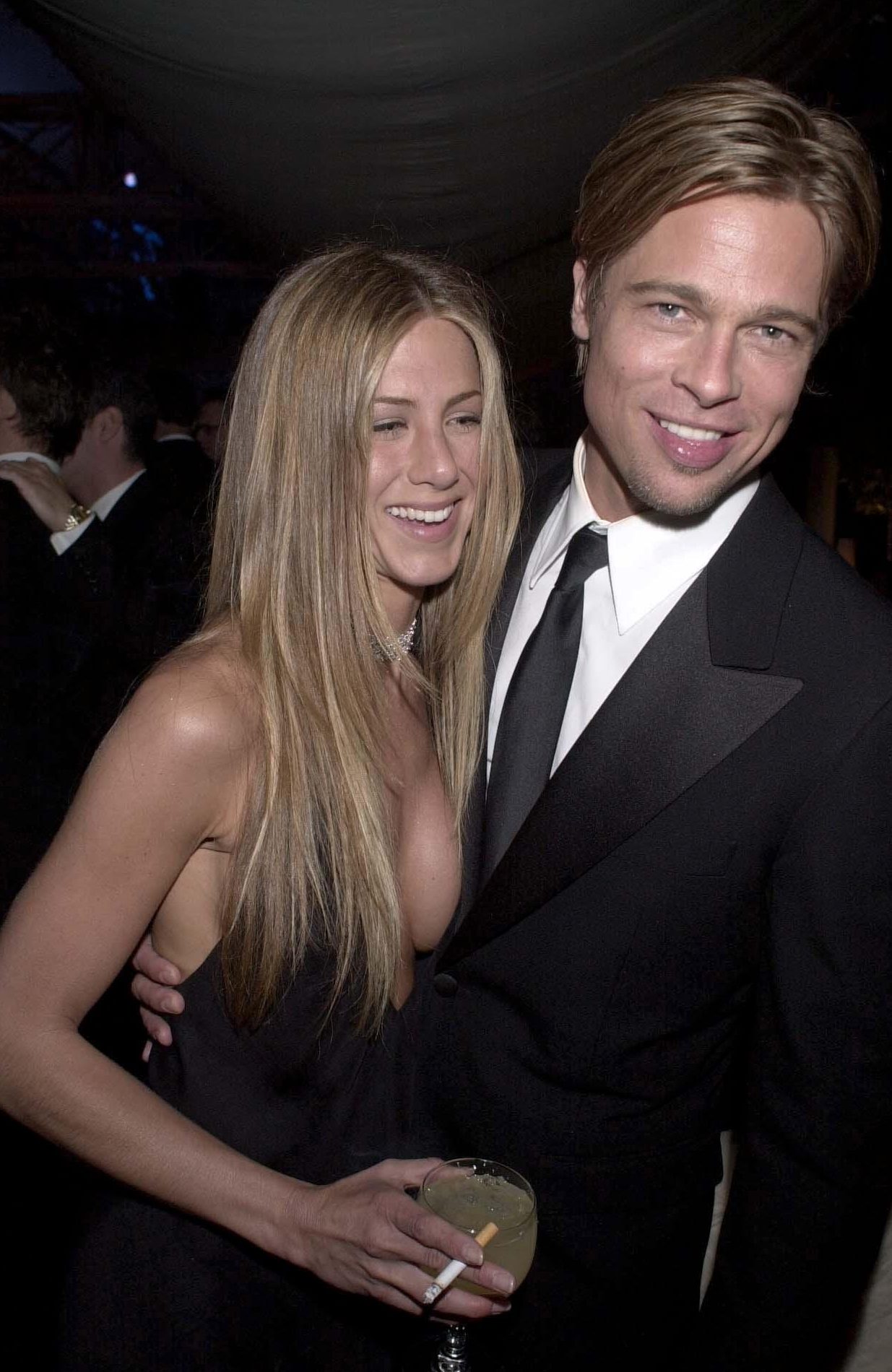 Jen was pictured with ex-husband Brad Pitt on her arm and a fag in hand – but neither stood the test of time.

The Friends actress finally quit the habit in 2011, after pledging to “eventually quit smoking” in 2002 – but she claimed it made her gain weight.

Speaking to Hello magazine in 2011, she said: “It’s just I quit smoking, so I’ve gained a couple of pounds”.

As for Brad, the pair divorced in 2005 after five years of marriage. 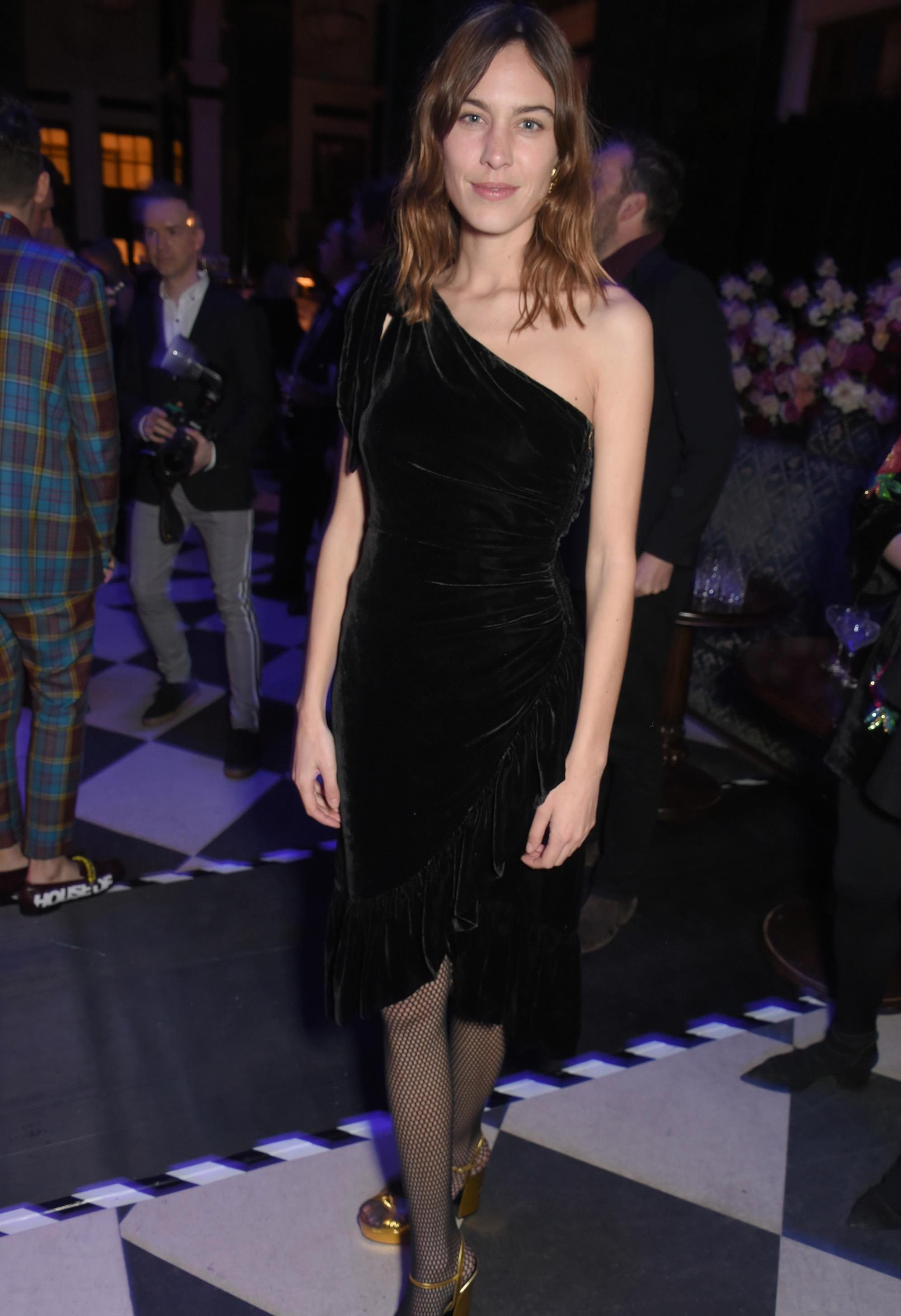 Fashion guru Alexa Chung was regularly spotted having a drag on a cigarette.

However it seems she has now kicked the habit and confirmed as much on Twitter.

Other stars who have quit smoking include: