LEAVING a tip in a restaurant is something most people do without a second thought.

But one woman has been left terrified after her waiter used it as an excuse to send her a "creepy" note offering to sexually pleasure her. 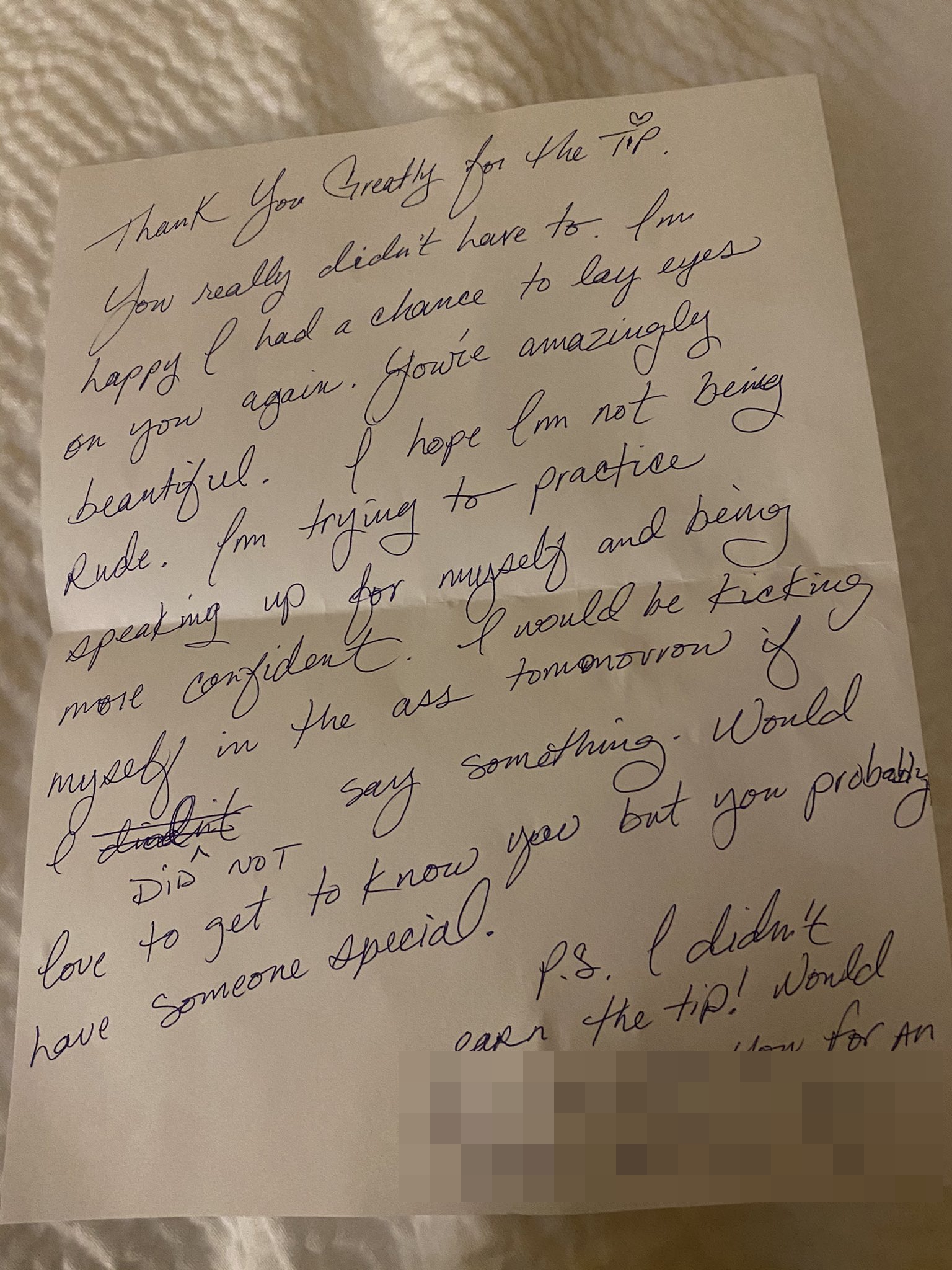 Earlier this month, the anonymous woman shared a picture of the letter which her server slipped under her door at 11:30pm after a meal on Twitter.

"Thank you greatly for the tip," it read. "You really didn't have to. I'm happy I had the chance to lay eyes on you again. You're amazingly beautiful."

The waiter then goes on to say that he is trying to work on his confidence and that he'd "kick himself tomorrow" if he didn't try his luck with the customer.

Acknowledging that she probably already has "someone special" in her life, the man ends the note by saying he "didn't earn" his tip and he'd like to make up for it by pleasuring her for an hour.

I didn't know his name and I didn't want to have to talk to him. I was scared because he worked there and had access to my keys.

Speaking to The Mirror, the woman said: "When I checked out I left the note on the back and said I had a boyfriend as a way of protecting myself."

As he was the only man working in the hotel, the woman says she did not report him because she feared he might be able to get into her room.

"I didn't know his name and I didn't want to have to talk to him," she added. "I was also kind of just scared because he worked there and had access to my keys."

"That’s truly disgusting and inappropriate," one replied. "I’m so sorry."

Another added: "This started off so formal and polite and then…"

"Horrifying," a third wrote. "I hope he was fired and you got your money back."

For more viral stories, this panicked mum rushed her son to A&E after spotting ‘hole’ in his mouth – then realised her awkward blunder.

And this fuming mum was threatened with arrest because her shorts are ‘too short for a theme park’.

Plus this millionaire heiress who spends £100 on food a DAY was disgusted as she tries Pot Noodle for first time on Rich Kids Go Skint.

I had a boob job to feel sexy but it just left me numb, says Love Island star Anna Vakili

Daily Chinese Horoscope Monday February 8: What your zodiac sign has in store for you today