A WOMAN was shocked to discover a ‘creepy basement’ in her house after pulling up her old carpet.

TikTok user @unfortunateexistence had no idea the space existed before she went to replace the carpets on the ground floor. 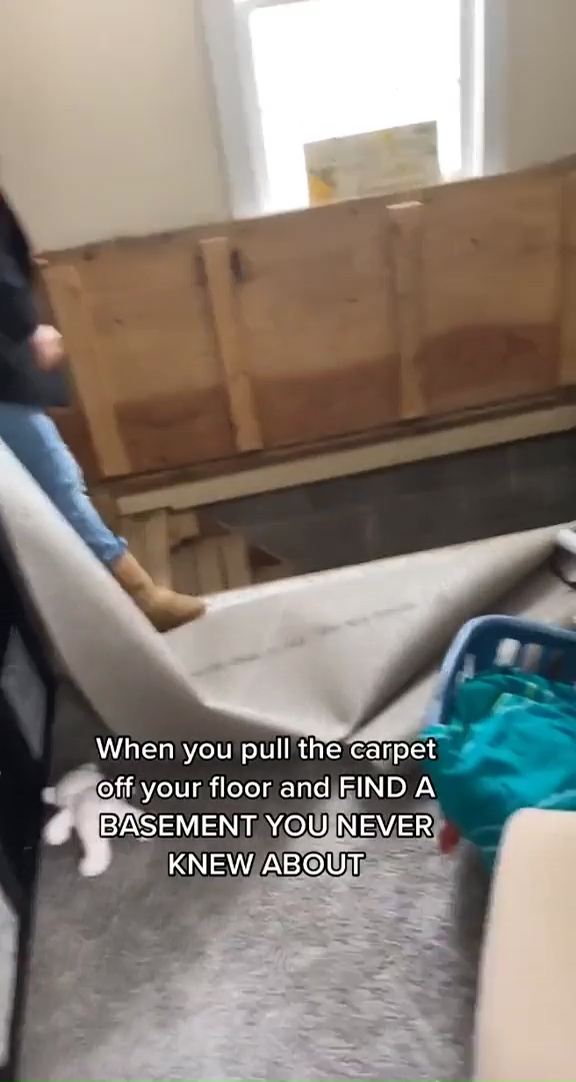 She shared her discovery in a video on TikTok where she can be heard saying, “We have a basement, like look, we have a f***ing basement.”

Captioning the video she wrote: “When you pull the carpet off your floor and FIND A BASEMENT YOU NEVER KNEW ABOUT.”

The video has since gone viral, receiving over 4.5 million views, with many viewers left “creeped out” by her discovery.

Commenting on the video, one wrote: “Nah this is how horror films start, I’d leave.” 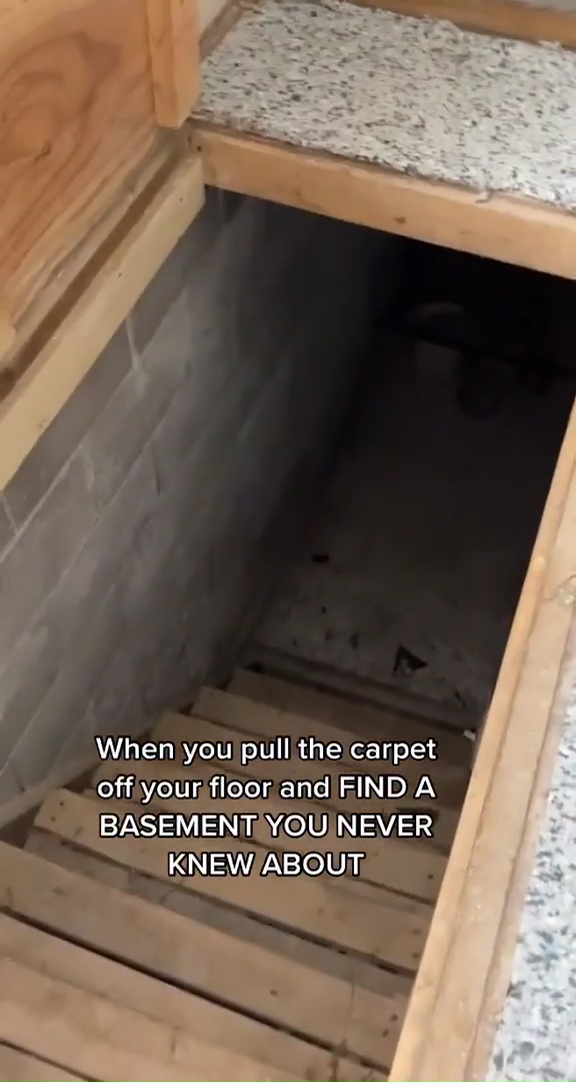 “Girl close it before you release the demons,” joked another, while a third added, “Just cover it up and pretend like you never saw it.”

And it seems that viewers may have a point after the mum shared an update on the basement.

Speaking in the video she saud: “Just a few seconds after we took the first video there was like a humming noise and my friends were freaked out and wanted to go home.

“I’m not going to go down there, I’m pretty afraid, it’s very unsettling the vibes are not immaculate. 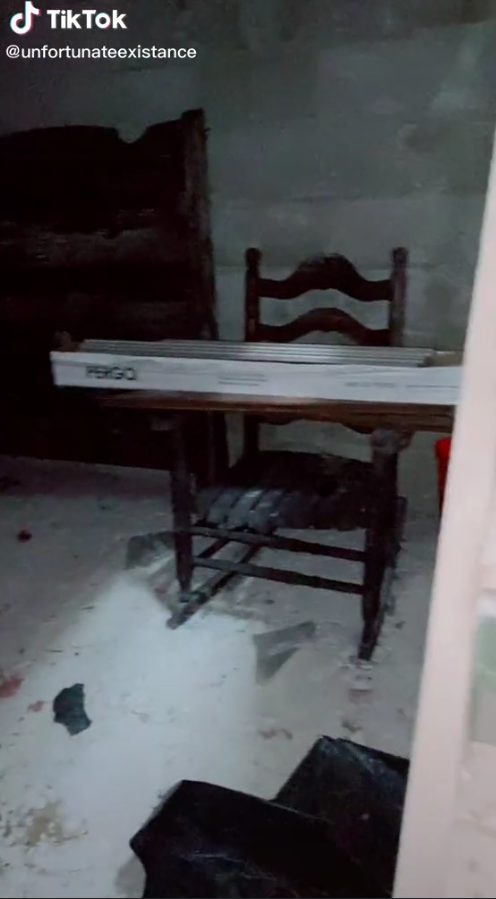 Eventually the mum plucked up the courage to go down stairs and discovered nothing more than an old chair and a few “red stains” on the floor.

She found that the basement also led to other rooms but said she wasn’t prepared to venture into those.

Rihanna Throws It Back to 1999 (Literally!) with Vintage Jeans and a Fuzzy Hat: See Her Look