A DISNEY-fan decided to walk down the aisle in a bespoke pair of heels featuring her favourite characters, but her shoes have been compared to a kid’s birthday cake.

Disney princesses are a big inspiration for brides on their wedding day, but one woman wanted to incorporate some lesser known characters into her big day. 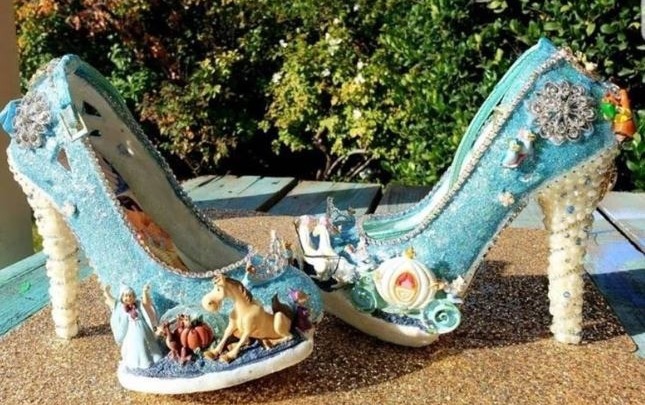 The bride opted for a custom pair of blue shoes, featuring Cinderella's carriage, her fairy godmother, a pumpkin and other bizarre designs.

Her garish shoes have been finished with pearls and jewels, with a gem trim around the edge and crystal snowflakes on each side.

Despite looking like a complicated and time-consuming creation, the shoes have been branded ‘hideous’.

A snap of the footwear was uploaded to Facebook group That’s It I’m Wedding Shaming, where it’s racked up dozens of comments. 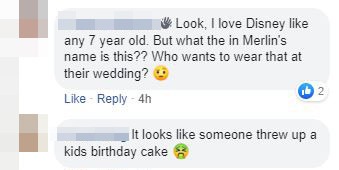 People have compared the shoes to everything from a birthday cake to footwear for a drag show, with one person saying: “They look horrifically uncomfortable.”

Someone else wrote: “I thought that was a hideous cake. Not a pair of whatever they are.”

A third commented: “It looks like someone threw up a kids birthday cake.”

I thought that was a hideous cake

Another person thought: “Look, I love Disney like any 7 year old.

“What that in Merlin’s name is this?? Who wants to wear this to their wedding?”

While somebody else added: “Those would look bomb on the right drag queen though.”

While this groom demanded his fiancee ban her sister from the wedding in case people get confused.

Plus this bride showed off her Colin the Caterpillar themed wedding cake – and people love it.

For more wedding stories, these brides were in hysterics over "phallic" mushroom wedding decorations.

Where to buy eBay return pallets in the UK