A WOMAN has revealed how she upcycled an old swing seat for her sister using budget buys from Home Bargains. 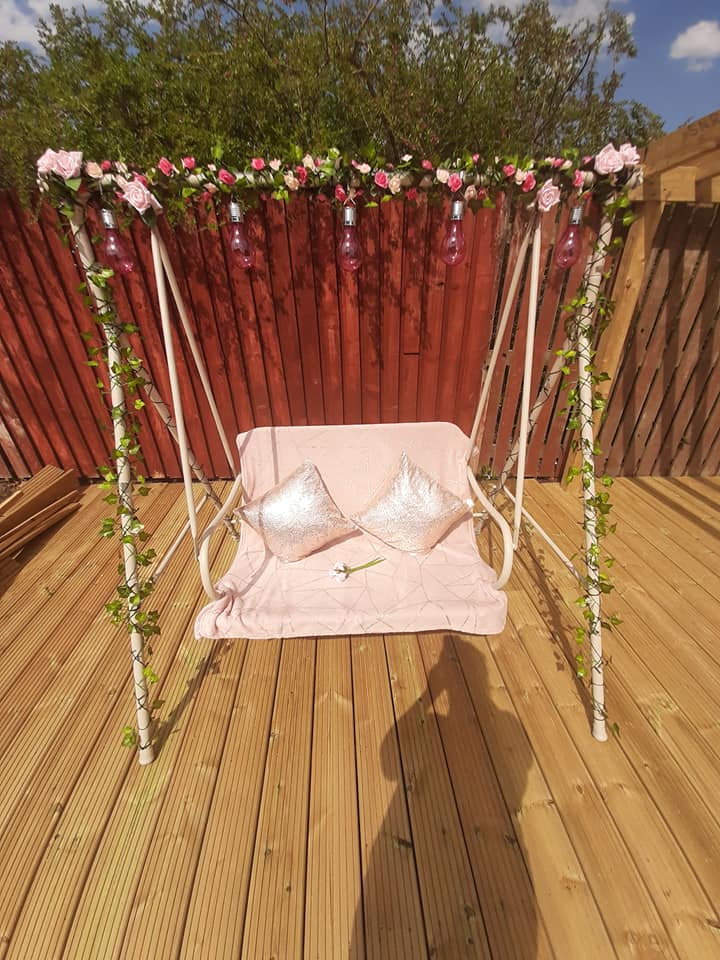 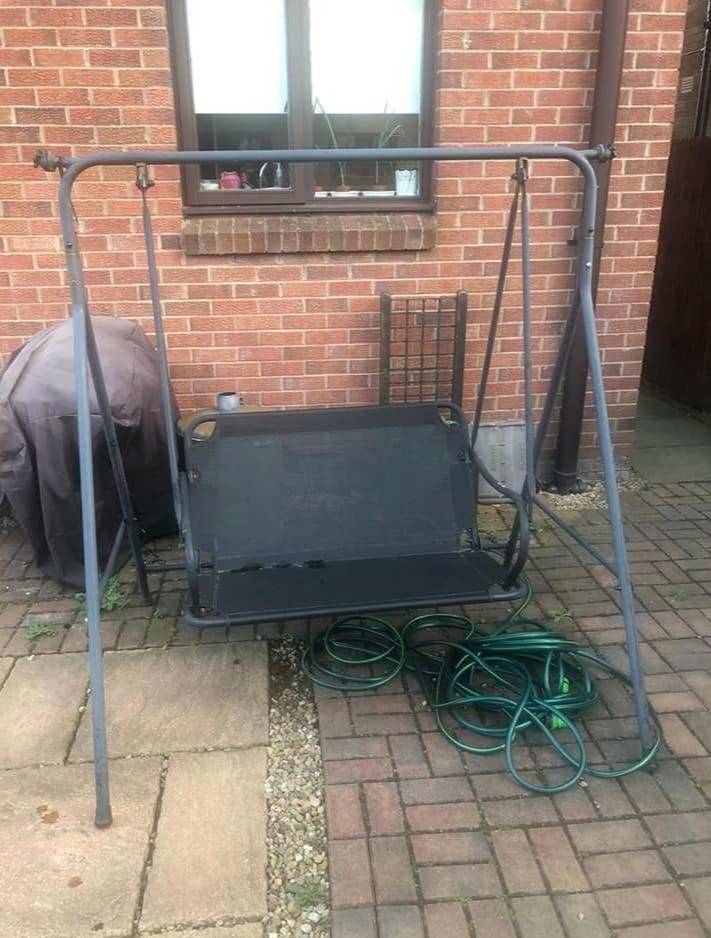 Her sister has inherited the swing with her new house, and while in good condition it was a “little dull.”

But Paula was able to breathe new life into it with a very girl makeover.

Captioning her before and after snaps she wrote: “I finished it today and I have to say, I love it!. I'll be looking for one myself lol.”

She began by sanding down the furniture before spray painting it with Rust-Olem Garden furniture spray paint in Hessian, costing £20 for two tins, and letting it dry for a few days. 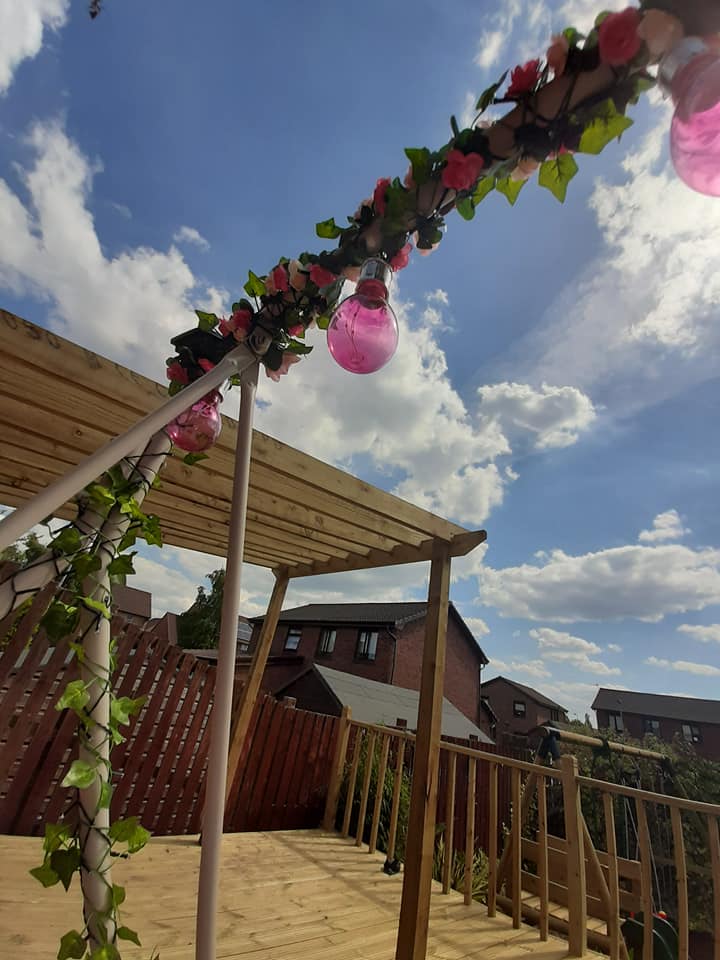 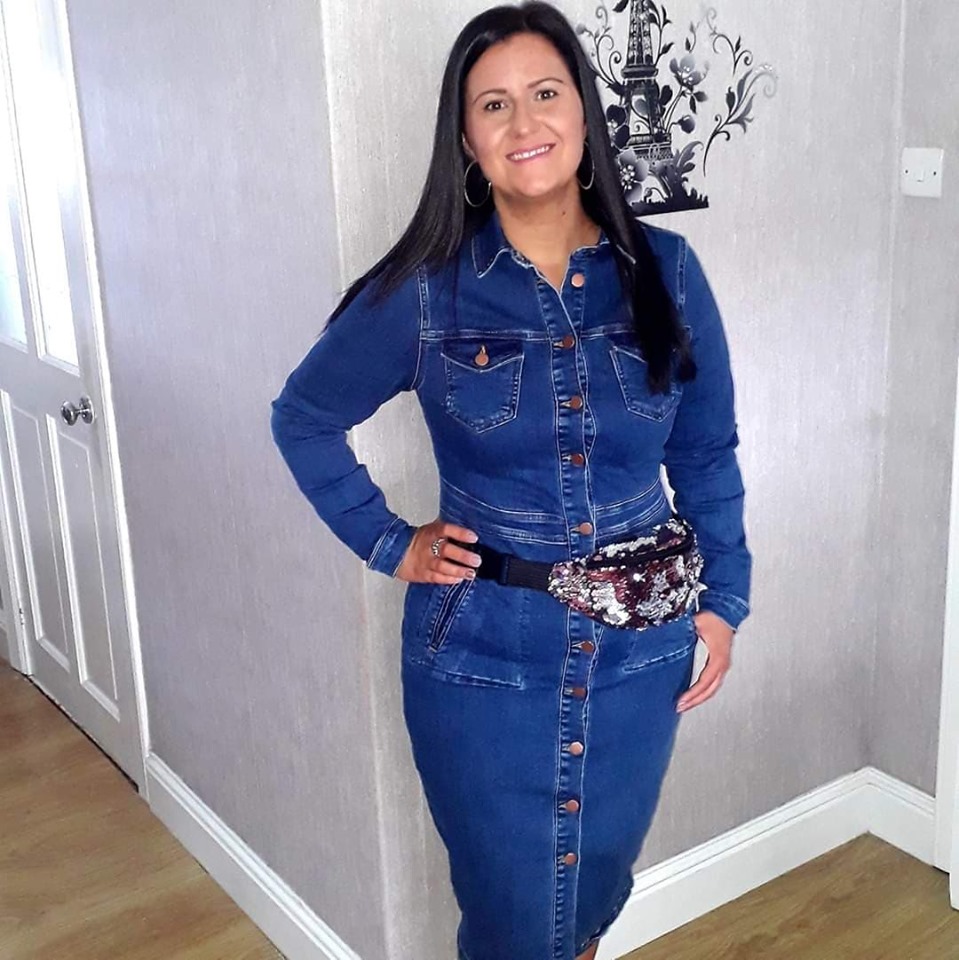 The sister picked up the solar fairy lights for £4.99 in Home Bargains, using cable ties to secure them in place.

Adding to the fairytale feel she used fake ivy, costing £10.99 for a pack of six from Home Bargains and the crowning glory of the flowers were £11 for a pack of two at Amazon, while the smaller roses were another HB find at £2.99.

She finished the seat by adding cushion covers costing £5.69, with the DIY fan estimating she spent around £80 in total. 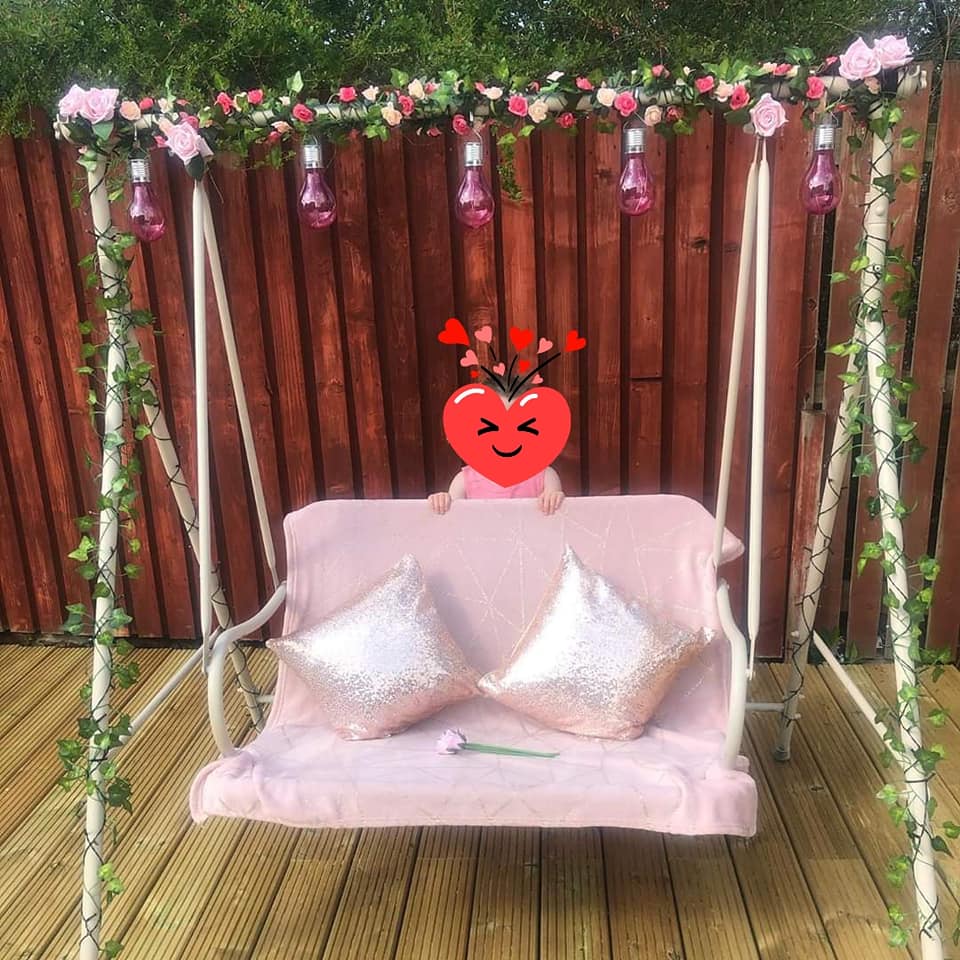 Fellow group members were amazed at her handiwork, praising her DIY skills in the comments.

One wrote: “Looks amazing. I have exactly the same swing think I might need to nick a few of your ideas.”

“So pretty – a lovely upcycle” said another, with a third adding, “Wow that is beautiful.”

In other DIY news, a mum shared how she made a hotel worthy day bed using old pallets.

And this family made a swimming pool in her garden using hay bales.

Plus this dad made a stunning playhouse for his daughter using an Ikea bed frame.