A WOMAN whose enormous size 40I boobs hit her in the face during sex and 'clapped' as she walked claims her life has been transformed after getting a breast reduction.

Senetisiwe Ginindza said she was both "physically and mentally" weighed down by her "watermelon" breasts that weighed 6.5lbs each as she suffered from gigantomastia. 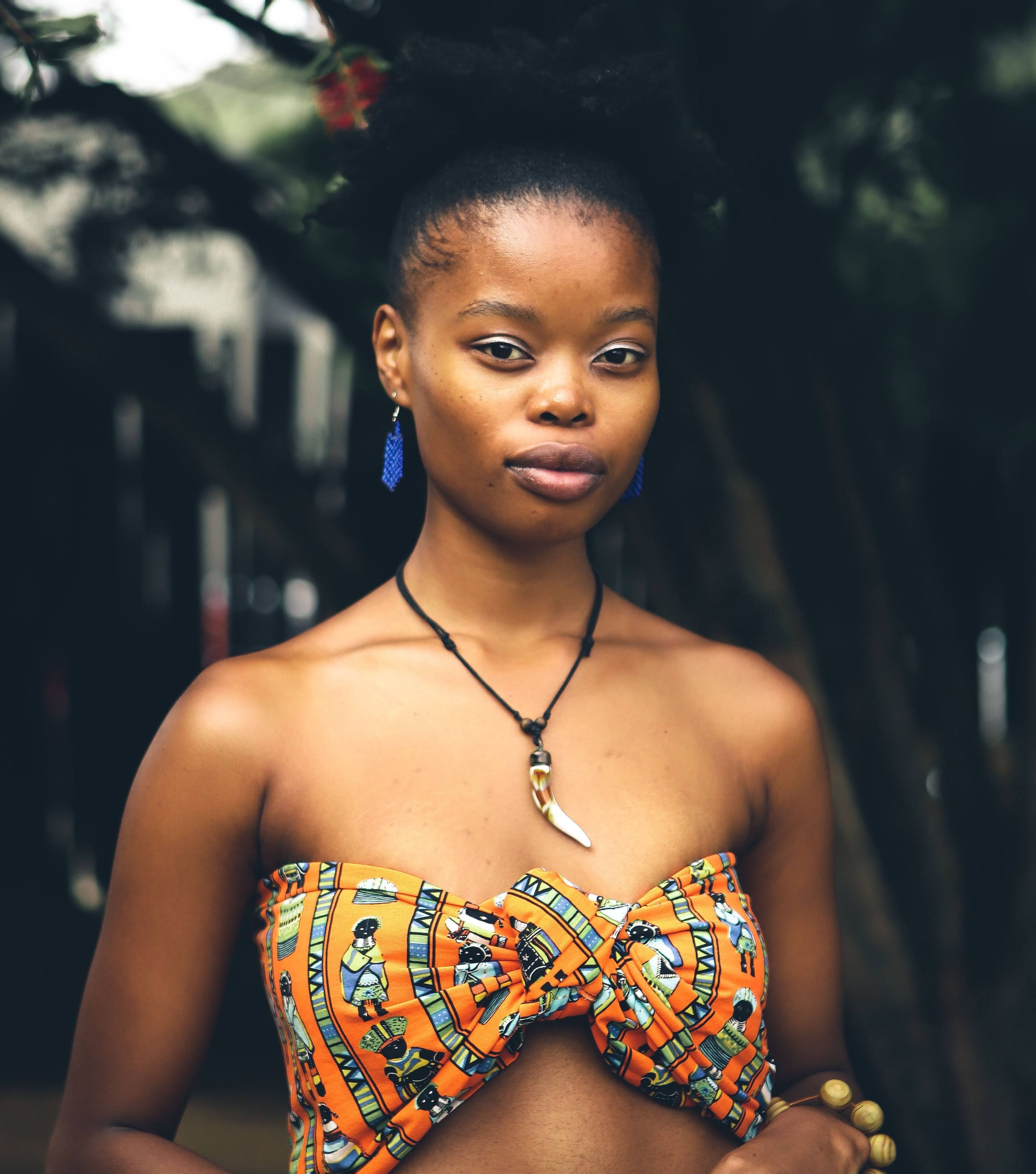 The 23-year-old's boobs were so heavy that she eventually had to stop wearing bras entirely as the straps left her with painful blisters on her shoulders.

It even got the point where Senetisiwe feared leaving her home as she was inundated with lewd comments from strangers who would touch her without her permission and ask whether her breasts were fake.

The poetry perfomer, based in Midrang, South Africa, said: “I was 15 when my breasts suddenly grew very large in a short space of time and when I started wearing a bra I was a D cup."

After years of feeling objectified, Senetisiwe decided to reduce her size 40I breasts to a C-cup which involved a gruelling four hour operation. 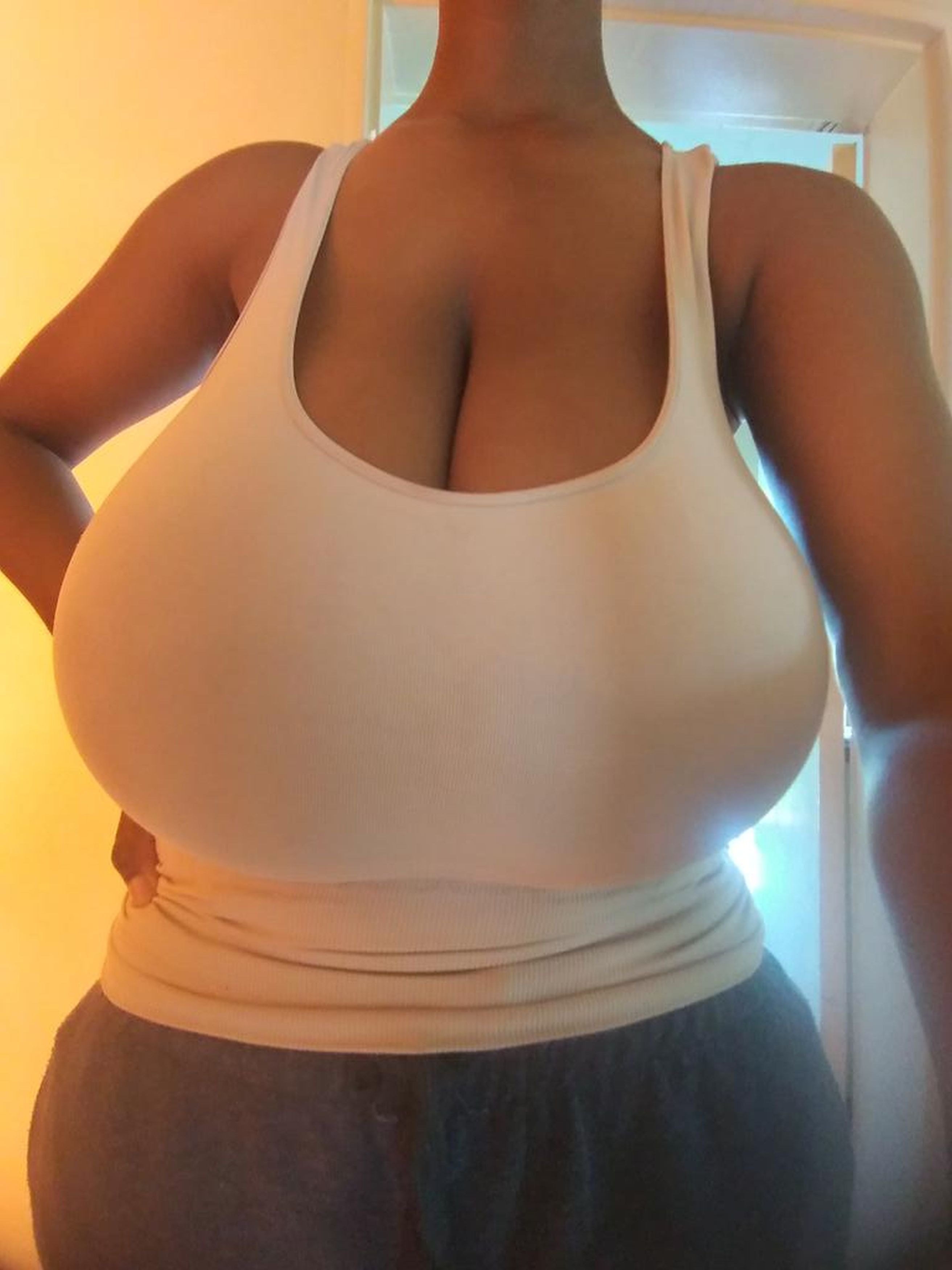 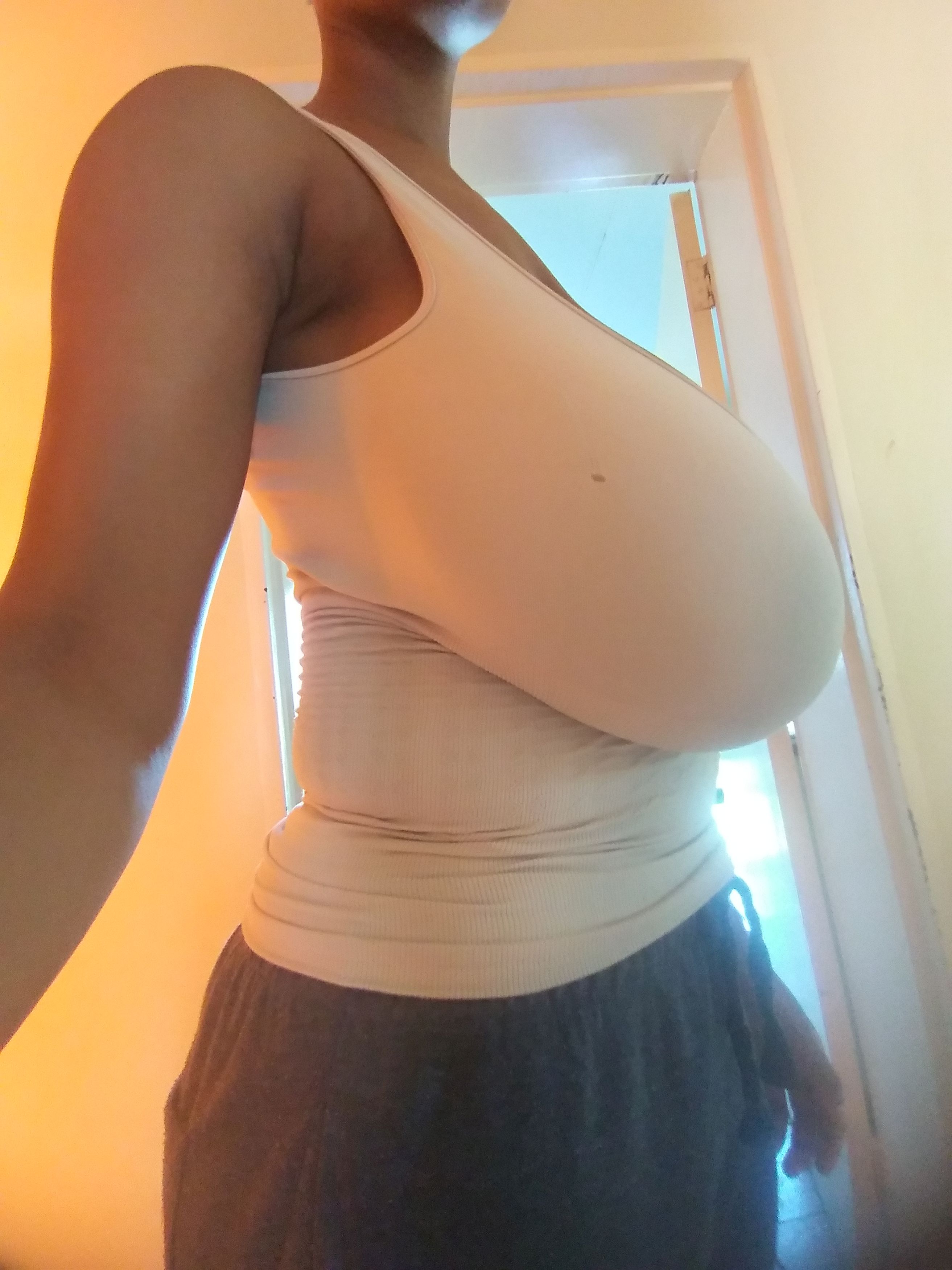 Explaining how her breasts interfered with everyday life, she said: "I've always been very tiny with a small waist so when they grew they weren't in proportion with my body, they were like watermelons.

"When going down the stairs or even walking they’d clap against each other which was very uncomfortable – I had to hold them all the time as they were big and hanging.

"Running was very painful as they’d bounce up and down and be up in my face."

What's more, Senetisiwe says her boobs also made her feel insecure in the bedroom.

She added: "I would be very insecure about having intimate encounters with my partners because my breasts were so big and I didn’t know how they’d react.

Gigantomastia is a rare condition that causes excessive growth of female breasts. Its exact cause isn't known and it can occur randomly, but also during puberty, pregnancy, or after taking certain medications.

The breast growth can happen over the course of a few years, but there have been cases where a woman's breasts grew three or more cup sizes within a few days. Other symptoms include breast pain, posture problems, infections and back pain.

While gigantomastia is considered a noncancerous condition, it can be physically disabling if not treated. In some cases, the condition resolves on its own, but many women with gigantomastia will need to have breast reduction surgery or a mastectomy.

Gigantomastia also goes by other names, including breast hypertrophy and macromastia. 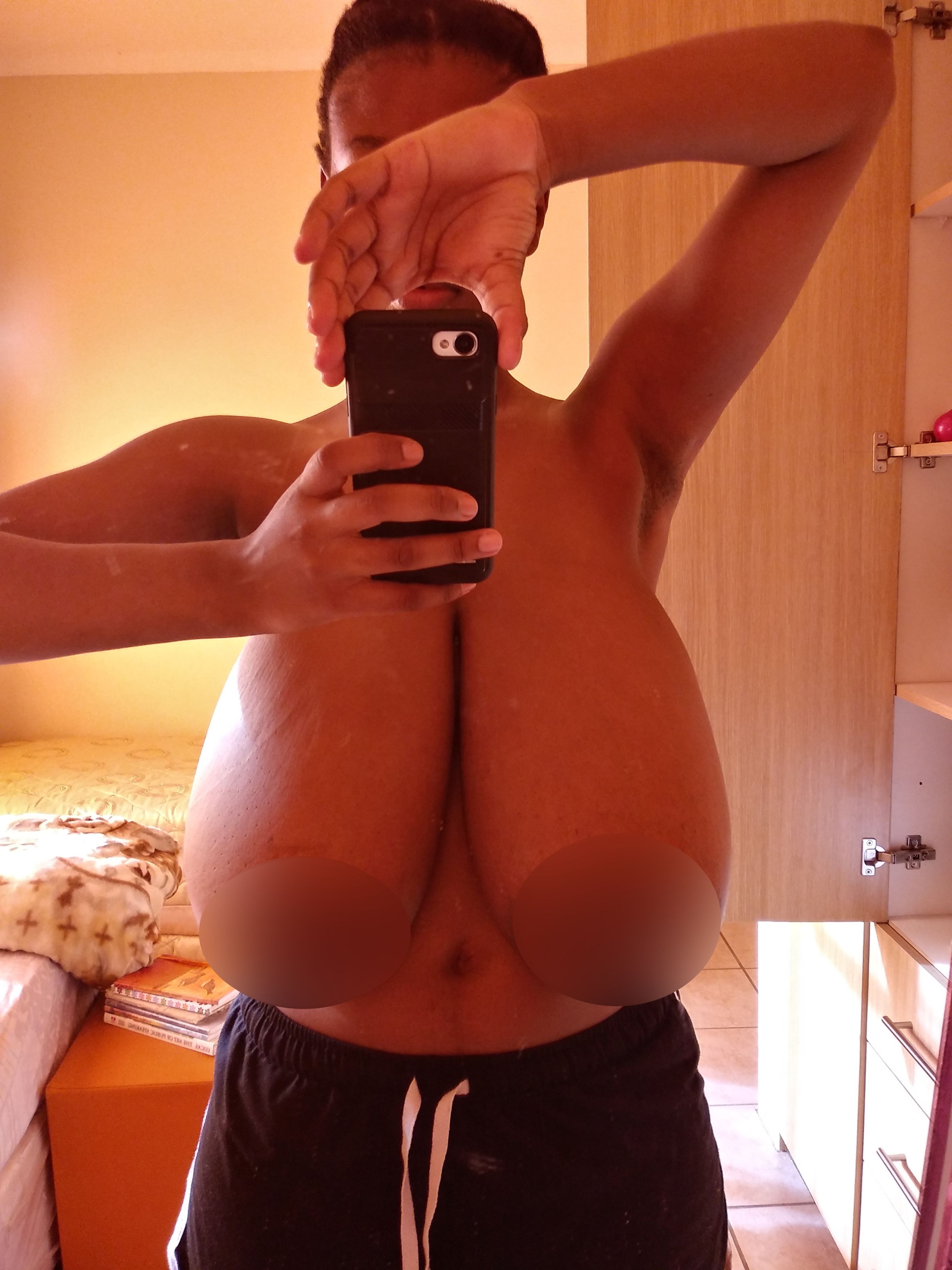 "They’d hit my face and I’d have to hold them because my back was always in pain because they were so heavy.

"Sometimes it would be uncomfortable when someone’s excited about them and you just feel like an object fulfilling someone's fantasies."

In terms of practicality, it'll come as no surprise that Senetisiwe struggled to find bras for her I-cup breasts.

She added: "The last time I was measured I was an I cup – I’ve never heard anyone say they were that size or seen those bras in shops.

"It was a struggle waking up and thinking about wearing something which made my breasts look in proportion to my body, as least sexually appealing as possible and also be comfortable. 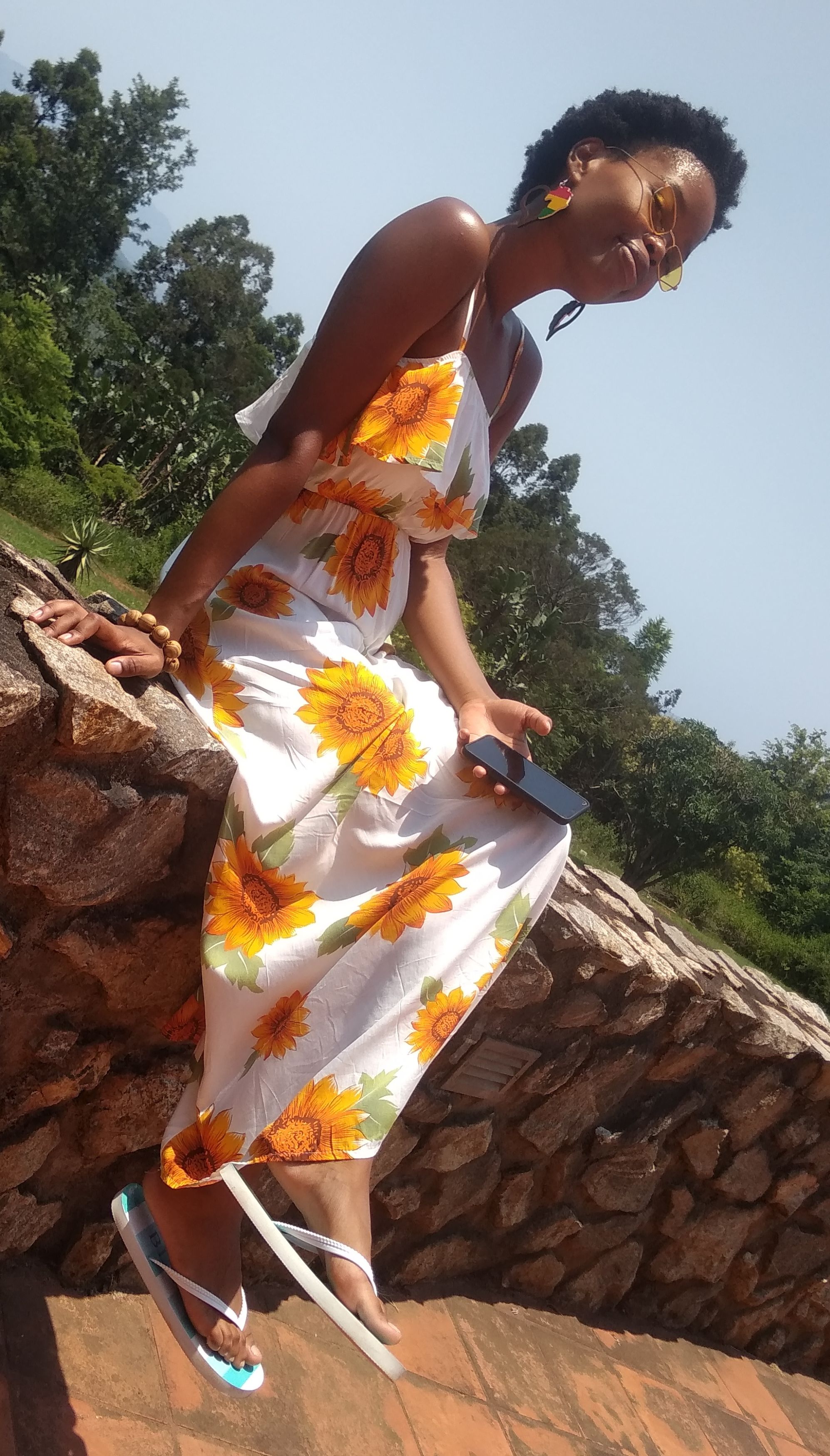 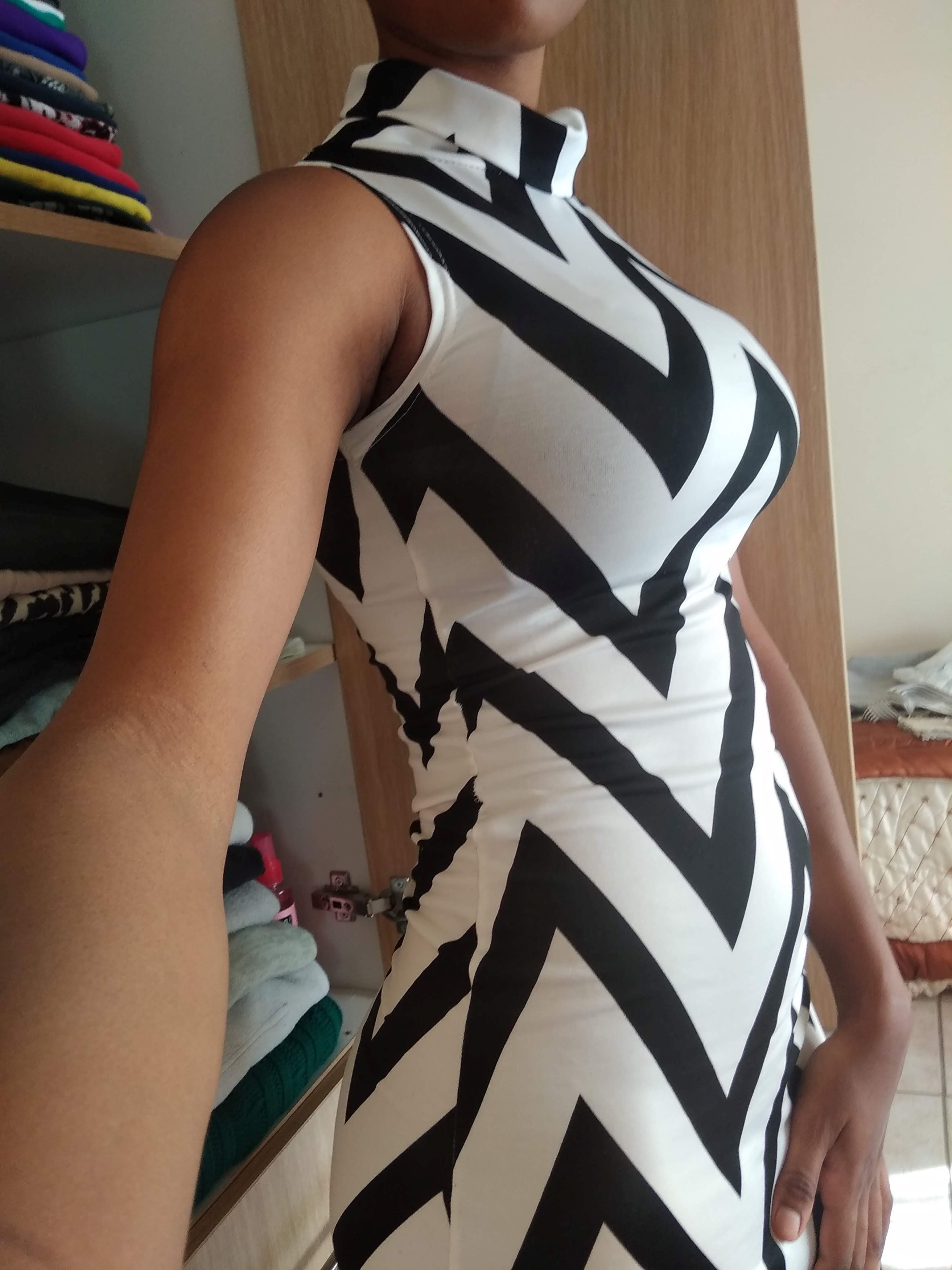 "I had a trick that I used because none of my bras fitted, I’d find the biggest one possible and fit half of my boobs at the top and the rest would hang underneath from the bottom. It was ridiculous but I made it work."

Above all, Senetisiwe says her breasts made her look provocative in everything she wore.

She explained: "Anything I would wear would look very provocative, even though that wasn't my intention, I’d feel very uncomfortable because of the sexual attention I got.

"In places like a supermarket people wanted to touch them without my consent, stared a lot and asked if my boobs were real.

"When I posted pictures on Twitter, people would tell me my photo was Photoshopped and compared to cartoons.

"Some messaged me to tell me about the ‘things they’d want to do’ with my boobs and some said I shouldn’t have had them reduced and just ‘accept the body God gave me'." 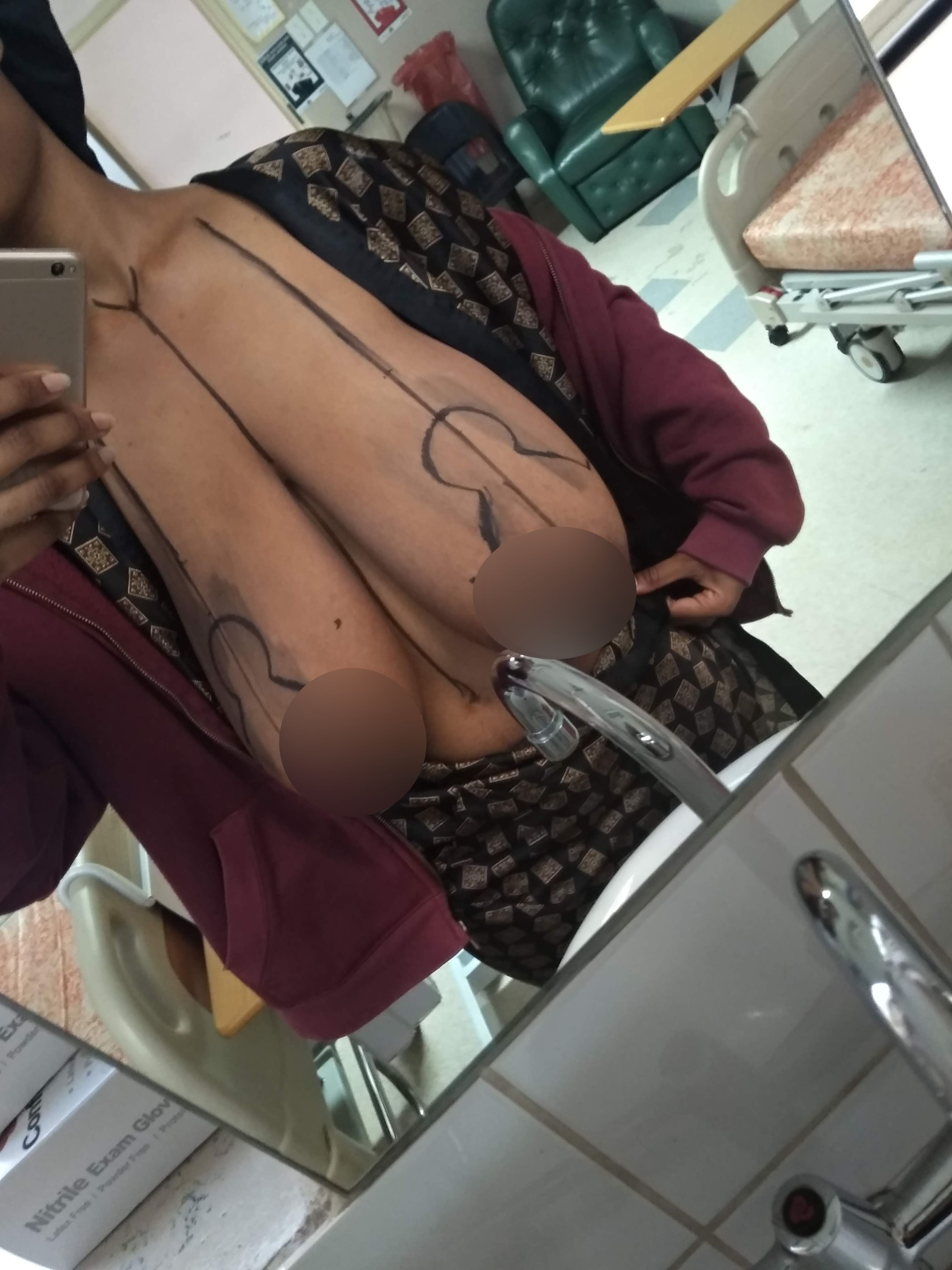 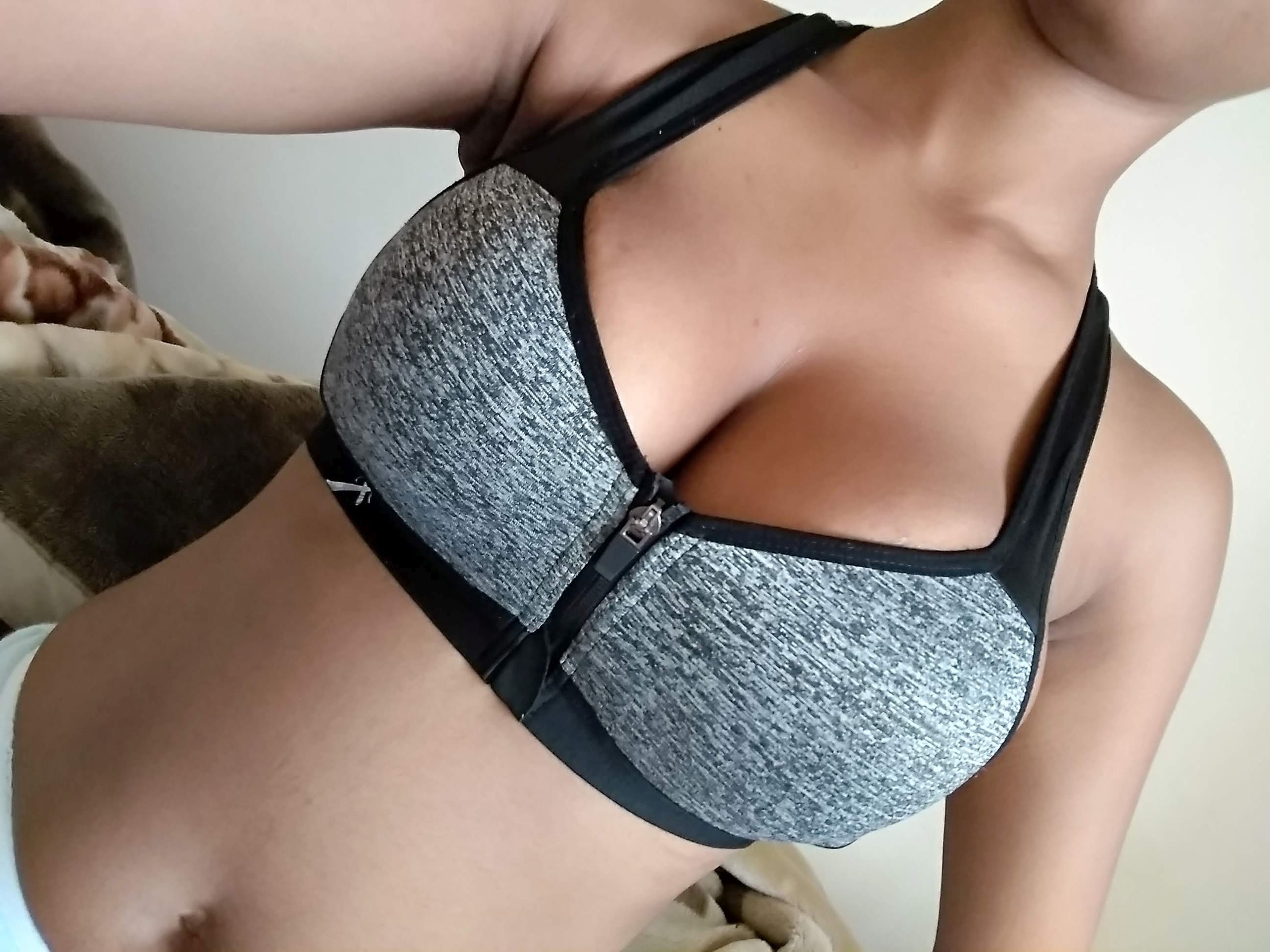 After feeling confined to her home, Senetisiwe went under the knife last year and said she was instantly reduced to tears when she felt her smaller chest.

Senetisiwe said: “I was ecstatic, I knew my life would change forever at that point.

“I was a bit anxious anticipating how they’d look, but I was mostly looking forward to it.

“My excitement and desperation for the operation kept me going and when I finally had my date and was admitted to the ward it was so surreal.

“After theatre they woke me up and I couldn’t open my eyes but the first thing I did was feel my chest.

“I first felt my stomach because that’s where they used to sit and then my chest – I just burst into tears as I could cup them with my hands.

“I was crying saying ‘thank you so much’ – I still had my eyes closed in that moment. It was so special and I still tear up thinking about it as I just couldn’t believe it.”

Senetisiwe saysthe surgery has transformed her life and she now feels she can "do anything".

“No one will understand the personal gratification and relief you get after having all that weight off you," she said. “I wasn’t even completely healed after my surgery but the first thing I did was perform. 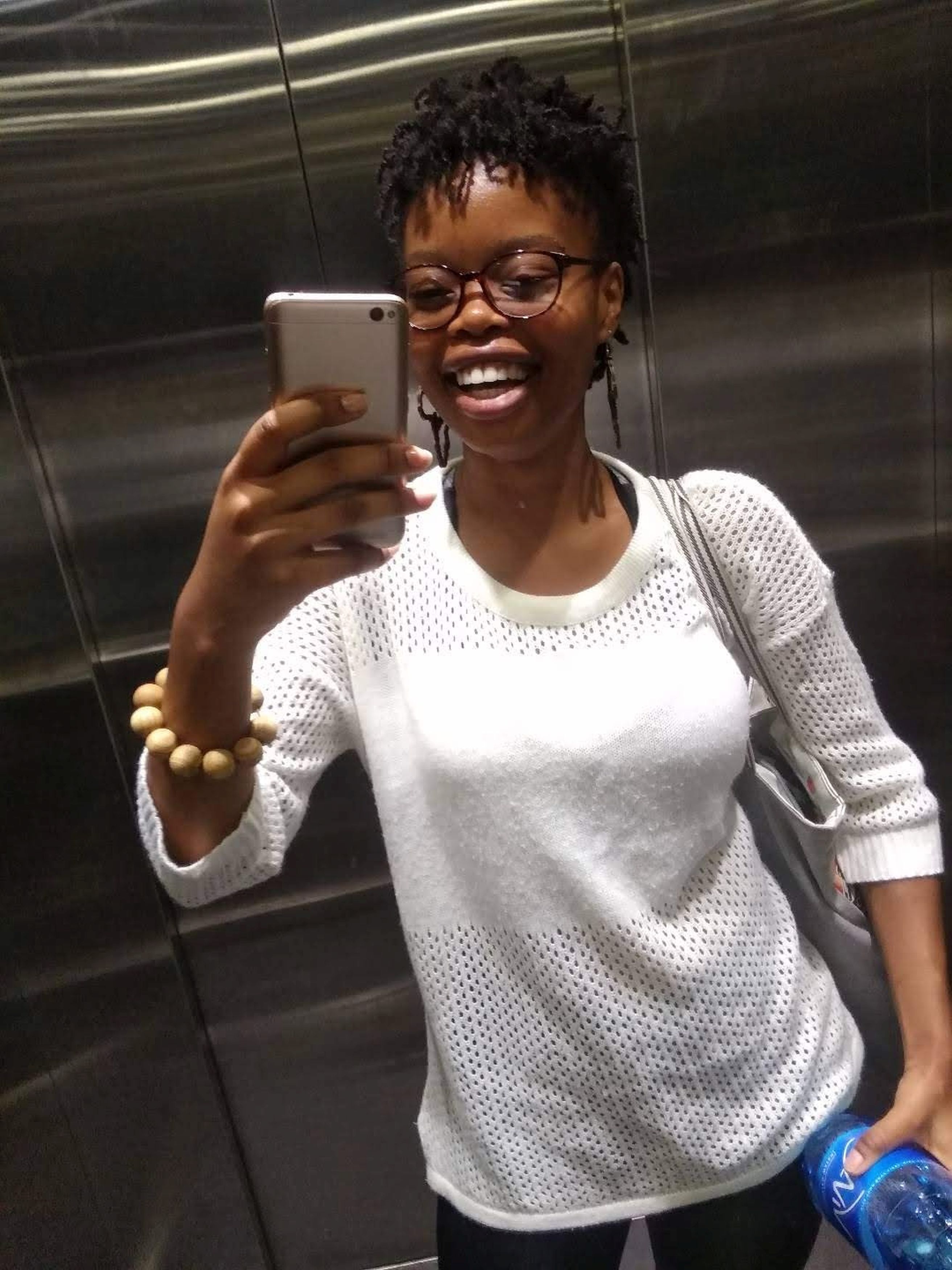 “I was so happy to be out, feeling light with my body looking in proportion – and being seen.

“I can do so much in the day now, I have more energy and endurance and can do anything whether it’s being intimate with someone or sports.

“It’s so much easier to pick clothes and I can wear anything I want – dressing up and wearing new outfits is what I’m excited about now.

“I’m performing more and willing to be around others a lot more and doing things I didn’t think I was capable of doing or have the confidence to.

“Before surgery rejection felt personal and it was very discouraging but now it’s like fuel as I’ll go for different opportunities – it has shifted my mind."

And this Emmerdale star was left petrified of sex after having treatment for endometriosis which was so bad it made lung collapse every month.

Plus this teacher shared her genius ‘cough pocket’ alternative to stop spreading germs during coronavirus.

The Royal Family will have to ‘up their game’ to keep up with ‘lucid’ Meghan Markle, royal biographer says