TWO women decided to get revenge on a flatmate who they claim didn’t pay rent for three months.

TikToker Lud Wid, from Texas, showed her “girls night” clearing out the flatmate’s room and booking a removal van to remove her belongings. 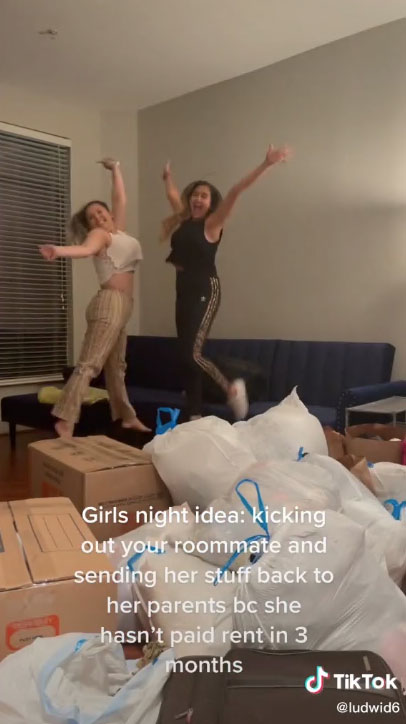 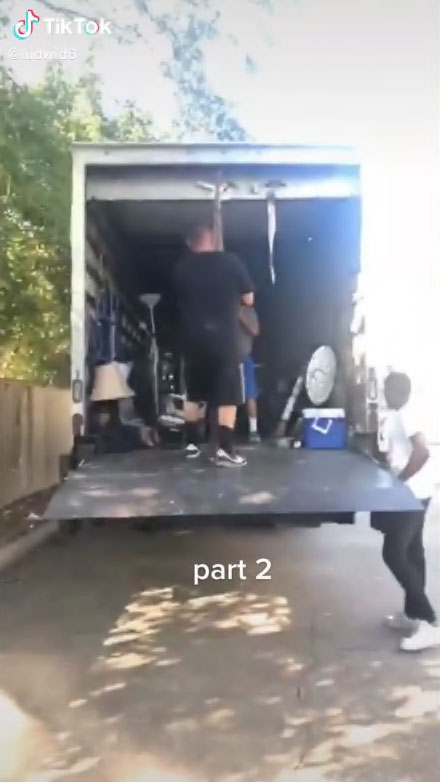 She wrote: "Kicking out your roommate and sending her stuff back to her parents because she hasn't paid rent in three months."

In the clip, the two women can be seen changing the locks and putting all of her items into rubbish bags.

In a follow-up “eviction” video, the flatmate’s room looks completely bare, and her items are then put in the van and dropped off outside her parents’ house.

The TikToker confirmed that she had given notice to her flatmate before kicking her out.

She wrote: "If we were nice enough to move her things just to her parents' house, wouldn't you think we have extended that same 'niceness' to give a notice?

"Also if she was to sue for anything, that is okay. We face our responsibilities gladly! And to those concerned, there was no cat, just the cat tree."

Many people were torn with the act, with one saying: "One month gets leniency, two a warning, three you're done. I agree with what they did completely."

Another viewer wrote: "You were way more gracious than I would have been. And she got free moving service, I would've put it in the lawn."

However, some said it is not “legal” if they were all renting, and it should be up to the landlord. 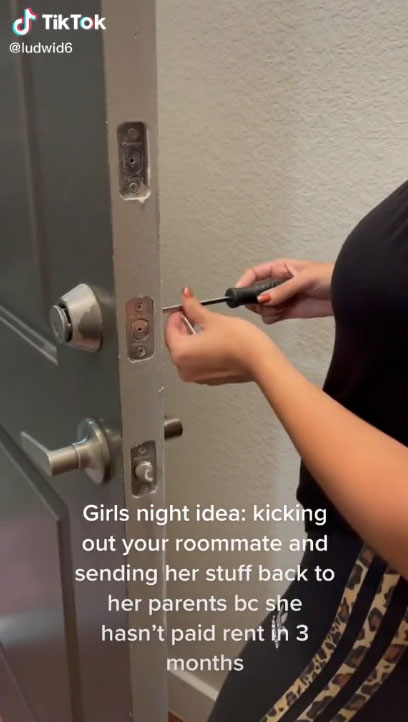 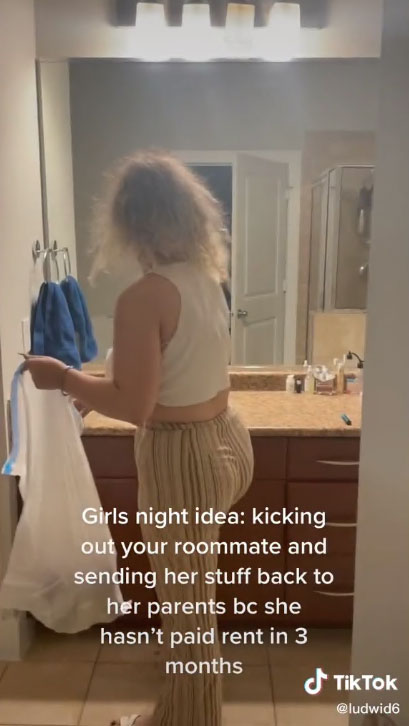 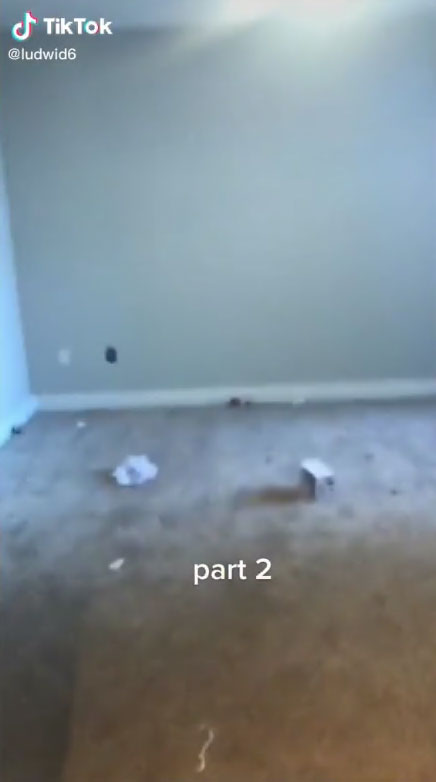 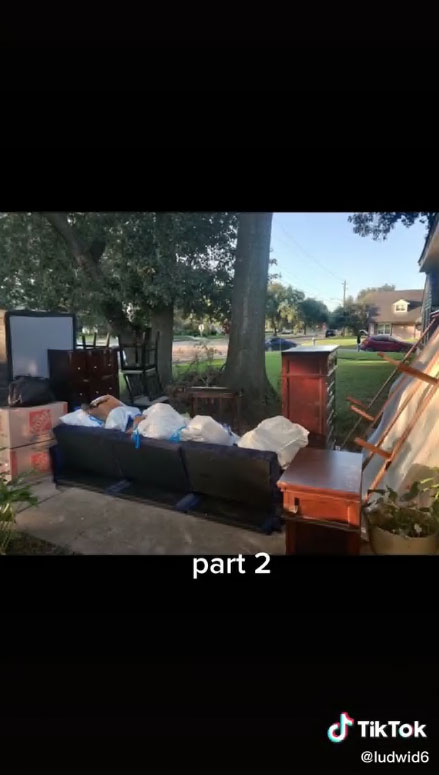 We previously shared how a student got revenge on his housemate for stealing mattress by covering room in 360m of tin foil & wrapping her sex toy.

And people share the most annoying pranks their housemates have played on them… from Gollum in the bathroom to bubble wrap under the rug.

They Learned Early On That Words Matter, and Also Location