Meghan Markle has enviable taste, but her style is often times hard to copy since most of her pieces come from designer brands. But every now and again, her favorite pieces go on sale, letting you copy the Duchess’ look for less. Meghan Markle’s Stuart Weitzman boots are now 70 percent off, letting you nab them for less than $200.

The Duchess of Sussex was spotted wearing the [brand’s] Brooks Bootie during her three-day royal visit to Morocco, where the royal couple visited schools and charities. On the final day of their tour, Markle and her husband, Prince Harry, spent the morning at the Royal Moroccan Equestrian Club Dar Essalam, where children with disabilities partake in equine therapy.

Markle walked through the stables wearing a boat neck Breton stripe sweater, an olive J.Crew jacket, and black skinny jeans. While the look was decidedly casual, she gave it a fashion forward twist by pairing it with four inch stiletto boots. The move proved that mud is no match for her stylist’s eye.

The boots in question are a hybrid between structured block heels and ’80s inspired slouchy boots, making them a casual but polished pick. The Brooks mid-calf boots feature a slightly angled heel, a suede material, and an exaggerated brown leather pull tab on the back. If you don’t like the slouchy look, there is an adjustable shaft that allows you to straighten out the boot to create a sleek and streamlined silhouette. 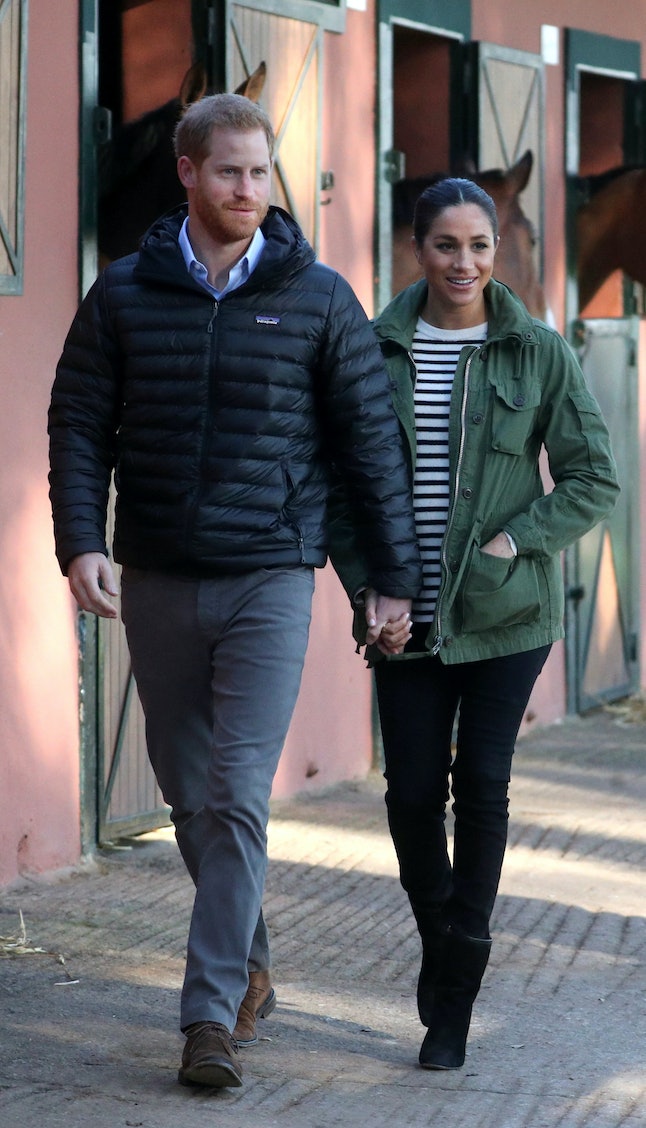 The boots come in three different colors — beige, wine, and black — and the minimalist-leaning Duchess chose to buy the black pair. The shoes are usually $598, but right now they are on a final sale that slashed the price tag by 70 percent, making them $199 instead. 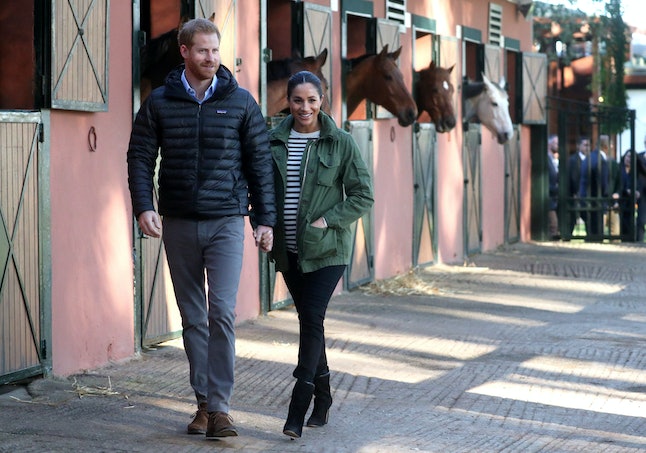 The current sizes available run from 4.5 to 10.5, but knowing the Meghan Markle Effect, you need to act quickly. Whatever the Duchess wears sells out almost instantly. And when you couple it with a mega sale like this one, chances are that sizes will start selling out quickly. 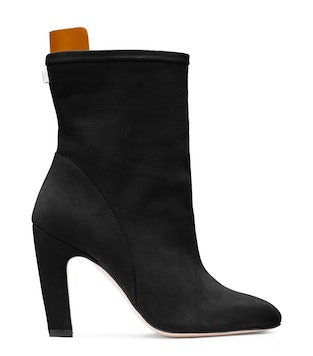 Markle is a committed fan of the Stuart Weitzman shoe brand, and was spotted wearing their shoes during multiple royal engagements. For example, back in October 2018 during her New Zealand tour, Markle wore the now sold out Veruka lace-up boots by Stuart Weitzman while visiting Wellington’s Maranui Cafe. 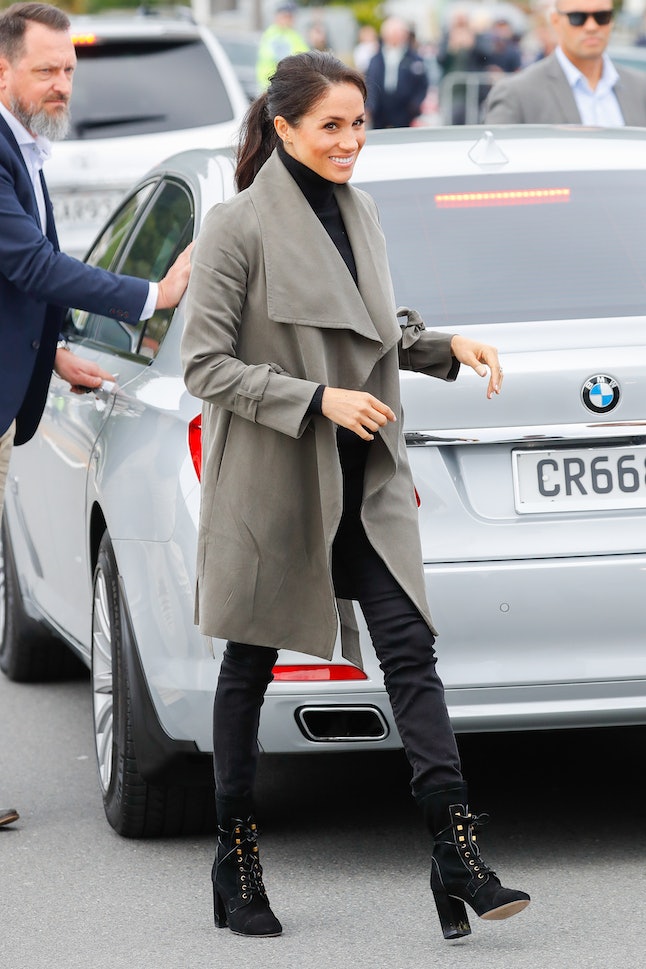 Earlier that summer, in July 2018, the Duchess of Sussex wore the brand’s now sold out beige Legend Suede Pumps during the Your Commonwealth Youth Challenge Reception in London’s Marlborough House. 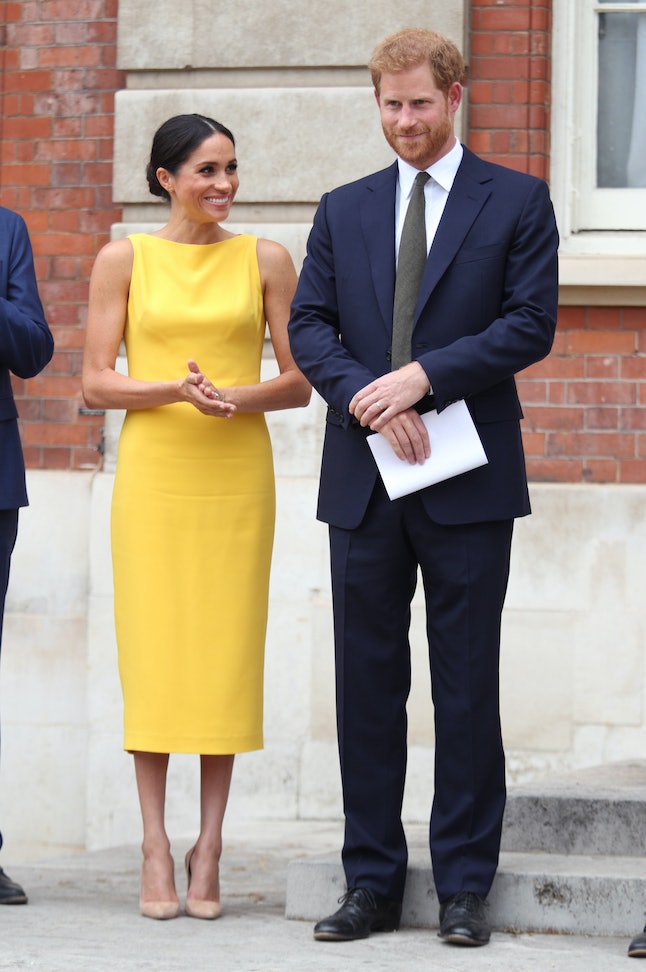 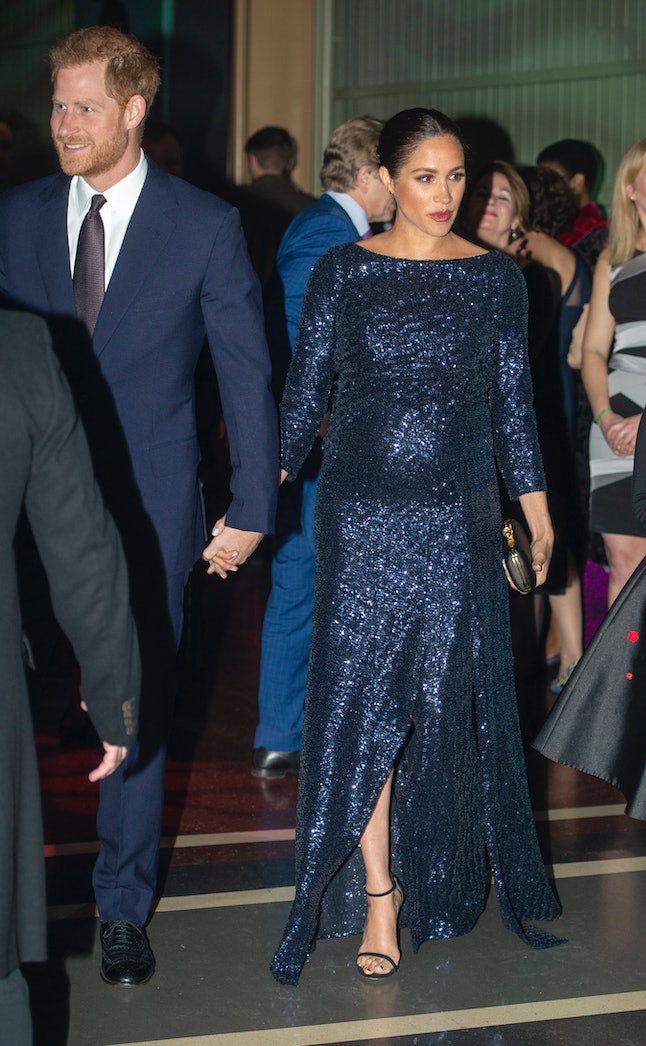 The brand is clearly Meghan Markle approved, and now for a limited time you can get a pair of shoes worn by the Duchess for a bargain. Make those royal fantasies come true without breaking the bank.

We’re a family of four & live in a £1m apartment on a cruise ship, we never have washing to do & get to travel the world